Alex Garland is no stranger to the science fiction genre. From writing the screenplays for both 28 Days Later and Dredd and being successful as a sci-fi author, it is safe to say that he knows the genre well. A fact that becomes even more apparent looking at his second directorial work Annihilation.  But before Annihilation there was Ex Machina, Garland’s critically acclaimed directorial debut. But did this film deserve all the accolades it received? The following review will be spoiler free.

Caleb (Gleeson), a coder for the for the massive tech company BlueBook, has just won an employee lottery. The prize? A one week stay with the brilliant inventor and company founder Nathan Bateman (Isaac) at his isolated home/research facility. Upon arriving Nathan discloses that the real reason for Caleb’s stay is to administer a Turing Test, a test designed to see if a machine has consciousness, to his newly developed AI, Ava (Vikander). Has Nathan truly created the first ever sentient machine? Or is there something much more sinister at work?

image via Geek and Sundry

Garland came up with the idea for what was to become Ex Machina when he was around 12 years old. At the time he had been dabbling in basic coding and experimenting on his home computer, which he felt sometimes had a mind of his own. Many years later after a discussion with a friend who said that machines could never be truly conscious, Garland began to look into the topic himself. During the production of Dredd, Garland had an epiphany and the film Ex Machina was born.

Filming was done over six weeks and was shot entirely in live action. This meant that there was no use of special effects or green-screens during filming. All of the effects were added during the post-production phase. In addition, all the scenes involving Ava were shot both with and without Vikander present. This was done in order to create more “robotic” movements from Vikander’s character. Her main features, such as her hands and face were rotoscoped onto the CGI model for Ava. Thus, keeping Vikander’s performance intact while creating an incredibly realistic robot.

A Sci-Fi Concept Brought to Life

One of the most popular tropes of sci-fi is robots. They are everywhere in science fiction. From the evil ones of the Terminator franchise to the much more subservient kind in Blade Runner. However, much like Blade Runner, Ex Machina tackles one of the trickier questions that arises in conjunction with robots. If a truly sentient robot were created, what would make it different from a human?

From the very beginning the audience is told that Ava is an artificial intelligence. She is not a human being. Yet at the same time Ava’s character feels so real and lifelike that you sometimes forget that fact. You start to believe that this machine, this robot, is a lot like you. And from there you begin to wonder if you can believe that this robot is not so different then what makes you human. That is part of the beauty of Ex Machina. It takes a classic sci-fi trope and brings it to life in an incredibly relevant and significant way.

Ex Machina is Atmospheric and Beautiful

Another part of the beauty of Ex Machina is that it is, well frankly, beautiful. The film is filled to the brim with gorgeous landscape shots. Everything looks and sleek and slightly futuristic, giving off the vibe that the film could become real life very soon. Ava’s model looks what I assume most people would imagine a modern-day humanoid robot to look like. The way that she behaves and acts only adds to this, creating an incredibly believable robot.

The film also does a fantastic job of maintaining a very tense and mysterious atmosphere throughout its length. From the moment that Caleb arrives at Nathan’s estate you can feel that not everything as it seems. As the film progresses you can feel the tension build as Caleb tries to decipher whether Ava is truly conscious. You probably won’t feel relieved until the credits role and even then, you will still probably feel some left over tension.

A Robotic Star Whose Performance is Anything But

One of the best things about Ex Machina is probably Vikander’s performance as Ava. She is really the reason why the concept of this film works as well as it does. She does a fantastic job of towing the line between robot and human. Vikander turns Ava into an incredibly believable robot, while at the same time giving her slight hints humanity that leave the question of her level of sentience very ambiguous.

Of course, the other actors do a very good job. Isaac is very charismatic and believable as the reclusive genius inventor. While Gleeson does a very fine job of playing his opposite as the much more passive and thoughtful employee. The pair of them have very good chemistry together and this makes all of their dialogues feel very realistic.

No Ex Machinas But Still Some Problems

Finding flaws in Ex Machina is very difficult because overall it is an incredibly well made and put together film. But, that does not mean that it is problem free. On the contrary, one of its biggest flaws is that the ending feels very rushed and while you are left with questions you are left somewhat unsatisfied. Also, there are some events that occur with no explanation as to why. They just kind of happen.

Ex Machina is one of those rare films that comes along every once in a while, and just works. The premise behind it is incredibly interesting. The execution of the premise is extremely well done. The performances by the actors, especially Vikander’s, are pretty incredible. The pacing is very well done, aside from a slightly rushed ending. The film is beautiful to watch, and finally it leaves you thinking. Overall, I would have to say that Ex Machina is a film that is a must see for anybody sci-fi fan or otherwise, because it raises the types of questions that will always be relevant. 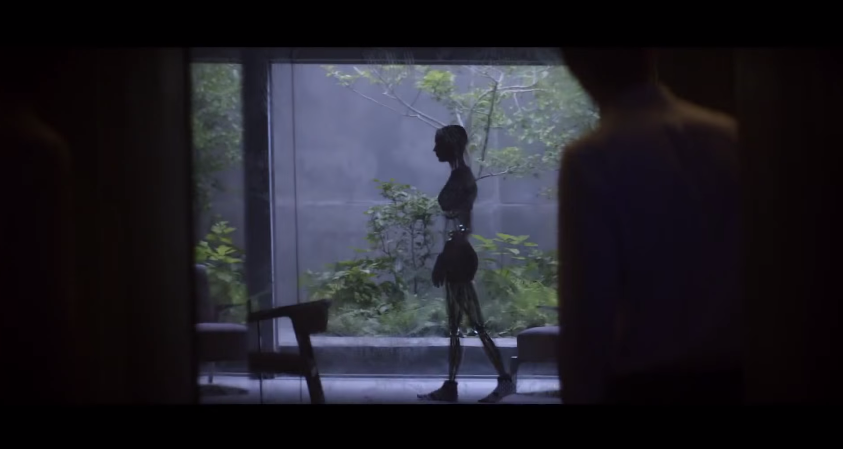 Thanks for reading!  What are your thoughts on Ex Machina?  Comment down below!

‘Driveaways’ is One of the Best Films of...

‘Bad Trip’ is Exactly as Advertised: a Stupid,...

Amazing film! I’m so glad that I watched it and that it won an Oscar. Ex_Machina was actually one of my earliest reviews if you’d like to check it out: https://mastermixmovies.wordpress.com/2017/01/13/ctrlaltdelete/

Such a great creep factor in this movie. Clever and unsettling. Loved it.

I was enthralled with Ex Machina. Glued to the screen from beginning to end — total shock. And there I was thinking she was such a nice girl 🙂

Great review – I haven’t seen this one but I am now official tempted. Thanks for sharing

Great review, I remembered watching this when it came out. It’s an amazing film.

Apparently it is claimed that he Directed Dredd https://www.youtube.com/watch?v=IwtyAMDRcNQ

I really enjoyed this in the cinema when it was released, great post

I watched this with my partner and it was one of those films that had us guessing all the way through what the agenda was with each of the characters.

Vikander was robbed for this. Should have won for this instead of The Danish Girl.