Todd Field's first magnum opus in 16 years is a breathtaking, awe-inspiring examination of how power is defined and reframed. 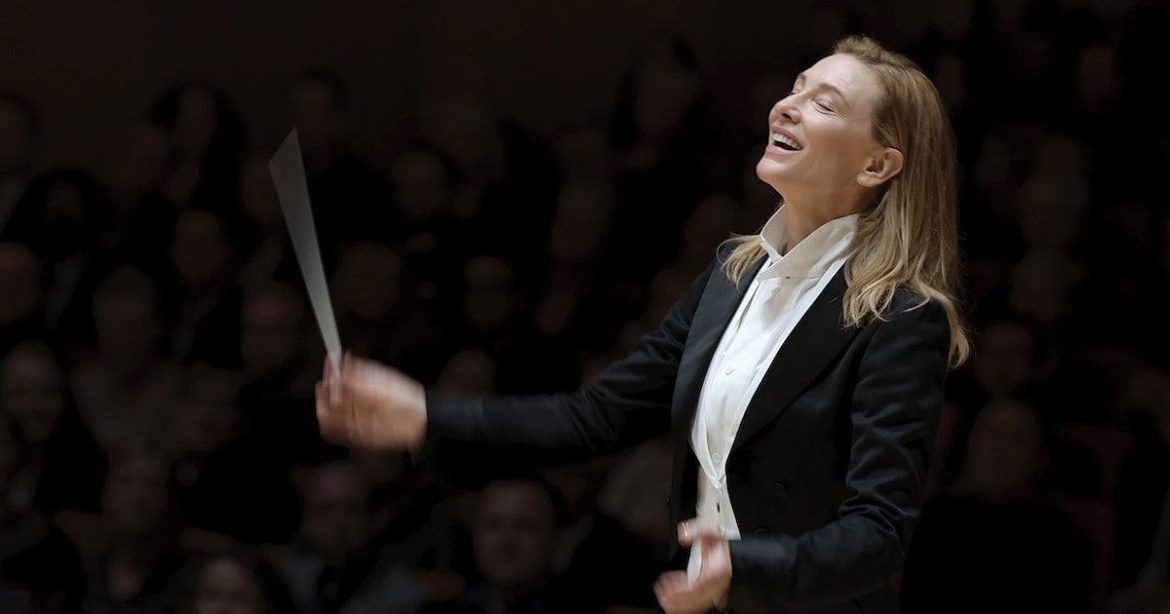 To those even decently well-versed in the classical music world, the name James Levine is likely to bring forth a slew of contradicting reactions. On one end is a sense of deep reverence: Levine was the music director and chief conductor of the Metropolitan Opera from 1976 to 2016, leading many established philharmonic and symphony orchestras in the process, and solidifying a reputation for himself as one of the most prolific conductors of his time. On the other is a sense of abhorrent disgust: Levine had molested at least five different men starting from the age of 15 during his time as a conductor from the 1960s to the 1990s — an open secret in the music world that went unaddressed for decades until he was terminated from his positions in early 2018. He died of poor health in March of last year.

Nowhere is the contrast between these two reactions more evident (and more representative of internet users’ knee-jerk, absolutist reactions to the situation) than a post found in the comments section of an NBC News YouTube video, which covers the initial stages of the Met Opera’s investigation into Levine’s conduct. The comment in question reads: “Mr. Levine should be judged by the beauty of his conducting and not by his unseemly behaviour outside.” Then there’s the first reply to it: “so technically if i am successful i should not be judged for my illegal actions? What sort of logic is this?” It’s a debate about the line between accountability and artistry that’s been brewing in all artistic mediums and their respective industries for decades —  for one, Hollywood is still deeply feeling the aftereffects of the post-Weinstein era, as more horrific abuses of power have been uncovered to great shock over time, many of which have yet to be constructively addressed.

I mention Levine in the context of this debate because Lydia Tár — the eponymous, fictional protagonist of Todd Field’s TÁR, played by a ravishing Cate Blanchett — is haunted by a past that slowly begins to make her the next subject of this debate in the world of classical music. Not the “past,” as in, her career ventures; her achievements are so illustrious to the point where they’re quite literally unbelievable. As The New Yorker’s Adam Gopnik (playing himself) introduces Lydia at the New Yorker Festival in the opening scene of the film, she’s an EGOT winner for her music compositions, respected as well for her conducting at top symphony orchestras in Cleveland, Boston, and Chicago, before becoming the first woman to be the principal conductor of the Berlin Philharmonic, one of the most internationally renowned orchestras of all time. She’s mentored artists like Caroline Shaw (whose “Partita for 8 Voices” plays in TÁR‘s teaser trailer) and Hildur Guðnadóttir (who wrote the film’s soundtrack), and was herself mentored by the legendary Leonard Bernstein. Oh, and lest I forget, she’s about to record Mahler’s world-renowned Fifth Symphony for a Deutsche Grammophon boxset containing her recordings of all ten Mahler symphonies, with a book titled “Tár on Tár” set to be published as well.

No, that past is not what haunts her, and nor should it. It’s the people in the periphery of her life that illuminate more details about Lydia’s standing in the world she inhabits, and the image she’s so carefully constructed for herself. Her assistant, Francesca (Noémie Merlant), has her own aspirations of becoming a conductor, but is stuck having to constantly bend to Lydia’s whims while fruitlessly grasping for a position at the Berlin Philharmonic, almost like a horse with Lydia’s baton-shaped carrot dangled in front of her, and gazing at that carrot with years’ worth of bitter resentment. Lydia’s wife, Sharon (Nina Hoss) — who’s also the concertmaster of the Berlin Philharmonic — calmly works in tandem with her to manage the orchestra’s bureaucratic operations while also raising their adopted Syrian daughter, Petra (Mila Bogojevic), a relationship that finds itself affected by the ways Lydia’s self-serving tendencies upset the balance at hand. The hierarchies in play at the Berlin Philharmonic are ones that Lydia oversees with an iron fist, with her constantly looking over the shoulders of investment banker/aspiring conductor Eliot (Mark Strong) and assistant conductor Sebastian (Allan Corduner), hearing what they have to say about the orchestra’s interests, while shutting down anything that would stop her from obtaining exactly what she wants… both musically and otherwise.

Lydia is someone so deeply entrenched in the authoritarian ways of the male conductors that preceded her — figures like Bernstein, Herbert von Karajan, Daniel Barenboim, and so on—  that she becomes resistant to the more democratically nuanced ways of the modern era. One of the first things you’ll notice about her is that she’s quick to deny that her gender and her sexuality has had anything to do with her rise to power, and peppered throughout the film are sequences that directly allude to how artists and creatives should or should not be separated from their largely messy personal lives. The most immediate standout is an expertly woven-together sequence taking place at a brutalist Juilliard auditorium, where Lydia verbally eviscerates a BIPOC pangender student named Max for their reductionist aversion to Bach’s music because of his misogyny. It’s a monologue praising the “death of the author” and Bach’s undeniable musical influence that Blanchett starts off with confident, sweeping charisma, but also subtly reveals to be a bitter, abusive revocation of what Lydia mocks as “identity politics” that takes on the air of vengeful punditry rather than genuine intellectual engagement about the subject. (And that’s saying nothing about how the blocking and cinematography from Florian Hoffmeister in this scene is nothing short of perfect — the entire thing is shot in one take that lands on multiple fantastic framings each time the camera stops on something.)

It’s this obsession with the old ways, as well as the absence of accountability that comes with them, that leads us back to the past that truly haunts Lydia — a past marked by fleeting glimpses of Lydia’s past protégé that gradually develops into something impossible to look away from, and one that leaks into the attention directed at Lydia’s unusual favors for a young cellist named Olga (Sophie Kauer, who’s actually a professional cellist with serious acting chops), whose modernized, online education in music makes her a uniquely elusive target in Lydia’s sights. This is a film that remarkably examines power from every possible angle — the bureaucratic decisions that leak into personal lives, the small drops of cruelty that accumulate into waves of comeuppance, and the horrific things those of high influence and status are allowed to get away with, until they’re not anymore by the figures in charge of signing their contracts, and until the soaring demand for accountability in the modern world finds its way of catching up to them.

Even for TÁR‘s incredible thematic complexity, Field, with his Kubrickian control of form, depicts all this on screen with such visual and narrative austerity, restricting its use of extreme, dramatic flourishes in the story to allow for quieter scenes that instead contain a great deal of layers, and with Hoffmeister at the camera delivering images that frame the modernist architecture of this film’s countless musical buildings with scalpel-like precision in its widescreen aspect ratio. The sound design is utterly remarkable as well, and for good reason: it shapes the echoic vastness of the Berlin Phil’s performance hall to a point where every one of their rehearsals sounds like you’re hearing the orchestra play live, and heightens Lydia’s sensitivity to noise with a frighteningly convincing dedication to immersion. Whether it be the metronomes that tick in the night, the sounds of the neighbor next door to Lydia’s apartment, or blood-curdling screams that echo out in the woods with no identifiable source, we’re hearing just about everything that Lydia hears with eerie attention to detail, and feeling exactly the same sense of haunted paranoia that she does.

Field’s claims of TÁR being impossible to make without Cate Blanchett’s involvement hold up so well, because absolutely no one — no one! — could have played Lydia Tár like Blanchett does. This is a film that relies both on its main character — whose presence fills up just about every frame of the story —  being admirable in her genius and musical prowess, someone who can make the air in the room completely still whenever she raises her arms on the podium, while also being far too narcissistic and dismissive about the consequences of her actions to even be remotely respectable as a person. But Blanchett pulls that balance off so well that Lydia Tár becomes her best role yet: not only is the sheer dedication to the role obvious in the way she conducts, plays the piano, and navigates her way through orchestra rehearsals, but it’s also in how all of these things contribute to how she expresses the ways that Lydia quite literally contains multitudes. Combine that with how Field’s austere writing-directing makes it seems like you’re gazing at this character in a documentary or an adaptation of a biography, and it makes for a character study so complete that you could psychoanalyze Lydia like you would any historical figure of great artistic significance.

In terms of films that examine figures of importance in the worlds they exist in, the most recognizable analogues to TÁR are perhaps Paul Thomas Anderson’s There Will Be Blood and David Fincher’s The Social Network — the former being about how capitalistic, epochal institutions like the oil industry have enabled sociopathic megalomaniacs like Daniel Plainview to achieve success, and the latter being about how those same institutions, born from the exploitative minds of men like Mark Zuckerberg, have reshaped themselves to fit the internet era and permanently redefine the cultural landscape. TÁR is an examination about the overlap of those two worlds — the centuries-old machinations of the classical music world and its similar enabling of narcissistic authoritarians throughout history, clashing with the redefined values of power and accountability in a post-2020 internet age, centering itself around the life of a single figure who is as repugnant as she is undeniably brilliant.

By the time TÁR reaches its perversely hilarious final shot, it’s run through every nuance of a character who finds herself at the epicenter of a cultural reevaluation, one that would have been done a major disservice had the film indulged in more typical, absolutist conclusions about it. As of right now, this is the definitive film about the conversation surrounding “cancel culture” and the history it involves in that same conversation — a momentous achievement in a thematic distillation of societal relevance that Field, Blanchett, and all others involved in this film have reached with virtuosic skill.

Thank you for reading! What are your thoughts on TÁR? Comment down below!