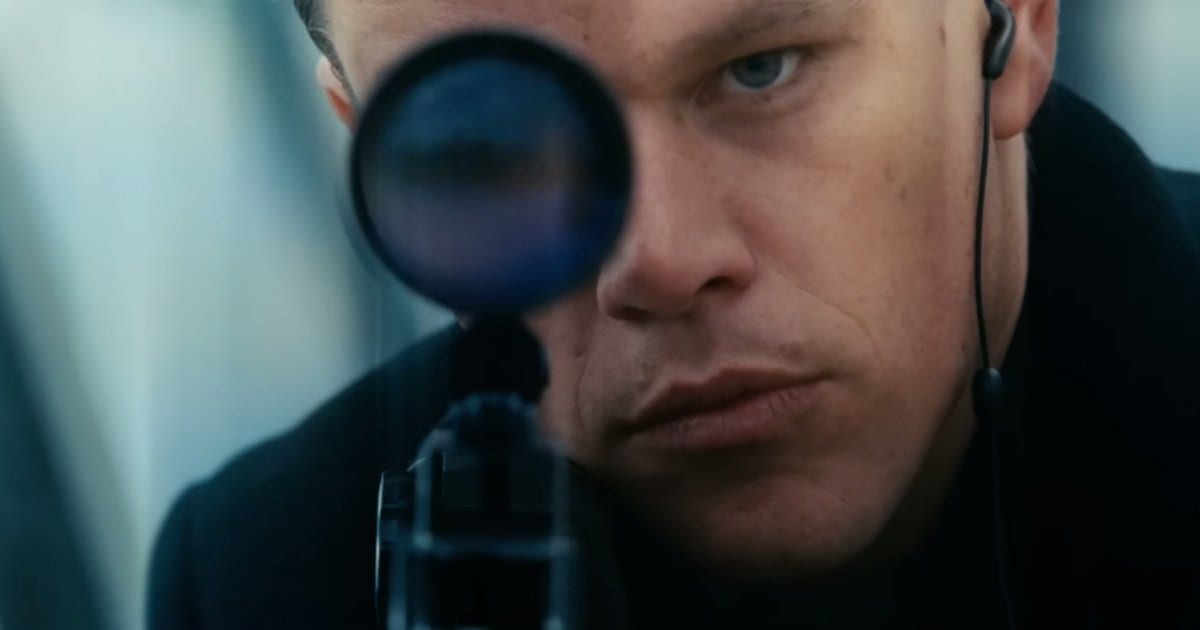 We only see a very small sliver of what truly goes on in the lives of Hollywood’s best. What does Danny Devito do after a long hard day of being America’s biggest sex symbol? Where does Harrison Ford go once he’s finished angrily pointing at bad guys and shooting off a few guns? Does Anne Hathaway have a guilty pleasure of binge-watching Spongebob Squarepants and eating Poptarts? What are their secret lives like?

These are the things we need to know. It’s not right that the people we admire so much are hiding a large portion of their lives from us. We deserve to know who they are behind closed doors.

There is no such thing as anonymity in Hollywood. Come out, come out, wherever you are, Meryl Streep. 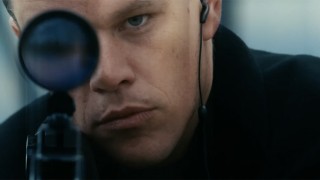 You may be under the impression that Matt Damon only played a hardcore spy in the movies. However, in his off hours, he often finds himself under the direction of the president for various missions. One of his more famous ones is the assassination of noted terrorist Osama Bin Laden.

Under President Obama’s direction, Jason Bourne AKA Matt Damon journeyed to Pakistan and murdered the kingpin of al-Qaeda. You may have heard that Seal Team 6 was responsible for this particular mission; unfortunately, that’s just another cover-up. To help keep Damon’s true identity a secret, the Defense Department concocted Seal Team 6 and now uses it to refer to any mission that Damon undertakes.

Keanu Reeves is a Metalhead

Whenever a metal or punk band is missing a member on tour and need a quick replacement, they call for Keanu Reeves. You see, Reeves has the disheveled, hungry look of a starving rockstar. He can stand in for anybody in any rock band and no one will notice.

Remember that Fall Out Boy concert you went to a few years back where the bass sounded just slightly off but you figured the band had a few too many beforehand? That’s right — Reeves stood in for Pete Wentz. And it’s not only the looks he has down either — he can even play a few notes. Last time he had to sub in for A Day to Remember, he was able to rock a four-chord song with almost no trouble (the first few notes are always the hardest).

So, though you may not enjoy all of his movies, know that Keanu Reeves will always be there for you and Asking Alexandria.

You remember those girls in school who were obsessed with horses? The ones whose whole personality revolved around the fact that they absolutely loved horses (though they’d probably never ridden one)?

Yeah, that was Winona Ryder. Unfortunately, she never grew out of that phase. So, on the weekends, she spends her weekends traveling to rural California and taking selfies with random horses. Afterwards, she posts them on Instagram with captions like “Love my babies!” and “Just another day out with Spur” and then puts lots of heart emojis. 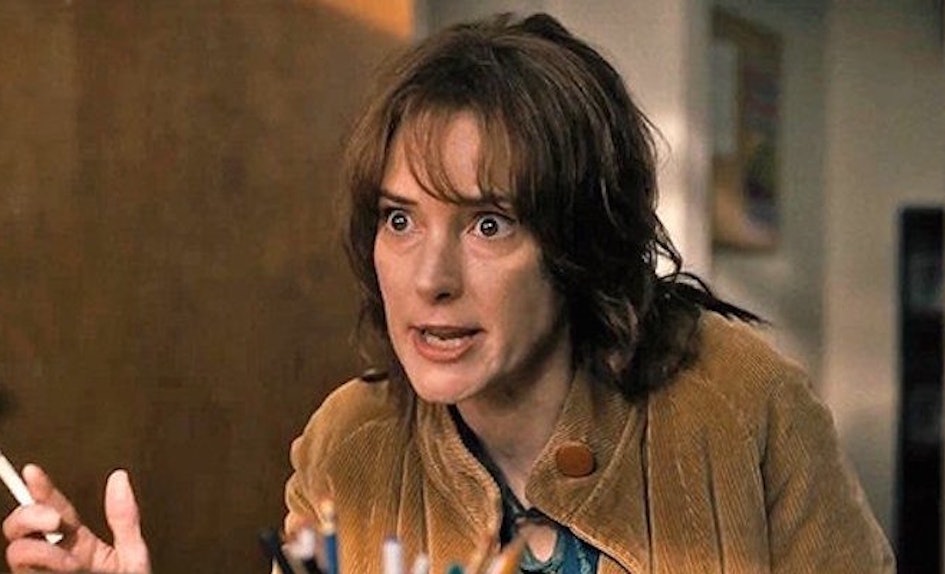 While this may sound strange, just be glad that she isn’t a witch. When she was a young girl, she was given the option of practicing witchcraft or pretending to be an equestrian trainer. She chose the latter of the two and now we just have horse-girl Winona Ryder and not witch Winona Ryder.

This one shouldn’t really be a surprise to anybody, but it’s a well-known secret in Hollywood that Tilda Swinton spends her off-time at her home in Antarctica. If she spends too much time in warmer climates like Los Angeles, her skin melts off and it’s horrifying.

Something that she’ll always be grateful for is the fact that director Andrew Adamson allowed her to bring her pet polar bears to the set in The Chronicles of Narnia: The Lion, the Witch, and the Wardrobe (2005). They made her feel so much more at home and they even played a small part in the film.

However, filming Doctor Strange (2016) almost killed her as she had to shave what little hair she had protecting her head to play the role. There were a couple close calls, but she made it through. What an actress!

Kelsey Grammer is Our Editor

Surprise! You guys may have wondered how we have such superb articles. Well, here’s the secret: our editor’s last name is Grammar! Well, it’s Grammer, but that’s beside the point.

The point is that Kelsey Grammer has a secret life that he hides from the world. He prefers to stay behind the scenes and direct others more, something he enjoyed doing during his time on Frasier. Editing for this site is the perfect outlet for him and he excels at it.

While he can be demanding (he insists that we cater to more high-brow audiences and review more foreign films), he is a wonderful editor and lives up to his name by making our articles the best they can be. He definitely lives up to the name Grammer!

Ellen Degeneres is a Famous Breakdancer

Bgirl Ell-D — or Ellen Degeneres, as you most likely know her — is probably one of the best bgirls in the world. She has it all — toprock, footwork, and power moves for days.

You may have thought that Degeneres merely loved to dance on her talk show; even then, it was never anything too crazy — maybe a few fist pumps and a jump or two if things got real wild. However, it’s all a clever ruse. She hides how well she can dance so the competition underestimates her. Remember that back injury? All a big cover-up so Bboy Diablo wouldn’t figure out what a great dancer she was.

You ever wonder why tWitch took the job as the new DJ of her show? He’s one of the greatest dancers in the world; he knows exactly what he’s doing. He’s trying to get close to her and learn everything she can teach him. Smart move on his part, in my opinion.

The only question is how much longer can she keep up the charade? Her secret’s bound to get out sooner or later — it’s only a question of when. 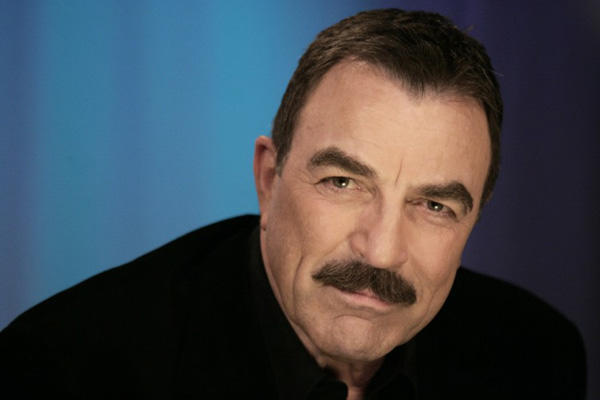 Have you ever seen Tom Selleck without a mustache and not been insanely creeped out? That’s because his hair grows at an unnatural rate compared to the rest of us. While it usually takes a week or two for the average male to grow a respectable mustache, Selleck can grow one in under twenty-four hours. That’s why if you ever see him in a role without his mustache, know that it was a very taxing role and he put his heart and soul and facial hair into it.

Since he has so much hair, he likes to do what he can with it. He supplements his income by selling his mustaches on Ebay. The last one sold for over $400. He also sells a lot of it to wig shops and to people with cancer. I mean, if he’s growing that much hair anyway, it might as well go to a good cause.

The most he’s ever made from a single mustache is $5,000 (it was sold near the series finale of Magnum P.I.). However, he can still pull in a few hundred a week from his mustache business.

Thanks for reading!  What are your thoughts on the secret lives of actors and actresses?  Comment down below!

The 5 Best Characters in ‘Friday’