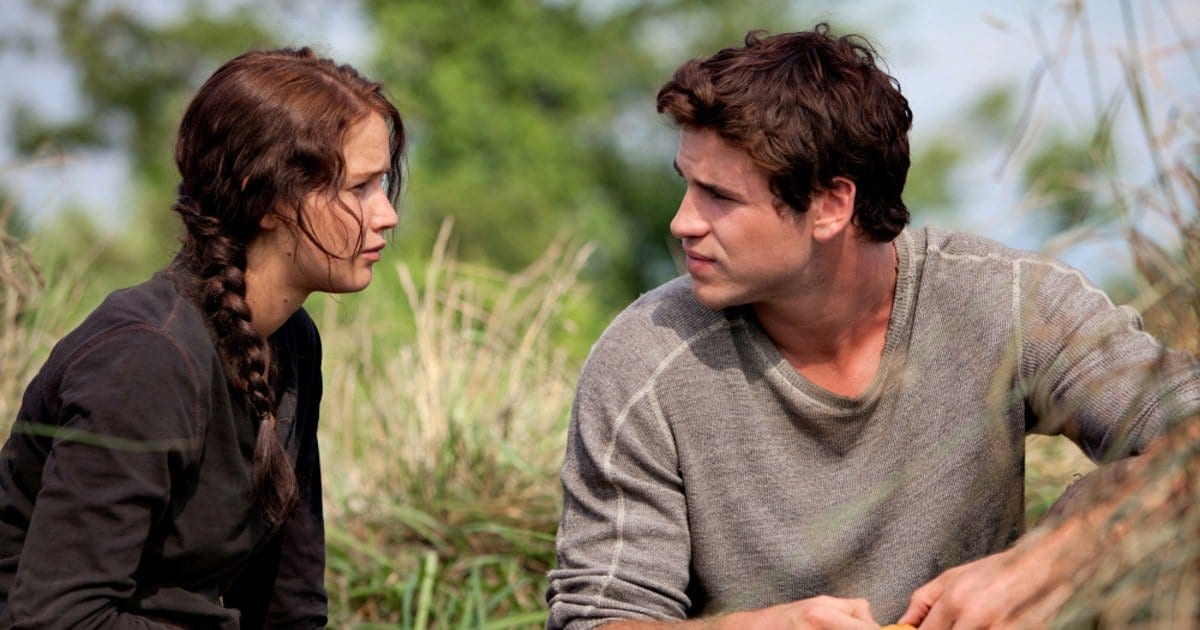 Now, the Hunger Games may sound like a horrifying bloodbath, but don’t forget, you can also find love there! Of course, you could spend the whole games obsessing over the welfare of your family and nonsense like that, but why would you? You wouldn’t want to be worried about your sister when you have all these eligible bachelors and bachelorettes running around trying to kill you!

Without further ado, here are some tips for you to find love of your life during the fight of your life!

Don’t be afraid to cry a little or even get yourself gravely wounded to attract the gaze of that cute girl from District 12! After all, she’s helpless, too! You’re all helpless pawns of the Capitol. Take it from our man, Peeta! 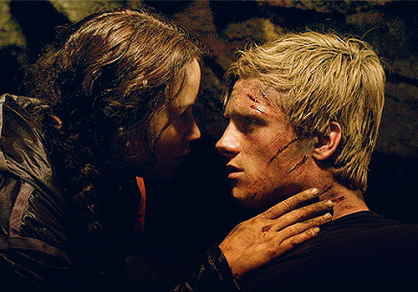 Image via Shut Up and Watch the Movie

“I honestly have no survival skills whatsoever and the only thing I know how to do is decorate cakes,” he said cheekily as he tried to hold a stubborn Katniss’s hand. That’s right, sweetie! Play hard to get! “So, I painted myself like a rock and hoped that one day she would almost step on me. It worked!”

Tell each other about your deepest, darkest secrets. Listen to how the star-crossed lovers of District 12 did it!

“He asked me what my favorite color was. I wanted to kill him for asking such a personal question but I told him it was green,” the Girl on Fire told us, with an edge of obvious love in her voice.

When we asked her what his was, she shrugged and said, “I don’t remember. I’ve had other things on my mind.” We understand, Katniss! Trying to start a family can be difficult, and a miscarriage can make that doubly so.

But you must admit, those two sure know how to keep the romance alive.

Really want to get that girl to notice you? Here are some brave ways to try and kill yourself and gain that much-desired attention:

Image via Books, Flicks, and Chardonnay

“I’ve tried most of these,” Peeta remarks casually while winking at his wife. “They seem to work.”

Katniss had no comment but the fire in her eyes revealed her passion for her husband.

Tip #4: Try to Kill Them Yourself

Why wait around for your crush to get injured so you can be their knight-in-shining-armor when you could just as easily wound them yourself and gain their affection?

The easiest way to do this is pretend that your crush is a member of a dangerous rebel group trying to bring down the Capitol. With the threat of civil war fueling your anger, do your very best to strangle your crush so that others are forced to sedate both you and her.

The best part about this is now you both get to overcome your PTSD together!

“I felt bad trying to kill her,” Peeta admitted, “but it was definitely worth it!”

“What is this interview about?” Katniss said. That girl! Such a kidder!

Tip #5: Use Kissing as Communication

Next time you’re around that much cuter guy that you should probably be with instead, let your lips do the talking (and I don’t mean with words). He says he wants to rebel against the capitalist government? Kiss him. He says he’s worried about you? Kiss him. You’ve just shot some random animal and want to celebrate? Kiss. Him.

“I did this with my best friend, Gale,” Katniss explains. “He loved it. It made Peeta jealous and I loved leading on two different boys at the same time. I mean, I wasn’t in love with either, really. Kind of like friendship with benefits.”

Like I’ve said before, these two really are romantics! 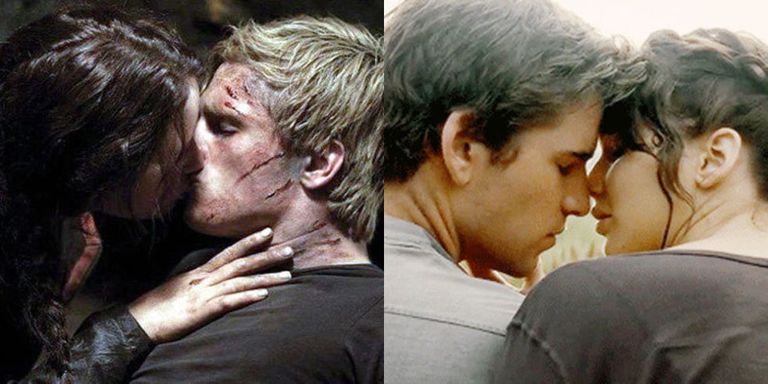 This is a tip our very own Katniss Everdeen prefers. With her overdose of PTSD, she often ends up screaming during random times or at random things, such as when she’s illegally hunting turkeys or yelling at her cat. This elicits a feeling of empathy in her squeeze, Peeta Mellark, who also suffers from PTSD but does so silently.

“Honestly, sometimes I’m not even screaming at anything. Sometimes I just scream when I’m bored and want someone to talk to. Someone always comes running.” She smiles slightly at her little joke. What a player!

Opposites truly do attract! We sincerely hope that their life is filled with many blessings from the Capitol and without any of that rebellion nonsense the districts are going on about!

Thanks for reading!  What are your thoughts on finding love in the Hunger Games?  Comment down below!

I read your article its such an amazing. If you want to buyt this product checkout the link below.
fcicomposites

Shirts are the perfect key to everyday style. Our Multi-Colored Women’s Shirt Tops, both strict and casual, come in many colors, patterns and styles.

Peer To Peer Lending Lets you to lend the money and get interest rate on lending your amount.

VoIP Business brings quality services of internet telephone that helps you to build up your business. It enhances your business communication all over the world. If you want to increase your business reach must visit VoIP and book your plan. VoIP

i saw your article. you are doing a great job. carmandee offers the sale of best cars from all around the world. you can also get used cars in Pakistan.

Ahh, finally, now we can all find our own PEEEEEETA!