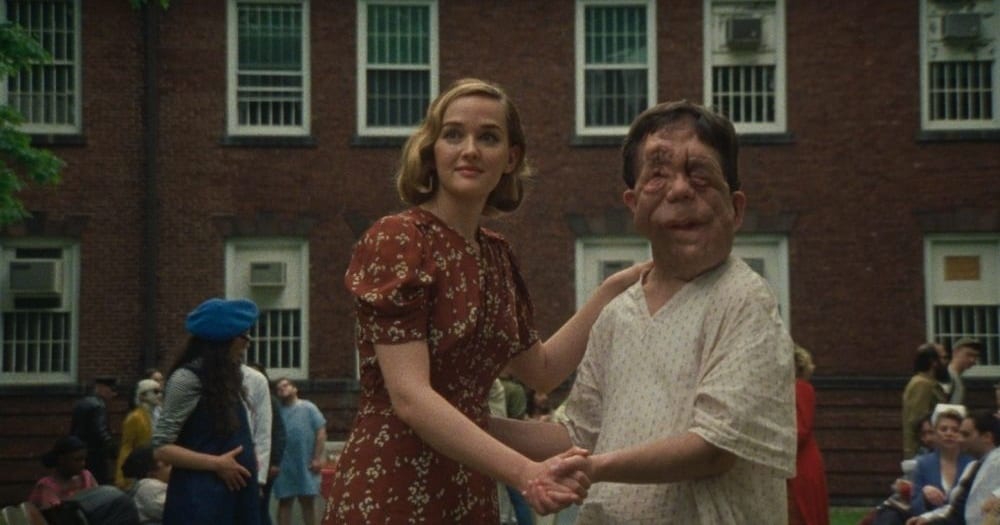 Melbourne and Sydney cinephiles craving cinema that is bold, subversive, unconventional, or just plain bizarre have rejoiced with the inaugural Fantastic Film Festival Australia. Over 2 weeks in late February and early March, the festival has treated audiences with a program of 25 exciting films the world of international genre cinema has to offer. Whether it’s mutant zombies, serial killers, dreamlike animation, surreal psychological terror or a forgotten 80s Ozploitation heavy metal time travel musical (yes, you heard right), FFFA has provided patrons a smorgasbord of the weirdest and most wonderful of outsider cinema.

I had the pleasure of interviewing Fantastic Film Festival Australia’s festival director, Hudson Sowada for an episode of Another Bloody Movie Podcast. We discuss the process of putting the festival together as well as highlight many films that screened. That episode is now available on Soundcloud (embedded below), iTunes, Spotify and wherever you get your podcast fix.

I managed to catch 13 of the 25 films programmed festival. Here are some brief reviews on a few of the films I saw:

7 Reasons To Run Away (From Society)

It wouldn’t be a genre festival without an anthology film. This Spanish black comedy consists of 7 absurd short films each about a different facet of dysfunctional society (Family, Solidarity, Order, Property, Work, Progress, and Commitment). It’s a great idea on paper, but unfortunately, the execution of the satire is rather stale and juvenile.

The first two segments are genuinely great. The dry, deadpan humor works tremendously and the nihilistic satire and social commentary are effective. The ‘Solidarity’ segment which follows an African child from a charity commercial who magically crawls out of the television and into the living room of an elderly couple is by far the film’s peak. It’s a bizarre concept even for this film, but it’s the most poignant and insightful segment as you see this elderly couple do everything they possibly can to ignore the problem that is literally staring them in the face.

Unfortunately, the rest of the segments are incredibly one-note. Despite being roughly 10 minutes each, they feel as if they would be better suited as 5-minute sketches for a web-series. The ‘Order’ segment, which just 2 people who cannot figure out what number comes after 6 is emblematic of this. An entertaining and absurd concept for a short that is over-labored and drawn out to the point where the humor is no longer clever or funny and you are just getting beaten over the head with the film’s thesis of “People are Awful”. After a promising start, 7 Reasons quickly devolves into a series of comedic misfires that should have been punchier and had a lot more to say.

The festival kicked off with Aaron Schimberg’s treatise on filmmaking, representation, storytelling ethics, and perceptions of beauty. Chained for Life follows Mabel (Jess Weixler), a self-involved, beautiful actress cast in a horror film directed by a pompous, pretentious filmmaker with the visage of a 70s Werner Herzog and the attitude of Lars von Trier. On set, Mabel and her co-star Rosenthal (Adam Pearson) a man with a facial deformity begin to develop an unlikely friendship.

Chained for Life is effortlessly sweet and charming while also heavily critical about the film industry and the horror genre itself. Rosenthal along with his other deformed and disabled cast members are the villains in the film being made and are seen as this monstrous other on set. They are objects of ridicule and they’re made to stay in the hospital set rather than at the hotel with the rest of the crew. But when the image-obsessed Mabel gets closer to Rosenthal on and off screen, they decide to make their own film.

It’s a fascinatingly subtle film that explores the treatment and representation of marginalized people in Hollywood in unique and effective ways. Whether it’s the camera holding on Mabel while Rosenthal, any of the disabled cast, or even a Nigerian limousine driver are talking about their life, we never see it through them. A great little film with a heavy heart and a lot to say.

We’ve already had an anthology film and a black comedy wrapped up in one with 7 Reasons. Now we have another genre film festival staple: the claustrophobic isolation thriller with the Danish film, Cutterhead. The film follows Rie, a reporter visiting an underground tunnel boring machine to write a piece on the workers building the metro train system in Copenhagen. When a machinery malfunction occurs, Rie and two workers, Ivo and Bharan are trapped in the airlock of the machine’s cutterhead. With oxygen running out, tensions boiling and cabin fever all starting to settle in, they make a desperate plan for escape.

The angle Rie is trying to get on her story is that the metro tunnel is ostensibly a microcosm for Europe; people from different countries and all walks of life coming together to make something incredible. However while trapped in the airlock, this supposed unbreakable unity is tested as it crumbles in a time of crisis. Debut writer/director, Rasmus Kloster Bro has an adept method of escalating tension and fear among the trapped trio that is genuinely unnerving without the need for narrative contrivances.

Evoking the terror of films such as Buried and The Descent without the use of a traditional horror or genre device, Cutterhead is a thrilling ride of piercing, realistic fear that does not exhaust its efficient 84-minute runtime and will have you holding your breath until those credits roll.

The film follows Kanako, a woman working a dead-end advertising job looking to escape her boring life. Looking for some quick cash for a trip to Mexico, she unknowingly takes a one-off job as a getaway driver for an assassin. When her passengers are captured and killed by a notorious crime boss, her life is spared to work in a secret diner exclusively for elite assassins, operated by hard-nosed, authoritative head chef and former assassin, Bombero.

Diner is about as crazy as you would expect a hyper-stylized Japanese action film to be. Whether it’s the eccentric and deadly ensemble of bloodthirsty regular customers, the lurid neon-drenched lighting, rose petals and cherry blossoms perennially falling from the ceilings,  kinetic close-quarters fight scenes and shootouts with a refreshingly strong sense of spatial awareness or even Bombero’s CGI pet bulldog, Diner is chock-full of devilishly entertaining insanity around every corner. Amidst all this ultra-violent action, Ninagawa is not afraid to steer into soap opera melodrama. While the overblown sappiness in on par with heightened reality the rest of the film is operating at, these moments still carry an earnestness and emotional beats that land.

Unfortunately, it struggles to maintain this frenetic atmosphere and pace over its 118-minute runtime. Sequences become played out, repetitive and it just leaves you waiting for the next action sequence to commence. A tighter edit would have benefited Diner greatly, but there is still a lot of fun to be had. Order up!

Thank you for reading! What are your thoughts on the Fantastic Film Festival Australia 2020? Comment down below!

[…] seen hotels just as tacky, filled with tourists and locals alike. Sean Baker captures a perfect microcosm for the area, where all walks of life and living situations exist within a few blocks of each […]