‘Red Dot’ Is Only Watchable Under Very Specific Circumstances 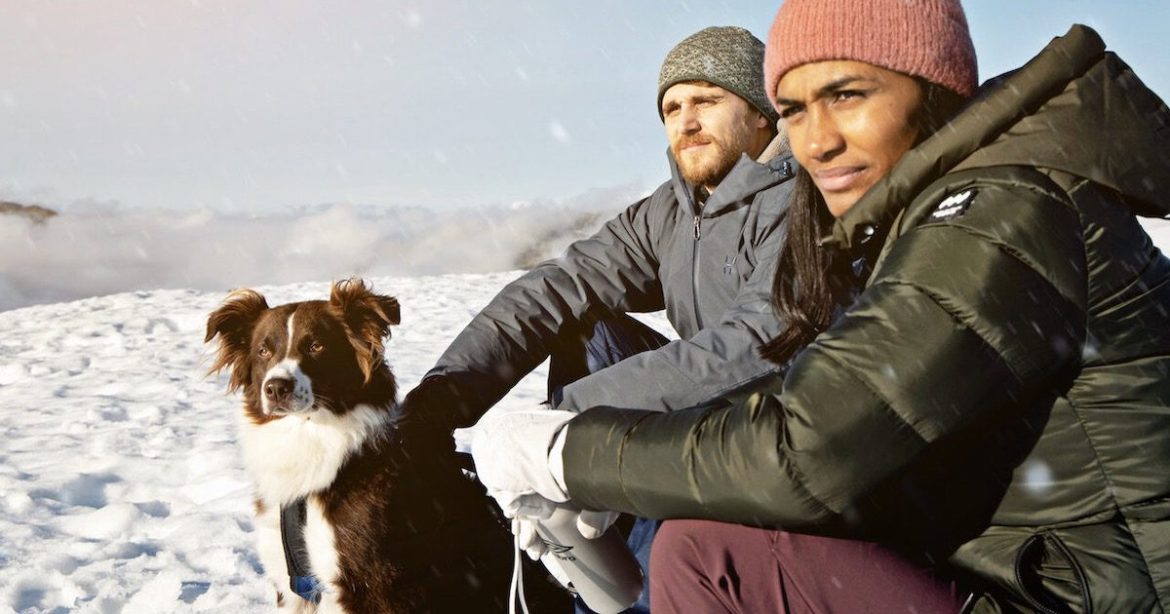 Well, it couldn’t last forever, could it? Week after week, I have been able to watch and review some splendid movies on this very site. Unfortunately, Red Dot is not one of them. In fact, I’m very certain this thriller will make it onto my list of worst movies of 2021. What a disappointment, especially because the trailer looked so promising and mysterious.

I have said it before and I’ll say it again: the screenplay is the heart of the movie. If it fails, the whole film fails. This is certainly the case for a thriller. Even when a film has phenomenal performances, a great soundtrack, and mesmerizing cinematography, nothing can save it when it’s based on a lousy screenplay. And that’s the major problem with Red Dot.

Yet, the movie is off to a good start. David and Nadja are a young couple whose marriage has seen better days. In order to rekindle their union, they are off to the north of Sweden for some outdoor activities. But then something sinister happens. In a gas station, they run into two brothers who clearly have some problems with Nadja’s darker skin. As does one of the owners of the hotel where they spend their first night. Once they have arrived at their final destination, however, they soon forget these particular worries.

At night, while they are trying to catch some sleep, a red dot suddenly appears in their tent. They hear a gunshot. In total confusion, they run outside into the freezing night. A sniper has it in for the young couple and starts chasing them, wounding David in the process. From that moment on, the couple has to fight to survive. But who is this shooter, and why is he after them?

Like I said, not a bad start! The problem is that director Alain Darborg then introduces a very Shyamalan-like twist. Of course, you remember The Sixth Sense; its gimmick remains an all-timer. Although, if you had paid attention to certain details leading up to Haley Joel Osment’s confession, you could have seen it coming. And, even better, the movie still makes total sense after you realize the big reveal. That’s the big difference from Red Dot. Because after the twist, the movie falls completely apart. As a viewer, you feel totally cheated. You could say it takes more after Shyamalan‘s later, less graceful revelations.

I may sound harsh, but I can certainly forgive a few mistakes. After all, there is no such thing as a perfect movie. (This certainly isn’t) But the film makes a few more fatal mistakes. After the tip of the cap to M. Night Shyamalan, Red Dot seeks inspiration from one of the greatest directors of our time, Quentin Tarantino. There is indeed a violent ending with guns and even a drill. (Side note: is that possibly a reference to Eli Roth? Maybe Hostel I and /or II?) Don’t expect any brilliant moments of dialogue though. For the rest of your life, you will have to live with this infamous line: “Now you feel”. All this makes the ending very ludicrous.

It’s a shame, honestly. Especially for the principal actors, Nanna Blondell (Nadja) and Anastasios Soulis (David). They deliver good performances. You won’t hear me complain about the cinematography either, especially when the action moves to the north of Sweden. But neither can make up for how convoluted Red Dot becomes.

It’s easy to point out the mistakes in Red Dot. But what could have saved it from being such a bad movie? Should Darborg have stuck with the racism theme he introduced at the start? Or should he have made something closer to a survival of the fittest movie, pitting man against nature? After all, most of the action takes place in a beautiful but harsh environment. Or should he have added a serial killer into the mix? Your guess is as good as mine.

Nevertheless, there are some very specific circumstances in which Red Dot becomes “watchable”.

For the rest of you: watch something else.

Thanks for reading! What are your thoughts on Red Dot? Comment down below!