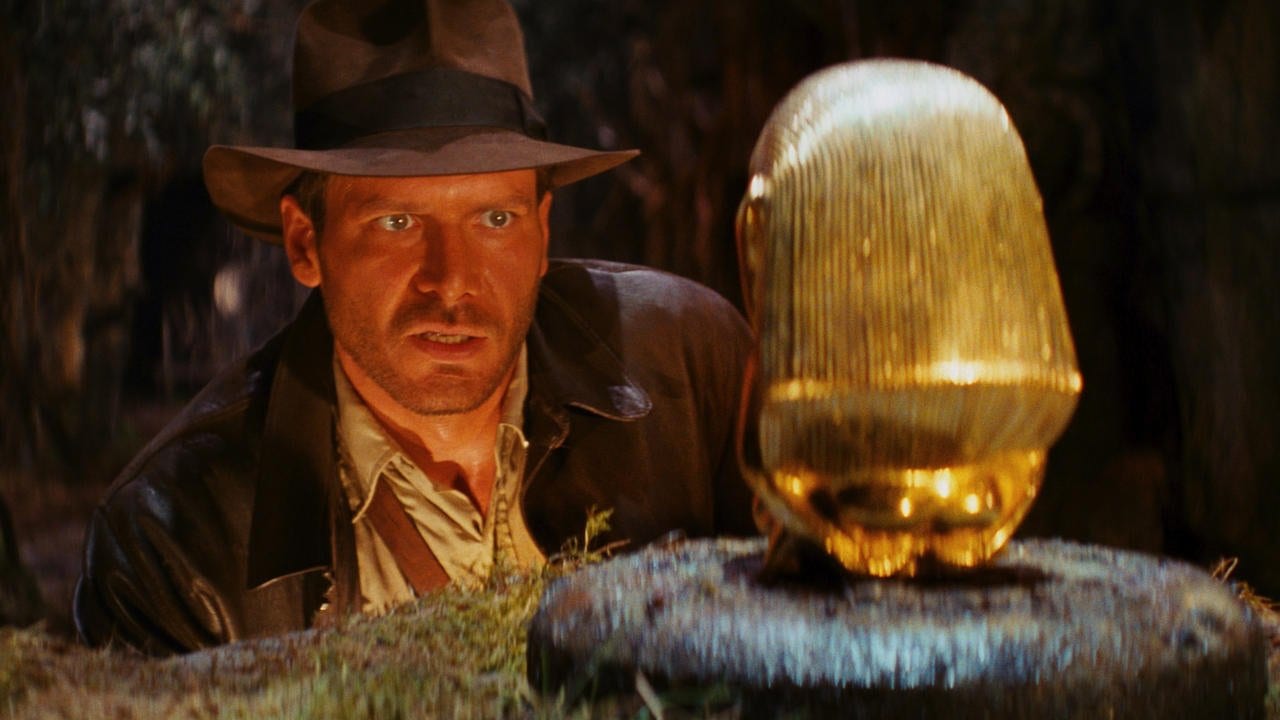 While many have tried, many have failed to capture the magic that Steven Spielberg’s Raiders of the Lost Ark contained when it hit theaters in 1981.  The film is beloved by many and holds a prominent spot on the IMDb Top 250 List.  But can the film still be loved today or is it a product of its time?  The following review will be spoiler free.

Raiders of the Lost Ark is directed by Steven Spielberg and stars the famous Harrison Ford alongside Karen Allen and John Rhys-Davies.  We follow an archeologist named Indiana Jones (Ford) that is far from ordinary.  After losing a golden idol in the Peruvian jungle, Indy learns of a plot by Nazis to find the Ark of the Covenant which is rumored to have unimaginable powers.  But with the help of Marion (Allen) and a special medallion to help show the way to the Ark, Indy and Co. look to thwart Hitler’s dastardly plan and save the day.

Beloved by many, Raiders of the Lost Ark is on the tip of everyone’s tongues when it comes to their favorite films of all time.  The film was even included in the U.S. Library of Congress National Film Industry, citing that the picture was as culturally significant as it was entertaining.  Raiders of the Lost Ark has continued to be revered, having a prominent place on many lists ranking the best movies of all time.

Although he may have sullied his name in later years with the much maligned Star Wars prequels, George Lucas and his production company Lucasfilm were heavily involved in the production of the famed adventure film.  Surprisingly, every major Hollywood production studio initially passed on the film, citing its costs and unfair deals that Lucas was offering.  Thankfully, Paramount Pictures eventually agreed to finance the film after cuts in the cost of production were made, which eventually gave the film its improvised feel that we all love due to some creativity from Spielberg and Ford both behind and in front of the camera. image via Dude I Want That

We all love Raiders of the Lost Ark.  Everyone has their favorite moments that have been well-documented through time.  So, this review will attempt to look into the more subtle, less discussed moments of the film.  Got it?  Good!

To start off, from watching this film again, you can tell how much of a master Spielberg is behind the camera.  Through subtle camera work, Spielberg perfectly ratchets up the tension in every single scene that calls for it.  Every scene that Indy must carefully retrieve some object or slip by undetected uses a similar technique.  Spielberg does not cut, which only makes the tension of the scene more palpable as Indy sneakily accomplishes his task.  Additionally, Spielberg slowly pans in on Indy or the scene, which only puts you more on the edge of your seat as you wait for the scene’s conclusion.

The budgetary constraints that the film had may have actually improved the final product.  Spielberg has cited in the past that these constraints forced him to be more creative as a director.  He once exclaimed that they would keep scenes to only four or five takes at most.  This is certainly an explanation for the longer takes that feel wholly original and “lived in.”  Had he had more of a budget, Spielberg noted that he may have made a more “pretentious” film.

The set pieces of the film are pretty outstanding, but what people fail to realize at times is the practicality and stunt work involved.  Most of those large columns and sets aren’t CGI, folks.  How impressive is it that Spielberg and company were able to create a film that is so aesthetically pleasing?  The film feels a little dirty, which is perfect for the type of adventure present.

The practical effects of the film add to the realistic, swashbuckling nature of the film.  You feel as if you’re right there with Indy.

Moreover, Ford was notorious for wanting to do every single stunt himself, which only makes the film more believable.  There’s a certain quality to actors doing their own stunts that subconsciously makes the viewer more invested in the film.  I call it the “Tom Cruise Effect.”  You can’t quite put your finger on it, but your mind knows that it’s real.

However, the best characteristic of Raiders of the Lost Ark is certainly the characters.  Harrison Ford completely embodies Indiana Jones, perfecting the quirks of the character that makes him so beloved (“Why did it have to be snakes?”).  However, the most underrated character of the film may be Karen Allen’s Marion Ravenwood.  In a time where the helpless damsel was very prominent, Allen perfectly undercuts the archetype of the woman in a man’s adventure movie.

The characters perfectly fit the tone of the movie.  The film has suitably over the top villains that are perfect foils to our leads.  In a film that revolves around people attempting to find the Ark of the Covenant, every seems to have the same idea about what trait their character should embody: fun.  The amount of enjoyment that the actors have is pretty contagious.  You can’t help but enjoy the ride along with them.

Raiders of the Lost Ark may be the perfect adventure film.  It’s got heart, action, and an ever-present sensation of fun.  It gets an A+.  By design, nothing in this film feels pretentious or staged.  Allowing all the characters to breath and have the freedom to improvise gave this film some of its best moments.

If you haven’t seen this film yet, what are you waiting for?

Thanks for reading!  How do you feel about Raiders of the Lost Ark?  Comment down below with your thoughts!

Great review, I totally agree with you on Karen Allen’s performance. Raiders has been my favorite film for as long as I can remember!

After I rewatched again for the review I’m seriously considering adding it my my favorite movies list!

Hey, great post- a fun read, perfect really for such a light-hearted adventure romp as Raiders. Makes me of a mind to watch it again…

Thanks so much! I’m glad you enjoyed it!