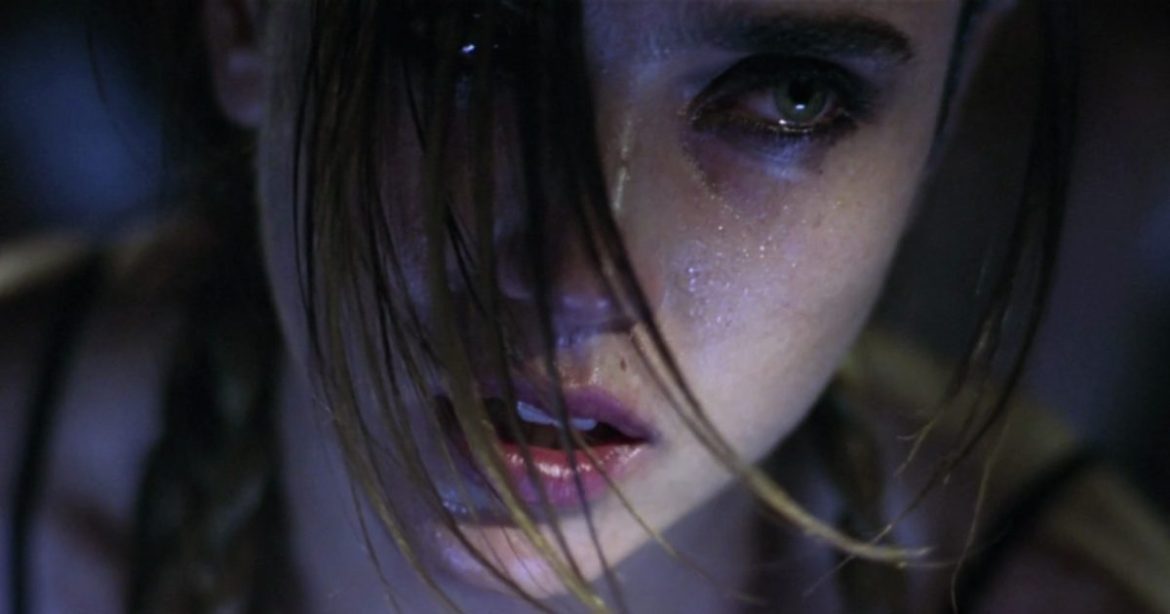 I’d never actually seen Requiem for a Dream before and I realized that there was a good reason for that after I watched it: it scared the living daylights out of me. Of course, the subject matter was heavy to begin with, but some moments purely floored me.

I won’t be able to do justice to the naked shock I experienced watching Requiem, but I’ll do my best. Here are five of the most shocking moments from this bone-chilling film.

After scoring a hit, Tyrone (Marlon Wayans) decides to spend some sexy time with a girl. However, before he can get down to his dirty business, he stares at the bathroom medicine cabinet for a while. It’s disconcerting to say the least; the girl eventually asks him what in the world he is doing. Tyrone mumbles something about the mirror being cool (a completely normal thing to say to a girl you’re about to have sex with). Suddenly, Tyrone has a flashback to his childhood and sees his mother. The startling realism of the tender moment breaking in on Tyrone’s more carnal pleasures took me off guard. This was when I realized I was not ready for this movie.

At this point in Requiem, Sara Goldfarb (Ellen Burstyn) has been on her diet pills for months and she keeps needing more and more just to feel okay. After a particularly bad trip, Sara runs screaming out of her house in the revered little red dress that she planned to wear on TV. Once she reaches the TV studio, she is a mess — sweaty, dirty, eyes wide as dinner plates, and babbling complete nonsense to the reception.

I found this moment so sad. It was so depressing to think about where Sara used to be in her life and then see how far she had deteriorated. When the police eventually come to take Sara to the hospital, the pitiful looks on the faces of the employees at the TV studio are just the icing on the cake. It left me dumbfounded.

#3: Why is the refrigerator doing that???

If the rest of this movie didn’t put you off doing drugs, I hope this scene at least scared the mess out of you like it did me. Once the fridge starts attacking, you know that it’s too late for Sara. You can’t just recover from something like that.

As silly as it sounds, this was one of the scarier moments in the film. Sara had spent most of Requiem for a Dream being scared of food and the refrigerator in general because of the diet she is on. This moment is just the pinnacle of all that fear and anxiety coming to a head in the most horrifying way possible. I never knew that a fridge approaching me in a jerky fashion would show up in one of my nightmares.

Christopher McDonald is pretty unsettling when he wants to be; when he and his whole brainwashed audience come out of the TV and start doing the conga around Sara, I wanted to turn the movie off. It reminds me of a dream I had when I was painkillers recovering from my wisdom teeth surgery. Everything is so disjointed and nothing makes sense and please just make it STOP. When the TV crew starts adding grotesque makeup to Sara and leering down at her like some sort of zoo spectacle I was on the verge of tears.

Also, something about the conga is very disconcerting to me.

#1: The final sequence that will haunt my dreams forever

Of course, the final sequence is by far the scariest and most shocking sequence of this film. A big part of that is Clint Mansell’s unsettlingly beautiful score that accompanies. When you set that to a collage of increasingly disturbing pictures flashing before you, you have some nightmare fuel.

In the last few moments, we get to see how all of our characters have deteriorated into husks of their former selves. Sara is in a mental institution, nearly unrecognizable by her friends. Harry (Jared Leto) is in jail with Tyrone. Due to a disgusting infection on his arm from shooting up, Harry has his arm amputated in a traumatic operation. Tyrone is working in the jail and suffering from severe withdrawal and guilt. And Marion (Jennifer Connelly), Harry’s girlfriend, is selling her body in the most degrading way just to score a little hit. The audience is treated to a cute little slideshow of their demises that gets more and more frantic by the end.

I knew that Requiem for a Dream would end like this, but I wasn’t prepared for how it would make me feel. I was confused and uncomfortable and just wanted to shut off the movie. But I had to keep going. And now, I am scarred for it.

Thank you for reading! What are your thoughts on Requiem for a Dream? Comment down below!

[…] first experience with this movie was after getting my wisdom teeth out. I was quite out of it and a little bit nauseous, so I was understandably confused. The plot […]