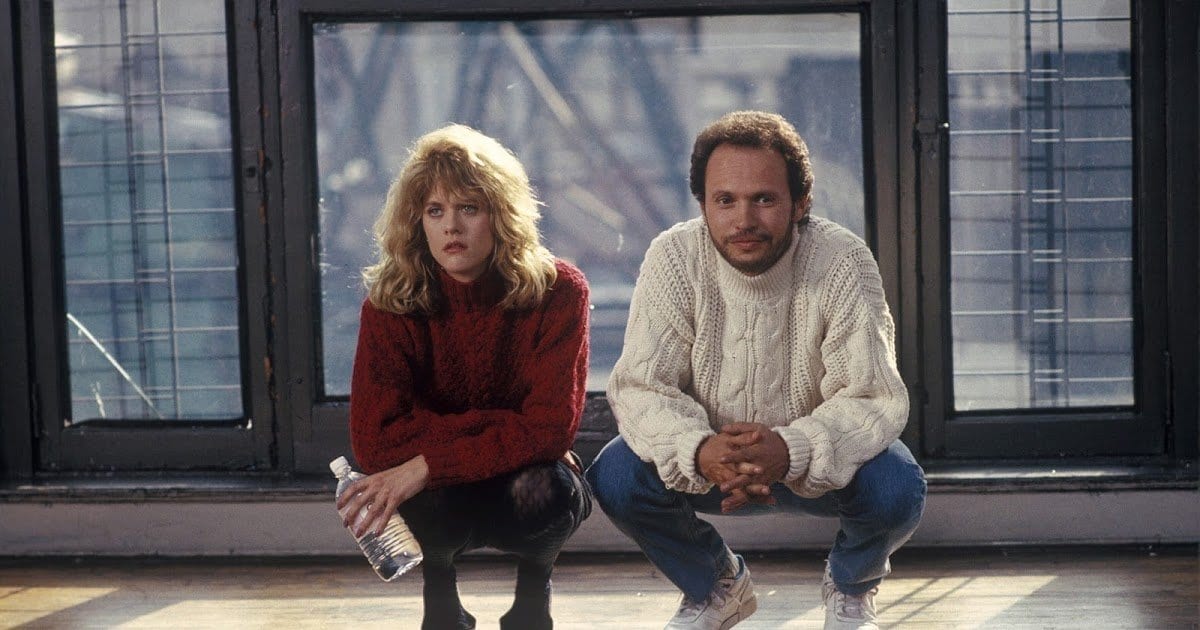 Our best friend is a friend for a reason isn’t it; we just don’t see them in a romantic way. However, here are some movies that might have us rethinking how we look at our best friends.

Some Kind of Wonderful

Some Kind of Wonderful is perhaps not as popular as Sixteen Candles or Pretty in Pink, but it is such a favorite of mine for one reason: Watts. Witty, sexy, fashionable, loyal — I wondered why Keith would even pursue Amanda Jones when he has a best friend like Watts.

Mary Stuart Masterson delivers such a good performance here. Her conflict is easy to see; she is in love with her best friend yet she wants to help him get the girl of his dreams. Thank God he finally saw the light and they ended up together. Just a heads up guys, if your best friend offers to help you practice your kissing, I can assure you there is nothing platonic about that.

Yes, technically Jo and Teddy don’t end up together, since she felt they would be miserable together and are better off as friends. It is my opinion that Jo was afraid that she would lose Teddy if things went south should they get romantically involved. For Jo, their friendship took precedence over everything. That didn’t stop me from shipping them and cursing Jo for her choice, especially since she ended up with the old guy and Teddy with her sister. It felt particularly nostalgic to see a young Winona Ryder and Christian Bale on my screen, though that kissing scene they shared was a saliva fest. It does add to the realism though, since no one starts out like a kissing pro.

I lost count of the number of times I cried my eyeballs out during this movie; I probably killed a small tree with the amount of tissues I had to use to mop up my soaked face. It is such a tragic story: Naina loves Aman and he loves her, but he is dying. So instead, he helps her best friend win her over. There are a lot of strong impactful moments in the movie for me: the discussion on how friendship is the beginning and last step to a relationship, that love can grow and develop, the fact that her best friend knows she is in love with another man yet has the strength to be confident in his love for her.

I love Shah Rukh Khan, and he is fantastic as always, but Saif Ali Khan as the best friend stole the show for me. This is a movie I have watched many times, wishing I had the kind of best friend she did.

There shouldn’t exist sexual tension between friends, so if it’s there, it’s time to investigate what on earth is going on. You could feel it oozing from Dexter (Jim Sturgess) and Emma (Anne Hathaway) every time they were together on screen. The movie throws us all these almost moments as well: him applying sunblock on her back in a lingering fashion, their skinny dipping, and even how he couldn’t stop staring at her when he had his fiance with him.

This was the movie that inspired me to make the list in the first place. I like how contrasting the personalities of Vada and Thomas J are; I think in part that’s what makes them best friends. I am not sure whether Vada would have looked at Thomas J the way he did for her, but I like to think that he would have found a way to take residence in her heart. I mean, the boy went searching for her mood ring because he knew it was important to her. How many best friends would brave something they are afraid of, just so they could have the chance to help you? Thomas J set the bar high in my opinion.

If I had a best friend who looked like Dermot Mulroney, I don’t think it would have taken me that many years to realize I am in love with him. This is a situation of bad timing and mild stupidity; she waited too long and he fell in love with someone else.

I was rooting for them of course, especially since Cameron Diaz’s character annoyed me. But alas, it was not to be. I did enjoy the entire wedding party’s performance of ‘Say A Little Prayer’, and the recurrence of the song at the end of the movie as well.

I know it seems a bit greedy to have two Bollywood movies on one list, but I really don’t feel I can talk about one without the other. The premise is this: Rahul and Anjali are best friends, and that’s all they are to each other until a new girl, Tina, enters their lives. Rahul falls for the new girl, causing Anjali to rethink her feelings for him. Tina realizes that if she hadn’t entered their lives, Rahul would have eventually discovered his feelings for Anjali.

After they are married, Tina dies because of complications during childbirth. Before she dies, she composes 8 letters for their child for each of her birthdays, giving her the material needed to get Anjali and Rahul back together. This is the movie that has the legendary Shah Rukh Khan and Kajol chemistry, with outstanding performances from the supporting cast as well.

I am not sure if Casper and Kat were best friends, but at the very least they were good friends. He sacrifices coming back to life so that she could have her dad back. To my six-year-old self, that scene where they slow dance and he asks her, “Can I keep you?” is amazingly romantic (the line must be said in context though). The human version (Devon Sawa) of Casper was one of my very first crushes, and though I wouldn’t recommend falling in love with a ghost or having a ghost best friend, maybe we can just settle for watching that particular scene and sighing at the romance of it all.

From bad ass vigilante to a giggly thirteen year old girl — is there anything Jennifer Garner can’t do? She is an infectious ball of energy in this movie, and she shares such a genuine connection with Mark Ruffalo’s character. The guy is obviously in love with her, he builds a doll house for her for crying out loud. Thank God a flash forward to the future allowed her to see how perfect her best friend was for her. Still, my heart literally broke when he decides to get married to someone else, though this is undone by the end of the movie.

You didn’t think I would forget this movie, did you? I have to say that this film has aged so well. The banter and chemistry are just as good now as it was when I saw it all those years ago. They don’t even kiss until we are three quarters into the movie, yet I am so invested. A well layered story that took its time to build a friendship, and then craft a romance from that.

Thanks for reading!  Do you have any movies you would add to the list?  Comment down below!

Some kind of wonderful is a classic, still my favorite “fall in love with your best friend” film.

I really like it too! I am just a major fan of John Hughes :) Thanks for reading!

I sadly don’t have a female best friend, so I can’t relate, lol.

And I’m the only brown guy who didn’t cry at Kal Ho Na Ho, lol. I liked the songs more than the film.

But Kuch Kuch is a different story. I can deff see the friendship blossoming into romance there.

I am permanently in the friendzone, so I can, haha. Kuch Kuch is the first Bollywood movie I ever watched, so it will always be special to me for that reason.

Kuch Kuch might have been my first Bollywood too or at least the first that I was old enough to actually pay attention to and understand what was going on.

Yey! i love it! i would love to be with my best friend in that way too! hahhaha! i think it is the feeling of being loved no matter what! it’s having to be able just speak your mind and not be accounted for it! and to just laugh at each other for being a jerk? cool times! congrats!

Haha I really like your energy! Completely agree :) I do think your significant other can turn into a best friend of sorts after, so it works both ways I guess.

yes! im in love with bestfriend but i think he is scared so…. anyway, in the end, im just thankful to feel love! hahhah! shhhhhh. hahahha

Yes, it can indeed work that way. My husband is my best friend, but he didn’t start out that way. He started as a crush. ;)

wow! you are so lucky, PM! well, make sure you share your fortune! ;) wld love to hear what that would feel like!

OMG! You are so adorable haha. I really hope he stops being scared, and don’t worry, your secret is safe with me :)

hahha! thanks, Natasha! guess i have to do more zumba and tango in these moon phases. im just working on just being okay with just knowing he’s alive (and drinking his vitamins, at least!)

HAHA! Drives me insane as I have a male bestie and so does my daughter…best film for this, in my opinion, is A Cinderella Story where Hilary Duff remains best buds with the quirky guy and they both date other people!

I like A Cinderella Story! Still the best modern adaptation of the tale I have seen, since quite a few of those came out. I didn’t like the Austin guy she ended up with though, wasn’t brave enough.

fair point, but at least it was someone other than her bestie.