Chancellor Palpatine Was Right: Agreeing with the Villains of Star Wars 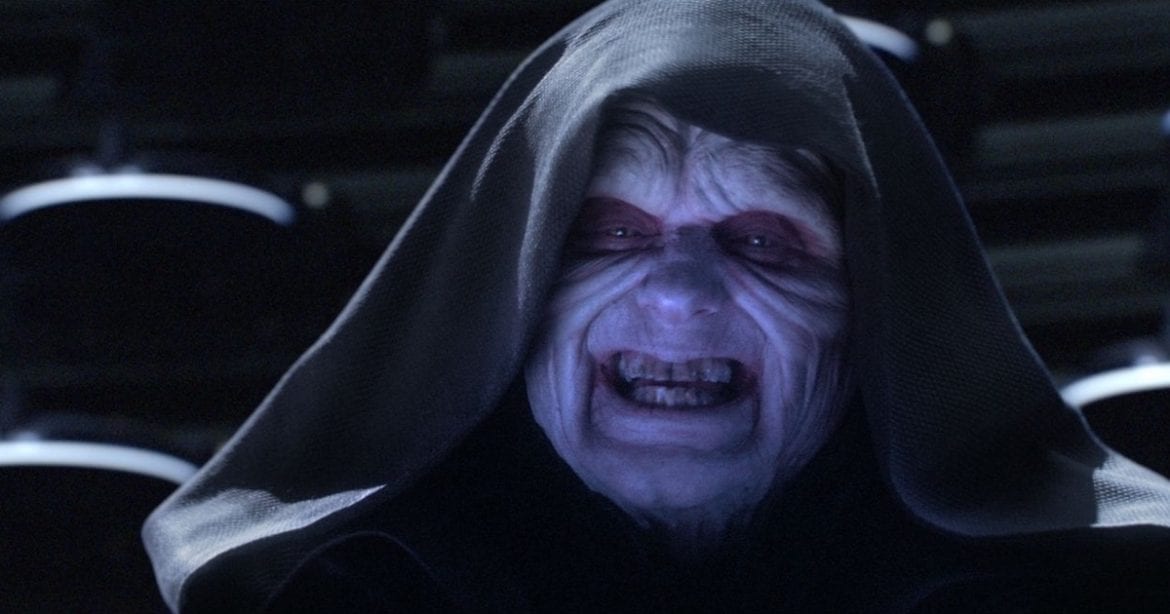 Star Wars is a messy topic of discussion these days. I’m not here to discuss its merits (The Last Jedi), nor its faults (The Rise of Skywalker). I’m here to discuss one thing and one thing only, the fact that the villains of a galaxy far, far away are correct. They may not always execute their plans selflessly, but philosophically speaking, the Sith and the Dark Side are on the right side of galactic history. Not only do the baddies make the Galaxy a much safer place, but they bring about change and implement much-needed structure into a crumbling existence. Chancellor Palpatine is no different.

For this first entry into the series, I’m choosing to focus on Chancellor Sheev Palpatine/Darth Sidious. I will not be taking his time as Emperor/Grandpa Palpatine into consideration, because that article is planned for a later date. For the sake of this entry, we are only looking at Palpy as we see him in Episodes I-III.

The State of the Galaxy

When Palpatine first enters the scene in The Phantom Menace, the galaxy is in turmoil. The Republic Senate is useless and a single corporation has managed to blockade an entire planet. Yes, it’s true that Palpatine secretly organized this blockade, however, that only proves his point. The Jedi and the Republic have gone soft. Corruption is rampant and most systems do as they please, with the governing bodies unable, or unwilling, to do anything to stop them.

Fighting for the Little Guy

Sheev Palpatine was a man of the people, hailing from the little planet of Naboo. Naboo was a pretty insignificant planet for thousands of years. Sitting just on the edge between the Outer Rim and the Mid Rim, Naboo was the Kansas of the Star Wars galaxy. You fly over it or through it, but never to it. That is until it was discovered that Naboo was a rich source of Plasma (the nuclear power of Star Wars), then every system wanted to dip their hands into the lucrative cookie jar called Naboo. Naboo quickly fell victim to corruption and corporate rule as the Jedi and the Republic watched idly from the sidelines.

Senator Palpatine got his start fighting for the rights of his people, the little guys, who were being pushed around by intrusive forces beyond their control. Palpatine doesn’t care for financial gain or popularity, he only wishes to see the galaxy restored to its rightful state.

Chancellor Palpatine embraced a larger view of the world. This wasn’t a man stuck to a dogmatic, narrow view of things like the Jedi. Palpatine embraced the diversity of thought. Palpatine wasn’t elitist either, he believed firmly that merit’s determined one’s opportunities. Darth Sidious didn’t allow any of his apprentices to keep their spot just because they’d earned it once, he constantly challenged them and others to compete for their seat at the Sith table.

Palpatine planned to ruffle enough feathers to push the galaxy to its breaking point. Though, if he happened to ascend to Chancellor in the process, that’s neither here nor there. Crime families like the Hutts and massive corporations such as the Trade Federation have amassed too much power. They can undermine and even wage war with the bodies designated with keeping them in check. Under the Republic slavery has been allowed to exist, less technologically advanced people’s to be exploited, and the Senate to be filled with rats.

Palpatine seeks order. He wishes to be in charge, to end the unrestrained corruption and chaos, and to enact order as he sees fit. While you can argue that he causes plenty of damage in the process, he provides exponentially better results. By the time Palpatine ascends to the Emperor’s throne at the end of Revenge of the Sith, the galaxy is united and at peace.

What Chancellor Palpatine Brings to the Table

Start of Episode I:

As the data clearly suggests, Palpatine leaves the prequels much better than he found them.

The Republic Blew a Three-One Lead

The Republic was old and grew stagnant. Grand Master Yoda, at 900 years of age, had been a part of the system for so long that he grew accustomed to its stench. Sheev Palpatine did not. Rather, Palpatine rose to the forefront with radical new ideas that put the galaxy back in order. Where the Republic and the Jedi could not secure victory for anyone but themselves, Palpatine created a new galaxy full of prosperous opportunities, great strides forward, and peace throughout. Sure, Obi-Wan and Padme may not see his win as one of their own, but what are the wants of two people against the needs of trillions?

Sheev Palpatine is a surprise to be sure, but a welcome one.

Thank you for reading! What are your thoughts on Chancellor Palpatine? Comment down below!

When Chancellor Palpatine said that the Sith and the Jedi were similar in almost every way, citing that both had been on a quest for greater power, that seemed to be true. Probably one of the truest things he had said.

[…] part two of the acclaimed, award-winning series is here. This time, I’m talking about Count Dooku (Darth Tyranus), the most virtuous man in […]

A nice spin, which of course can be argued for the 3rd Reich as well. Now we only need a Star Wars version of The Man in the High Castle. 🤓