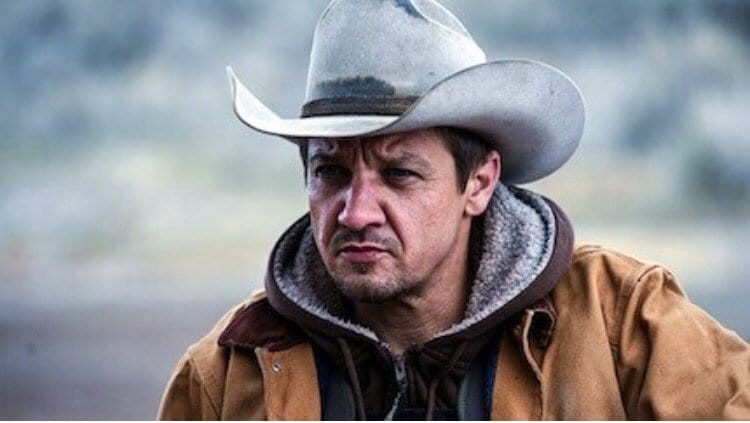 The Sundance Film Festival held annually in Park City, Utah always give us one of the first looks at some of the best movies that independent filmmaking has to offer.  Many movies that first debut at Sundance end up being considered for a number of different categories at the Oscars, including this year’s Manchester by the Sea, The Lobster, and Captain Fantastic.  Here’s a look into some of the more popular films from Sundance among critics that we can expect to enjoy in the next few months.

The Big Sick: Written by and starring the married couple of comedian Kumail Nanjiani and Emily V. Gordon, The Big Sick follows the courtship of Nanjiani’s character’s wife who is less than desired by his parents who are traditional Muslims and were less than keen about him marrying an American as they wanted an arranged marriage.  When Emily is bedridden with a mysterious illness, it’s up to Nanjiani to confront his parents.  From early reviews out of Sundance, The Big Sick is very funny, poignant, and likable.  It may be the feel-good movie we need.

Wind River: Directed by Taylor Sheridan, writer of both Sicario and Hell or High Water, Wind River follows Jeremy Renner as a U.S. Fish and Wildlife agent who finds a body in a forest in Wyoming which is on the Wind River Indian Reservation.  The FBI sends a rookie agent played by Elizabeth Olsen who is unprepared for the harsh elements and isolation of the winter.  Together, the two venture further into the wilderness filled with violence and harsh conditions in order to solve the murder case.

Call Me by Your Name: Set in Italy, Call Me by Your Name follows a 17-year old named Elio played by Timothee Chalamet who encounters a 24-year old named Oliver played by Armie Hammer who has come to live with his parents.  As they become more acquainted with each other, a relationship brews between them.  The film is said to be not just a sad story of forbidden love, but and intelligent and sometimes humorous look at society.  Also, those who have seen the film say that Timothee Chalamet may be a lock for a best actor nomination.

Get Out: A horror comedy directed and written by Jordan Peele, Get Out is the story of a black man named Chris (Daniel Kaluuya) who travels to his white girlfriend’s house to meet her parents.  However, upon arriving in her neighborhood, Chris learns that a lot of black people have gone missing in the area, which ultimately leads to complete and utter chaos in the film as you might imagine.  Get Out was featured on one of my older posts about under the radar movies to watch out for in 2017 (you can read this article here).  The good news is that we don’t have to wait long for the movie to hit theaters since Get Out releases wide on February 24th.

Mudbound: Starring a star-studded cast with actors such as Carey Mulligan, Jason Clarke, and Mary J. Blidge, Mudbound is a southern epic that involves a number of story lines including families of different races handling race relations in a Jim Crow law-enforced Mississippi and once particular family dealing with a family member returning from World War II.  Mudbound was the highest sale of a film to a distribution company at Sundance as Netflix bought the distribution rights for $12.5 million.  We may hear about this movie come awards season.

image via Shadow and Act

A Ghost Story: Coined as one of the weirder movies that’ll come out this year, A Ghost Story’s cast contains only two actors: Rooney Mara and Casey Affleck.  Affleck stars as ghost who wears a white sheet with eye holes cut out that watches over his house (and his grieving wife) in death.  According to critics who have seen the movie, there is an uncut, five minute scene of Rooney Mara eating pie.  These same critics go on to say that A Ghost Story may not be for everyone, but the film is surprisingly heartfelt and even funny. Marjorie Prime: Based on Jordan Hamilton’s play of the same name,  Marjorie Prime stars Jon Hamm, Tim Robbins, Geena Davis, and Lois Smith.  The film follows Smith as Marjorie who utilizes a holographic projections to spend time with a younger version of her deceased husband (Hamm).  The film is said to explore the relationship between man and technology and what technology can do to out sense of identity. That’s the list!  Which one of these movies sounds the best to you?  Comment down below and let me know!

What topic should I discuss next?  Whether it be old or new, the choice is up to you!  Thanks for reading!

[…] the Sundance Film Festival back in January of 2017, word quickly spread about a little film from Italy entitled Call Me by Your Name. Although its […]

Man Mudbound was so good. Carey Mulligan and Jason Clarke killed it.

I’m really looking forward to seeing it when it hits theaters!

Good morning,
I nominated your awesome blog for an award. Please check out the details here….
https://mysideofthelaundryroom.wordpress.com/2017/02/01/the-blogger-recognition-award

THANK YOU SO MUCH!!!

You’re welcome. Thanks for your great reviews!!!

I try my best!

I didn’t even think of that when I heard about the movie! Good call lol

“Wind River” and “The Big Sick” are the two best movies on this list. “Get Out” was terrible, and I mean absolutely AWFUL. I didn’t see “A Ghost Story” because I ended up selling my tickets because I was worn out by Day 10. Nice list!

Interesting that you say Get Out was terrible, considering that it currently has only fresh reviews on Rotten Tomatoes. Without spoilers, what didn’t you like about it?

Check out my spoiler-free review to read more in-depth about why I hated it so very much. I think critics are afraid to admit it’s a dud simply because of the subject matter. But trust me, it’s not a good movie. https://screenzealots.com/2017/01/24/get-out/

Well when I see it in a few weeks I’ll let you know my thoughts!

Please do! Matt wasn’t able to write a review but he didn’t have as much of a negative reaction to it as I did — but he didn’t like it, either.

I’ll definitely try to keep an open mind! We’ll see once it hits theaters in a couple weeks

Can’t wait to hear your thoughts!