‘Monster’ Is Mostly Good but Falls Short of Being Profound 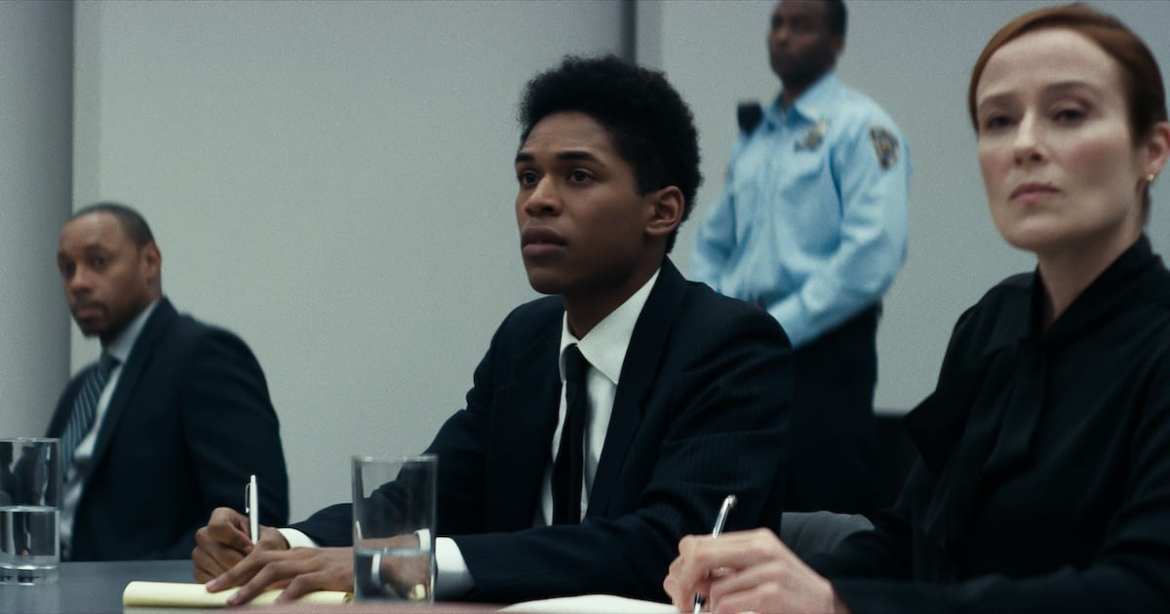 I find myself thinking about 2017’s Get Out, a lot. It being one of the best movies made in my lifetime aides to that, but I often find myself reflecting on Jordan Peele’s decision in how to end the film. Endings are hard and can often make or break a film. In this instance, it elevates what was already a great film to classic status, by giving something so thoughtful and poignant. Truly brilliant work, but my reflections are more on what could have been. It’s not much of a secret that there was another ending Peele had in mind for the film. An ending that is more expected but less interesting. Had he chosen to go that route, Get Out could have fallen the way so many movies do. Good, even great films that don’t quite stick the landing become forgettable. Unfortunately, this is the thought that comes to mind with the newest Netflix release, Monster.

Monster has gone through a bit of a process to get to our screens. Debuting in 2018 at Sundance, it was subsequently acquired a year later by Entertainment Studios, with a name change. Last November, Netflix acquired it and changed the name back. This journey may be the best thing for the film because its May release makes Monster a very timely film. As a nation, we are in the midst of a reckoning in terms of criminal justice. This makes a story about a 17-year-old black student, Steve Harmon (Kelvin Harrison Jr.), on trial for murder, all the more prescient. For a majority of the film, it hits all the right beats. Unfortunately, its wayward ending doesn’t just stall the film’s momentum, it completely derails the themes it works so hard to establish.

Director Anthony Mandler along with the film’s team of writers (including Radha Blank, the writer, director, and star of last year’s The Forty-Year-Old Version), do a great job of setting up this story. Based on a Walter Dean Myers novel, Steve Harmon’s story comes equipped with depth and some very heavy themes. How Mandler brings them to screen is at times brilliant and it all starts with tone. Monster isn’t an easy watch. The weight of Steve’s circumstance is heavy. We feel it all throughout the film, because Mandler doesn’t let us out of it. He essentially uses the audience’s baggage to create the tone he wants, which then allows him to make larger points to support the thematic elements.

A young black man in court, accused of a crime. We all know how this is going to end. History tells us that his situation is hopeless and that we should wait for the inevitable outcome. That hopelessness is the exact tone that Mandler uses. The black and whites of the courtroom setting, the ominous music, the slow revelations of the story. All of it builds that hopelessness, because we’ve seen this too many times before. While this isn’t a tone I’d recommend for most films, in Monster, it’s very effective in creating a captivating experience.

A big part of what keeps you glued to the screen is the performances from a remarkable cast. Being that this film was originally released in 2018 (more than likely filmed in 2017), this cast has aged incredibly for this film, particularly its stars. John David Washington (Bobo) is now a certifiable movie star and Kelvin Harrison Jr. is certainly on his way. Both serve the film very well. Washington continues to show new sides of his abilities and does a lot with his time. Harrison Jr. is the clear takeaway as the film’s lead. Much of the film’s emotion comes from his truly captivating performance that toes the thin line between emotionally resonate and melodramatic. His face brings across so much pain and fear, that the hopelessness of his situation is impossible to avoid.

Mandler brilliantly uses these characters to say so much about the criminal justice system. Steve’s despair is all over his courtroom disposition. Mr. Harmon’s (Jeffrey Wright) helplessness is evident in his stunned silence throughout the trial. For Mrs. Harmon (Jennifer Hudson), it’s fear and it’s indignation for Leroy Sawicki (Tim Blake Nelson), Steve’s film teacher. Even the understanding of Steve’s lawyer, Maureen O’Brien (Jennifer Ehle) speaks volumes. Each performer brings so much to the screen and makes you share in their feelings. Ultimately, that is the most effective element of Monster. It doesn’t just tell you about the injustice or show you the injustice, you feel it. That is always more impactful.

Where It Falls Apart

While the emotions in Monster are heavy and mostly effective, the ending of the film (or its resolution) betrays its themes, robbing us of the emotional resolution we need. Steve’s actions during the robbery and subsequent murder are slowly revealed through the course of the film. By the time we get to the actual robbery and see what he chooses to do, we know him. We’ve seen him at school, with his family and friends, and major figures in his life have given us insight into who he is. His choice makes the portrayal of his character significantly more complicated and ultimately upends the main themes of the film. While some closure is achieved, more questions reveal themselves. Instead of questioning the system, I’m more so left to question Steve and the message the film is trying to convey.

Steve’s choice further muddles the film because it reveals a fairly simplistic view of Blackness. Steve is a good kid. We know as much because he is creative, intelligent, comes from a good home, and goes to a prestigious school. His “goodness” is made more evident when placed opposite James King (ASAP Rocky). King is a typical bad guy in this situation. The cliché runs true through his eye-rolling performance in the courtroom, complete with threats and outbursts at witnesses. There is no nuance here, no depth. Steve is the acceptable Black guy. King, Bobo and even Osvaldo Cruz (Jharrel Jerome) are not. Robbing us of human moments with those characters paints Blackness into a simple trope that’s been present in stories for as long as I can remember. It ultimately hurts the film because the criminal justice system (the apparent target) isn’t the focus, other things are.

It Still Achieves a Goal

Ultimately a film like this is meant to inspire thought and conversation. Monster certainly achieves that. Even with a few thematic missteps, the questions you leave with will inspire some interesting conversations. Along with some truly great filmmaking and acting, there is a lot to like about Monster. Its two-year journey to our screens remains puzzling to me, however, it arrives at a good time. See this film, wrestle with its themes, and let that lead you to the much-needed conversations around this topic.

Thank you for reading! What are your thoughts on Monster? Comment down below!