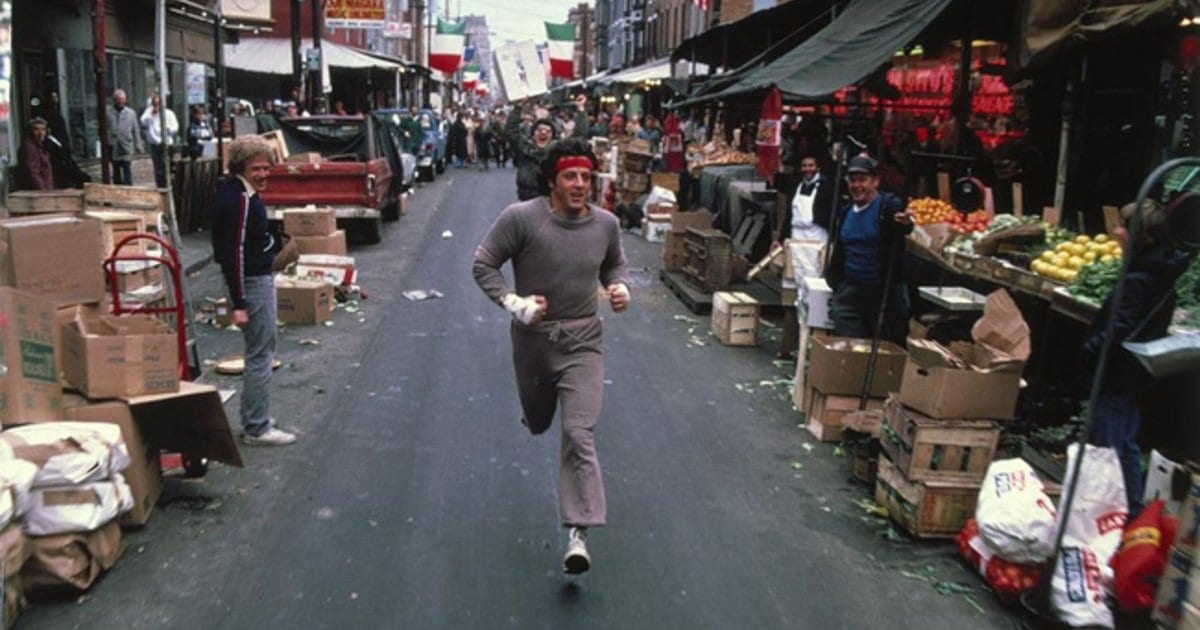 One of the greatest benefits of film is the ability to tell a lot of story in just a few shots. Unlike a book, a film doesn’t have to literally spell everything out; a movie can visually show you how the story progresses, allowing filmmakers to avoid a slump in the narrative. We call these wonderful little devices montages.

Some of the best montages come from sports movies, but other films have done well when using them too: movies about music, superheroes, war, love, drama, and everything in between. The two main criteria when evaluating montages are these: does the background music fit the tone and does the montage tell the story it needs to? I’ll be using said criteria as we take a journey through some of the greatest movie montages ever produced.

Never did I think a great montage would start with Rocky Balboa in a hospital, but Creed surprised me. Michael B. Jordan displays an amazing mix of athleticism and grace to create a beautiful training scene. Of course, what I didn’t like about this montage was the fact that Rocky was cancer-ridden and merely a shell of what he once was. However, I did appreciate the tribute that Creed and this montage were for the Rocky movies. Specifically, I like the similarities to Rocky IV during the montage — showing Adonis Johnson (Jordan) training and splicing that footage with scenes of his opponent training. While the scene at the end with Johnson racing (on foot) a bunch of motorcycles and four-wheelers in the street is kind of strange, it still adds to the grandeur of this training montage.

Everything about Dirty Dancing is entirely too sensual, including this montage. However, it works well for the type of movie it is — a gratuitous hour and a half look at a shirtless Patrick Swayze. The dancing montage features the classic “Hungry Eyes” by Eric Carmen. Throughout it, we get to see what a perfectionist Johnny (Swayze) is about dancing and how hard Baby (Jennifer Grey) and him have to work to get to be the stellar dancers they are by the end of the movie. While obvious to us that there’s some crazy sexual tension in the air for the two of them, the two dancers spend most of the montage unaware of that, as they are so focused on their dancing; this gives the audience that delightful “I-know-something-the-character-doesn’t” feeling.

Bloodsport is one of the most underrated movies from the 80s and its montage is one that even The Karate Kid can’t compare to, in my opinion. Featuring a young Jean-Claude Van Damme, Bloodsport takes us on the martial arts journey of a soldier, Frank Dux, stationed in Hong Kong. His mentor, Tanaka, does not go easy on him by any means, using some unique training methods like tying Frank spread-eagled to some trees or smacking Frank with bamboo while he tries to meditate. While no specific tune plays in the background, it does have a heroic synthesized beat that fits well with the 80s martial arts theme. Like any good montage, we get to see Frank go from just an average martial arts fighter to a disciplined, well-trained master — a character development that never fails to satisfy.

A lot of people don’t notice this as a montage at first, which is okay! Montages can differ depending on the context they are used in. In this case, The Godfather uses a montage to show the great contrast between the life Michael Corleone (Al Pacino) wants to lead and the life he is fated to lead. During the christening of his nephew (whom he will be godfather to), Michael supposedly renounces evil. However, simultaneously in multiple sites across the city, he has also orchestrated calculated hits against a rival gang. Director Francis Ford Coppola perfectly balances these scenes by contrasting the image of a sweet, innocent child with violent men and bloody corpses. The whole montage is quite shocking and one of the reasons that The Godfather has stood the test of time.

I hope every 90s kids out there had immediate flashbacks to watching the Mulan VHS over and over and singing every word to “I’ll Make a Man Out of You.” Animated movies actually have some great montages if you know where to look, especially since they’re not having to film live actors and can manipulate their characters as much as they want. In Mulan, we watch Mulan go from a scrawny girl to “another one of the guys.” At the beginning of Shang’s training, she is at the bottom of the pack and the unit has much disdain for her. However, by the end, she has become a star pupil and one of Shang’s best soldiers. The transition is smooth and doesn’t take up a large chunk of the movie, which is great to move the story along and please the audience.

If there’s one thing I love about the Rocky movies, it’s that they know how to do a good training montage. Some highlights from the Rocky III training montage include Rocky’s tank top that he cut into a bra for no apparent reason, the ever-so-subtle product placement for Nike, the uncomfortable close-up of Apollo’s and Rocky’s thighs jiggling while they run. Of course, I’m just joking around. Set to the well-known Rocky theme (“Gonna Fly Away” by Bill Conti), we go through the same motions of any training montage, but it never fails to be exhilarating. Rocky is punching, dancing, running, and swimming his way to victory all coached by his best friend Apollo. What truly makes this montage is the motivating music that Rocky made so iconic and that will forever pump anybody up.

There’s no better way to describe this Footloose montage than adorable. In this scene, Ren (Kevin Bacon) is trying to teach Willard (Christopher Penn) how to dance. First, they start off by learning how to keep rhythm, which Willard fails at hilariously. Then they move on to actual dancing, which results in some great bromance moments and cute scenes with Willard’s little sisters. All of this is set to the 80s-centric “Let’s Hear It For The Boy” by Deniece Williams. While it’s not exactly a hardcore training scene like a lot of the other montages on this list, it definitely shows progression in a fun way that would have been boring to go through otherwise. This montage is a big part of that quirky magic that makes Footloose so much fun to watch.

Ah, yes. The godfather of all training montages. From this first Rocky training montage, we get to hear the famous Rocky theme. We also get one-handed pushups, Rocky punching raw meat, and the famous running up the steps of the Philadelphia Museum of Art. Sylvester Stallone basically pioneered the boxing movie genre with this one scene alone. Never will you see a montage with more passion, more determination, more grit, and more motivation than this. Something that I hope people notice when they watch this montage is that everyone is staring at Rocky when he trains, especially as he runs through the city; I take this as evidence that people had their eyes on Rocky, both physically and metaphorically, which is why he had to work so hard. All in all, this first Rocky montage is a classic that deserves all the recognition it gets.

If you don’t get goosebumps during Rocky IV‘s glorious training montage then you don’t have a soul. This is literally the greatest training montage scene ever filmed and no other movie will ever come close to the perfection that is Sylvester Stallone’s rippling muscles set to John Cafferty’s “Heart On Fire.” I especially like the way Stallone (who also directed) spliced shots of Rocky working out in the cold mountain elements with shots of Drago working out in a scientific facility with reporters tracking his every move. This cinematographic choice gives the audience even more of a reason to root for our favorite boxing hero. To be perfectly honest, this is my all-time favorite scene in any movie ever.

Thanks for reading!  What are your thoughts on the top 10 movie montages? What’s your favorite movie montage?  Comment down below!

[…] you ever wish your life could be more like a movie training montage? Just blistering guitar solos and uplighting lyrics until you emerge, a […]

[…] there are better songs to encapsulate the themes of Rad. Regardless, none of the people in this montage are in the movie. It lasts 4 and a half […]

[…] humble beginnings as a down-on-his-luck everyman to the unintentional hilarity of everything in Rocky IV. Well, Rocky V does indeed exist, so maybe not everything. But more than anything else, this […]

Good list, I’d say the only one missing is the “Layla” montage from Goodfellas.

I’d have the Goodfellas Corpse Montage in there too. That’s a very 80’s heavy list though. 80’s were peak montage

‘Music’ Is Irresponsible, Embarrassing, Offensive, and Horrifically Out...