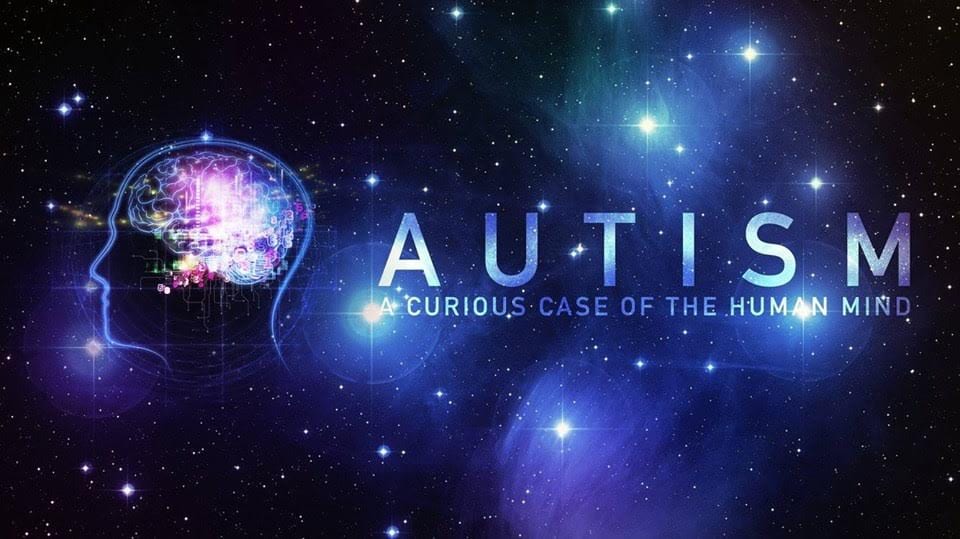 The next spotlight on an independent project gives you a look into an up and coming filmmaker, Thomas Griffiths, as he attempts to better learn the ins and outs of his brother’s autism.  In his film, Autism: A Curious Case of the Human Mind, Griffiths delves deeper into what effects autism can have on a person.  But is the film worthy of any praise?  The following review will be spoiler free.

Autism: A Curious Case of the Human Mind is directed by Thomas Griffiths and follows his journey as he uncovers what the condition entails for his brother, Owen.  Through various interviews with different people, Thomas gains different perspectives on the disorder while also adding in his own commentary and viewpoint to Owen’s condition.  While Thomas has always loved his brother, he’s never quite understood his ailment.  This documentary is his attempt to truly understand and develop a deeper bond with his brother. 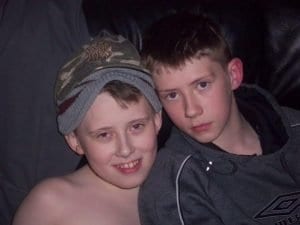 The documentary is currently on the festival circuit with an upcoming screening in the Carmarthen Bay Film Festival on May 11th.  The film has already received some praise as it is nominated for Best Documentary Feature at the festival.  Considering Griffiths’ project is wholly independent, this is a critical step for the film to reach more audiences.

The story of this documentary is one that everyone can get behind.  As a 19 year old, Thomas came together with six film students in order to make the film.  With a limited budget, the team did all that was in their power to make a professional film.  Clearly, it’s for the right causes so I was looking forward to the final product and what it could mean for careers of everyone involved.

Sometimes documentaries have the tendency to feel very cold emotionally as the people who are getting interviewed spout facts without much feeling.  In the same vein, the direction of a documentary can also feel a bit stilted as the director can move from frame to frame in a very rigid manner without much care for the viewer’s experience.

Luckily for Autism: A Curious Case of the Human Mind, there’s enough emotion involved to really give the entire film an extra punch. 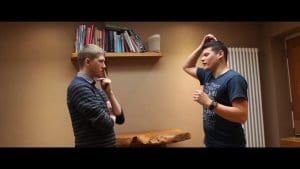 Griffiths does a nice job of setting the scene with a touch of piano music in the background that gets the viewer into the correct frame of mind to watch his honorable endeavor.  The music is never overpowering (it never should be) but subtly acts as a cue for the viewer to subconsciously understand that what he or she is watching is a film with touchy subject matter.

I also need to praise Griffiths for his onscreen work as well.  His actions as an interviewer are incredibly heartwarming and loving.  These sensibilities allow for the interviewees to open up more and feel comfortable doing so.  This benefits the film as a whole as more information is discussed about the condition.

However, the film is not without faults.

While the narrative structure and emotion are very solid, all of the issues this film has comes from a technical perspective.  There’s not one issue that you could consider critical.  But, there are a few details such as audio quality and camera that are pretty noticeable.

At times, you can hear a little electric warble from the audio after a cut is made.  It by no means makes the audio unintelligible, but it is noticeable.

Moreover, on occasion, the camera would wobble, hampering the visuals of the documentary.  This issue became quite distracting during one particular interview towards the end of the film. 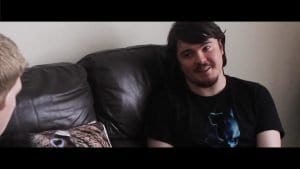 Most of these issues can most likely be attributed to the budget of the film which is a mere £370.  That’s only about $478 for you Americans.  These numbers actually make the feats of the film that more impressive when you think about it from a “glass half full” perspective.

But, when you look at the film as a whole, the positives far exceed the negatives.

Not only is the documentary very emotional, there’s a solid amount of education to be had.  Autism can be a finicky condition in that it’s difficult to pin which people have the condition and which do not.  Griffiths highlights this issue and brings it to the forefront of the documentary as he discusses it with with a few people who are on the Autism spectrum.  These conversations were very fascinating as those with Autism were able to explain what exactly makes them tick.  The film has an interesting discussion of the certain mannerisms that can manifest in those on the spectrum and what causes them.  Those unaware with the ins and outs of the condition will certainly come away having learned a great deal. 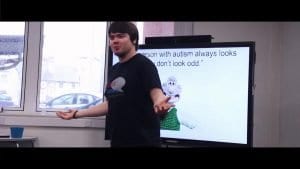 Lastly, Griffiths courageously has the nerve to discuss the social stigma of Autism.  Many who come in contact with Autism have issues handling it in a reasonable manner.  One line that truly stuck with me is one that Griffiths mentions to a mother with a child with Autism.  He exclaims that the hardest part in dealing with a child with Autism is the people around him or her.  I’d like to think that those in constant contact with the condition would find some truth to that statement.

Despite some technical issues, Autism: A Curious Case of the Human Mind is an earnest, sweet documentary that easily stands out due to its excess of heart.  It gets an A-.  Let this be a lesson to all you aspiring filmmakers out there: if you’re heart is in a project, you’re much more likely to create a final product that truly resonates with audiences.

For those intrigued about the film and its performance moving forward, here are a few links you can go to: 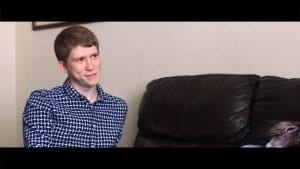 Thanks for reading!  Are you interested in finding out more about Autism: A Curious Case of the Human Mind?  Comment down below to make your thoughts heard!

If you enjoyed this article, please subscribe to MovieBabble below via.

Not sure how I stumbled across this now, but I’m glad I did. I’ll have to check that out. Autism is a subject near and dear to my heart (and my brain). ;)

What a blast from the past here! 😁😁

Nice work. I’m always looking for good movies involving autism as a subject (it’s something that personally resonates with me), and it’s always clear when a filmmaker’s heart is in the production…It sounds like “Autism: A Curious Case of the Human Mind” is a budget flick that does a good job making its points, where most of its slight flaws can be chalked up to technical work…My belief has always been this: You can fix camera work, but you can’t fix bad writing.

Couldn’t agree with you more! If this film had triple the budget, it might just be flawless!