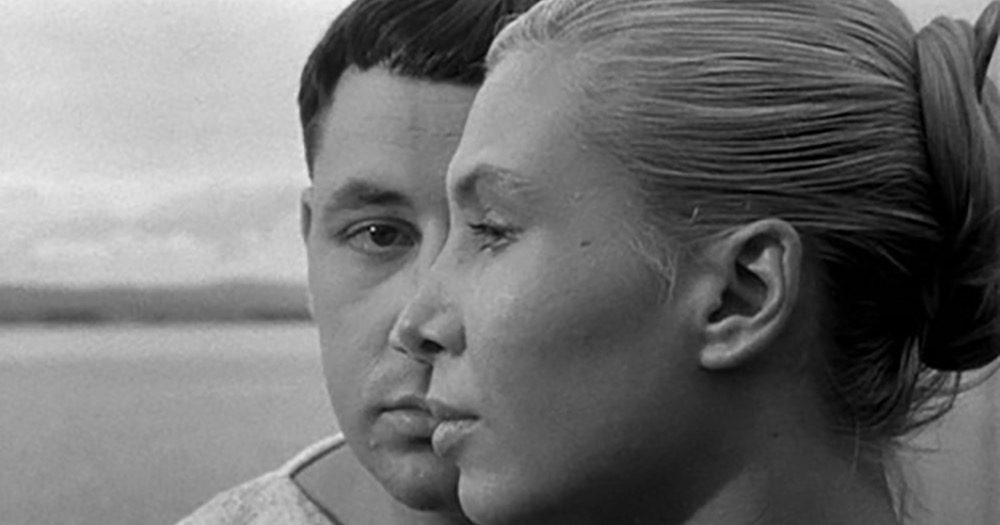 When the news broke on March 29th, 2019 that Agnès Varda had passed away at age 90 from cancer, the film world mourned, but I did not. I recognized the name of course, but had I seen any of her films? As it turned out, actually yes. About 18 months prior, I had enjoyed an obscure documentary called Faces Places; I remembered it being very cute, and that the old woman’s hairstyle was quite strange. So that was that, and I moved on. It would be over a year until I, too, mourned the loss of one of the greatest, most important filmmakers to ever live.

Welcome to Viewing Varda, the article series where I go through the entirety of Agnès Varda’s filmography (shorts too) in chronological order. The goal of this series will be to review each individual film Varda directed, while also placing her works in the context of her life and her world, so that we might appreciate just how daring she really was as both a filmmaker and a woman.

Very few of the new generation seem to be aware of Varda’s influence. Film students have likely only seen Cléo from 5 to 7, and the layperson has likely seen nothing at all from her. However, it would be pointless to shame people for not having seen, much less intimately knowing, any given film; to quote William Bibbiani, a critic I owe a lot to, “we are all playing catch-up.” Learning that there is an area of film with which you are not familiar is a happy revelation, a wonderful opportunity to expand your cinematic horizons! So if you haven’t seen any of Varda’s films, don’t feel ashamed: you have such lovely treats ahead of you!

Now, before we get into our first film, I believe it’d be valuable to begin with a little bit of context as to who Varda was and what French cinema was before her start, which was itself the beginning of the French New Wave.

Arlette Varda was born on May 30th, 1928 in Brussels. After living through World War II in Southern France, she changed her name to Agnès, went to university, and by 1950 had found a passion and a career in photography, which would go on to deeply influence her filmmaking. Meanwhile, French cinema had been through the wringer thanks to the war, but a strong studio system had been reestablished by the early 1950s, and plenty of good cinema was being made. However, in the eyes of some bold young film critics (Jean Luc-Godard, François Truffaut, you may have heard of them), this studio system was bland, and it was time for a new type of cinema to take hold.

Whether or not these critics were right, ironically, doesn’t really factor into our discussion of Varda. Because believe it or not, Varda never watched films! As a result, when she one day just up and decided to write a script and direct it completely independently, she had no one but herself and her friends to draw on. How did it turn out? Let’s discuss:

La Pointe Courte (1954) is a narrative feature written and directed by Agnès Varda, and features an ensemble cast. The film centers a small fishing village in the South of France called La Pointe Courte, where fishermen simply try to get by while continually being accosted by government officials. Additionally, a couple, now four years into their marriage, have come to visit from Paris. The husband Lui, played by Philippe Noiret, grew up in the village; he wishes to show its beauty to his wife Elle, played by Silvia Monfort. However, when Elle finally does arrive, five days after Lui, she announces that she believes they should separate; discussion ensues (and ensues, and ensues).

The first time I viewed La Pointe Courte, I had very mixed feelings. Throughout the film, the focus keeps shifting back and forth between the villagers and the couple. The village, though its dramas are subtle, feels alive, and when the village feels something, you feel it too. In contrast to this, the couple felt practically statuesque; their emotions were non-existent, their monologues trite, their perpetual ennui more annoying than worthy of sympathy. Worst of all, they just. would not. shut up. Every time the film cut to the couple, I would roll my eyes and wait for it to cut back to the villagers.

And yet, regardless of my initial feelings about the characters, the real takeaway from my first viewing of La Pointe Courte, as well as each subsequent viewing, was the filmmaking itself. Varda has a real grasp on using all tools available to her, despite not being familiar with the form. And even with her background being in still photography, she knows when and how to move the camera. Take the opening shot for example. The way the camera drifts through the empty, early morning village is almost dreamlike. She manages to capture something we rarely see in film: wind. All along the street, sheets and clothes hang from clotheslines, whipping around like a murmuration of white starlings; it makes for dynamic imagery, and immediately immerses the viewer squarely into a sense of place.

When characters then begin to show up and interact, the camera’s behavior shifts; it moves only when motivated, and when it does move, it’s not showy. Varda’s camera makes for a feeling of calm, one that lasts throughout the film. This is best exemplified in another scene where the wind comes beautifully into play, featuring women taking down their laundry. Centering the women’s hands, the camera glides along the clotheslines as they take off the clips and remove the clothes. It’s just so…so liberating a thing to experience!

This is not to say that there is no noticeably intentional framing; the opposite is true. For example, 43 minutes into La Pointe Courte, there is a short montage of close-up and medium close-ups. The camera is locked down, people are mostly absent from the frame. The village is at its most still, most silent. Wood, stone, nets, and cloth interact with late afternoon light. Each frame could be hung in a photo gallery; they would be worthy of their placement.

Alright, since I can’t go on forever about this film, here’s a quick list of some highlights from La Pointe Courte:

When La Pointe Courte, a film shot on location starring non-actors telling a near-plotless story about ordinary people, was released by a woman with no studio backing and no history in the industry at all in 1954, it was the equivalent of an alien cannonball. It garnered much praise, but was ultimately a commercial failure, and it soon faded from the popular consciousness. Then, five years later, the critics mentioned earlier started making their own films in much the same style; Truffaut’s The 400 Blows and Godard’s Breathless were heralded as the beginning of a French New Wave. It would only be years later, when La Pointe Courte was rediscovered, that Varda became rightfully credited as the originator of one of the most significant cinematic movements in history.

Watching it today, La Pointe Courte holds up. The cinematic language it invented is simultaneously exciting and relaxing. And, upon repeat viewings the film, I find myself less annoyed with the couple and more amused. Do they ever shut up? Not really. Are the clarinets that play incessantly underneath their incessant arguing overkill? Kinda. However, I realize now that this clash of tones was entirely intentional on Varda’s part. It turns out a Parisian couple bickering about the minutia of their relationship, set alongside the quiet tragedies and comedies of the villagers’ lives, makes for insightful commentary about the effects and nature of privilege.

I give La Pointe Courte 8 dresses in the wind out of 6 fishing nets. Watch it now on The Criterion Channel.

Between her first and second features, Varda directed several short films. So next week, we’ll be looking at Ô saisons, ô châteaux, Du côté de la côte (Along the Coast), and L’opéra-mouffe (Diary of a Pregnant Woman). See you then!

Thank you for reading! Have you seen La Pointe Courte? Comment down below!

Just dropping a line to say how much I enjoyed this review. I purchased the Complete Varda set last year and it’s been awesome seeing most of her films for the first time. Looking forward to reading all of your reviews!

[…] a decade of revolutionizing cinema in France, Agnès Varda was finally sent to Hollywood with the promise that she would be able to further […]

[…] the time Agnès Varda was filming her second feature in the summer of 1961, the French New Wave was in full swing. Godard, Truffaut, Resnais, Rohmer, and more had all released their directorial […]

[…] watch it). Add on top of that what she brings out of her cast, and you’ve got an incredibly distinct and memorable voice behind the […]