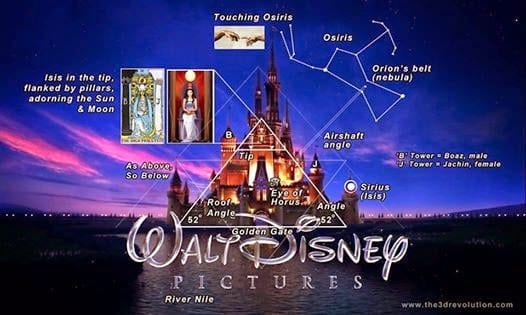 Writer’s Note: This article is purely for satirical and humorous purposes only.

Let’s not act like Disney isn’t just one big conspiracy to get us all to spend our money on melodramatic movies and overpriced amusements.

We all turn a blind eye to its obvious skeletons in the closet, but it’s time we finally reveal them. I’m here to reveal to you the deepest, darkest secrets of the “Happiest Place on Earth.” And I’ve got to finish this fast before the DBI (Disney Bureau of Investigation) drags me away and freezes my body under their infamous tourist trap right next to Walt Disney. 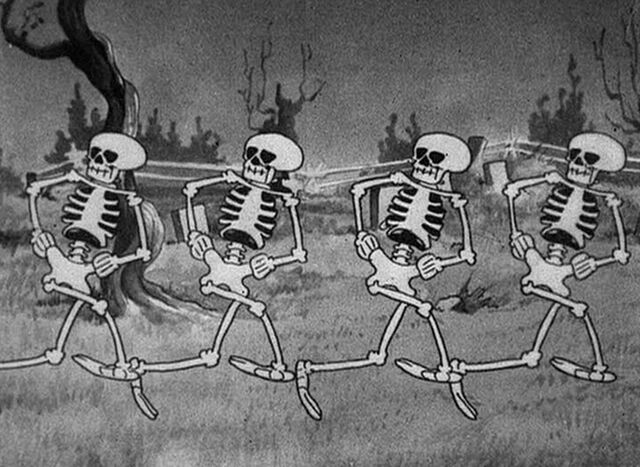 Ever notice that there never seems to be a stable nuclear family in any Disney movie? They’re either missing a mother, a father, or both. However, despite this, the main character is able to overcome deadly odds and save the day. Think about it: Cinderella (1950), Snow White (1938), Beauty and the Beast (1991), Pocahontas (1995), Peter Pan (1953)–none of them had more than one parent. But this isn’t encouraging heroism–that’s just what Disney wants you to think. It’s encouraging parricide–the murder of parents. Kids begin to realize that they can’t have daring adventures with both parents in the picture, so they must eliminate one of them. Shocked at what they’ve done, the kids will have to go on the run. Inevitably, they will end up at Disney as undocumented orphans, where they work the rest of their days, confined to smelly cartoon character costumes and surviving on day-old hot dogs. You thought you’d get us, didn’t you, Disney? I’m on to you.

Disney sure has an obsession with putting their main characters in perilous situations in the forest. Robin Hood (1973), Snow White, and Beauty and the Beast all include frightening scenes in forests. Do you know why? That’s right. Another Disney conspiracy.

Sometime in the near future, Disney has a some sort of apocalyptic event planned, one that most likely involves human-sized mice and possibly lightsabers. In this event, the only safe place will be the forest (scientists have not discerned why). Disney knows this and is trying to persuade children away from these forests. Watch out, kids! There are evil witches and blood-thirsty wolves in the forest! Come to Disneyland instead! You’ll never want to leave.

Image via Oh My Disney

It’s no surprise that many young children developed crushes on Robin Hood or Nick Wilde of Zootopia (2016)–both male red foxes. Little did you know that the red fox is one of the world’s 100 most invasive species. Of course you didn’t know that. You’ve probably been swallowing Disney’s propaganda since you were teething. 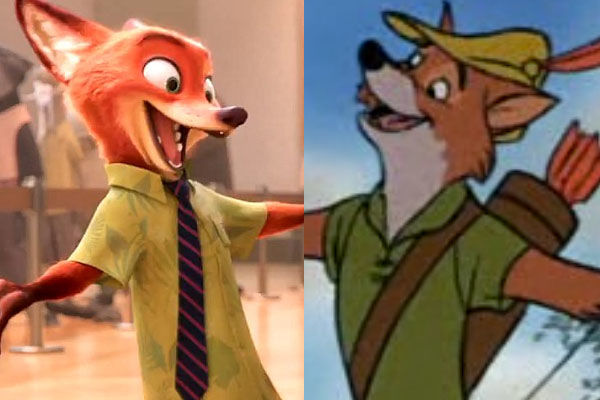 Disney is slowly trying to get people–especially young children and adults who can’t seem to discern between cartoon and reality–to love these nuisance animals. Once they fall in love, the foxes strike. They’ll invade every country and take over the world. Disney’s ultimate plan? World domination by fox. Why else would they have considered trying to purchase Fox? (For any confused, they halted their plan until after Incredibles 2 [2018] comes out.)

This one’s huge and people are completely ignoring it. You see, Disney has told many historical and literary stories through its movies. Mulan (1998) tells the story of how a sixteen-year-old girl saved China. The Hunchback of Notre Dame (1996) takes a classical piece of literature that probably wasn’t made for children and makes a movie that also probably wasn’t meant for children. Beauty and the Beast tells the story of how bestiality wasn’t accepted in late 18th century France and it still isn’t.

You may think that this is just Disney trying to aid parents in teaching kids important stories, but that’s not their true purpose. What they’re really trying to do is dismantle the Department of Education.

Think about it: once they do that, everyone will be scrambling for an education. Who will they turn to first? Their trusted friend Disney, of course. That’s when Disney infects every child’s mind with their twisted fantasies of worldwide fox domination and uses them as pawns in their grand scheme. It’s really quite ingenuous.

Gradual Acceptance of Our Lovable Overlords

Like Pennywise luring Georgie to the sewer, Disney is gradually luring us into a state of complacency. They’re mollifying us to the point where we won’t really care that they tower above us with all of their money and greed. After all, they’ve given us such great movies lately, why would we ever rebel against them?

Every year, they capitalize on their success with another sequel or business acquisition (Marvel or Lucasfilm, anyone?) or theme park addition. They incorporate famous actors and actresses into their blockbuster movies to lure us to the theater. They use our weaknesses against us.

And we will pay for it.

It starts with learning morals. Then it’ll move to following your dreams. Soon, they’ll be telling you that money doesn’t matter and what matters most is family. And you’ll believe them, willingly giving up your money to them and filling their pockets even more.

What You Can Do About It

So, you’ve gotten this far without wetting your pants (or maybe you have, I don’t know). Do you think you have what it takes to fight Disney? Can you take down the establishment? Want to be a part of the revolution? Here’s what you do:

There’s nothing you can do. They’ve already taken over.

The best you can do is curl in a ball on your couch and watch Moana for the 255th time because it’s the only thing that keeps you sane anymore. 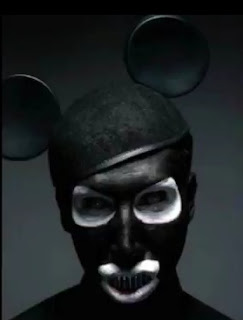 Image via The Truth Seeker’s Guide

Thanks for reading!  What are your thoughts on the Disney Conspiracy Theories?  Comment down below!

What a great post! I love Disney and conspiracy theories!

Thanks! Glad you enjoyed it!

Of course! I just started my own blog with conspiracy theories too! It won’t show up when you click my name… not sure why, but heres the link :) https://thesleuthscorner.wordpress.com/

What is the world coming to? I am so scared for our future generations.

Wait…..someone anonymous wrote the same exact comment as I did. It’s like they knew I was gonna write it before I actually did. What the -? DISNEY IS ONTO ME! HELP!

What is the world coming to? I am so scared for our future generations.

Pixar and Disney are infamous to hiding Easter eggs in their movies. Their animators have supposedly included adult themes in the movies. YouTube is full of them. Specifically, about parents, Walt Disney had a big problem with his mother. Most of the movies have an evil mother or a benevolent father combined with an absent mother.

As a former Disney employee I have to say that this makes sense. I always questioned the facts that Walt would have a few drinks with friends, hop on Space Mountain and ride, ride, ride. And that having an apartment on top of a Castle in the middle of Florida, was a little odd.
Great post.

An entertaining piece. Good point with the no parents and no school. Hmmm…

Love this – made me laugh. On a sad note there’s something to the Disney take over. When is the last time they lost the Oscar for best animated feature; even when they shouldn’t have been nominated?

True true. I mean they flopped with The Good Dinosaur, but we know that’s a rare case for Disney.