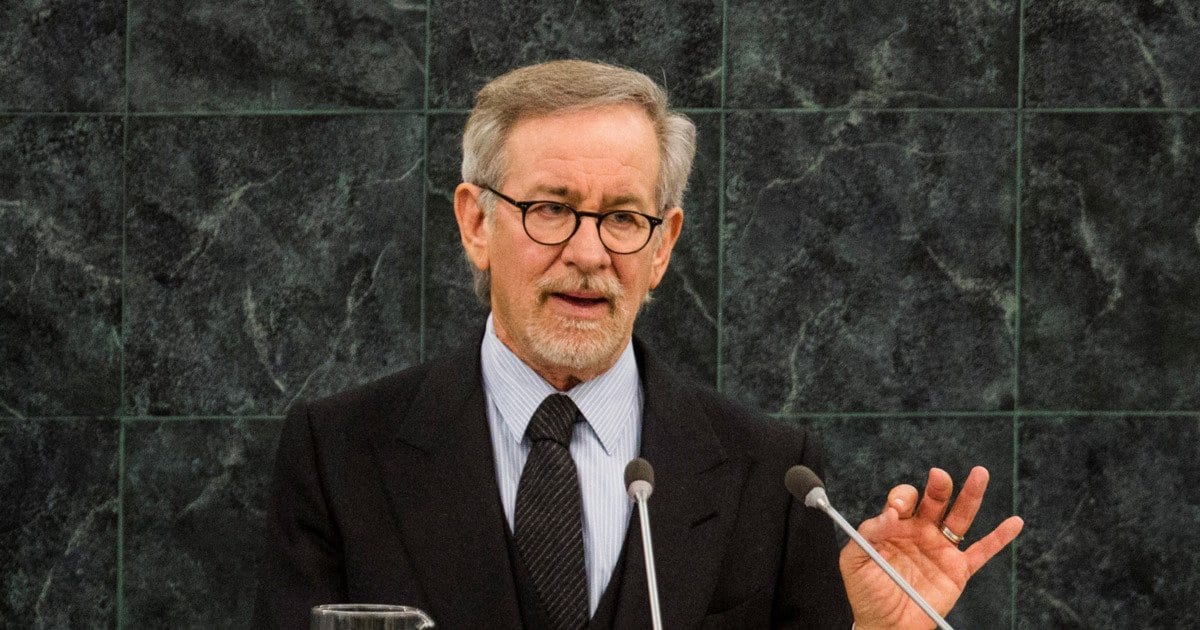 The 90th Academy Awards are over, and The Shape of Water walked away as the big winner — helping Guillermo Del Toro ascend into the pantheon of award-winning directors.  But, as with most things these days, members of the media has already moved on, focusing on the new, hot thing  — whatever that might be for their specific industry on which they’re commenting.  As for me, I love movies (you all know this by now), and I’m already excited for the 91st Academy Awards.  Like spring training in baseball, hope springs eternal for all films right after the Oscars.  “Maybe this will be the year,” every filmmaker mutters to themselves.  It’s time for some way too early, probably incorrect 2019 Oscar nomination predictions.  Who knows, maybe we’ll revisit this piece in a year’s time and realize I’m a soothsayer — or highlight some interesting projects on the horizon at the very least.

Considering that the 2019 Oscar picture is murkier than murky at this point in time, we’ll stick to the Big Five categories: Screenplay (Original and Adapted), Actress, Actor, Director, and Picture.

The adapted screenplay nominations are usual taken from well-received works that have a lot of subtext and commentary below what is already a fascinating story.  The Kidnapping of Edgardo Mortara is precisely that, using themes of religion and persecution for a fascinating tale.  However, my money is on Barry Jenkins to follow up Moonlight with another well-written, beautiful script that has layers upon layers upon layers (did I mention it’ll have layers?).  The Academy likes to nominate and reward veterans in the awards circuit — not to mention that the climate of Hollywood has shifted towards telling socially conscious stories that shed light on people rarely seen in cinema.  An adaptation of If Beale Street Could Talk could certainly be all of those things.

Watch out for Felix Van Groeningen and Luke Davies as dark horses.  Beautiful Boy is destined to become a serious tear-jerker with the help of its wonderful cast (Timothee Chalamet and Steve Carell).

Robert Zemeckis and Caroline Thompson, The Women of Marwen 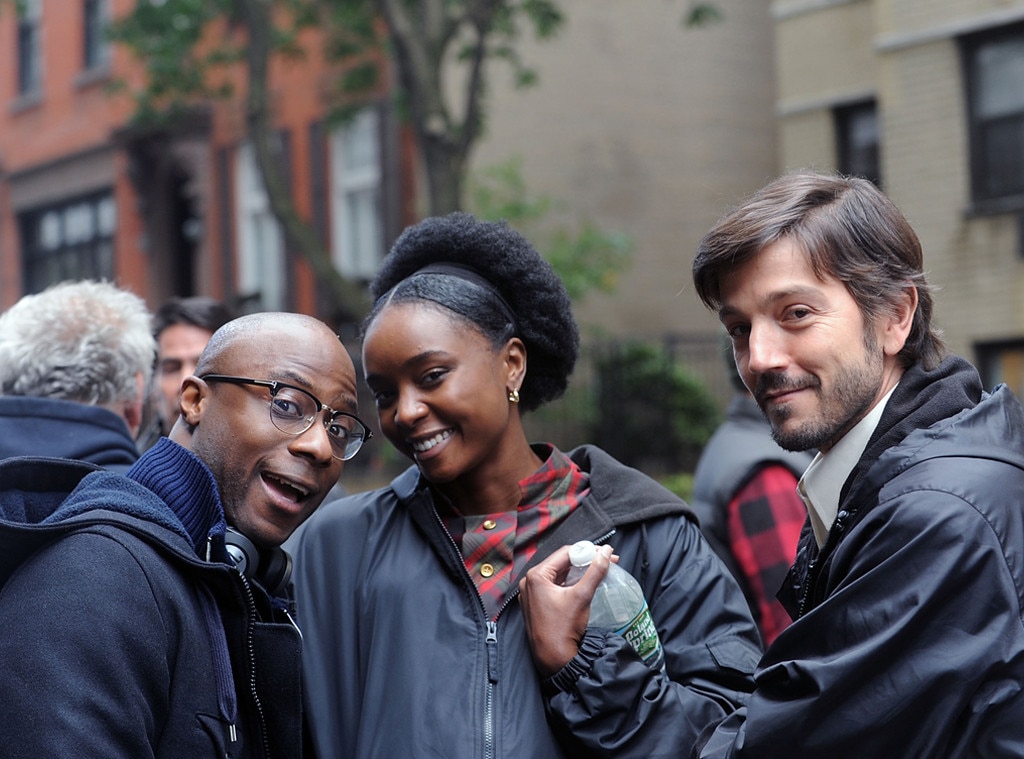 My predictions for Original Screenplay will undoubtedly prove as the most off-base from the actual nominations in a year’s time.  There isn’t as much news or fanfare about original productions pushing for Oscars until later in the year.  But, buzz is already swirling about Ari Aster’s Hereditary.  People are leaving screenings at festivals horrified, calling it one of the scariest horror movies ever made.  The film focuses on a metaphorical discussion of the demons that our loved ones leave behind, meaning that there will certainly be a ton of commentary underneath the surface that will tickle even the most crotchety of Academy voters.  Get Out showed that genre filmmaking can win awards, so why not make it two years in a row?

Watch out for Captive State — a film where people in a Chicago neighborhood deal with life under extraterrestrial rule — as a potential upset.

If there’s one thing that the Academy loves to reward its actors and actresses that go through a major physical transformation to play a role.  Enter Amy Adams changing her appearance to play Lynne Cheney.  The movie will focus on Dick Cheney (Christian Bale), so the producers in charge of Backseat may position Adams for the Best Supporting Actress Oscar instead of Best Actress, but she’s going to get some type of nomination (and probably a win).

Also, with Gary Oldman winning his first Oscar this year, the spotlight goes directly on Adams as the best actor without an Oscar.  For her work in Backseat, she might get awarded with a pseudo-lifetime-achievement-award Best Actress Oscar which is certainly the trend as of late.

In a similar vein, Felicity Jones might get some serious buzz as Ruth Bader Ginsburg in On the Basis of Sex.

Felicity Jones, On the Basis of Sex

Julianne Moore, My Life on the Road Re: to the discussion you just read above.  Christian Bale is putting on a ton of weight to play a prominent political figure.  Chalk up the win!

Lucas Hedges might act as serious competitor to Bale for the award with a fearless performance as gay teenager turned outcast.  But let’s be honest, seeing fat Bale onscreen get again gets you excited, doesn’t it? 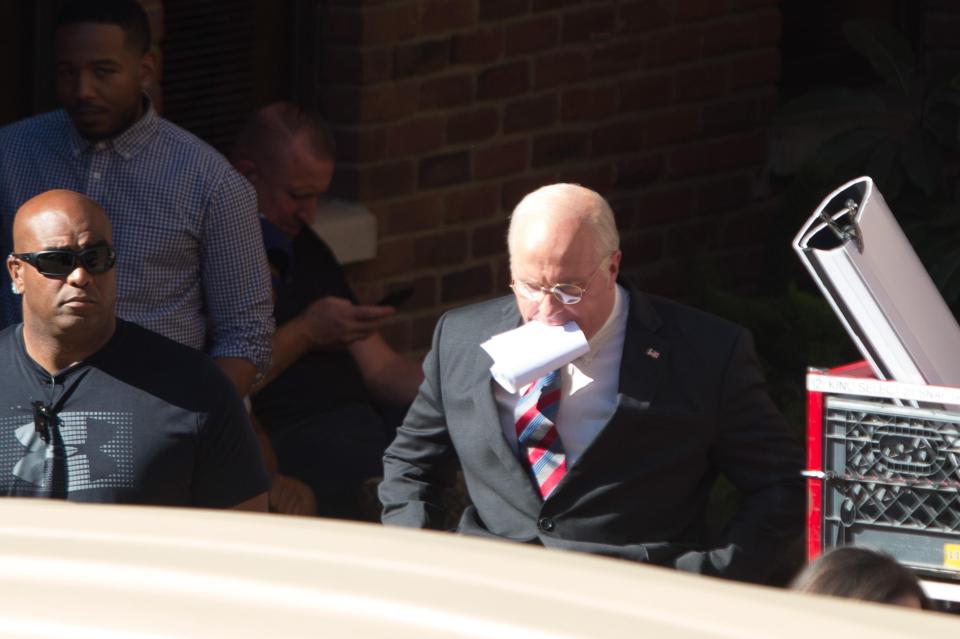 As mentioned above, the Academy loves rewarding those that have already won a few Oscars, and Steven Spielberg is just as comfortable as any with the Academy.  The Kidnapping of Edgardo Mortara details a young Jewish boy who is forcibly raised Christian (and eventually becomes a pope) in 19th century Italy under the watchful eye of Pope Pius IX. With his writing partner from Munich, it appears that this movie is incredibly personal to Spielberg when you consider his roots as an Orthodox Jew.  Considering the following quote Spielberg offered in an interview with Parade Magazine:

“It isn’t something I enjoy admitting, but when I was seven, eight, nine years old, God forgive me, I was embarrassed because we were Orthodox Jews. I was embarrassed by the outward perception of my parents’ Jewish practices. I was never really ashamed to be Jewish, but I was uneasy at times.”

The story in The Kidnapping of Edgardo Mortara clearly speaks to his own life.  When a property lights a fire underneath one of the best directors of all-time, every other contender should just step out-of-the-way.  To put it bluntly, Spielberg is going to do his best to direct the sh*t out of this one.

Steve McQueen could sneak out a possible victory as well.  After all, he doesn’t just sign onto any project offered to him!  For those keeping track at home, Widows is his first directing gig since 12 Years a Slave back in 2013. History tells us that most of the time the Best Director and Best Picture Oscars are tied together (i.e. whichever movie has their director win Best Director is probably going to win Best Picture as well).  On paper, The Kidnapping of Edgardo Mortara has it all.  Spielberg, Tony Kushner, Mark Rylance, and religious/personal persecution — it’s almost as if the Academy wrote the book on which the movie is based to eventually win Best Picture.

Comparisons will immediately goes towards 2017’s The Post as an Oscar-bait, Spielberg-led film that failed to receive much attention from the Academy.  But, Spielberg and Co. have had much more time to properly develop the project as opposed to The Post which had only a few months for its entire production, allowing for Spielberg’s signature, deft touch to go deep into the heartbeat of Edgardo Montara.

But hey, this might be the year the Academy softens and nominates a superhero movie for Best Picture (looking at you, Black Panther!), so there will be a nice undercurrent of discussion leading up to the Oscars that isn’t normally there.

The Kidnapping of Edgardo Mortara

If Beale Street Could Talk

The Women of Marwen Thanks for reading!  What are your thoughts on the way too early 2019 oscar nomination predictions?  Comment down below!

Thanks my man! Here’s hoping that these films live up to the hype!