What to Look for in ‘The Equalizer 2’: A Familiar Story Perfect for Comparisons 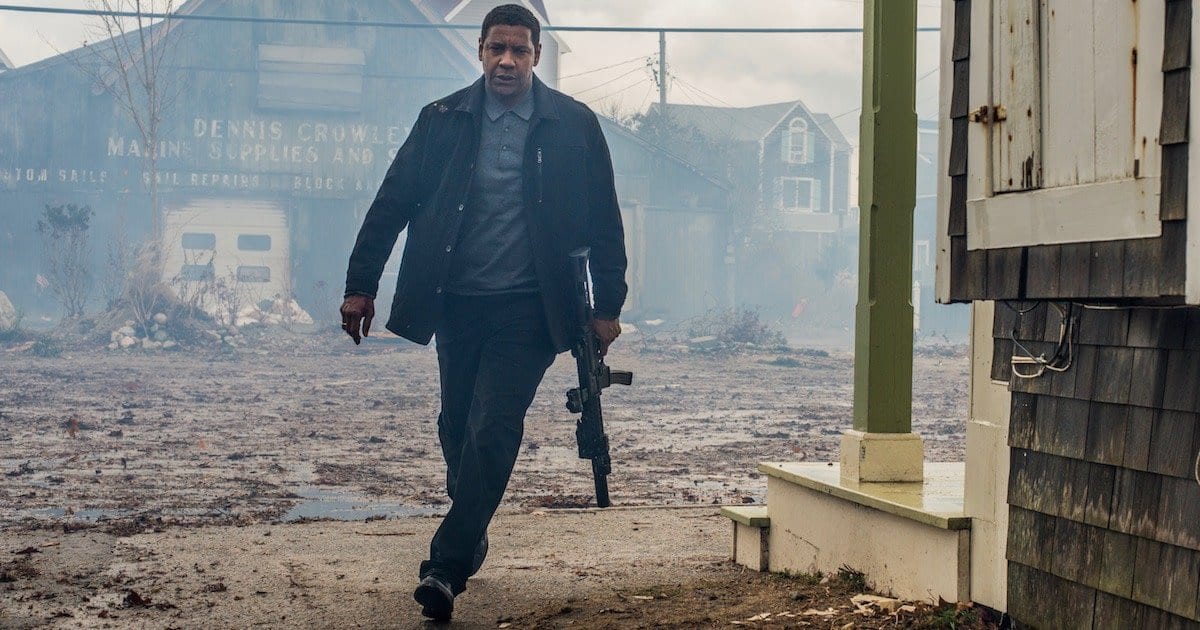 If The Equalizer 2 (2018) seems familiar, let’s figure out why.  A fun game to play is to see how many other films you can identify in this movie — and there’s a lot of them.

But first, let’s review the original.

The Equalizer (2014) is about a former deep-cover government assassin who has adopted the persona of a normal life in New England. The movie is based on the television series of the same name that ran for five years in the late 1980s. British actor Edward Woodward played the original Robert McCall on TV.  Now Denzel Washington plays the role as someone troubled by his violent past who is forced to contemplate his legacy.  And he does this by being employed in simple labor, nightly reading, and having penitent living quarters that are austere and bare of any standard of creature comforts. Then his form of self-imposed rehabilitation is disturbed by the local community injustices which remind him of his old profession.

Now for some details. The arc of the dilemma McCall faces is whether it is possible for a hired killer to fit in and contribute to society.  If not completely reluctant, he commits to take on the status of vigilante for hire.  In the original movie, McCall singlehandedly dismantled an arm of the Russian mob. This creates a platform to address the issue of vigilante justice and the degree of violence used by the combatants.

The Equalizer is similar to Man On Fire (2004), based on the novel by A.J. Quinnell and directed by the late Tony Scott — another Denzel Washington starring role.  And so is The Equalizer 2!  Man On Fire is about a child abduction disguised as a kidnapping.  Right in the opening scene, McCall is traveling around the globe to find the abducted daughter of a woman whose ex decides to move back to Turkey without her. John Creasy is the character Washington plays in Man on Fire, an emotionally troubled former government assassin and military veteran.  That’s about as familiar as you can get.  He and McCall are practically twins.

The All Too Familiar Vigilante Story

If you are reading MovieBabbleReviews.com my guess is that you know a little something about Death Wish (1974). Although I will claim it is a classic and Charles Bronson is one of the all-time greatest of action heroes, there are a total of 6 Death Wish movies, and you may actually be more familiar with the latest Death Wish (2018) starring Bruce Willis.  It’s the go-to film that explores the issue of vigilante justice — a man who gets justice for the violent attack on his wife and daughter.

One powerful theme is the concept of justice in an unjust world.  This is what you will find as the central idea that runs throughout The Equalizer 2.  You will also find that McCall gets revenge/justice for a woman who also was brutally attacked by 4 men.  And if you watch carefully, you’ll see that his intent is to obtain official government convictions of guilt beyond a reasonable doubt in the end.  Here we see belief in the system and the desire for it to work to achieve the justice it was created for.

It’s a Mentor Movie Too

One of the best parts of EQ2 is the relationship between McCall and a struggling young male by the name of Miles (Ashton Sanders), whose older brother was murdered by street gang members.  What makes their story resonate more than many, and there are many film stories like this one, is that it’s focused on the ideas, the ethical decisions juveniles go through in order to reach manhood.  McCall literally wrestles with Miles over the question of what type of person he wants to become.  In a sense he’s forcefully getting across a point that he knows he cannot force Miles to accept.  I think it’s rarely done well on-screen.  Here The Equalizer 2 reminds me of Finding Forrester (2000).

Not familiar with Finding Forrester?  Writer William Forrester (Sean Connery) mentors an African-American high school prodigy Jamal Wallace (Rob Brown). The challenge for Wallace is that he is academically and athletically gifted.  The community, through stereotypical, pressures him to neglect his academic ability in favor of being accepted for success on the basketball court.  The challenge for Forrester is that he tries to convince Wallace to want to make the harder choice to pursue academic success for himself, when it appears that Forrester abandoned his own beliefs decades earlier.

Now think back to EQ2.  When McCall pushes Miles towards a peaceful life pursuing art, and away from a life of violence and revenge, the latter one is clearly the life McCall has embraced himself.  The irony of the two stories is all too familiar.

What EQ2 is Really About

All this leads up to the main plot in the movie.  Killers murder McCall’s only friend, Susan (Melissa Leo).  When he looks into it, McCall becomes a target of her killers.  Can you say Blue Thunder (1983), Above the Law (1988), Michael Clayton (2007)?  Here is my surprise winner, Magnum Force (1973), not The Pelican Brief (1983), with Denzel Washington and Julia Roberts trying to survive what two Supreme Court justices couldn’t.  Why?  Not only is it a vigilante justice movie, but the killers go after Inspector Harry Callahan (Clint Eastwood), when he refuses to join them and keep their secret.  Their confrontational scene compares to the face-off between McCall and his former military cohorts.  EQ2 gave me more in its pivotal scene because McCall made it clear he would punish them for killing his friend

Not to mention that the image of McCall driving off with the killer’s wife and kids was priceless.

The Equalizer 2 Takes a Hostage

Well, you don’t have to look hard to find a familiar setup, say The Equalizer?  Didn’t the gangsters take McCall’s coworkers hostage at the home improvement store?  Taking Miles hostage can’t end well for the killers based on what happened the last time, can it?

Wait, how did it work out in Jack Reacher (2012)?  Didn’t a Russian mobster take attorney Helen Rodin (Rosamund Pike) hostage to use as leverage against ex-military man Jack Reacher (Tom Cruise)?

I’ll tell you how it worked out.  There was a sequel, Jack Reacher: Never Go Back (2016).  For me, the most memorable attempt to take a hostage was Captain Philips (2013) and not because it was a true story.  I will never forget the emotional reaction Tom Hanks gave at the end of the film.  Unforgettable. Tom Hanks wins. That’s how you do it!

Who’d We Leave Out?

What movies did The Equalizer 2 remind you of?  I’m sure there are many that I haven’t mentioned.  What do you think are sure matches that I overlooked?  If I haven’t seen them myself, I will look forward to making the comparison.  If I have, I’ll thank you for reminding me.  Either way, whether intentional or not, movies that remind us of others we’ve seen often add to the entertainment value when they do.  Does the saying “familiarity breeds contempt” apply here?  I guess so.  But look at it this way, it definitely gives us something to talk about, and isn’t this website “the casual way to discuss movies?”

You’re in the right place for that.

Thank you for reading! What are your thoughts on movies that are full of familiar scenes like The Equalizer 2? Comment down below!

What about Liam Neeson and “Taken”?

Good call. Not a vigilante, but he went after the gang that kidnapped his daughter to sell her.