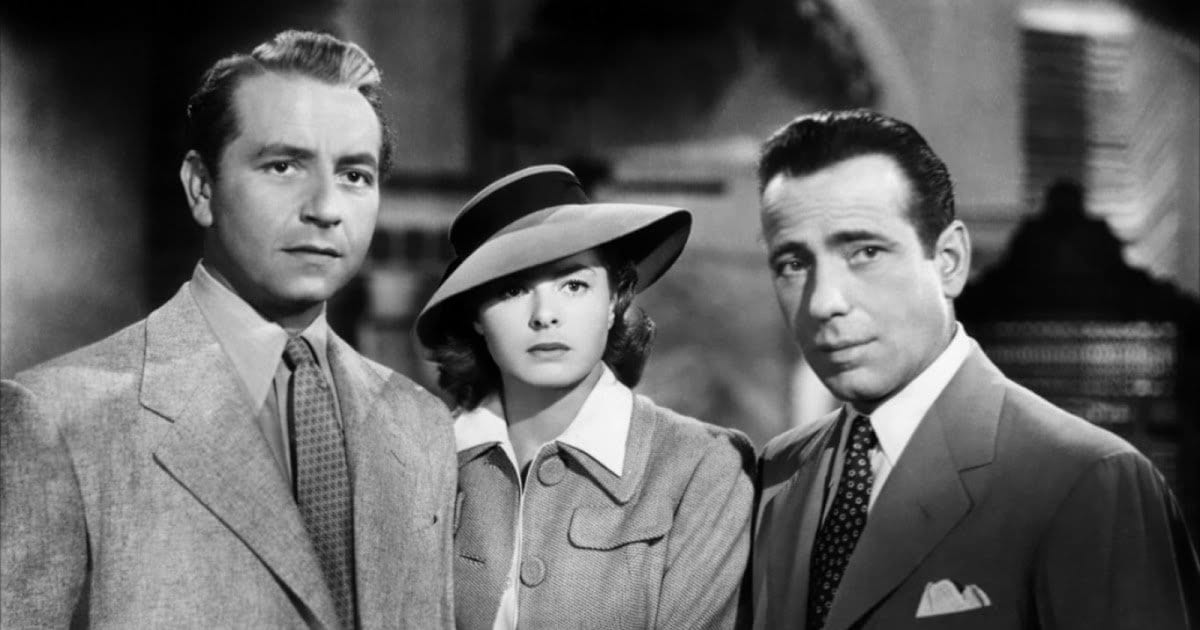 Some movies get a lot more notoriety than others. It’s hard to determine what movies are going to take off and what ones won’t. One doesn’t often hear 12 Angry Men (1957) — by all means a phenomenal movie — referenced as much as Airplane! (1980) — an inane comedy. Yet, one is listed on the top rated movies on IMDB and the other isn’t.

In this list, I’ve considered some of the films that not only get quoted a lot in real life and in other forms of pop culture, but also films that are simply referenced or spoofed. Some of them will be great, others — not so much. Nevertheless, they’ve earned their place in pop culture in one way or another.

Harry Potter and the Sorcerer’s Stone (2001)

From the frightening staccato score we all know so well to the oh-so-quotable lines, Jaws has been referenced time and time again in pop culture. My first introduction to Jaws was actually as a child watching Spongebob Squarepants, as the television show parodied the score and the nails on chalkboard scene. Looking at a more recent example, the movie The Meg (2018) practically lifted the entire Jaws plot and just stuck in a bigger shark. Jaws was groundbreaking in the fear it caused among beach-goers and that made it such a popular film. Because of that, it has been referenced many times in movies, television shows, books, and just in general — the highest sign of respect in the film world.

Something I think many people forget about this film is how haunting the actual sinking of the ship is. James Cameron used skillful cinematography to make this horrifying disaster scarier than ever. Leonardo DiCaprio and Kate Winslet are the famous Jack and Rose — star-crossed lovers of the Titanic. Lines like “Draw me like one of your French girls” and “I’m king of the world!” are pretty stupid when you think about it, but they are coupled with one of the greatest cinematic spectacles to come out of the 1990s. Could Jack have fit on the door with Rose? Probably, but then the movie wouldn’t have been as tragic, nor would it made as much of a cultural splash as it did.

Not only is this cult classic generously quoted and alluded to among film connoisseurs, it also has great memeable moments.

Quentin Tarantino’s baby is a great film because it can be rewatched over and over again without getting old. It’s got that gory Tarantino touch that film critics love. Pulp Fiction doesn’t pull any punches on the violence and profanity, and that’s what its audiences love about it. That and it has great lines that are probably a little too hardcore to put on this website but that make for some pretty funny memes. It has staying power that has made it a go-to reference for anybody wishing to add a little spice to their allusions.

While the lines maybe don’t get quoted as much anymore, I know the film itself gets referenced a lot even in today’s media. Do you remember Carol Burnett’s iconic curtain dress? Basically, anything involving movies on Whose Line Is It Anyway? Gone with the Wind’s influence has spanned for decades because of the cultural impact it made when it first hit the theaters. When you still hold the title of highest-grossing movie adjusted for inflation after 80 years, people tend to remember you. The epic’s lines and iconic scenes have been the stuff of gags and allusions for years now. Though the film is pretty culturally insensitive now, it’s still a riot to parody and reference.

And with that line, The Shining took its place among horror/thriller movies. The famous ax-through-the-door scene has been referenced too many times both in film, TV, and internet memes. Psych did an entire episode parodying the film, including little details right down to Jack’s limp and his plaid shirt under a red jacket. While many of these references are in joking manner, one should not take that to mean that The Shining is not one of the greatest films Stanley Kubrick ever made. Both Jack Nicholson’s and Shelley Duvall’s performances are amazing and the camera work matches the mood perfectly.

And can we all agree that poor Duvall was put through way too much torture to produce that kind of terror for her role?

Alfred Hitchcock’s masterpiece has been referenced in so many ways and in so many TV shows and movies that going back to watch the film is like going back to see an old friend. Psycho is the pinnacle of suspense and thrill and made quite the impact when it came out in theaters, shocking audiences the world over. Who among us hasn’t heard the familiar violin strings screech as a murderer stabs their victim? Just thinking of that score reminds me not of Psycho but of Finding Nemo (2003) and Darla, the oblivious fish-killer. Not to mention that the twist ending for the film is one that many have tried to replicate, but have never come close to matching.

You come to me and tell me that The Godfather is not one of the greatest movies of all-time? Okay, that was a poor attempt at quoting the film, but The Godfather is iconic. Its plot has been referenced, parodied, and alluded to in so many different shows and films. Zootopia (2016) had a mob boss shrew preparing for his daughter’s wedding when he had some unsavory business to attend to. Megamind (2010) parodied Marlon Brando’s character, with Space Dad having the same iconic lisp as Vito Corleone. While the references may be light-hearted, the original film is far from it and has earned its place in history as being a great dramatic depiction of organized crime.

The Wizard of Oz is a delightful film that showed the musical talent and acting chops of Hollywood star Judy Garland. Iconic characters like Toto, the Scarecrow, the Tin Man, the Cowardly Lion, and the Wicked Witch of the West are forever ingrained in the minds of audiences. Of course, this means that the film is referenced many times in pop culture. My first thought when I think of the line “I don’t think we’re in Kansas anymore” is actually of Sex and the City 2 (2010) rather than The Wizard of Oz. And how many times have you heard a character say “There’s no place like home”? Hollywood films love to follow the yellow brick road that The Wizard of Oz paved because it’s such a beloved film that anyone can relate to.

It was inevitable that possibly the most quotable movie of all-time made this list. Casablanca is a great love story whose noir elements and somber narration has been imitated time and time again. The TV show MAS*H quoted this film at least once a season, if not more. Woody Allen’s Manhattan (1979) quotes the famous line “We’ll always have Paris.” Whatever captured the hearts of audiences at the time hasn’t burned out over the years. Heck, La La Land (2016) practically lifts half the plot of the film, from the past lovers to acquaintances to the similarity between the bars the characters decide to open. Casablanca is just one of those cultural phenomenons that everyone seems to understand.

Any one of the Star Wars films could have made this list, but I chose this one for one very specific line: “Luke, I am your father.” Though the original line is “No, I am your father,” this has got to be one of the most referenced movies/lines in history. I can think of numerous movies that parody it: Toy Story 2 (1999), The Smurfs 2 (2013), Meet the Fockers (2004), Megamind (2010), Knocked Up (2007), etc. Of course, any reference to Yoda most likely traces back to this movie as well, meaning anytime someone speaks like Yoda or says one of his many quotes, they are referencing this famous Star Wars film. Out of all the Star Wars films, I would have to say that this is the most iconic.

Thank you for reading! What are your thoughts on the top 10 most referenced movies? Comment down below!

[…] What set them apart from their contemporaries back then — and even now — was their originality. The characters, the plot, the songs, the riveting dialogues — these films are a labour of love. Some of the characters were so iconic that they are repeatedly used in ads, stand-up comedy, or referred to in other movies. […]

The Graduate, Psycho, Vertigo are a few others I see references a lot.

[…] the get-go, it’s obvious that the filmmakers were a fan of the original. There are countless references and surprise cameos from the original. Basically, it’s an onslaught of Memberberries. Hey, […]

[…] a man’s man, a tough guy who could also show his soft side for a romantic partner. Movies such as Casablanca, The African Queen, To Have and Have Not, and Key Largo allowed Bogart to play both sides in his […]

“You’re gonna need a bigger boat.” Not that it would have helped!

[…] of Vertigo (as well as Psycho, for that matter), Rebecca takes a look at the crosstalk between the past and the present through […]

Yep, yep, yep. For the rest of time, every “I am your father” eventually harks back to The Empire Strikes Back. Even Guardians of the Galaxy Vol. 2 practically remade the asteroid field part. Even the tense yet riveting love/hate romance between Han and Leia has been rehashed numerous times. It’s amazing how much impact that movie left on society.

All worl and no play makr Homer a dull boy, I remember The Shining in The Simpsons too!!

And The Animaniacs paid hommage to The Godfather multiple times!