‘The Nowhere Inn’ Ruins the Tour Documentary For Every Recording Artist 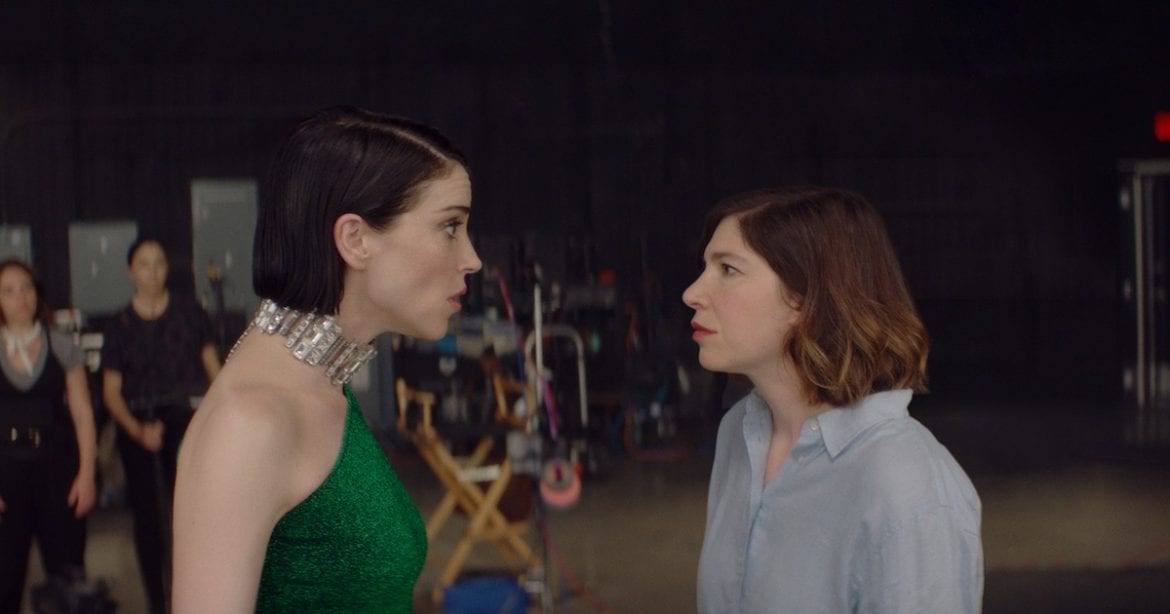 I had a funny experience when I caught up with Netflix’s Miss Americana, the Taylor Swift documentary which captures her political awakening while also recapping her career and work leading up to the release of her album, Lover. While I genuinely appreciated moments where Swift let her guard down and spoke her mind, there was a part of me that wouldn’t give in to her and the film’s earnest touch. My bullshit radar was on high alert, wondering if this was the real Taylor Swift, or the Taylor Swift personality that was curated for mass consumption. I soon realized that I had The Nowhere Inn to thank for my skepticism.

Every so often a movie comes along and ruins a specific genre for me for a while. It’s nearly impossible to watch something like Miss Americana after watching the glorious absurdity packed into The Nowhere Inn.

A Trip into the Insane

Following a curiously silly opening prologue, The Nowhere Inn starts as a fairly straightforward mockumentary. On her latest tour, St. Vincent (Or, Annie Clarke as herself — the distinction between the two personalities becomes a little hairy throughout the film) taps her long-time friend Carrie Brownstein (also playing herself) to direct a behind-the-scenes documentary of life on the road. The goal is for Clarke to share a glimpse of her real self with her fans, although there’s one problem: Clarke is entirely too normal when she’s not onstage embodying the I’m-from-a-different-plane-of-existence essence of St. Vincent. After struggling to spice things up and add some drama, Brownstein shares as much with Clarke, explaining that Clarke just isn’t all that interesting of a figure.

From that point is where The Nowhere Inn begins to split from reality. Hurt from the news, Clarke begins to embrace her St. Vincent personality at all times. The former Annie is no more, and the new Annie turns into another beast entirely. And like a virus, her unhinged personality quickly spreads to everyone around her. Except for Brownstein, who reaches her breaking point as she loses control of the situation entirely.

The Nowhere Inn operates with what I would describe as “lol u thought” logic, as when Carrie Brownstein finally thinks she has a grip on her surroundings, the film once again pulls the rug out from underneath her to reveal she was in another one of St. Vincent’s constructed realities. The commitment to the bit is strong, thanks in large part to Brownstein and Clarke (the real versions) as the writers and director Bill Benz.

It’s easy to see with all three having worked on Portlandia, a show that always leans on absurdity, no matter how insane or niché the joke. There’s unquestionably an improv feel to the film; scenes fold into each other with a “yes, and…” rhythm. It also takes that kind of thinking to its logical conclusion, going way beyond the point where most screenwriters would stop. By the end, The Nowhere Inn has more in common with a Nicolas Roeg movie than it does with a mockumentary. (The creative trio has said as much in their own words.)

It’s an almost impossible balance to strike, going from a simple mockumentary to splashes of horror, thriller, and drama, to then a full-blown entry into the surreal. Of course, The Nowhere Inn is clumsy at times. But when it’s in danger of overstaying its welcome, it has the wherewithal to shift into something else entirely. Being confused by The Nowhere Inn is an understandable response, but I’d look at you a little funny if you left it feeling bored.

At its core, The Nowhere Inn is still a tour documentary, even if its stranger elements will cause one to never look at a wig or pecan pie the same way again. The stage footage is, well, not staged — it comes from one of St. Vincent’s most recent tours. As someone vaguely familiar with St. Vincent’s music, it was mesmerizing to see her psychedelic act with an occasional hard edge. Her blend of rock, pop, and indie music is a near-perfect blend mirrored with the self-mythologizing that is occurring in the scripted sections. St. Vincent’s act is larger than life, adding credence to behavior off the stage. The movie doesn’t work without the kickass tour footage. Otherwise, most of Annie Clarke’s flaunting about would ring as entirely false.

The Annie Clarke vs. St. Vincent confrontation perfectly captures our hypocritical relationship with artists. We’re enthralled by the lore their work and public personas have created and also have an insatiable desire to learn more about them. In reality, we don’t really want to learn more about who they are personally, just the out-of-this-world idea of them that each of us creates. A confirmation bias that confirms only one of the millions of points of view about that celebrity. Combined with some truly “holy shit” moments via extremely outlandish, freaky imagery and an iconic cameo that I wouldn’t dare spoil here, The Nowhere Inn sits comfortably in the top half of band/artist mockumentaries, mostly for daring to go beyond the usual “artists are so conceited — isn’t that hilarious?” schtick that most of them cling to.

There’s a chance that The Nowhere Inn is only for 1% of moviegoers given how bizarre it becomes. But damnit, I’m in that 1%.

Thank you for reading! What are your thoughts on The Nowhere Inn? Comment down below!