Chris Smith's latest doc is an incredibly sweet look into a father-son relationship, filmmaking, and the inextricable connection between the two. 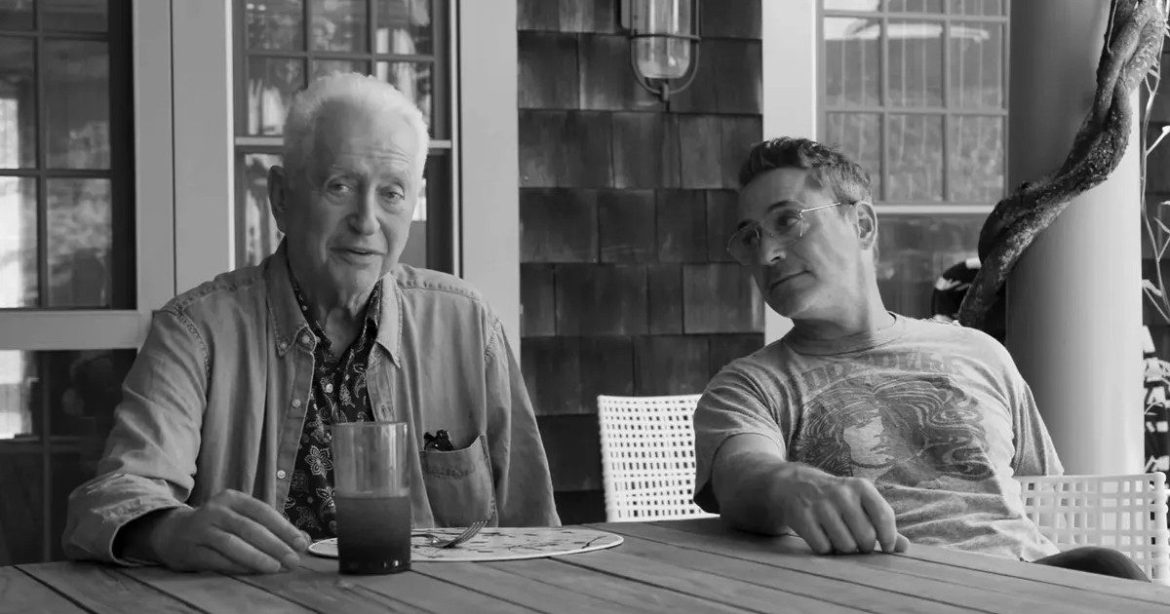 There must be some kind of small glitch in the Netflix algorithm. In the span of a few weeks, the streamer has released two black-and-white documentaries about a very famous person interviewing someone with Parkinson’s that dive heavily into the creative process. But I’m happy to have both Stutz, Jonah Hill’s ode to his therapist and friend, and now Sr., Chris Smith’s endearingly unconventional doc about Robert Downey Jr. attempting to pay tribute to his filmmaker father.

For as mainstream as Jr.’s acting work has been over the last fifteen years (to the point where he played one of the biggest parts in redefining what “mainstream” filmmaking is in the modern era), Robert Downey Sr.’s films are decidedly not that. In one of many hilarious off-handed remarks Sr. makes as the eponymous figure of the documentary, when asked if people try to ascribe meaning to his movies, he groans, uttering, “oh my god, I hope not.”

Sr. largely made films outside of the Hollywood ecosystem, which led to some truly daffy products. Though he does have quite the reputation with some notable industry figures; Paul Thomas Anderson cites his work often and even included him in Boogie Nights as the memorable Burt. Many of his films are featured early on in Sr. as Chris Smith and Jr. attempt to shed light on Sr.’s projects and pick his brain about his career. For those who weren’t very familiar with Robert Downey Sr. up to this point, the clip show that’s sprinkled throughout the first third of the documentary does its job of introducing them to his work. You’ll probably want to fire up Putney Swope immediately after watching.

With Sr. being such an oddball filmmaker, Chris Smith adds a little twist by shooting footage of him and editing it with Sr. in the room to offer very specific notes and make a facsimile of his style. It creates a fun “dueling documentaries” subplot with Jr. and Smith creating their own edit and Sr. creating his.

Although, like the other tiny threads that Smith and Jr. try to create, almost none of them take the spotlight. You won’t get an entire “Sr. by Sr.” section showing the final product of Smith and Sr.’s editing sessions (as much fun as that would be). Downey Jr. explicitly states at the beginning of the documentary that he has no true agenda for it; for a while, Sr. is fairly formless. But as it progresses and Downey Sr. starts to struggle more with Parkinson’s, Sr. begins to find itself as a touching eulogy, with the creation of the documentary becoming the means for a son to connect with his father in his final days.

Some of the strands Sr. hints at could have been fun avenues to explore in full, but in the end, focusing on the “making of” aspects allows for candidly emotional moments between the Downeys. Rarely do you get the opportunity to see a megastar like Downey Jr. let his guard down; he appears to actively work to suppress his stardom to elevate his dad’s. For two people who owe their lives to their art, Sr. is a tender portrait of their connection.

Thank you for reading! What are your thoughts on Sr.? Comment down below!