‘Sonic the Hedgehog’ Runs on Empty 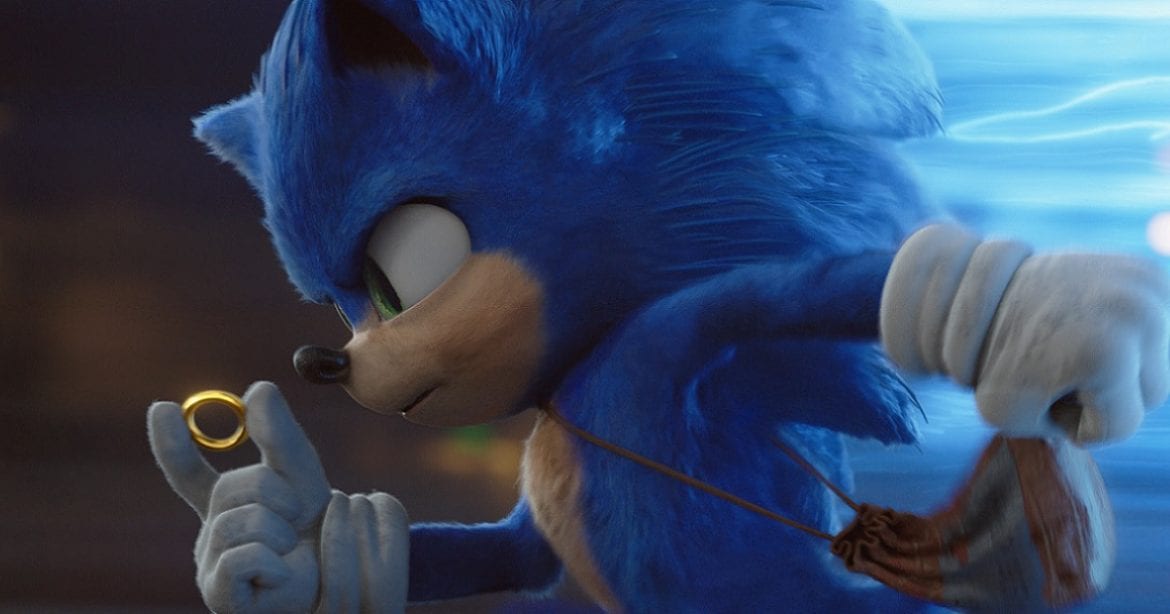 Capitalizing off the CGI technology available to it during this age of digital filmmaking, Jeff Fowler’s Sonic the Hedgehog (2020) could have been a dream come true for younger fans of Sega as well as the parents who grew up on it. What we get, instead, is the stuff of nightmares. Seeing the beloved character brought to photorealistic life in our world is something that wouldn’t have been possible before James Cameron’s Avatar (2009). Still, as with Avatar, there is more to movie magic than the special effects.

Indeed, 3D animation has historically been the worst thing to happen to Sonic the Hedgehog.

Once Upon a Time…

…There was an extraterrestrial, anthropomorphic hedgehog named Sonic (voiced by Ben Schwartz) who could run faster than the speed of sound. Because his superpowers were so coveted, Sonic was forced to use magic rings to travel between worlds before he could be caught and killed, which landed him in Green Hills, Montana. After Sonic lost his rings, mad scientist Doctor Robotnik (Jim Carrey) plotted to capture him for himself, so Sonic teamed up with Green Hills Sheriff Tom Wachowski (James Marsden) to find the rings and flee Earth.

What Do You Get When a Hedgehog and a Plumber Walk Into an Arcade?

To best understand why Sonic the Hedgehog represents nothing more than the latest disappointment from Sega, we must first determine when the developer’s legacy became one of failure. With the debut of Sonic the Hedgehog in 1991, Sega found their answer to Nintendo’s Super Mario Brothers. Sonic would tap his foot impatiently, check his watch, and glare at you if you took a break from the breathlessly paced gameplay. He had an attitude and personality. As opposed to Pac-Man, he was not just a piece to move across a virtual gameboard. He was on a hero’s journey.

Sega’s mascot translated well across other media, from comic books to television shows. Adventures of Sonic the Hedgehog (1993) was lighter in tone where Sonic the Hedgehog (1993-1994) was darker, but both screen adaptations were more watchable than the competition. Not only is Rocky Morton and Annabel Jankel’s Super Mario Bros. (1993) one of the worst video game films ever made, but it is also one of the worst films of any genre ever made.

Then, Super Mario 64 popularized three-dimensional graphics in 1996, and the 3D wars were not as kind to Sonic. Published that same year, Sonic 3D Blast was the first in a long line of headaches, thanks to glitchy gameplay, unintelligible camera movement, and nonsensical storylines (accompanied by inferior voice acting). Now, Sega is back to 2D side-scrolling platforms like 2017’s Sonic Mania, and Sonic is a fighter in Nintendo’s Super Smash Bros. (alongside Pac-Man, for that matter).

Mario survived these industry changes because of the very things that counted against his games before: the slower pace and the next-to-nonexistent plot. He is still as playable today as he was decades ago, and the same cannot be said for Sonic. Nintendo is the superior developer because they know the limitations of their craft and they play by the rules of what works. Sonic tried playing by his own rules, and it damn near got him killed.

“You Get What You Fucking Deserve!”

In the same vein as Todd Phillips’s Joker (2019), Detective Pikachu marks a more “cinematic” approach to its source material. Both movies could function as standalone works, rather than companion pieces to comics or games. Although far from a masterpiece, what makes Detective Pikachu a greater picture than Sonic the Hedgehog is its world-building and mature themes. Adults and kids alike will delight in the spectacle of Pokémon populating a world very much like our own, and even audiences who have never played Detective Pikachu will be as entertained as they would be watching any other mystery story.

On the other hand, there is nothing grown-up about Sonic the Hedgehog, which insults the intelligence of the children seeing it at the same time as it tortures older viewers. Cast your mind back to your childhood. Were fart jokes as funny to you back then as Hollywood thinks they were?

This is not the same Sonic who held his own against the Mario juggernaut throughout most of the 1990s. This Sonic doesn’t make your inner child feel more badass than you would playing a Nintendo game instead. This may look like Sonic, but, as written here, in such a way as not to inspire the imagination beyond forgettable one-liners, this is not my Sonic.

But Then Again, Even a Broken Clock Is Right Twice a Day

To the credit of Sonic the Hedgehog, it doesn’t fall into the same trap as some of the later games and take itself too seriously. After all, it is about a talking blue hedgehog from outer space — it ain’t Shakespeare.

Part buddy cop flick, part road trip movie, it is not without its thrilling set-pieces, such as Sonic’s flight from Doctor Robotnik through the streets of San Francisco. Indeed, the City by the Bay has captivated the cinematic consciousness since Sir Alfred Hitchcock’s Vertigo (1958), and for good reason. The hillside skyscrapers and zigzagging roadways are like a level out of a Sonic game.

Surprisingly, there is a social commentary to be mined out of Sonic the Hedgehog. This incarnation of Doctor Robotnik works for the United States government, and the protagonist of the film is called a terrorist for harboring an “alien.” Plus, Carrey develops Robotnik as a lampoon of the Jeff Bezos billionaire, replacing human labor with machines because a hedgehog is a better person than he is.

Unfortunately, Though, the Bad Outweighs the Good

Thank you for reading! What are your thoughts on Sonic the Hedgehog? Comment down below!

I grew up playing a bunch of the Sonic games back in the 90s, but I feel like the movie doesn’t seem to live up to the old Sonic. I may give it a pass.