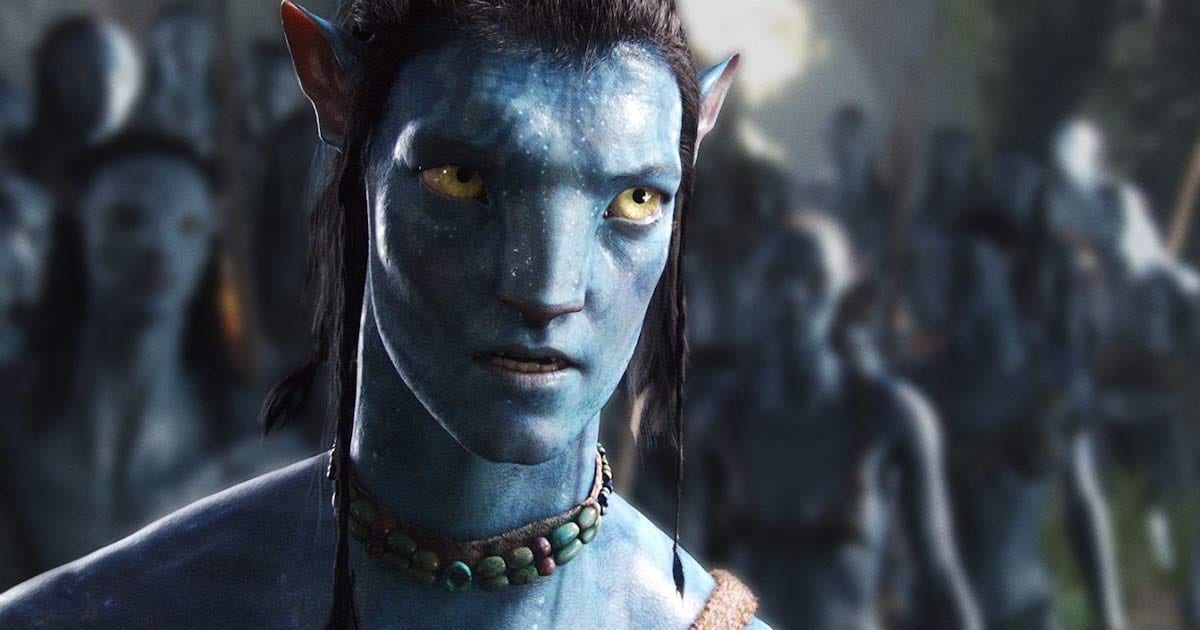 I can’t believe it’s only been 10 years since Avatar (2009) came out. I remember the first time I saw it I was absolutely blown away by the special effects. The work that had gone into each shot was absolutely stunning. Never had I seen such a beautiful world created almost entirely by computer image.

Since that first viewing, my feelings of shock and awe have worn off and I see Avatar for what it is — average. Abysmally, assertively, astoundingly average. The really good parts of the film are leveled out by the really bad parts of it. The net result is a devastatingly average movie.

Note: spoilers for the film will follow so if you still haven’t seen if after 10 years, do not read on! (Or do, I can’t make you do anything.)

The very first thing I noticed after rewatching this film is that Sigourney Weaver is quite possibly the best thing about it. Ever since Alien (1979), Weaver has been a staple in major sci-fi films.

The best thing about Sigourney Weaver is she isn’t your average damsel in distress. She’s tough and hardened and it shows in the way she carries herself and in the way she talks. She’s one of the few sci-fi actresses that is able to toe that line between sexy and tough and come out looking good.

Yet, she also retains a tenderness that is often lost by tough characters. A lot of male action heroes fall into this trap. When you strip everything down to just sexy and tough, it can be easy to lose that bit of humanity. Not Sigourney Weaver though. I love Sigourney Weaver.

…but Sam Worthington is Not

Sam Worthington does a good job of playing a jarhead because I swear nothing is going on in his head. His line delivery falls flat every time no matter what he does. In fact, his Na’vi avatar did a better acting job than he did.

His lack of acting skills can be attributed partially to the fact that he’s just such an average-looking guy, but he doesn’t make up for it in personality at all. He acts like a typical frathead jock-type guy. There’s nothing about him that you couldn’t get by hiring your local gas station cashier.

I don’t want to completely tear down Worthington though. He was practically made for military-type roles. Look at Hacksaw Ridge (2016), Clash of the Titans (2010), Terminator Salvation (2009), etc. He just has a hard time crossing that emotional boundary into true acting.

The Special Effects are Beautiful…

James Cameron’s Avatar is spectacular for the main reason that it is just so visually stunning. For a setting that is mostly green screen, he was able to create a beautiful world. Even its more fantastical elements look so real that you are immersed almost immediately.

The computer-generated imagery is the reason that this film wins the big bucks. Not only does it appeal to American audiences who love a good sappy romance and a big old war with explosions, but it also appeals to overseas audiences; imagery and special effects can be understood by all. James Cameron was smart to combine both a great story with beautiful imagery to appeal to both those audiences.

Though I’m not normally a big fan of James Cameron (at least his personality), I think he did an amazing job with the CGI for Avatar.

…but the Character Design is Odd

I understand that was an odd statement so let me clarify by asking who’s idea was it to have hair genitals?

I realize this isn’t exactly a kids’ show, but I still wonder how many kids watched this in theaters and — apart from being shocked by the amount of swearing — were super confused by the hair genitals. Who looked James Cameron in the eye and said “You know what we should do? We should have them connect their braided hair to their horse-like animals and make it look really gross and almost like sex. And also that is what Na’vi sex should be like. Basically their hair is important for a lot of things but every time they connect their hair with anything it will look like sex.” 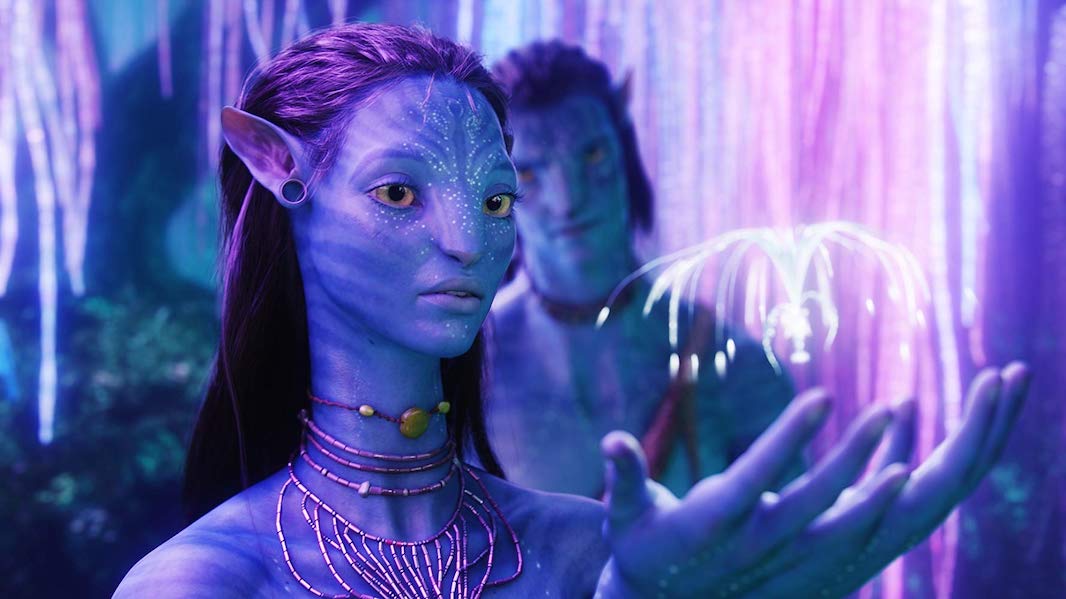 Such an Intricate Story…

I want to complain about how long Avatar is, but I feel it’s one of the few films that deserves its runtime. To steal a quote from my high school English teacher, Avatar is basically Dances with Wolves (1990) but with blue people. And like Dances with Wolves, Avatar needs a long runtime to establish that bond between tribe and outsider.

It’s easier to imagine the long process Jake went through to become part of the Na’vi if we get more of that experience. James Cameron was smart to make the film so long so that people wouldn’t feel like the story was rushed or that they missed out on anything.

Plus, the story was beautiful in and of itself. It had romance, tribal rifts, mystical elements, modern edge, and friendships between unlikely people. It’s a story that works well no matter what but one that especially worked for Avatar.

I mean, it’s Hollywood. No matter what, there’s always going to be some sort of moral from the films we watch. However, Avatar just feels like it’s throwing an agenda right into your face. Of course, it’s not a bad agenda, just slightly annoying.

So, what agenda is it trying to push? That’s another thing — Avatar seems like it’s trying to push so many different agendas that it loses its way. Climate change, learning to coexist with others, accepting differences, pushing past trials, etc. They’re all great but I feel like the film never spends enough time on one. Instead, it moves from one moral to the next and expects you to take each into your life.

At this point, I’m not sure what one is supposed to learn from Avatar, I just know that humans are bad and we need to change.

Basically, the equation for Avatar balances out. It has so much good in it, but it also has so much bad. Some of the dialogue, and particularly the Na’vi language, is just beautiful to listen to; then, of course, we have anything that Jake Sully says.

For such an average movie, I’ll never understand why it became so beloved. Then again, if you can make a realistic CGI world or battle and make a halfway decent story, you have a blockbuster hit. Why do you think Marvel movies are so popular?

Thank you for reading! What are your thoughts on Avatar? Comment down below!

[…] with Wolves is the OG Avatar. I’m sure at this point you’ve all read into how Avatar was basically Dances with […]

[…] does in terms of both character motivations and intelligent filmmaking. But it is still a cliché, one that reinforces a narrative about queer characters and relationships that I’m not sure […]

[…] life in our world is something that wouldn’t have been possible before James Cameron’s Avatar (2009). Still, as with Avatar, there is more to movie magic than the special […]

I never watched it because I got so tired of hearing about it.

It really shouldn’t be as hyped as it is!

Thank you. I feel vaguely bad if people start raving about “Avatar” and my response is “it was okay”. They act like you kicked their puppy. Like you, I see good but also a lot of not so good. It’s nice to feel a little vindicated.

People just like hopping on the bandwagon. The same way everyone raves about Endgame when it was also average (even boring at some parts).