‘The Hunt’ is a Decent Watch, but Not Much to Think About 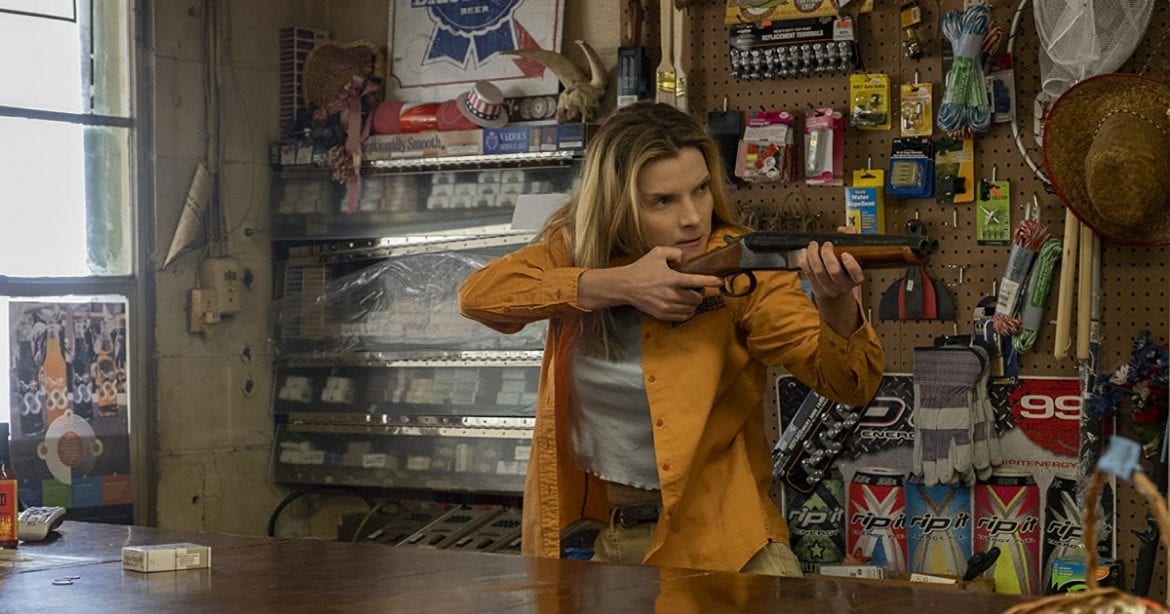 On paper, The Hunt didn’t seem to offer anything new. The initial premise calls back to the 1924’s short story, The Most Dangerous Game, which has been adapted numerous times — most notably, of course, with the 1994’s Ernest Dickerson film, Surviving the Game, starring Ice-T, Gary Busey, and the late, great Rutger Hauer. A group of rich people is hunting people for sport. One of their targets turns out to be hard to kill and starts hunting them instead. This has been done so many times in countless direct-to-video releases.

The Hunt‘s big twist was that the story would have a modern political coating. The hunters in question were now liberal elites, the hunted were Trump supporters. It was because of this political twist that The Hunt garnered some controversy, even before its official release. The early test screenings had audience members reportedly being “uncomfortable” with its political content. Some right-wing commentators accused the film of initiating violence against Donald Trump’s supporters. Eventually, the studio decided to delay the film after the Dayton and El Paso Mass shootings and a few infamous Trump tweets.

Its controversy was then later a marketing tool, as the poster of the film states: “The most talked about movie of the year is one that no one’s actually seen.” The poster implored the audience to “decide for themselves”. Unfortunately, whatever profit this film could have made was, as you can probably guess, ruined by a certain pandemic. Blumhouse, therefore, decided to release the film digitally after a short stint in theaters.

After having seen this film, in the confines of my own home, of course, I can safely say that despite its satirical jabs at Modern American politics, The Hunt is undeserving of its supposed “controversial nature”. It’s unlikely to spark any incendiary debate among its diverse viewers. It will, however, offer you a few decent laughs.

The Hunt opens with a woman named Athena, whose face you don’t get to see just yet, casually mocking the president (never mentioned but obviously Trump) in a group text. Despite their outrage about whatever stupid thing the president has said or done now, they are happy that they will soon participate in an event called, the hunt, in which they can hunt his deplorable supporters.

We are then placed in a private jet, where we are introduced to our gang of antagonists. Initially, they seem just like your ordinary upper-class elites, but when a drugged-out redneck suddenly staggers into the cabin — having awoken from a drugged-induced stupor — and is brutally finished off by Athena, it becomes clear that these are not just your ordinary, out-of-touch elites. These are people engaged in the titular hunt, with the targets being right-wing conspiracy theorists. Soon enough, we are introduced to a group of characters who awaken in a field, gagged with no idea of how they got there. They find a giant box, and when one of them opens it, a cute little pig walks out. Inside they find an awesome arsenal of weapons.

Before they even have a chance to process their current predicament, however, they are being killed one by one. No matter how pretty the performer, or how familiar they seem to be, none of them are sure of their survival. Yet, as one can expect from these types of stories, one character is particularly hard to kill…

The film was nothing extraordinary but it does showcase the charming talent of its lead performer. Knowing who the main character is could spoil some of the fun. Skip this segment if you don’t want the slightest spoiler…

Betty Gilpin is the star of the film. I had only recently become aware of her with her work in Netflix’s Glow, in which she absolutely stole the show. In The Hunt, she’s an action heroine, and although many of her fight scenes are obviously edited in a way to hide her martial arts inexperience, she still absolutely kick-ass.  She also manages to imbue the character with just enough humanity. She’s not just a mindless ass-kicking heroine. She’s tough, but there’s a vulnerability about her. In the final fight scene, you can see that she can get hurt. There’s an even melancholic spark in her eyes, as if she’s tired of all this ridiculous evil, yet unsurprised with how cruel people can be.

The rest of the cast only has minimal screentime and therefore, does not receive much opportunity to develop their characters. Glenn Howerton from It’s Always Sunny in Philadelphia fame plays the rich douche unsurprisingly well, Amy Madigan and Reed Birney are also highlights as an elderly couple who own a truck stop. Sadly, the talented Macon Blair (known from Jeremy Saulnier’s Blue Ruin and Green Room) is absolutely wasted. Both Usman Ally and Ike Barinholtz deliver some of the film’s funniest moments. Hilary Swank as the primary antagonist Athena does alright, but she seems to take the film just a tad too seriously. Her motivation, the ultimate instigator of the plot, has promise, in how it critiques social media bias with corporate decision making. But it never becomes as effective as it should be.

Not as Smart as It Thinks It Is

I have a complicated history with Damon Lindelof’s work. Some of his contributions I consider brilliant (The Leftovers and Watchmen) while others start interesting but always seem to have a lackluster pay-off (Prometheus and off course, Lost). It’s hard to deny this talent, but his writing skills are not an assurance of quality and The Hunt is evidence of this.

It’s not that The Hunt suffers from a terrible script, it just isn’t as smart as it thinks. It wants to be a satire of America’s current political divide but it does so without a hint of subtlety. All it can do is make a few obvious jabs at overly politically correct liberals and right-wing conspiracy theorists. Sometimes the dialogue between these murderously politically correct elites will give you a chuckle, but it’s nothing profound. It’s been done numerous times before. In fact, I would argue that the political satire in this film is horribly stale. It almost seems to try hard not to offend anyone. It confirms the biases of both sides of the political spectrum and leaves it at that. Some liberals are too politically correct, some right-wingers are engaged in conspiracy theory nonsense — it’s nothing groundbreaking. A writer like Paddy Chayefsky could have done something brilliant with this concept.

The rest of the humor relies on gory shock value. Admittedly there’s the occasional good kill — one involving a grenade being a highlight — and some surprises too. But most of it is unfortunately poorly rendered through CGI. Any time there’s a short burst of ultra-violence, you are distracted by how phony it looks.  A good comparison is to compare the head explosion in The Hunt with the head-explosion in the recent VFW. You can easily see why practical effects are the way to go.

The Hunt is by no means a horrible film. There are worse films you can watch in your current quarantine state, but it’s ultimately a rather bland film, that does nothing new. It’s just The Most Dangerous Game with liberal elites hunting Trump Supporters. It does nothing interesting with the concept. It’s supposed “satirical edge” is simply painfully obvious.

I’ll be honest, I would have rather watched Ernest Dickerson’s Surviving the Game again…

Thank you for reading! What are your thoughts on The Hunt? Comment down below!

[…] to Vin Diesel mumble for two hours to contract it.) The same can be said for I Still Believe and The Hunt in what became the last weekend theaters were open before quarantine measures were put in place. […]

The Hunt is a strange film in that no one really hates the film, but no one likes it either! I am curious as to seeing it for myself, but won’t be rushing to watch it any time soon!

“Its controversy was then later a marketing tool, as the poster of the film states: “The most talked about movie of the year is one that no one’s actually seen.” The poster implored the audience to “decide for themselves””
There’s a long tradition of films pulling this stunt. The 1950s The Moon Is Blue after the Hays Office declared it unfit for consumption. Locally where I used to live, a movie theater yanked Bo Derek’s “Bolero” after the police declared it obscene. But they kept it running the rest of the week and gosh, a whole bunch of people came out to catch the lewd sexiness.

For a Dollar, Name the Best Romantic Comedy...