‘The Other Lamb’: Horror that Isn’t Scary 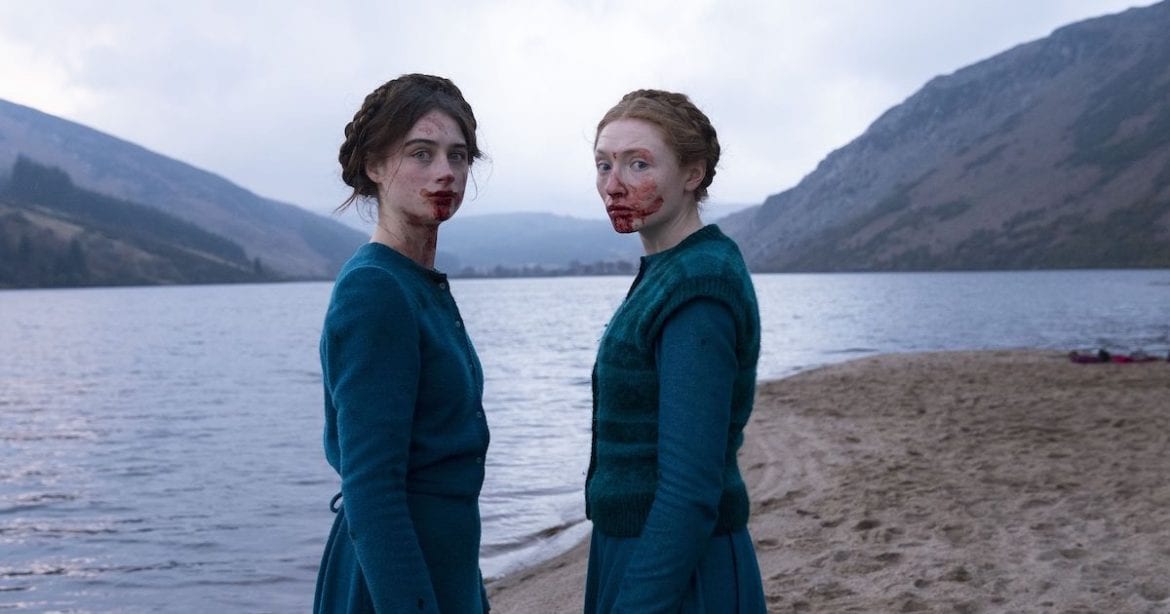 Cults. They’re fascinating, aren’t they? Groups of people who are convinced of one belief system or one way to live at the expense of their best interests, charismatic leaders, and often weird outfits. The cult in The Other Lamb is no exception. A group of roughly twenty women, none older than about 50, are the “flock” of Shepherd, a Jesus-type figure who is simultaneously the husband and father of all the women in the cult. The Other Lamb follows Selah, a teenage member of the cult played by Raffey Cassidy, as she comes of age and realizes Shepherd, played by Michiel Huisman, is perhaps not the god she was raised to believe he is. While The Other Lamb is stunning in its looks and sound design, the story lacks the tension and stakes needed to make this film as fascinating as it had the potential to be.

The Other Lamb has a pretty straightforward, if insubstantial, plot. Catherine McMullen wrote the screenplay, and this is the first feature she has written. Selah is a teenager who has spent her whole life in a cult led by Shepherd. There is no technology, and it’s a very pastoral community. She is a daughter, and hopes to one day be promoted to a wife, women who are able to have sex with Shepherd and bear children.

The cult lives in the woods, until one day a police car comes in the middle of the night to tell Shepherd to leave. Selah sees this, and it’s a clue that the film’s time period is indeed somewhat modern. Without giving away the little bit of tension the story has, the group has to move to another spot, and along the way Selah sees and experiences things that make her doubt her faith. Ultimately, the plot revolves around Selah’s quest for independence, in a very twisted coming-of-age story. The movie is marketing itself as a horror, but I would call it, at its most tense, an insight into the psychology of abused women. There are a couple of images that were rather haunting, but the collective effect is not scary or thrilling, it’s mostly sad and occasionally upsetting.

Now, any naysaying I have about The Other Lamb is wholly related to the story, not the acting done in it. Małgorzata Szumowska, the director of this project, clearly has a gift for encouraging subtlety and patience in the performance of her actors. Raffey Cassidy, who is a ringer for Dakota Johnson, carries this on her back as Selah. She manages to showcase fear, desire, regret, impatience, piousness, all within a one-minute shot. Any tension this film has, the credit goes fully to Cassidy.

Huisman, as the handsome but abusive Shepherd, gives a good, if ultimately one-dimensional, performance. The trick with a character like Shepherd is that their evil shouldn’t be at the forefront. There is a reason all these women wanted to follow him, and from the beginning, he is skeevy and bad. Huisman is a great actor, but I don’t believe he was given the room in the script to really show why he would be such a charismatic leader before his turn into the devious.

Denise Gough plays Sarah, a disgraced wife who shows Selah the dangers of Shepherd. Gough is an Irish stage actor, primarily, and has won multiple Olivier Awards. She is clearly an excellent actor, and I only wish that Sarah had been given more of an arc, or at least more screen time. The story of the “impure” wife is a great subplot, one that really drives Selah towards her conclusion, but it comes as too little, too late in the pacing of the film.

The Costumes and Set

Like I said initially, The Other Lamb is visually stunning. It’s completely in the wilderness, with gigantic, towering trees, gorgeous mountains and lakes, and horizons that go on for miles. Not only is the natural world featured beautiful, but the actual set-pieces are compelling as well. The RVs and huts that everyone lives in are vintage enough to be out-of-date but not rustic enough to signify complete isolation. The string that is put up all around the campsite to signify sacred space is gorgeous. It creates environments of contemplation, and the illusion of privacy, but in fact, Shepherd is able to constantly monitor his flock. The set contributes to the illusion of privacy, but with all the windows and open spaces, Shepherd sees all.

The costuming is a wholly different beast. Jenny Nolan, the costume supervisor, clearly knows how to make something look like a uniform. But, other than that, I didn’t see anything particularly noteworthy in the costuming. Granted, there isn’t a lot of variety in outfits, but I wish there had been some sort of decline, whether in Selah’s makeup, hair, or costume, to indicate her inability to trust Shepherd as the film went on. It was good, but it didn’t significantly add anything to the story, which I find the best costumes do.

Horror with No Bite

Ultimately, this movie is fine. It has an okay story, good acting, and beautiful imagery. If it wasn’t a “horror” film, I would recommend it for the calming nature scenes alone. However, this movie didn’t calm me at all. Rather, it just bummed me out. It explores an abusive man, controlling a ton of women, and although there is some sort of grim satisfaction in the end, it does not do anything to make up for some of the more boring-to-bad bits of abuse shown in the film. I wish I could endorse The Other Lamb in any significant way, but ultimately it’s forgettable.

Thank you for reading! What are your thoughts on The Other Lamb? Comment down below!