The idea of imagining certain celebrities as ice cream flavors is a version of a slightly dead meme, wherein internet users imagine famous people as certain products or items; some of my favorite have included laundry detergent and dogs.

I figured I should jump on this trend (although the train is long gone at this point). Since I work at an ice cream parlor, I will be giving you some of my favorite celebrities as ice cream flavors. There are 16 flavors of ice cream where I work, so we will be going through twelve actors/actresses. Enjoy, my friends.

Note: this will be in two parts because it was way too long for just one article. And because I like to drag things out.

This one wasn’t too hard to think of. Tom Hanks is like vanilla ice cream — he blends well with anything and he takes on the flavor of whatever he’s in at the moment. If you happen to watch a historical drama with Tom Hanks — Saving Private Ryan (1998) or Bridge of Spies (2015) — he will take on the complete persona of the character he is portraying. Compare this to when you add vanilla to a hot fudge sundae — it takes on a hot fudge flavor, almost completely masking the underlying vanilla flavor. The only difference is that I would not call Tom Hanks anything close to bland.

Whatever your opinion, you have to admit that she is a great actor with an admirable air of sophistication about her that shines through in her roles.

Reese Witherspoon about to throw what I presume is raspberry cheesecake ice cream at an unsuspecting Meryl Streep. Image via People

Generally, most people like Matt Damon. He’s charismatic both on and off screen and is in a lot of well-loved films. Like chocolate ice cream, he generally tends to be a favorite among people who want a great actor who blends in, but still retains their own flavor. He has a sweet side that tends to go over well with kids, like in We Bought A Zoo (2011) or his voice-acting in Spirit: Stallion of the Cimarron (2002). He also has a more refined side that the adults love, like in Good Will Hunting (1997) and The Departed (2006). Overall, Matt Damon, just like chocolate ice cream, is well-liked by all kinds of people and is considered a staple in many people’s Saturday movie nights. 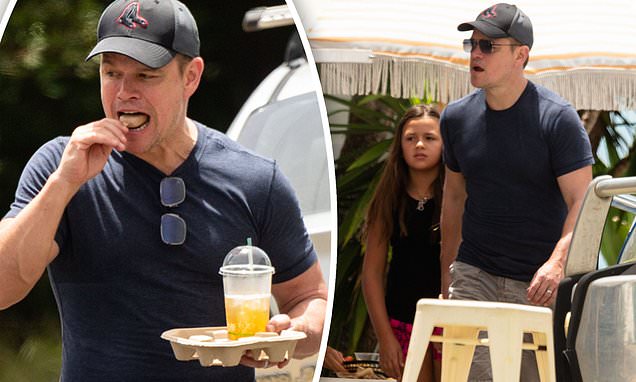 Here we see Matt Damon eating ice cream just like a regular guy because he is a regular guy and we all love him. Image via Daily Mail

Neeson has an amazing eye for biographical roles like those in Schindler’s List (1993) and Kinsey (2004). Plus, his tough-guy action hero persona is one that many actors struggle to beat, showcased in Taken (2008) and Non-Stop (2014). But then there’s roles like in A Million Ways to Die in the West (2014) that are really best when skimmed over. Just like the bland vanilla ice cream mixed in with the delicious cookie dough and chocolate chips.

Liam Neeson has become one with cold things like ice cream and snow. (In actuality, I just couldn’t find any pictures of Liam Neeson with ice cream.) Image via Moviehole

Miss Congeniality (2000), The Proposal (2009), and The Blind Side (2009) are all virtually universally-loved by audiences. It’s hard to find a movie that I don’t like Bullock in. Even Demolition Man (1993) has a little Bullock magic to keep it going. Likewise, pralines and caramel is generally a safe bet at any ice cream parlor. It’s hard to go wrong with candied nuts and caramel.

We stan an ice cream icon. Image via Much

This comparison is a little more specific to me, but that’s okay. When I was younger, I loved bubblegum ice cream. I would sit and pick out the little pieces of bubblegum and enjoy the overly sweet ice cream whenever I went to Baskin Robbins. Now, I still love it — though I don’t pick out the bubblegum pieces anymore. This is also my relationship with Alec Baldwin; I loved him as a kid in Thomas and the Magic Railroad (2000) and The Hunt for Red October (1990). Today, I love him in more adult roles like 30 Rock and The Departed (2006). Though my tastes and favorite things may have changed over the years, my love for bubblegum ice cream and Alec Baldwin has simply matured.

Alec Baldwin offering a taste of his own favorite ice cream. Image via Moody Eye View

Let’s get real simple here: Gwyneth Paltrow is nuts but she’s sweet and isn’t too bad an actor. Need I say more for the comparison?

Paltrow has an…interesting…life off-screen. But, on-screen, she shines. Of course, her role as Pepper Potts in the Marvel Universe is one that has boosted her career beyond what it ever was, but she’s always been a great actress. Take Sliding Doors (1998) or Shakespeare in Love (1998) and you’ll see what I mean. Paltrow has a tenacious quality that endears her to audiences almost immediately.

But she’s still nuts in real life. I won’t go into specifics, though. You’ll have to go through your own Google horrors for that. 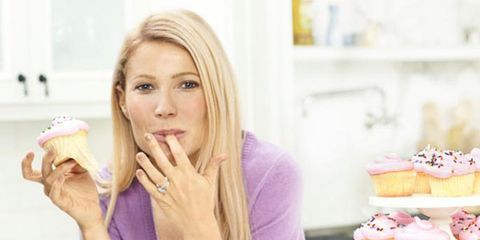 I realize it’s hypocritical to put Dolly Parton on here — who is primarily a singer — and then berate Justin Timberlake in my next article (spoiler alert) for also being a singer, but this is my list so I get to do that. Plus, I personally find that Parton has better acting chops than Timberlake.

Anyway, as told by Dolly Parton’s Coat of Many Colors (2015), Dolly Parton’s life was not always easy. You could say it was a…rocky road. (Please laugh.) But she overcame that to became country music’s greatest contribution to the world and star in some of our favorite movies like Steel Magnolias (1989) and 9 to 5 (1980). She used that rocky upbringing to create something the world loves. 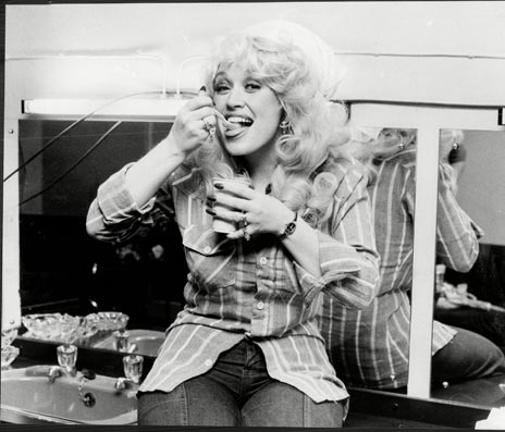 Our queen, Dolly Parton, eating what I assume is ice cream. Image via BT

After recently viewing The Deer Hunter (1978) for the first time, I have a newfound respect for Walken’s talents. It’s hard to find an actor who can portray such emotion and has such range in their personality that you can practically give them any role and they’ll flourish. Like cookies ‘n’ cream ice cream, Christopher Walken can make any movie better. He steals the show of whatever he’s in.

I don’t really know why this exists but it fits the theme so here you go. Image via Freaking News

In all reality, pralines and caramel and salted caramel pecan are basically the same thing and I don’t know why we sell them both. Similarly, George Clooney is similar to Sandra Bullock in that he is in a lot of memorable movies that people love and he has a good mix of sophistication and fun.

Of course, he’s in more serious films like his Oscar-winning role in Syriana (2005) or Michael Clayton (2007). Yet, we still love him in funnier films like Burn After Reading (2008) and O Brother, Where Are Thou? (2000). Just like salted caramel pecan, you get the best of both worlds: salty and sweet, sophisticated and more humorous roles. He and Sandra Bullock both are the jack-of-all-trades talent when it comes to acting.

Eat her ice cream, George. You know you want to. Image via Stephanie Gould

Thank you for reading! What are your thoughts on these celebrities’s ice cream personas? Comment down below!

[…] one running joke that’s funny just in how seriously everyone takes it. As for the performances, Christopher Walken and Jon Hamm work very well in their respective roles. They have good line delivery and a decent […]

Tom Hanks is so vanilla, especially as Forrest Gump haha

I really enjoyed this post! Now, I have a hankering for some ice cream.

I love these kinds of post! Different and fun!

HILARIOUS! I loved George Clooney in the Ocean’s movies. You’re right about Sandra Bullock. My favorite Sandra Bullock is definitely Speed. Tom Hanks is totally vanilla. Lol. Matt Damon, chocolate? You know, surprisingly, that works. I can’t wait to read the next series.