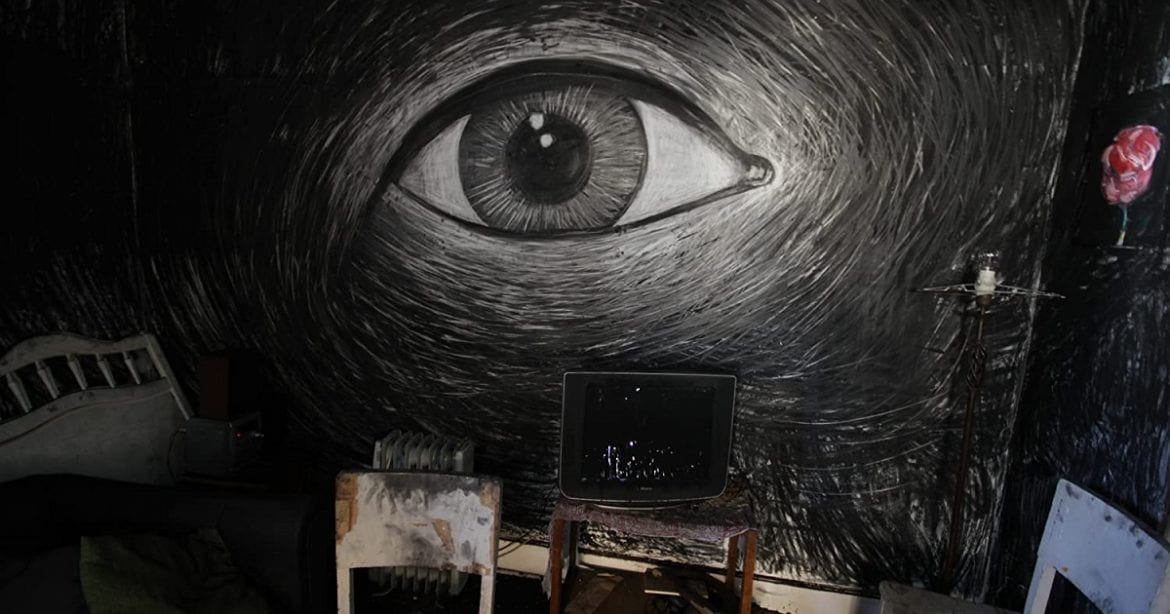 Recency bias affects us more often than we realize when it comes to analyzing films. Many are so quick to spread effusive praise, claiming some film as the “best” in one way or another. You may notice that I often phrase praise as “[a film] is probably one of the best movies I’ve seen recently.” You see, I’m a temperamental guy, and using nondefinitive wording allows me to waffle on topics in the future. I’m annoying like that. And, like everyone else, I’m always trying to fill holes in my movie knowledge, and I fear calling the new hot thing “the best” when I’m not as well-versed in a topic as I should be.

The same goes for the phrase “you’ve never seen anything like this before.” Who knows, maybe there’s a movie from 1952 that does the same things as the movie I’m reviewing in 2020! Personally, I think people use the phrase so liberally that it has started to lose meaning.

And then a movie like The Wolf House comes around, which immediately has me changing my stance on the entire subject. Joaquín Cociña and Cristóbal León’s existential multimedia animated film shot in one continuous sequence is dripping with creativity and ingenuity. A movie that is so specific in its art design and themes that I can safely say you’ve never seen anything like this before. It’s such a strong visual experience that it’s even difficult to put it into words. What can I say, except, that I’ll do my best.

The Wolf House is inspired by Colonia Dignidad, a colony of Germans and Chileans first built in 1961 and led by Paul Schäfer, who escaped Germany to Chile to evade child molestation charges raised against him. Nazi ties were also prevalent in the cult, including Schäfer himself as well even strong evidence that Josef Mengele, the “Angel of Death”, was also present there for some time.

Throughout the years, there was also widespread sexual abuse, torture, and murder in Colonia Dignidad. Many German and Chilean children were also kidnapped and brought to the camp. And once dictator Augusto Pinochet took rule in Chile, DINA (essentially Chile’s equivalent of the Gestapo) apprehended people and sent them to the colony to be tortured and eventually killed.

Entirely secretive, no one could leave Colonia Dignidad under Schäfer’s rule. Barbed-wire fencing, watchtowers, and a massive weapons haul deterred many from even thinking about leaving. The cult operated entirely in fear until Schäfer’s reigned ended. Today, the colony is still functioning. (I was absolutely stunned to hear this was the case.) But, it has been rebranded as “Villa Baviera.” Its members insist widespread changes have taken place, such as allowing people to leave freely and even attend school. You can even take a tour there if you really wanted to — but does anyone really want to take a tour there? Let’s just say I won’t be asking anyone to save me a spot on a visit any time soon.

Breaking Down The Wolf House

As for The Wolf House, it’s framed as a propaganda movie by the colony to debunk all the terrible rumors about it. (They’re doing a rather terrible job at it, I might add.) The actual events of the film are said to be from a restored older film, which “proves” how great their cause is.

After the framing device, the film follows Maria (voiced by Amalia Kassai), an escapee from Colonia Dignidad. She finds a rundown house in the woods, which is home to two pigs and nothing else. We stay in the house for the rest of the film. The actual content of the film is far more enthralling than that sounds.

With The Wolf House being a multimedia animated film, the house is in a constant state of change. No two rooms look alike, and everything on screen is in the process of rebuilding and breaking itself down simultaneously. When we first see Maria, she’s a constantly changing painting on the wall, moving to adjacent walls as the camera rotates around the room. She later turns into a sculpture made of paper, cardboard, tape, and paint, and sometimes into a papier-mâché figure. And then the cycle repeats. It’s just as creepy as the body horror you’d see in a Cronenberg film. Every other item, whether it’s another person or something as ordinary as a chair, goes through similar, extraordinary reconstructions, shifting composition at all times. In every single frame no less.

Breaking Down The Wolf House…Continued

A lot of these changes signal the passage of time. While we don’t know how long exactly, The Wolf House spans many years, showing Maria’s attempt to adapt to life outside of the colony. The film’s plot also takes on the “Three Little Pigs” fable, with the two pigs Maria finds in the house later turning into her two children (it’s horrifying) and the wolf signifying the colony, threatening to tear down their house at any second. Although, we never see the wolf on camera. He simply lingers over the film, beckoning to Maria in terrifying voice-over from Rainer Krause — the way he says “Maria” will probably be a recurring nightmare I have for the rest of my adult life. Thanks, movie.

For the most part, The Wolf House depicts Maria and her now human children living their lives, sifting through their hardships and the lasting sensation that the wolf could close in and destroy all they have created for themselves. Sometimes, their lives are great, but just as they hit their peaks, the wolf reaches out to them, and another existential tragedy subsumes them. Again, accompanied by terrifying voice-over work by Rainer Krause.

Okay, got all that? Like I alluded to earlier, The Wolf House is almost an impossible film to describe. It’s better you see it for yourself. I don’t even think the trailer below does a good job of conveying the film’s detail and brilliance.

Directors Joaquín Cociña and Cristóbal León filmed The Wolf House frame by frame with digital photography. A fact that is more insane when you see the amount of detail in each nanosecond. Literally everything is moving in the frame, which is as unsettling as it sounds. But it’s also undeniably beautiful for the entire 70+-minute runtime.

Cociña and León’s work is an overwhelming view of how humans are in a constant state of change, whether it be making life decisions or battling their thoughts. Even in our greatest moments, there’s some fear waiting to break free like an uncaged wild animal and occupy as much headspace as possible. Maria’s world breaks itself down, and then builds itself back up. Over and over and over again. In case you were wondering, the answer is yes: I stared off into the distance pondering my existence after watching The Wolf House.

This collision of beauty and fear is compounded by the looming presence of the wolf on the periphery. It enhances the mental anguish of Maria and her two children. The big bad wolf never blows their house away, but there’s a clear sense in the movement of the paintings and sculptures that he is whisking away their good fortunes. Understandably, the concept of Colonia Dignidad may be entirely impenetrable to people not from the region, but the metaphor works perfectly as a stand-in for general persecution, or even the struggle with one’s mental health.

Get on the Bandwagon Now

The Wolf House is truly one of a kind. An experience so imaginative and striking that you almost don’t know what to do with yourself after it’s over. “That’s it? It’s done?” I thought to myself. “Can I at least have someone to talk to about this? I have so many thoughts!” Even as my attention span continues to rot from endlessly staring at my phone, I never thought about looking away from the screen — it had me totally entranced. I get the sense others will share that feeling when they see it too.

I hope our best curators of world cinema become wise to The Wolf House. It screams of a film that flies under the radar for a few years until Criterion comes along and discovers it, puts it on their service, and then it becomes an overnight sensation with many shouting, “how the hell did I miss this???”

So, my advice to you: maybe don’t miss it the first time around!

Thank you for reading! What are your thoughts on The Wolf House? Comment down below!