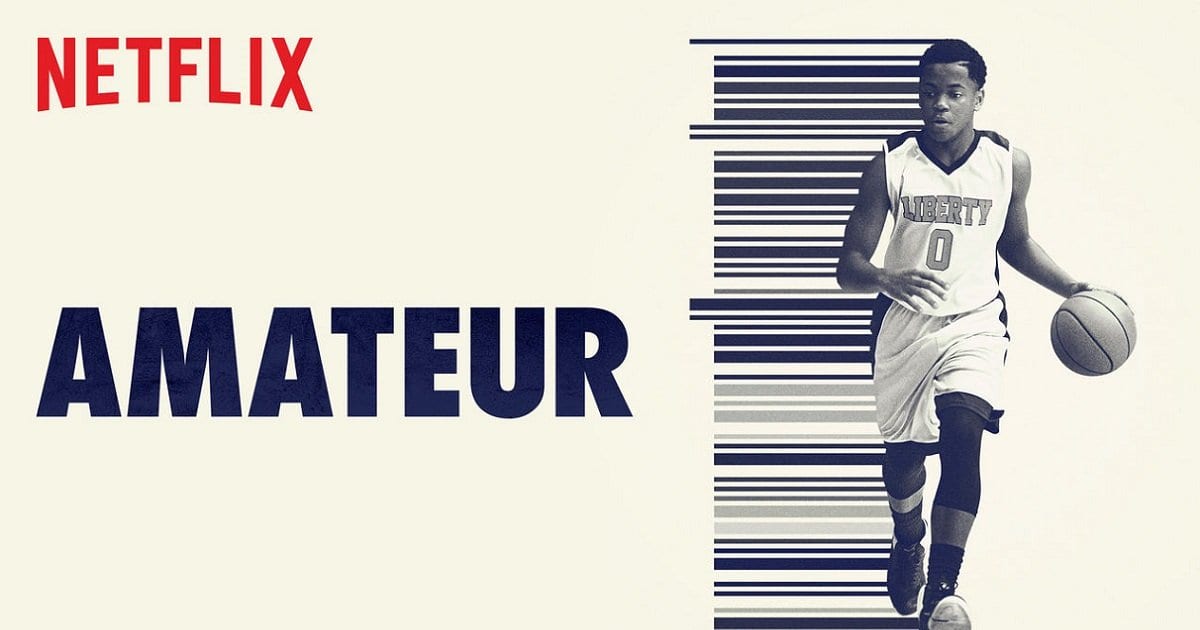 For whatever reason, there just aren’t many sports movies released these days. I, Tonya broke through with an awards push last fall, but it seems as if there’s a disproportionate amount of films centering around the big four American sports (football, basketball, baseball, and hockey) compared to every other genre. Luckily, Netflix can now help fill in the gaps in entertainment along with wide release films, and Amateur is a step in the right direction towards getting more sports films made.

14-year-old Terron Forte (Rainey Jr.) is nothing short of phenom, already playing up for his local high school basketball team despite only being in the eighth grade. However, his team doesn’t take advantage of his skills, and he’s losing patience.

Due to some unknown circumstances, Terron’s father (White) gets in touch with a local coach (Charles) of an NCAA prep school who wants nothing more than to have Terron play for his team and become his new protegé. Excited, Terron joins the team without a second thought, looking forward to giving his passion all of his attention while getting help for his learning disability at this new school. But, Terron quickly learns that not everything is about furthering his skills — it’s also about furthering a brand.

If you’ve been following collegiate athletics the past few months, you’d know that Amateur is taking serious advantage of current events. Not only was the film released the Friday after the National Championship game between Villanova and Michigan, but it follows a wave of scandals involving countless college basketball players.

News broke right before March Madness got underway that many current and former college basketball players were given thousands of dollars to play for specific schools as well as sign with certain agents once they turned pro. Reports cited blue-chip programs such as Duke, Kentucky, Arizona, North Carolina, and many, many more for offering benefits to players and their families. Sources even claimed that the FBI had intercepted phone calls via wiretaps from Arizona coach Sean Miller where he discussed paying center Deandre Ayton $100,000 to ensure he signed with the Wildcats. Other outlets later disputed that report, however.

Still, many other current and former college players including last year’s first overall pick Markelle Fultz are involved in this ever-spreading narrative, and it shows no signs of stopping any time soon. This scandal is even separate from the Louisville debacle involving Rick Pitino, which is an entirely different animal on its own.

Netflix’s Amateur handles the same issues with amateurism, shedding light on an issue that is becoming more and more apparent.

Ryan Koo clearly cast and directed this movie with the on-court action in mind. It’s incredibly difficult to shoot skill-intensive sports in movies due to the fact that it’s practically impossible to teach actors how to look like a legitimate basketball player in a few short months of training. That’s also the reason why so many studios default to boxing movies.  It’s easier to teach someone to punch in rapid succession than to teach them how to believably perform a between-the-legs, crossover combo in rhythm into a step-back jump shot. There’s an art form to basketball that can’t be replicated by playing the game for just a few months, and using camera tricks to make it look like someone made a shot is pretty lame.

Luckily, Amateur has Michael Rainey Jr., and he can flat-out play. He’s not necessarily the best dramatic actor you’ll see all year, but Koo uses him effectively — he embodies a teenager with NBA aspirations. Rainey Jr.’s skills allow some clever camera techniques, limiting the cuts in each scene to give the basketball action a certain virtuosity that is normally missing in similar films. The camera slows down and speeds up while keeping the action coherent, displaying the artistry and tiny details involved in playing the game.

You’ll still see a ton of implausible, final-second plays and silly celebrations, but Amateur is still far better than what you normally see on the court.

Amateur‘s Themes Could Not Be More Timely

Amateur works as a biting discussion of amateur sports, operating as a modern-day Blue Chips in that regard.

People are hustling all over the country to latch onto athletes that they believe can “make it,” and amateurism as we know is crumbling. The debate of whether or not paying so-called amateur athletes is right is still a widely discussed topic, and Amateur slides itself into that discussion as well, showing how the system takes advantage of talented individuals for money that those same individuals can never touch. Amateur addresses the issue as an inherent paradox, tackling it with the events of the film in which the lead character finds his own answers to the problem.

The film also addresses the idea that these NCAA prep schools merely push students through their programs for better funding, ripping away their chance at an education and blatantly disregarding any learning disabilities or conditions.  People treat these athletes as commodities, yet the athletes can’t capitalize on their success. Eligibility is merely a game that has built-in cheat codes, and more people these days are beating the game with ease.

The Film Falls Back into Typical Sports Movie Clichés

Amateur has a lot of great set pieces and pertinent discussions that make it a worthy watch, but you can’t help but notice its deficiencies. You’ll see the team bully that hates the main character almost immediately sprinkled in with every buzzer-beater situation you could ever imagine. Amateur tries its best to elevate past a typical basketball flick, and yet it frustratingly falls back on the same tropes that you’ve seen time and time again, diminishing the power of the final product.

Amateur can’t help but feel like a low-budget affair at times, and one of the main signifiers is spotty acting — especially from supporting actors. Casting for sports movies is incredibly difficult if you’re going after a realistic aesthetic. In this case, the casting turns towards finding athletic specimens over thespians, but the film still needs a certain level of dramatic believability in order for the exercise to work as a film. Amateur grapples with this issue throughout, and it’s quite noticeable at times.

It’s far from perfect, but Amateur is a delightful diversion for sports fans that has a scathing look into the NCAA and impermissible benefits, and that discussion could not be more relevant in the wake of recent events.

Ryan Koo properly uses his lead actor, showcasing his athletic gifts in a manner that will delight basketball fans. The camera stays back to show all of the action, allowing you to see every in-and-out and crossover.

This movie has problems, but it’s still a cut above most sports films. That’s all that’s necessary in this particular case. 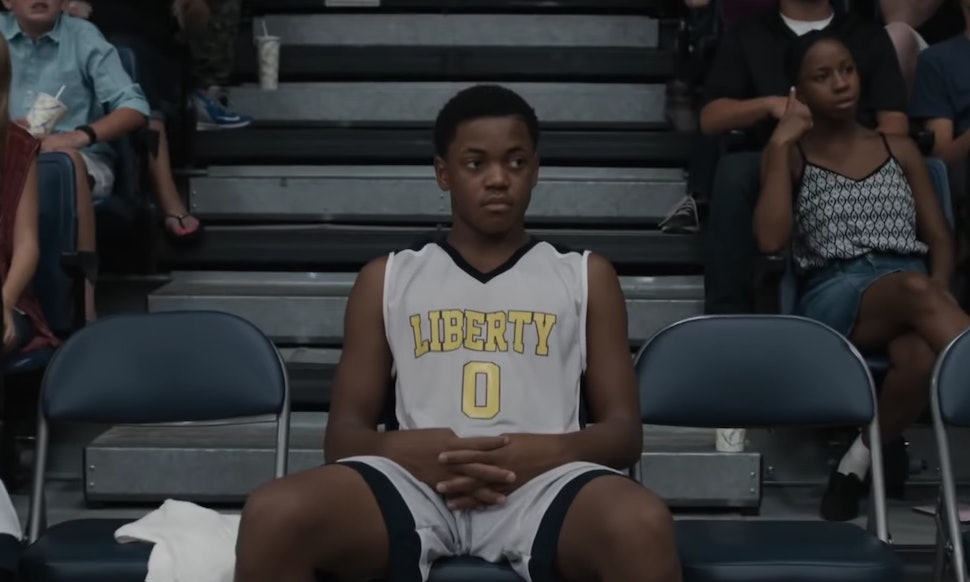 Thanks for reading! What are your thoughts on Amateur? Comment down below!

Molly’s Game was a good sports movie from last year. It was well written and directed by Aaron Sorkin

I definitely would not consider that a sport movie. Sure she was a skier, but that’s really only a few minutes of a 2 hour and 20-minute movie that focuses on high-stakes poker and criminal acts.