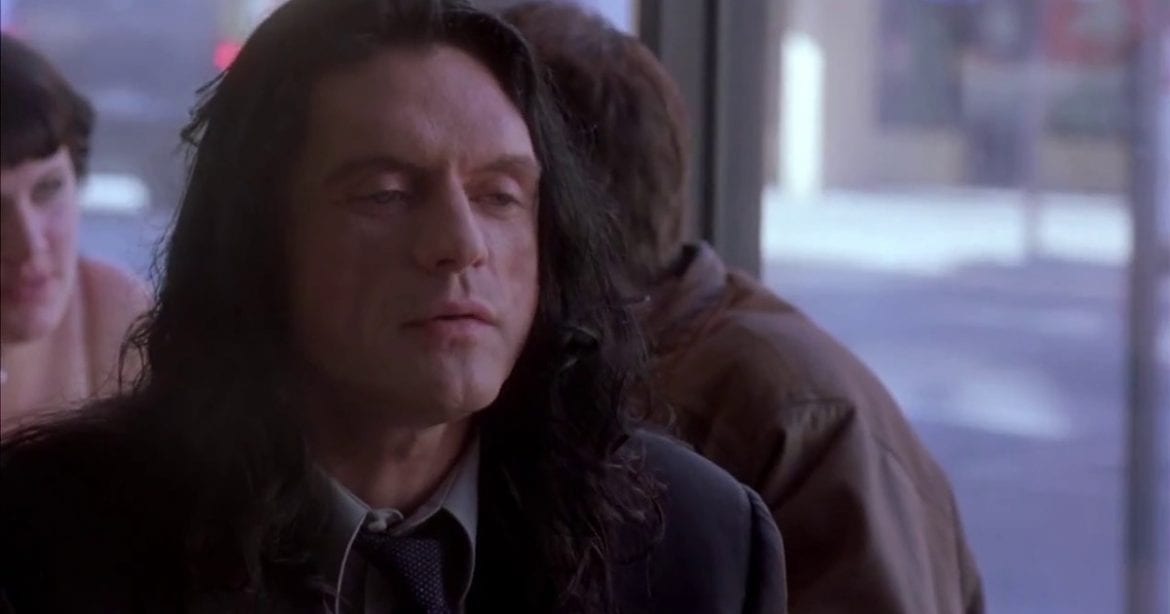 By now, everyone knows that Tommy Wiseau is by far one of the greatest actors in history. No other person can reach his level of emotion or his infectious charisma. Ever since his breakout performance in The Room (2003), he has been unstoppable.

It really makes you wonder what Wiseau would have done in other blockbusters and classic films. What could he have brought to some of the best movies in history? I know it’s a question that’s been on everyone’s minds, so I’ve decided to answer it today with a few “what-if” scenarios. From Titanic to Star Wars, we’ll see what our black-maned sex pistol could have done with these iconic roles.

Tommy Wiseau would have made the perfect Jack to Kate Winslet’s Rose. He has the boyish personality that perfectly encapsulates Jack’s mannerisms. Did you see him tossing around that football in The Room? One could not get more boyish than that — which is why there are like five pointless football-tossing scenes in that movie.

I can just hear Wiseau’s sultry voice saying the famous lines, “I’m king of the world!” He would not be creepy at all to Rose because Wiseau is a respectable gentleman. He would simply be a welcome addition to a movie that really needed some haltingly spoken lines and odd gestures.

I know that we’ve all grown used to Mark Hamill in the role of everyone’s favorite Jedi, Luke Skywalker. But I don’t think Hamill expanded that role to its full potential. But, you know who could? That’s right — Tommy Wiseau!

We’ve already seen Wiseau take out mean drug dealers with nothing but his massive bulk, so I see adding a lightsaber as an absolute win. In fact, Wiseau doesn’t even need a lightsaber — he’ll just use the Force of Tommy Wiseau to defeat every enemy. Darth Vader wouldn’t have stood a chance against a man who can make women swoon with just a toss of his greasy black hair.

Tommy Wiseau and Arthur Fleck (AKA Joker) have a lot in common. They are both deeply misunderstood by the world. They both have good hearts deep down even though the world has hurt them. And they both are very charming lovers. And, of course, the world loves them and their sweet personalities.

Honestly, this one may be a little on the nose, which is why Todd Phillips probably opted for someone with fewer similarities to the character. That’d be like casting the brooding, dark Robert Pattinson as Batman. That would be absurd! You can’t be too on the nose in your casting or you end up blurring the lines between reality and fiction (think Robert Downey Jr. and Iron Man).

Finding just one role for Tommy Wiseau in the character-rich Godfather is a tough task, so I’ve decided just to cast him as all the characters. Wiseau can be the daunting, lisped Don Corleone — a role he was practically born for. He’d also make a charming Sonny Corleone, whose tragic death would haunt us as much as Johnny’s death in The Room (though nothing could come close to that heartbreak). And you cannot tell me that you wouldn’t be intimidated by that haunting stare of Wiseau’s if he played the role of Michael Corleone.

Tommy Wiseau even looks like an Italian mobster, so I see no way that this project could go wrong. Unless, of course, that bastard Mark gets involved.

I think Tommy Wiseau would make a charming Red, the role originally played by Morgan Freeman. We’ve seen from experience that Wiseau has all the street smarts he’d need to convincingly play this character. And that smooth Morgan Freeman voice? You won’t miss it at all when Wiseau is talking in his sexy tones.

I’d considered casting Wiseau as Andy Dufresne, the man accused of a crime he didn’t do, but I find it hard to believe that Tommy Wiseau could be innocent of anything. I feel like that man has committed every crime possible and then some. Ever since I saw him brutally murder characters in Mortal Kombat on his gaming channel (yes, he has a gaming channel), I have a hard time believing that he’s the innocent man he portrays in The Room.

I’ll never understand why Robert Zemeckis didn’t cast Tommy Wiseau as the titular character instead of Tom Hanks. Sure, no one really knew who Wiseau was in the 90s and many people don’t know about him now, but that’s no excuse. Wiseau would have been the ultimate choice for Forrest Gump.

First of all, Forrest is kind of clueless as to what’s going on around him — so is Tommy Wiseau. Forrest fought in war — Wiseau fights in a daily war not to kiss his sexy self in the mirror. And, of course, Forrest is an iconic fashion model — Wiseau knows how to rock that rumpled black suit in an equally iconic way. There’s really little difference between Forrest and Tommy, honestly.

Once again, I’m having a hard time deciding exactly which Avenger I think Wiseau would be the best at portraying. He’d make a great Iron Man, simply because he is fashionable and has all the smoothest lines. I mean, when a man says “I’m tired, I’m wasted… I love you, darling!” there’s really nothing I can do to keep from swooning.

Then again, he could be Captain America, because he has a strong moral compass (“He did not hit her!”) and started from nothing to be a big star.

Or he could be Black Widow. He is very lithe and has long beautiful hair. And he looks great in black.

However, I think his ultimate destiny would be the role of Nick Fury. When I look at Nick Fury or Tommy Wiseau, the only word that comes to mind is badass. And motherf**ker. And cooler than every superhero combined.

All I’m saying is the MCU could use Tommy Wiseau.

Thank you for reading! What are your thoughts on Tommy Wiseau in these iconic roles? Comment down below!

[…] A-listers were huge in either the ’80s, ’90s, and ’00s. They graced us with their charisma, becoming larger than life. However, in one way or another, these individuals have been less than […]

Harry Potter Should Have Died in ‘The Half-Blood...