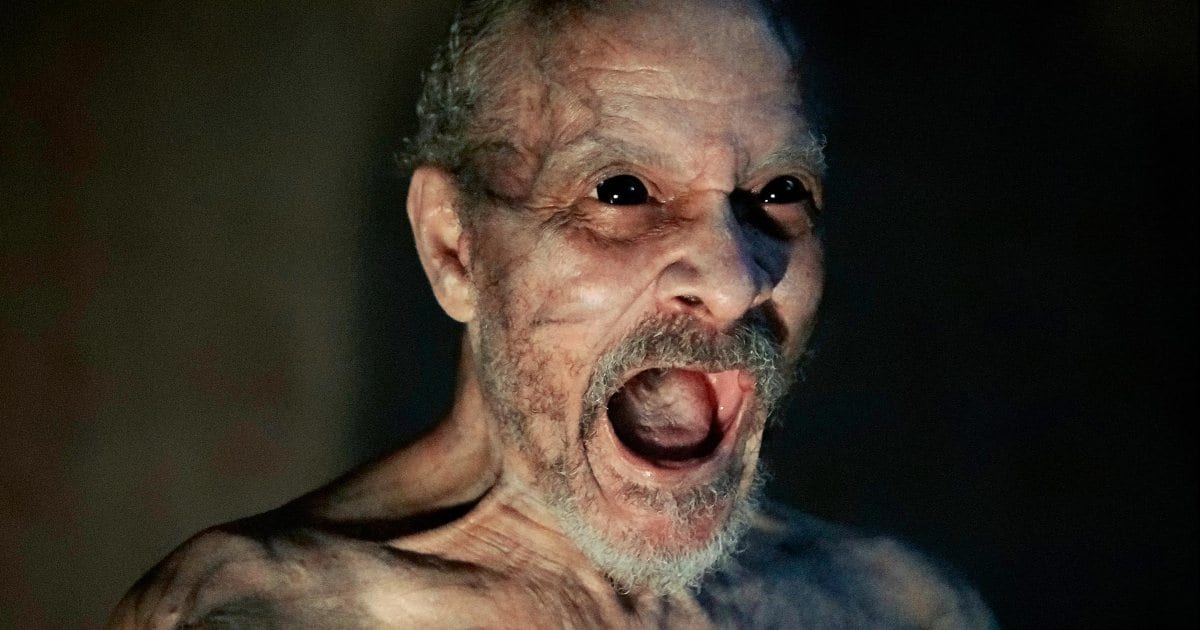 In a time where independent film continues to grow, A24 appears to have emerged as the leading studio for such film.  With recent films such as Moonlight and Swiss Army Man, A24 looks to keep the ball rolling with its next creepy film, It Comes at Night.  There was a wave of mystery surrounding this film that started with the first piece of marketing material, but is the film worth seeing?  The following review will be spoiler free.

It Comes at Night is directed by Trey Edward Shults and stars Joel Edgerton in tandem with Christopher Abbott and Carmen Ejogo.  Mankind has succumbed to an unknown force that is giving people some sort of deadly plague.  A secluded family, led by Edgerton, comes across another man who is looking for supplies for his wife and child.  After some trials, Edgerton takes the family in and let’s them stay at his house.  However, as the story progresses, trust starts to wane between the two families, pitting them against each other as the unknown force closes in all around them.

As mentioned above, A24 is releasing this film with the hopes of garnering praise yet again for its original take on movies.  If you’ve been following MovieBabble for a little bit, you’d know that I have a lot of appreciation for A24 and their model of cultivating films.  Many companies today focus on making four-quadrant films; movies that appease all types of demographics in order to seize a lot of box office and fund countless other projects.

A24 goes in a completely different direction and gives directors all the tools to make the film that they want.  That means it could be really weird and abstract.  Personally, I feel as if we don’t get enough of these films these days.  Some of the best films come from strange ideas that are wholly original.  If I haven’t enjoyed an A24 film, I’ve appreciated it at the very least.

However, with that bizarre and different outlook for their films creates the issue of being able to market the film to audiences.  It Comes at Night was pitched as a horror movie that dealt with a plague that turned people into zombies and/or drove them insane.  If you go into the film with this expectation, then you will leave the film very, very disappointed.  The movie is less a scary film and more a creepy, understated look into trust and the fear of the unknown.

You could consider A24’s marketing push for the film to be false advertising, since the film is extremely different than the trailer above.  When the end credits came over the screen, a patron behind me exclaimed, “Jeez, what a shitty movie.”  This film revels in being understated and focusing on the finer details of the psyche.  Horror fans looking for some scares will most likely hate this movie.  However, if you strip away your expectations of what the film should be, then you may find a lot of enjoyment in its discussion of heady themes.

It Comes at Night excels at creating an atmosphere that perfectly complements the themes that writer/director Trey Edward Shults is attempting to convey.  The film is essentially a look into how man reacts in dire situations.  The environment in tandem with a creepy, enveloping score creates the feeling of something getting under your skin and unsettling you.

A24’s newest film is incredibly depressing and void of hope.  Everything about the film works with this idea.  There are a few bright character moments throughout the film that may provide the audience with a smirk, but every single one of these moments is encased with a feeling of death and fear closing in.  Just when you think it may get better for the characters, it gets worse.  Way worse. Within it’s simplicity is a lot of inventive tricks that keeps you intrigued.  While it’s not a full-fledged horror film, it plays with a lot of the same elements that good horror films utilize.

There’s certainly some intrigue here, including many key points that don’t ever really get answered.  However, there’s a lot of frustrating aspects to the film.

It Comes at Night frequently uses the trope where a character dreams of something horrid only to wake and realize that everything is fine.  It works within the context of the story, but the concept is utilized too often which can lead to a frustrating experience watching this film.  The film even blurs the line between dream and reality which could bother people even further. 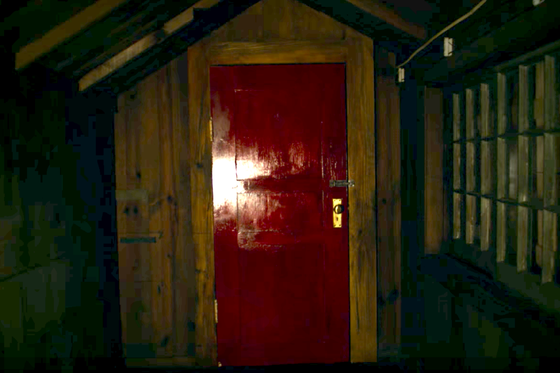 Within its ambiguity is a possible misunderstanding of what the point of it all might be.  There are some really fascinating parts to this film.  But because everything is so ambiguous, I struggle to grasp if this was intentional or if It Comes at Night simply doesn’t work.  Moments may seem contradictory to other moments, making you question there is a through-line to the plot.

That being said, there’s a lot to appreciate about a film that doesn’t give you all the answers.  For example, “it” comes at night.  What exactly is “it?”  The film won’t say, leaving you to figure that out for yourself.  There aren’t enough films that allow you to come up with your own meaning of the film.  Too often are themes and morals spoon-fed to audiences.  Someone else could have left the film with a completely different interpretation.  In the end, that’s what makes discussion of art fascinating.

It Comes at Night leaves you clues as to what may be going on, but it largely plays off the idea of the fear of the unknown.  You will never figure out what causes the plague.  There’s a subtlety to this film that relies on the intelligence of its viewers to notice and understand its elements. If you enjoy films that make you think, It Comes at Night may be the film for you.

It Comes at Night might frustrate and annoy a ton of viewers.  However, seldom does a movie refuse to give you all the answers you’re looking for, allowing you to interpret the film as you see fit.  In the same vein, what clues the film gives you are expertly crafted with a rare amount of subtlety.  It gets an B+.  You probably don’t have to head out to the theater to see this film, but it’s certainly worth seeing at some point.

[…] a teenager scanning my ticket for an R-rated film and asking to see my ID. I miss arguing about It Comes At Night in the parking lot of a theater until 1 in the morning with my friend, Cory. I miss the feeling of […]

sounds like an interesting psychological thriller to me, lots of thinking less happening but that doesn’t have to make it bad, frustrating as you say yes but I will give a shot.

Glad to know that I helped out!

Make sure to temper your expectations!!

I have been curious about this movie but couldn’t really figure out what it was about. Thanks for this review. It sounds like something the boyfriend and I could easily get into despite the ambiguity.

Glad I could help!!!

I watched it. I read somewhre else that it wasn’t so scary so I could. I liked it a lot and now i have to write about it. i’m thinking maybe “it comes at night” could mean how we all think scary things come at night so we get scared but really we are the scary monsters so “it comes at night” makes you think of that.

its probably why we invinted fire and then started killing all the animals.

Maybe! I think it’s an metaphor for fear. We fear the unknown which gets heighten during this film during scenes occurring at night.

I’m looking to try and see this sometime this week.

Go in with an open mind!

This flick sounds like it’s up my alley. I appreciated the background you supplied before jumping into the review. Honestly, I didn’t watch the trailer — no need, your review sold it. I’ll probably watch it before I watch the movie, though.

Thanks so much! It’s a very understated movie that may not resonate right away, but the more you think about it the more it takes root

If you aren’t bothered by ambiguity than absolutely!

Film Review – The Fate of the Furious...