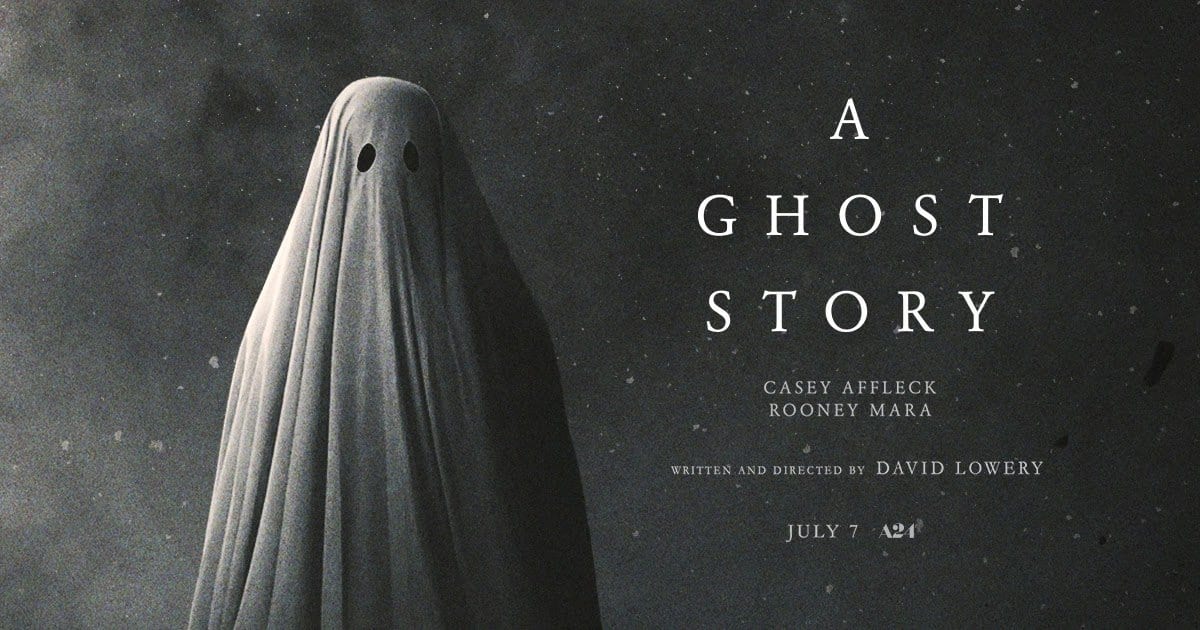 Coming off his win for Best Actor at this past year’s Academy Awards, Casey Affleck then decided to tackle an odd role as a ghost depicted by having a bed sheet over his head in A Ghost Story.  The film received a lot of praise during its initial release at Sundance earlier this year, but is there enough story to combat the film’s oddities?  The following review will be spoiler free.

A Ghost Story is directed by David Lowery and stars the aforementioned Casey Affleck alongside Rooney Mara.

Upon his death, C (Affleck) returns to his home as a ghost to look after his grieving wife, M (Mara).  However, he quickly learns that he’s incapable of making contact with her which forces him to watch passively as he slowly loses his past love. In this process, C learns that he’s unstuck in time, allowing him to journey through memories as he raises some of life’s biggest questions.

As C’s journey continues, it becomes more and more surreal. 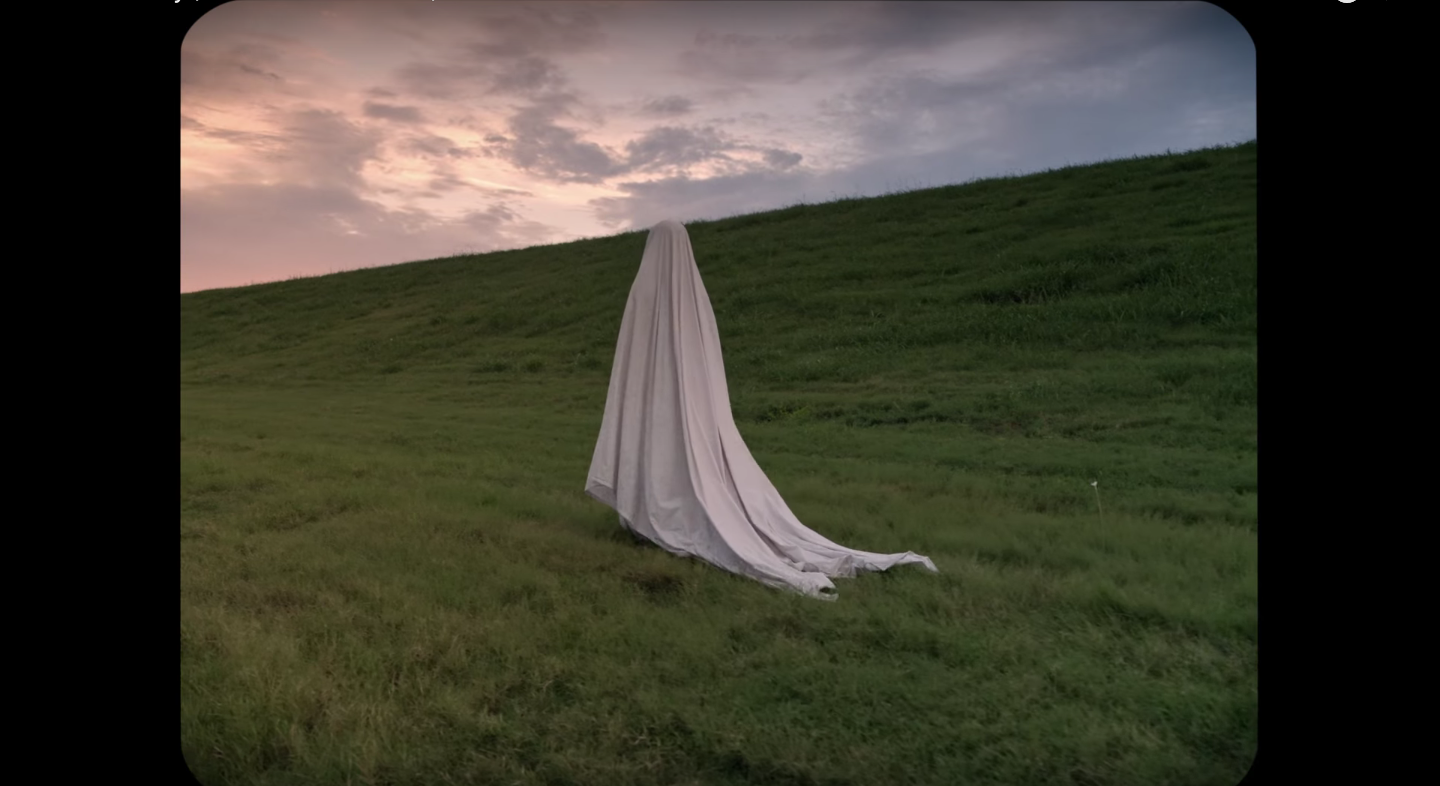 In a time where movies seemingly get bigger and bigger every year, A Ghost Story has shifted the needle in the exact opposite direction.  Surprisingly enough, A Ghost Story only cost $100,000 to make.  Considering that two very well-established actors such as Casey Affleck and Rooney Mara are leads in the film, A Ghost Story is essentially guaranteed to be a box office success in relative terms.  In fact, the movie has already made $1 million during its limited release.

The film also took very little time in development.  After completing post-production on last year’s Pete’s Dragon, director David Lowery started to write the screenplay in the spring.  A Ghost Story then premiered in January at Sundance, giving the film only months to be fully completed.  Judging from critical reception of the film, it would seem that this hastily put together film has ended up impressing many people. 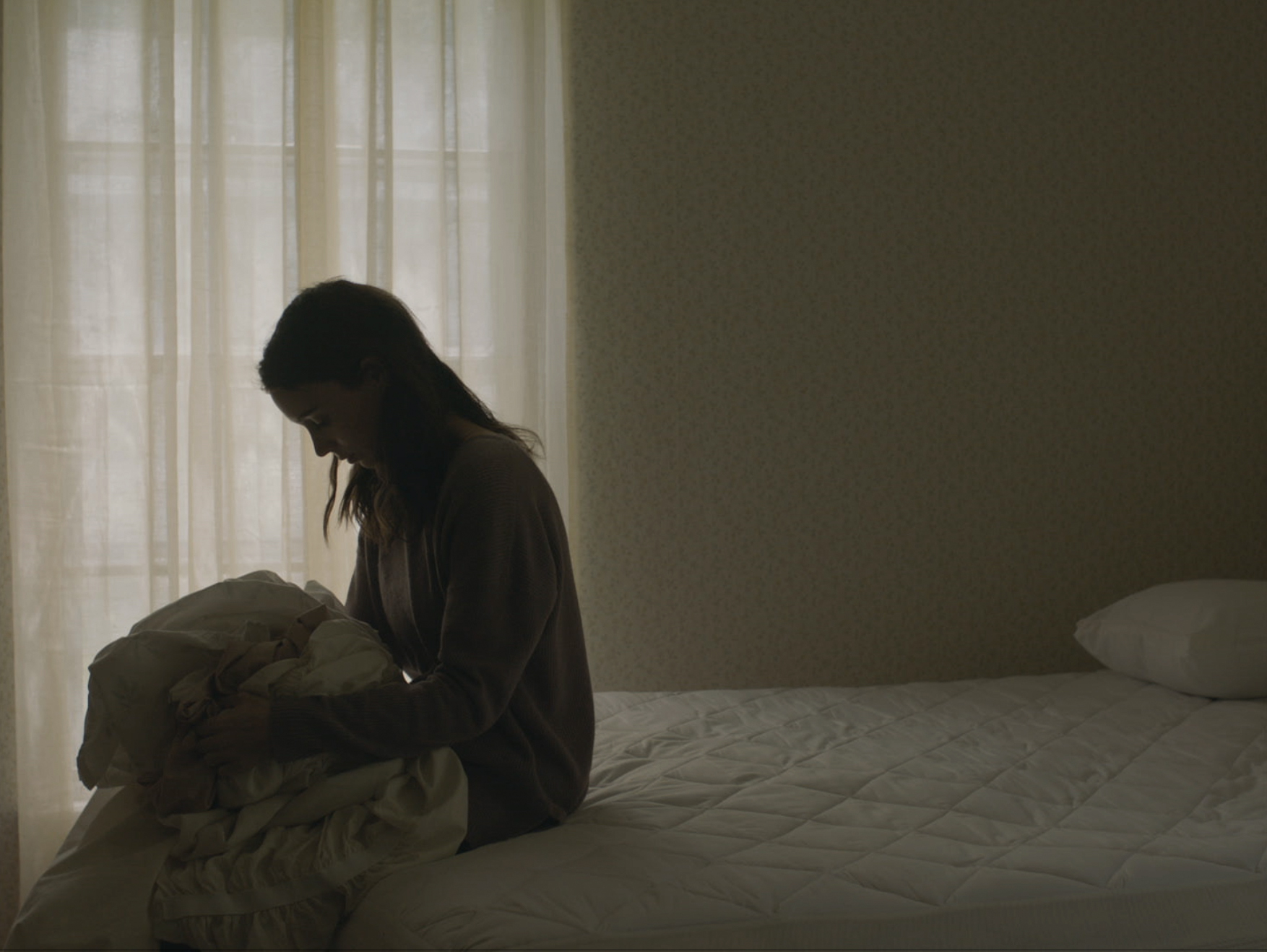 A Ghost Story is very, very odd, and that’s the furthest thing from a criticism.

Just from the framing alone, A Ghost Story immediately comes off as something unlike you’ve ever seen before.  It utilizes a 1.33: 1 frame (meaning that it looks more like a box) with rounded edges, giving the sensation that you’re peering into someone else’s journey.

Then you have Casey Affleck‘s costume which is, for lack of a better term, goofy.  Affleck movements throughout the film are slow and calculated, yet there’s a whimsical quality to them.  It all comes back to that costume in the end.  Every time he does something unexpected, you can’t help but burst out laughing because of how silly it looks.  There’s one moment in particular that includes subtitles that will make you burst out laughing if you aren’t on high alert.

Normally, this would be a problem.  However, these silly moments that disarm you allow for the emotional beats of the movie to be fully effective.  They catch you offguard, becoming highly resonant.

A Ghost Story might be one the saddest movies ever from a thematical standpoint.  The film is sometimes off-kilter, but at its core is a truly depressing message.  Questioning the existence and importance of someone’s life is never an easy task, but David Lowery and Co. certainly give it a worthy effort.

Lowery makes the decision to have very long, uninterrupted cuts during scenes.  This idea on its own isn’t necessarily a bad thing.  In fact, this idea works a lot better in some cases to be able to allow scenes to breath.  However, there’s some trouble here as to what David Lowery chose to focus on.  Some instances of this practice do absolutely nothing to further the story or add any emotional heft.  In fact, most of the time nothing even moves onscreen.

It’s very jarring as a viewer.  You want to see where the film is headed, but you have to wait for the film to quit being artsy for a second and catch up.

A Ghost Story is a very brisk with a run time that is less than an hour and a half.  With the amount of long takes that occur throughout the film, you begin to wonder if David Lowery realized that he didn’t have a long enough script written to faciliate a feature-length film and had to keep the camera on certain elements to pad the run time.

Do I need to see five minutes of Rooney Mara eating pie?  I don’t think so.

Along with these awkward camera choices is a prevailing pretentious nature to the film.  A Ghost Story‘s main plot isn’t artsy fartsy on its own.  There’s some great discussion of big ideas that is quite thought-provoking.  However, there’s a prevailing feeling from this movie that says “this movie is smarter than you” by the way it’s constructed.

One scene in particular really put the nails in the coffin.  Not only does it betray the rest of the film by explaining just about everything the film has to offer,  but it’s displayed in such a way that you can’t help but roll your eyes.  The last thing I need is a guy with an earring drinking a cheap beer in a rundown house to have the best explanation of the universe while simultaneously shutting down everyone else’s explanation.  Not only is it pretentious, but it goes on and on…and on.

A Ghost Story is a film that I will continue to think about for a very long time.  Some great themes are at work and we’ll probably never get another movie that resembles it.  But do all its story elements work?  Absolutely not.  There’s some very odd choices here that go over the line between artsy and pretentious.  Unfortunately, there isn’t one piece of this film that I can wholeheartedly recommend without some type of caveat.  It gets a C+.

Thanks for reading!  What are your thoughts on A Ghost Story?  Comment down below!

I vote for the pretentious-themed blogathon!

I’ll pass on this one.

It really plays to a niche audience so if that doesn’t include you then don’t bother!

Yeah…no. Not going to see this. The combo of your review, subject matter, and the trailer convinced me it’s probably not the film for me.

“The last thing I need is a guy with an earring drinking a cheap beer in a rundown house to have the best explanation of the universe while simultaneously shutting down everyone else’s explanation.”

Haha! Thanks for the chuckles! :)

Lol I’m glad you liked that one!!

I really love reading your reviews. They’re perfectly detailed and I usually agree with what you have to say. I saw the trailer for Ghost Story and have wanted to see it ever since! I would love to read your opinions on the movie Mr.Nobody. It’s one of my favorites, but I have a feeling you could critique it enough to where even I am questioning if it’s a good movie or not.

Thanks so much for your kind words! It really means a lot! I’ll add it to the pipeline. I do reader requested reviews every tuesday so I’ll get to it soon!

I agree with your assessment here. Lot of good, but a lot of pretention. As for the aforementioned Mr. Nobody, it strikes me as similarly pretentious. You could do a themed blogathon on pretentious films if this keeps up ;-)

lol I’ll just find a bunch of them to review in a day sometime soon!