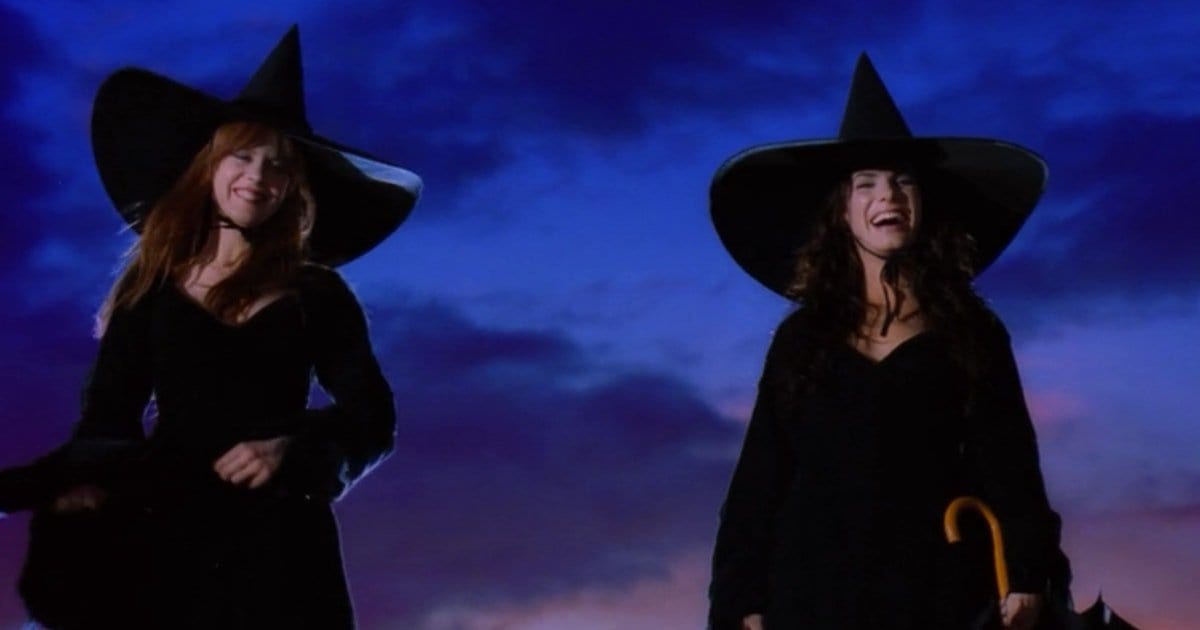 I went through a bit of a witch phase (or maybe craze is a more apt word) when I was younger. This is due in part to the shows on television at the time, like Sabrina the Teenage Witch and Charmed (both of which have been rebooted recently). I loved that the core of these shows were strong, independent women who had powerful magic, but only used their powers for good (well, mostly).

So Practical Magic was naturally a movie I gravitated towards, especially when the leads are Sandra Bullock and Nicole Kidman, both of whom are wonderful actresses, though in very different ways. Since it has been 20 years since the movie’s release, we here at MovieBabble thought it fitting to have a post dedicated to it, so if you haven’t watched it, please know that there will be spoilers along the way.

Sandra Bullock and Nicole Kidman are Fantastic Together

I think in the hands of lesser actors, the movie would not have done as well as it did. Sandra Bullock has always had this knack for playing the Girl-Next-Door — just so relatable and funny. Nicole Kidman is this Siren-like figure, with beautiful red hair set against her porcelain white skin. She has this natural sensuality that she brings to roles, but she tempers it with a rare display of vulnerability. This made them such good choices to play these very contrasting sisters, who are very different, yet believable in their love for each other. 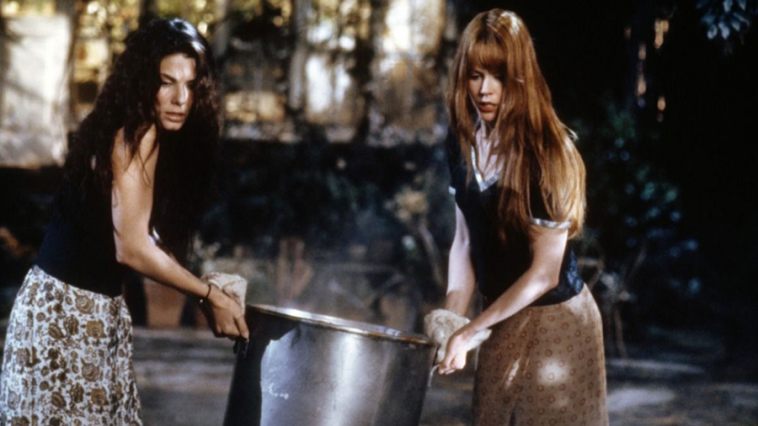 Even till today both women speak about their love for the film, as seen from their reunion moment during the Oscars this year. Both actresses consistently choose female-centered projects to be a part of, with Bullock starring in the recent Ocean’s 8 and Kidman’s award-winning performance in Big Little Lies, alongside actresses such as Reese Witherspoon and Shailene Woodley.

While rewatching the film for this post, I was treated to delicious musical moments that were so good. One such moment was when Bullock’s character walks halfway across town to leap into the arms of a handsome man and kiss him, with Faith Hill’s ‘This Kiss’ playing in the background. This is such an iconic moment, that if you go to Faith Hill’s music video of said song, you will see comments about Practical Magic. The song will always be tied to this movie and that moment. It certainly had me wishing my first kiss would be like that, though nothing epic like that ever happens in real life.

The other moment is when they are drinking midnight margaritas, singing Harry Nilsson’s ‘Coconut’ and dancing around the kitchen. My brother and I used to sing this after watching the movie, dancing around our breakfast table, being so obnoxious about it till our parents told us to shut up. It is such a fun moment in the movie, and made me wish I had two cool aunts to make alcoholic beverages with.

I love the treatment of magic in the movie, as something that instills this intuitive bond with everyone in the family. When Sally (Bullock) is hurting about the loss of her husband, Gillian (Kidman), who is miles away, is able to tell, and takes a trip back to help her sister through her time of grief. The same thing happens when Sally is writing a letter to Gillian and upon hearing the phone ring immediately after, knows that it’s because Gillian is in trouble. The aunts have the same ability to know as well.

Magic is not just ability and power, but it is this essence flowing through all their veins, binding them together forever. This is seen through the recurrence of the line, “Your Blood, My Blood, Our Blood.” It is this bond that brings Sally out of her grief, and rescues Gillian from the snares of Jimmy Angelov — leading to the end of the curse.

The Agony of Love 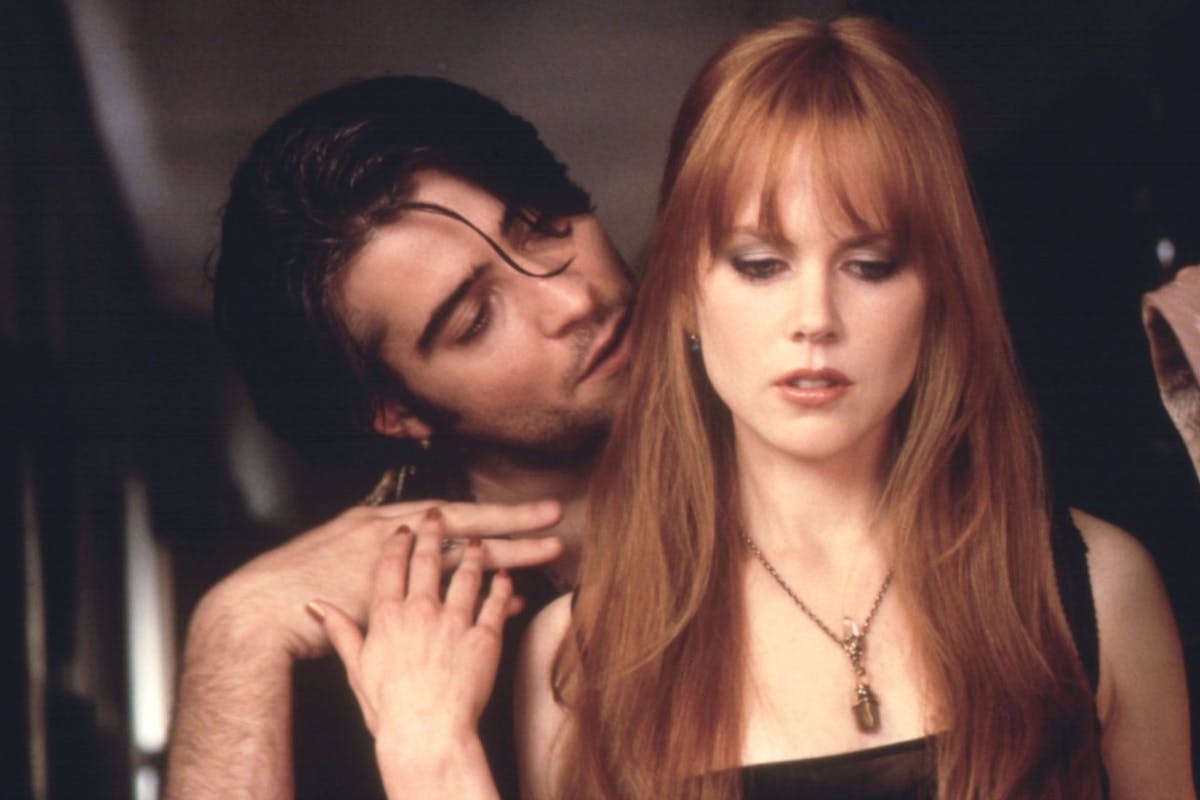 I didn’t realize that this was such a theme in the movie when I first watched it, maybe because I was so young and didn’t really understand how agonizing love could be. I think in general we like to view love as an empowering emotion, capable of bestowing us with a sense of hope and strength. But love can also hurt and leave us vulnerable; all the magic in the world is unable to save us from that. A young Sally wants to escape ever having to feel like this, so she casts a spell for a man she knows will never exist. But he does, because you can’t escape love, no matter how much you might want to — the hurt and the agony is a part of the experience.

I like that the movie doesn’t shy away from more contentious themes, like abuse in relationships and dealing with grief. The treatment of such themes are never didactic in nature, with the movie merely letting us see the consequence play out. Gillian’s dalliance with an abusive man nearly cost her life, and Sally saw that she couldn’t let grief consume her the same way it had for her mother. Life goes on and as agonizing as loss can be, we need to heal and move on from it, with support from those around us. 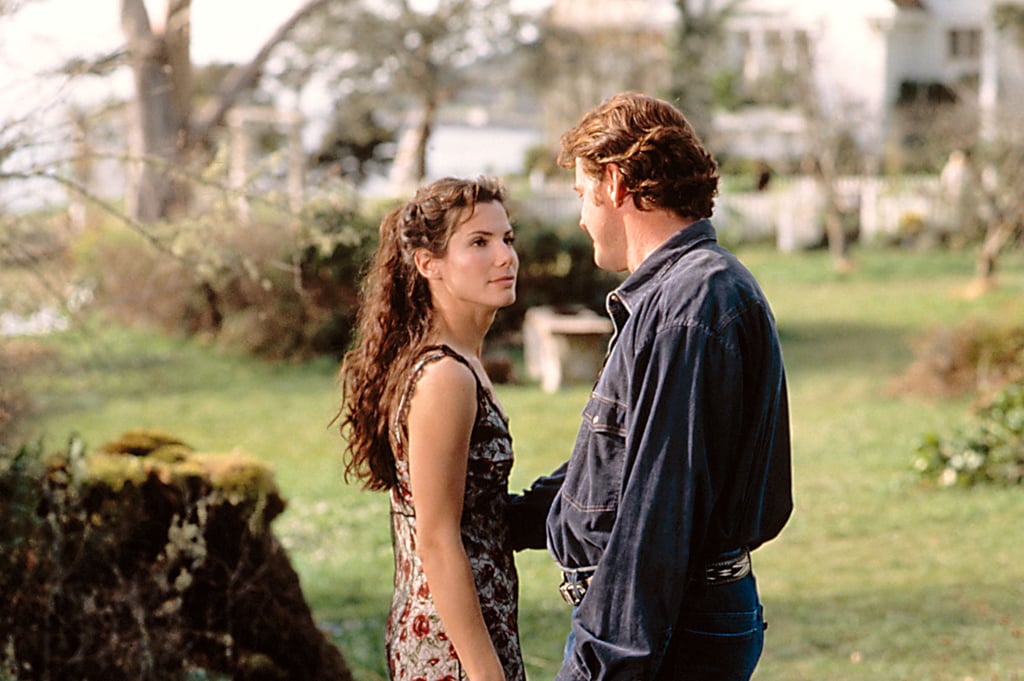 Strangely, despite it being 20 years, I feel that Practical Magic hasn’t really aged. I found it as entertaining to watch now as I did then. The movie has a strong cast, with not only good performances from Bullock and Kidman, but also Stockard Channing and Dianne Wiest as the aunts. And despite it being such a female-centered movie, I love that the male characters have depth and don’t exist as mere eye candy — though Aidan Quinn is really quite lovely. Even Michael, played by Mark Feuerstein, who doesn’t even have any lines in the movie, feels real and authentic in his relationship with Sally.

As you can obviously tell, I love this movie, though if you ask me whether I do 20 years after this, I don’t know if my answer will be the same. But I do know this: “Always throw spilled salt over your left shoulder, keep rosemary by your garden gate, plant lavender for luck, and fall in love whenever you can.”

Thanks for reading!  What are your thoughts on Practical Magic?  Comment down below!

This has reminded me that I need to watch this again and introduce my daughter to it. I think she will love it.

She is in for such a treat!

I love Alice Hoffman’s book, and also I loved this movie/version which is a bit different. To note, the aunt’s house/the movie set was so beloved the designers started their own company–you can google it online. The original ending to the film was a bit salacious which I note on general rebroadcast is often edited out with Sally just kissing the returned detective–which is also truer to the original idea of the novel of two people sharing a great love.

You mean flying off the roof? Haha I can see why I guess. Did not know that about the designers, really cool! The house looks like it was made to house witches, as weird as that may seem.

I read Hoffman’s book when I found out there was a book. I initially thought it was a weird coincidence, since I couldn’t reconcile the author of something like “The Color Purple” with a movie like “Practical Magic”. But yes, the book is very different, and I like that. I don’t like adaptations to be too faithful to the book, then what is the point of the movie?

My favorite actresses are Dianne Wiest and Stockard Channing, so I nearly fainted with joy when I saw this movie. I’ve never been a Kidman person (not sure why), but she was perfect for this role.

It was all so well done. I mean, there are some “chick flick” moments, but overall, it’s… magical. ;)

Haha I only know Stockard Channing from Grease and The Good Wife. What else has she done?

I think the issue usually seen with Nicole Kidman is that she gets typecasted quite often, always tasked to play these sexual, sensual women. There is just something about her, so mysterious and unknown. Haha. I sometimes forget what an amazing actress she is until I see her in a role that reminds me of it. Recently, this was Big Little Lies.

Two of my favorites are: “To Wong Foo Thanks For Everything, Julie Newmar,” and “Where The Heart Is.” She’s great in “Six Degrees or Separation,” I just haven’t seen that as often as the first two I mentioned. ;)

She was also on The West Wing, but, admittedly, I haven’t watched that yet. It’s on Hulu, though, so… soon.

“Six Degrees OF Separation,” that is. 🙄 Gotta love thumb slips.

Haha I love you Pat. You make me seem more popular than I really am. Have a wonderful day!