A Wrinkle in Time: Is it Possible to Make a Good Film from this Book? 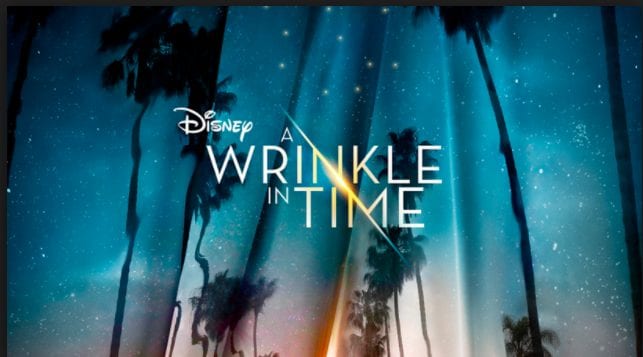 A Wrinkle in Time was a favorite book of my childhood. I looked forward to the film eagerly because I wanted to see a gifted director do justice to the material. Many of the changes were promising updates for modern audiences. They would help to bring the book’s uplifting message to more people. The book was rejected from 26 publishers before going on to win the Newberry Medal and became one of the most beloved children’s books of the 20th century. There was a previous attempt at making a movie out of this material in 2003, with mixed success. The book has always defied categorization: is it for children or adults? Is it fantasy or science fiction? Is it too Christian or not Christian enough?

After watching the current film, I am skeptical that it’s possible to make a good movie out of this book. The director, Ava Duvernay, did everything right: she assembled a great cast and approached the project with care, respect, and a wide open vision. I enjoyed it on its own terms; I identified with Meg and her teenage problems. Storm Reid was an appealing and relatable actress. I rooted for her and her friends to save her father. I loved the trippy visuals, the costumes, the animations, and I even cried over the brokenness in the world and cheered for the family’s reunion. But it wasn’t the story that packed the emotional punch that I loved all these years. Opening to mixed reviews, A Wrinkle in Time will likely be remembered as a footnote to Duvernay’s career. As much as I hate to admit this, the problem is likely not with the filmmakers, but with the source material. Written in 1962, A Wrinkle in Time is of a particular time and place. The book’s characters are all European-Americans, with red or mousy-brown hair and Anglo names like Charles Wallace and Dennys (who, with his twin brother Sandy, is absent from the movie). It famously opens with the Bulwer-Lytton cliché: “It was a dark and stormy night,” as Meg watches a thunderstorm from her lonely attic room. For these reasons, and because of the three witches and the gossip about Mr Murry’s disappearance, I had always pictured it taking place in an eccentric, secretive New England small town like the ones where L’Engle herself, and her contemporary Shirley Jackson, raised their families.

Bringing this story out into the bright Southern California sunshine took the edge off. There are edgy areas in SoCal too, but we didn’t see those. The Murrys’ home is gorgeous and spacious. The school Meg and Charles attend is a well-resourced model of diversity, and Principal Jenkins is a three-time science teacher of the year. This muddies the rationale for the bullying Meg experiences. In the book, Charles Wallace is a misfit prodigy, perhaps a savant on the autism spectrum (although that was not understood when the book was written) and Meg gets in trouble at school for defending him. As his protector, Meg’s fierce love saving Charles Wallace from IT makes emotional sense.

In the movie on the other hand, Charles Wallace is still a prodigy, but he appears quite happy and self-contained, and he doesn’t need Meg to protect him. If anything, he is the one protecting Meg. Her father’s disappearance gives Meg her outcast status instead. But in present-day California, with its many single parents and blended families, her father’s disappearance would not be the scandal it was in 1962. Her loneliness leads her to act out, but it is a feeble justification for her school situation.

The Evil of Camazotz

Details of what happened on Camazotz, the planet that has given in to evil, are also compressed. The book’s Camazotz gives off a Kafkaesque bureaucratic banality. Conformity to a 1950s suburban nuclear family ideal is expected, and outsiders’ food turns to dust in their mouths. “IT,” the master controller, appears as a disembodied brain on a dais, a metaphor for the tyranny of a society that values intellect alone and disregards love. Charles Wallace is seduced by ITs ability to control and impose order on messy human impulses. That in the book there are two escalating battles against IT compounds a sense of foreboding and dread. Meg’s decision to return to Camazotz and rescue Charles Wallace on her own makes her ultimate triumph sweeter and more meaningful.

The movie, however, shows little of Camazotz. The scene with the kids bouncing balls in unison is a confusing non-sequitur, not a Potemkin village masking fear and desperation in the populace. The defeat of her father forces Meg immediately into lonely battle with IT. This battle scene was disappointing. Some of the creepy tree-like things with branches might have been neurons, but the overall connection of the movie’s IT to a disembodied brain capable of the ultimate mind control, was weak.

The rescue scene itself focused too much on whether Meg herself was lovable and not enough on the transforming power of Meg’s sacrificial love for Charles Wallace. The book is unapologetically Christian, reflecting the author’s faith and naming Jesus as one of the warriors against the darkness that enveloped Camazotz. I believe that L’Engle intended Meg’s love for Charles Wallace here to be selfless and Christlike, yet Christian imagery and references have been dropped from the movie, to its detriment. Mrs. Who could have included Christian thinkers in her quotations; she included other world religions. And why not acknowledge Jesus’ role, and the role of faith for many Christians, in fighting evil? True to her character, the scientist Meg would likely have still remained skeptical. Warriors can come from all faith traditions, and from no faith tradition.

The other big problem with this story is the science, the so-called “Wrinkle in Time” itself, known as a tesseract. At the dawning of the Age of Aquarius, when the theory of relativity was new and humans hadn’t yet gone to the moon, the idea that you could bend space-time with your mind by tuning it to the right frequency might have been more believable than it is now. When Dr. Murry gives a seminar about how tessering works in the movie, jeers and guffaws of disbelief come from the audience, as they would in real life. He sounds like a New Age motivational speaker in the tradition of Werner Erhard, or a trickster like Uri Geller.

I still remember when another student in physics class explained what a tesseract “really” was: a cube within a cube. It could be drawn as a projection of 4-dimensional space into 3 dimensions the way the drawing of a cube was a projection of 3-dimensional space onto 2. Tesseracts were not about wormholes or traveling 93 million miles with your mind. It wouldn’t have taken much to give Dr. Murry a high-tech device that would make tessering possible, or some novel psi powers. These would have to be entirely fictional, but good shows have been based on less. What doesn’t work is asking us to accept that New Age mumbo-jumbo somehow became true for this family because they believed in themselves.

Growing up, I believed too long in A Wrinkle in Time‘s oversimplified version of how science works. Meg’s parents worked together in a homemade lab. When her father disappeared, her mother continued her experiments in the kitchen, bunsen burner on one counter, soup on the other. There was no mention of grants, funding, equipment, students, safety regulations, collaboration outside the family, or even publication. Perhaps this vision was inspired by the Curies, French Nobel Laureates Marie and Pierre and their children, who discovered radioactivity. Yet their work had a dark side.

Modern science is safer for its practitioners, and it is more open and collaborative than either what the Curies experienced or L’Engle’s vision. It is also more expensive and more technical, and requires more energy and perseverance than romantic genius for success. A film that wants to inspire young people in science in the 21st century needs to tell a more accurate story about the scientific process. This film drops that ball completely.

I hope that A Wrinkle in Time inspires its young audience, but sadly, I don’t believe it’s memorable enough for that.

Thanks for reading! What are your thoughts on A Wrinkle in Time? Comment down below!

I saw this movie when it came out and I hadn’t read any of the books since I was fourteen. I was warned ahead of time that the movie did not reflect the books, but I didn’t realize how much. Overall, I think it is a good film. It’s entertaining and the young actors are definitely good. Loved the basketball scene (which is what I remember best from the book). I think she did a good job taking a whack at it, but ultimately, like Ender’s Game, this story takes place in a character’s mind and it’s going to be hard to put that onto a screen. Great review!

This strikes me as really said. I appreciate your perspective. IF ONLY

Wow, this is fantastic! Great writing, and great insight.

Thanks! I’m glad you enjoyed it.