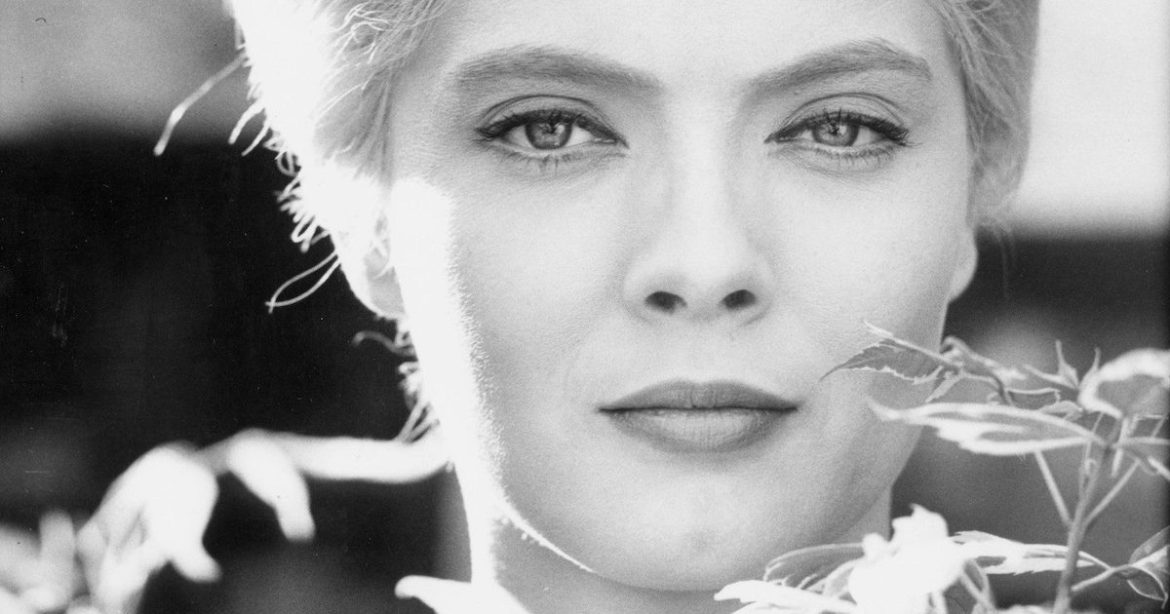 By the time Agnès Varda was filming her second feature in the summer of 1961, the French New Wave was in full swing. Godard, Truffaut, Resnais, Rohmer, and more had all released their directorial debuts and were touting themselves as the originators of a brand new type of cinema. Of course, Varda had beaten them all to the punch 6 years ago, but she wasn’t about to start beef. Instead, Varda just did what she did best: make a great film. And when Cleo from 5 to 7 came out the following year, it became crystal clear that Varda would never again be an afterthought in the world of cinema.

Cléo de 5 à 7 (Cleo from 5 to 7) is a narrative feature film written and directed by Agnès Varda, and stars Corinne Marchand as the titular Cléo Victoire, a famous young singer living in Paris. I’ll be honest, I’ve been dreading writing this piece. The audience follows Cléo for 90 minutes in real time as she travels about the city, nervously awaiting the results of medical tests which will reveal whether or not she has cancer. I mean, how does one speak on Cleo from 5 to 7, one of the most discussed films of the 1960s, with any sense of fresh perspective? During this time, she interacts with a Tarot reader, her maid, a driver, a lover, her composers, a friend, a stranger, and, inevitably, herself.

I love this film, but there is essentially nothing I could say about its qualities that wouldn’t be rooted in the watering down of observations initially made by better writers. The only thing I can bring to a discussion on this film without being derivative is my own experience with it. This series is Viewing Varda after all; it’s about the viewing of her films. What is viewing Cleo from 5 to 7 like?

With all my doors wide open

Have you ever felt certain that you were going to die? Not in the eventual sense, but the immediate sense, as in “I am about to die” or “I am about to be condemned to die.” With Cleo from 5 to 7, Varda offers a film centering that certainty, that impending sense of doom. Granted, it’s not like this topic isn’t commonly mined for drama in cinema. And why not? To feel your time running out and the encroachment of oblivion is a profound experience. Are we going there? However, it also happens to be an experience that I am fairly familiar with. I guess we’re going there. And I can confirm that no film captures it as well as Varda does.

Now, I’ve never been diagnosed with cancer, nor any other serious physical illness. But I have lived, and continue to live, with depression. For stretches, it has been accompanied by suicidal ideation, and in February of this year, there were points where ceasing to be was…imminent.

Following the meeting with a Tarot reader that opens the film, Cléo has also resigned herself to her mortality, even though she has yet to be diagnosed. She is completely consumed by the idea that these are her last hours as someone with a future.

So what is the life of one with but hours left like?

Well, first of all, the world doesn’t stop. When Cléo leaves the Tarot reader, she immediately plunges back into the hubbub of Paris. Cars, horses, crowds, more cars, more crowds are always shifting in and out of view. Throughout the film, people constantly catch Cléo’s eyes and ears, and it almost feels as if the camera could at any moment simply drift away from her and begin following another equally interesting individual. Mentions of a war populate overheard conversations as well as the radio; somewhere, people are dying for a cause they cannot understand. Watching the film today, Paris is analogous to social media. Information is constantly flooding in about how you are not the only one living and suffering. And yet, Cléo, as well as the audience, is still consumed with her own fate.

This is because of the second thing Cleo from 5 to 7 knows: people who are approaching death can still smile and laugh, and can remain just as selfish. During many of her interactions with others, Cléo worries how others are perceiving her. She wants to appear normal, but she also wants people to think very highly of her. When criticized, she lashes out. When complimented, she soaks it up like a sponge. It doesn’t matter if time is limited; one is perfectly capable of maintaining appearances, and holding onto insecurities. It’s why every time Cléo brings up her illness, the people in her life are shocked, or quick to dismiss it as nothing worth worrying about. After all, if things were so serious, wouldn’t they be able to tell?

Gnawed away by despair

Well, one way to tell is by taking time to stop and engage in conversation. During the later scenes of Cleo from 5 to 7, Cléo encounters a stranger who himself is awaiting a major life shift. Antoine is a veteran of the ongoing war, and will be returning to it that evening. In Cléo, he finds a kindred spirit, and together, they talk. Not just about their fears, but about other things. They listen to each other, and they spend moments in silence together. It is these kinds of interactions that, whether or not they ultimately save a life, are absolutely critical. We must be aware that the lives of others are precious, and delicate, and that people may not be so put together as they might seem.

And if you wait too long

Which brings me to a final aspect of Cleo from 5 to 7‘s grasp on the idea of imminent demise: Someone else acknowledging your fear can be what saves you. At the halfway mark of the film, Cléo is forced to confront the idea of her own death in what is possibly the greatest, most dramatic musical moment to ever be captured on celluloid. It completely overwhelms her. And then, at the end of the film, it is revealed in an almost nonchalant way whether or not Cléo does indeed have cancer. The delivery is so casual, one expects Cléo to react harshly, as all of her pained anticipation of this moment had been seemingly dismissed. However, her response indicates otherwise.

Just because someone expects death does not mean they are ready. It does not mean that they even want it to occur; it simply is an inescapable reality. However, when another confronts you, and so straightforwardly scrutinizes your agony, it takes you out of yourself. It takes all your selfish concerns away. It compels you to focus on living.

A Cry of Love

I apologize if this article is cryptic or doesn’t make sense. When given the task of writing about this film, I simply could not move past the idea that watching this film helps me to reflect on my own confrontation with death, and how I overcame it. To speak in any other manner or on any other aspect of Cleo from 5 to 7 as if it were the driving force of the film’s resonance would ring false.

Cleo from 5 to 7, as far as I’m concerned, is the best film ever made. Many would agree with me in that statement. Its performances are simultaneously expressionistic and vérité, its direction precise and freeing. No film is shot or edited quite like it, and certainly no film has better music direction. It evokes pure feeling and complex emotion honestly, and it shows zero fear of underselling or overselling itself while doing so. However, if I had to give one sole reason why Cleo from 5 to 7 earns that ever-disputed title of ‘Best of All Time’: It truly understands and conveys that life is worth living.

I give Cleo from 5 to 7 ten flowers from a passing truck out of ten winter hats worn in summer. Watch it now on The Criterion Channel and/or Kanopy. Please.

If you or someone you know is struggling with suicidal ideation, there are resources available for you, starting with the AFSP. Also, since I myself had some negative experiences with the national hotline, I strongly recommend checking first if there is a local hotline.

In 1965, Varda dove once again into color filmmaking, this time with a provocative romance exploring the nature of family, affairs, and maybe also polyamory? We’ll explore all Le Bonheur has to later this week (apologies for this one being late), in what will hopefully be a more traditional review. See you then.

Thank you for reading! Have you seen Cleo from 5 to 7? Comment down below!

[…] the gigantic success that was Cleo from 5 to 7, Agnès Varda was a star, and not just in France. So what did she do next? Why, she pushed the […]

‘If Anything Happens I Love You’: The Other...