Disney and Pixar have owned Thanksgiving weekend the past few years, and this year is no different with the release of a new, original film, Coco!  The film begins Pixar’s plan to inject more original films into its library, meaning that you probably won’t see Cars 4 any time soon.  The follow review will be spoiler free. 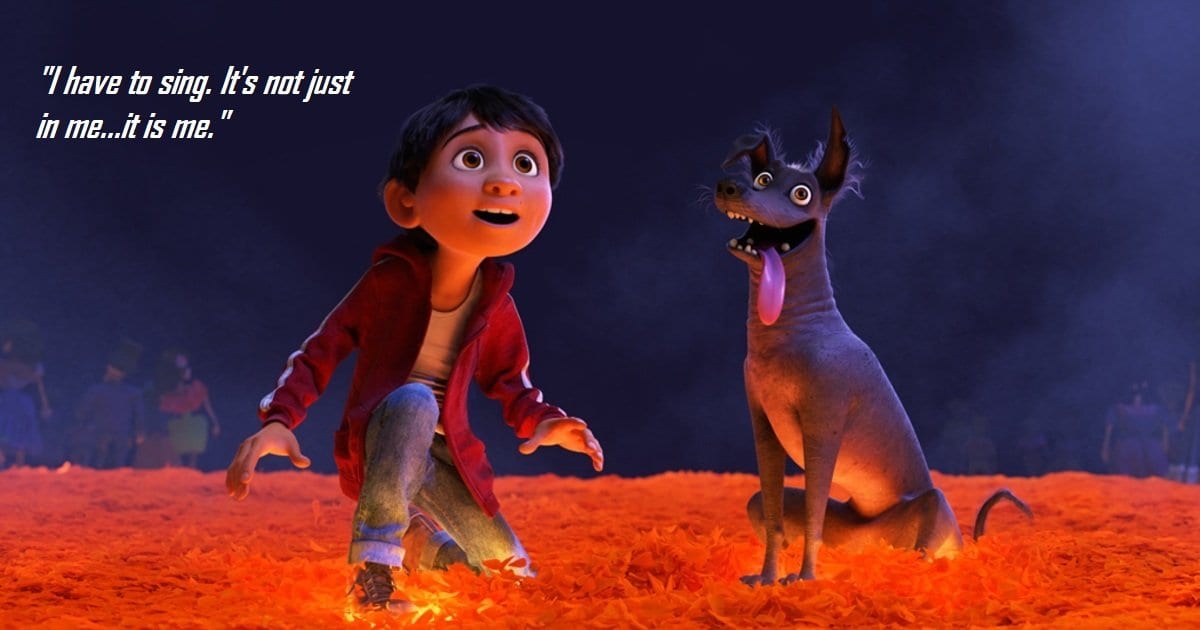 Young Miguel (Gonzalez) loves music.  All he wants to do in life is be just like his hero, Ernesto de la Cruz (Bratt), one of the most famous musicians known to man.  In the pursuit of his dream (and in a bizarre turn of events), Miguel finds himself in the Land of the Dead.  Miguel quickly teams up with Hector (Bernal) as he learns of the history of his family, coming to terms with the fact that music might not be the only important thing in life.

Sometimes, a studio knows exactly when to a release a movie.  Disney and Pixar have owned the Thanksgiving season for a few years now, releasing an animated film from either animation branch since 2012.  On top of that fact, all the films have been extremely successful for the most part.  Take a look for yourself:

One must note that The Good Dinosaur had some problems during productions, making it somewhat of an outlier among the other favorites listed above.  Even so, there’s a noticeable trend in place here.

It seems pretty obvious.  Thanksgiving is a time for families, and a time of heavy traffic at the movie theaters.  These animated films probably would have done well any other time of the year, but they definitely get an added boost from the holiday.  Disney and Pixar have their products down to a science, and we continue to eat them up.

With every movie, Pixar looks to push to even greater heights from a technical perspective.  They add extra wrinkles of brilliance upon the release of every movie.  Coco may be one of Pixar’s greatest achievementst thus far, blending fantastical and realistic elements together for a true treat for the eyes.

Every frame takes hours of work, making Coco‘s expansive depiction of the Land of the Dead truly amazing.  Co-director Alfred Molina exclaimed that working with Pixar was an unbelievable experience in that their attention to detail is unparalleled among animation groups in Hollywood.  There’s a distinct difference between the look of a Pixar film and an animated film from another studio.  To put it simply, they just care way more.

You’ll see the frays in Miguel’s hair as he frolics through a sea of skeletons.  But, the most impressive feat that Coco contains is the ability to create a magical world around a rarely seen group of people onscreen.  Coco is proud of the heritage it documents, making you buy in as well.

Another calling card for Pixar is its ability to weave in dark themes and story beats within a kid-centric narrative.  We all cried at the beginning of Up, but Coco handles incredibly dark, existential ideas that may be even more thought-provoking.  Coco literally revolves around the idea of death.  The Day of the Dead is a fascinating way to discuss the memory left by loved ones.  When does someone truly die?  Is it when their mortal life ends or is it when their memory fades away?  Coco doesn’t pull any punches, creating conversation that may force parents to answer difficult questions at the end of the film.

Coco literally uses murder and dementia as main story elements, adding layers to this animated tale that would fall laughably flat under lesser talent behind the camera.

image via The Mercury News

Contains Enough Bright Elements to Make it Fun for All Ages

Under different hands, Coco could have been a serious downer since death is at the core of the movie.  But, there’s a certain amount of awe-inspiring wonder that directors Lee Unkrich and Adrian Molina inject into the story.  Death in Coco isn’t necessarily maligned, it’s celebrated.  Among the skeletons and lossed loved ones is enough heart and childhood wonder to power the story past being a depressing slog.  The music which greatly honors its Mexican roots is so unbelievably charming and fun that death also becomes fun…until you bawl you eyes out from that patented Pixar emotion.

The central character, Miguel, is a lovely, energetic character to follow through this fantastical adventure.  Anthony Gonzalez’s voice work is funny, plucky, and undeniably sweet.

That Pixar charm is on full display throughout Coco.  You’ll see the typical funny side characters and cute sidekick, but they all add an important piece to the story that is absolutely necessary.  Like any other studio, Pixar has its hallmarks that appear in almost every film they produce.  But, Coco offers enough clever spins on its formula that make it worthy of being called “original.”

It also doesn’t hurt when you have this adorable dog as a sidekick:

Beautifully animated, Coco is another superior entry into Pixar canon, blending lovely kid-friendly elements with intense, thoughtful themes that only the most mature of films attempt to discuss.  However, Coco‘s greatest feat may be showing the culture of people that film seldom explores.  For its troubles, Coco gets an A.

If you’re looking for a family-friendly movie for the holidays, Coco has everything you’ll need for some solid entertainment.

Thanks for reading!  What are your thoughts on Coco?  Comment down below!

I hope to see it on Tuesday.

Liked your review. The movie sounds interesting and telling.

It certainly is! Glad you enjoyed it!

Only seen previews. Over 20+ miles away from nearest theater.☹☹:(:(