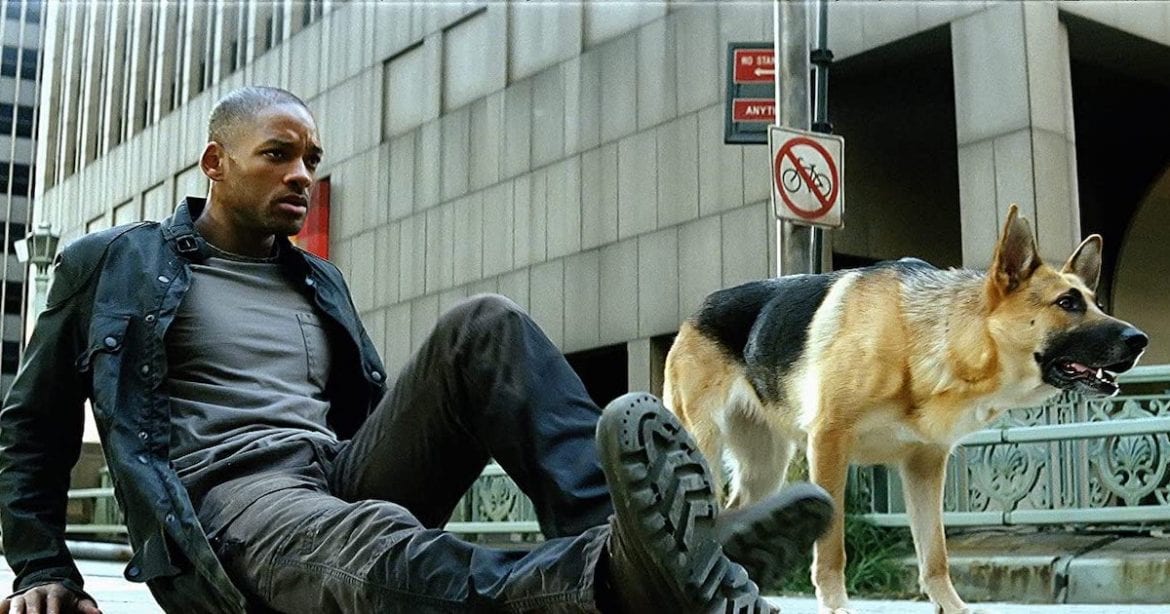 In this time of Coronavirus deluge and upheaval, I think it’s time for a top 10 list, don’t you? That’s right, folks — today, we are looking at some of the best outbreak movies! (In other words, movies that revolve around contagious diseases and their scary, deadly power.)

You may want to watch these, you may not want to. I know that there are a few of these I’ll be avoiding for quite a bit. Whatever your feelings and level of anxiety about the current state of the world, it’s hard to deny that these are some great movies about contagious disease…that was a weird sentence to write.

Black Death is a slightly different outbreak film in that it takes place many, many years ago. Rather than the sci-fi diseases most outbreak films go for, Black Death focuses on the first outbreak of the bubonic plague in 13th century England. Starring Sean Bean and Eddie Redmayne, Black Death takes a turn into the fantastical with talk of necromancers and other such medieval magic. While not technically a horror film, it does take much inspiration from the genre. The creepy, otherworldly settings and dark tones create an uneasy feeling. Black Death is all-around a great outbreak film without getting too realistic for today’s situation.

Director Robert Wise has a strange command over certain genres. He’s great with musicals like West Side Story (1961) and The Sound of Music (1965) and yet can also make fun sci-fi films like The Andromeda Strain and Star Trek (1979). The Andromeda Strain is generally overlooked in both the sci-fi and outbreak genres, but it’s such a hidden gem. The plot revolves around a small town that has been plagued by a deadly disease that a group of scientists is trying to find the cure for. Pretty simple plot, but one that is engaging nonetheless! I think my favorite part of this film is the fact that its actors aren’t necessarily recognizable today, so you aren’t distracted by anyone’s star power. The Andromeda Strain stands up quite well compared to modern outbreak films.

If you haven’t heard of this one, don’t worry — you’re not alone. 93 Days is a Nigerian film that simply didn’t reach American audiences’ radar. Yet, it’s such a great outbreak film. What happens when a super deadly and contagious disease reaches a city of millions of people? Panic! Hysteria! Chaos! Fans of Danny Glover and Tim Reid will enjoy seeing some familiar faces. Overall though, the story and all of its tension suck you in until the end. Don’t count this one out in your movie binge!

Now it’s time to take a turn to zombies. Starring the formidable Brad Pitt as United Nations agent Gerry Lane, the story is pretty simple — Lane has to stop the entire zombie apocalypse by finding a cure for the zombie virus. Even if you aren’t big into zombie movies, the visuals alone in this film are stunning. One of my favorite scenes has always been the most intense part of the movie — when the zombies are breaching the wall of Jerusalem. Just the amount of fear and panic it evokes is perfect. World War Z is both a great zombie movie and a great outbreak movie.

Pretty self-explanatory, right? Blindness reminds me of a less-intense Bird Box (2018). Danny Glover, Mark Ruffalo, and Julianne Moore make a great cast for such a dreary movie. Before I get too into it, I should warn you that this particular film does take some very dark turns, such as prostituting women for food and strong themes of sexual assault. Definitely not a movie for the faint of heart. If you can stomach it, though, Blindness uses lighting in a brilliant way that I feel cannot be emphasized enough. The blinding plague that affects the city is one that causes white blindness and the film reflects that through very pale lighting. Pretty obvious decision but one that I think absolutely makes this film a spectacle to behold.

Do I really need to say much? I will anyway because I Am Legend truly is a legend among outbreak movies. Will Smith is the sole survivor of a devastating plague that killed off most of humanity and made the rest into monsters. There’s so much that I love about this film: the uncertainty, the setting, the pacing, the cinematography, the focus on emotion rather than dialogue. Plus, no film can go wrong with a cute dog (except Show Dogs). While it is more zombie than outbreak, I would still say that this is one of the best outbreak movies ever made.

I don’t know what it is specifically about this movie, but it gives me a lot more anxiety than any of the other movies on this list. I think the biggest aspect of its eeriness is the fact that every character in the film could so easily turn on any of the other characters. That level of distrust even among the main group of people we are following and are supposed to root for is just disconcerting, especially in an outbreak movie. Aside from that beautiful feeling of uneasiness, the cast itself is stellar; Chris Pine, Lou Taylor Pucci, Emily VanCamp, and Piper Perabo make a great foursome throughout the film. The best thing about this film is just the unexpectedness of it — anything can happen at any time.

I love Outbreak because it is all blamed on a monkey and I find that hilarious. Seriously though — Outbreak is a great drama/thriller showing what can happen when people don’t social distance. Morgan Freeman and Dustin Hoffman play great off each other as friends-turned-adversaries. Throughout the film, Hoffman’s character gets increasingly fed up with Freeman’s character while trying to cure the virus, which is a great added element of tension in an already intense plot. Even the absurd helicopter chase doesn’t feel too out of place in this no-holds-bar, anything goes, absolutely insane outbreak film. And, of course, what better to name an outbreak movie than Outbreak?

I love Contagion for two reasons: the cast and the realism. Let’s start with the cast. First of all, you can’t go wrong with Matt Damon. Add in Jude Law, Laurence Fishburne, Gwyneth Paltrow, and Kate Winslet and you have the perfect cast for practically any movie. I love that the reason for the virus wasn’t too out there. Without getting too into specifics, the disease itself was caused by something that comes across as all-too-real. In fact, at times, the movie hits a little close to home. Honestly, if you’re looking for a fictionalized version of today’s events, Contagion isn’t too far off the map.

28 Days Later… can put you in an almost catatonic state of fear for its duration. The first time you see Cillian Murphy wandering through completely empty London, it’ll change how you see every other outbreak or disease movie after. After a deadly, incurable virus ravages the UK, survivors must try and continue living in a world plagued by the infected. There’s really nothing that compares to it. The zombies aren’t just mindless beings but actual humans that are furious with what they are going through, which makes them a lot more frightening. 28 Days Later… is a masterpiece of fear, shock and awe, and suspense.

Thank you for reading! What are your thoughts on the top 10 outbreak movies? Comment down below!

[…] creative people. I’ve been talking to friends who are pitching tons of plague TV shows and plague movies and all this stuff and I just… It’s just a wave of ideas that are just pointing out […]

I remember reading an article last year in which Alex Garland said he has a great idea for a third ’28 Days Later’ film and I was so excited. I don’t think it we’ll get anything else from it anytime soon but I would sure love to see it.

I would love to see that!