This week, a film about a talking raccoon, a World War II veteran, a one-eyed god, and a sorcerer with a PhD battling a purple alien with a magic glove will debut to likely record-breaking success. Having already sold more presale tickets than the past seven MCU movie combined, Infinity War is sure to be an unrivaled epic. If the movie seems larger than life, that’s because it is. The sheer scale of characters and ten years of world building that have gone into Infinity War is unprecedented. And, while Marvel is the only company that could pull it off now, that wasn’t always the case. In fact, the studio that regularly pumps out billion dollar movies was facing bankruptcy a mere twenty years ago. So how did Marvel get from bankruptcy to billionaire status? Let’s discuss.

Superman flew onto the screen in the late 70’s and heralded DC as the champion of superhero cinema. It would make sense that Marvel wanted a shot at the same success. So, Marvel decided to make a movie based on one of their characters, similar to what DC had done with Superman.

However, Marvel’s first foray onto the silver screen was also its worst. Of all the characters that Marvel had to offer to the masses, Director George Lucas chose to premier Howard the Duck. Howard the Duck is one of Marvel’s wackiest characters, and isn’t exactly considered one of their top tier. Nonetheless, George Lucas carried a lot of weight in the post-Star-Wars-and-Indiana-Jones 1980’s, and so the movie was green lit.

1980’s America wasn’t ready for Howard the Duck, however, and Marvel’s risky move hurt them severely. The movie failed to recover its budget, and even in 1980’s terms, its $16 million domestic haul made it nothing but a flop. Marvel didn’t produce any further films in the 1980’s and superhero cinema went silent for a few years. 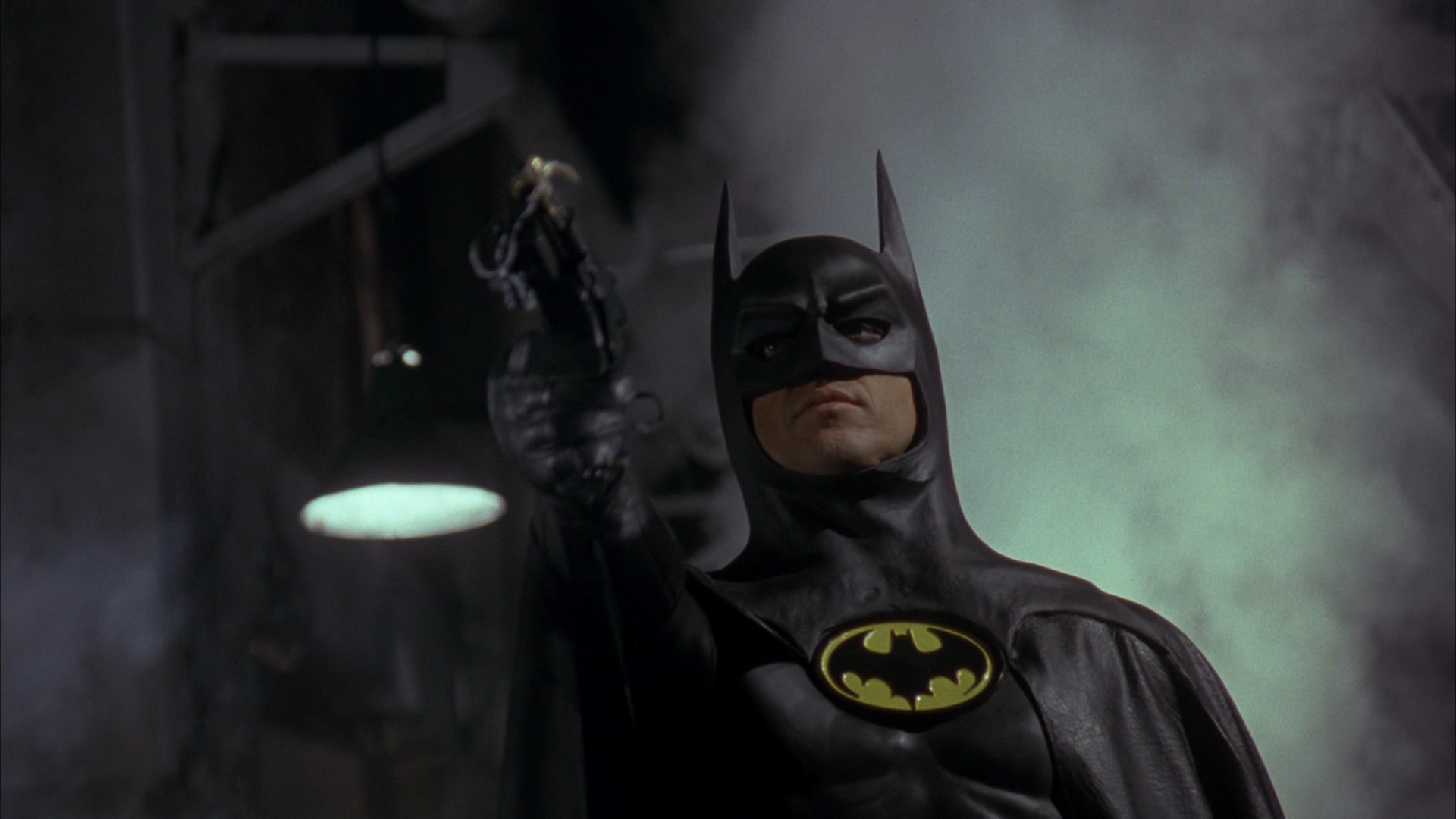 The Bat Signal Lights Up the Way

Before I delve into Marvel’s money problems, I think it’s only fair to first credit the first true king of superhero blockbusters, Batman.

Batman (1989) revamped not only the character, but revitalized and established the modern superhero genre. Tim Burton’s Gothic setting and tone coupled with Michael Keaton’s surprisingly dark take on the character made the movie a box office smash. It didn’t stop at the box office either, Batman sold toys in a way that only Star Wars had previously managed to do. Everyone wanted to see Batman, everyone wanted to play with Batman, everyone wanted to be Batman.  Thus, Batman soared in popularity and spawned many more films, although none could match the hype or truly keep superhero momentum going.

Other studio exec’s eyes lit up with dollar signs and everyone began trying to get heroes off the ground. We’ve already talked about Shaq’s dismal attempt at Steel. Other failures included the Punisher, Swamp Thing, and even the Fantastic Four. (Marvel’s first family still seems unable to catch their cinematic break.)

The comic book industry began to decline rapidly in the 1990’s and studios hoped that feature films would solve their problems. DC found success with the Batman franchise, and managed to sustain itself with that popularity. Marvel was not finding the same success and began to sell of the film rights to its characters. Spider-Man went to Sony. The X-Men and Fantastic Four went to Fox. The Hulk went to Universal. And several other properties were scattered to anyone that would buy them. 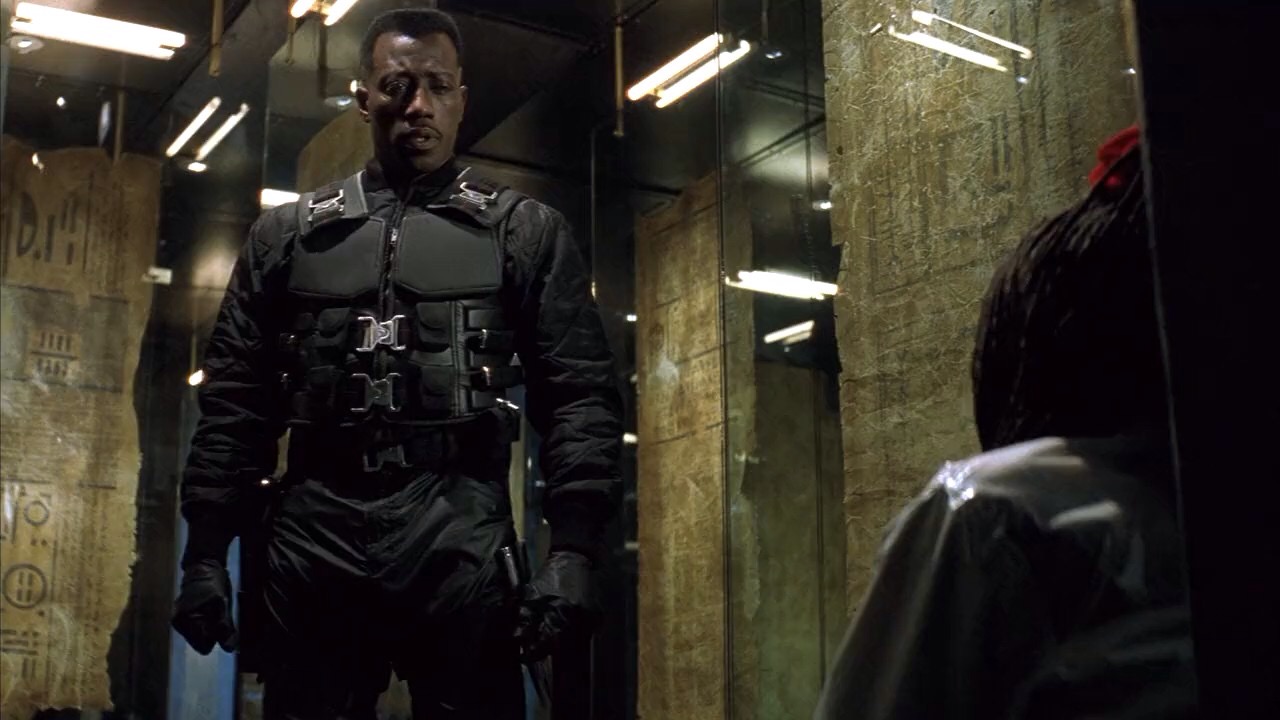 In 1998, Marvel made its first indent into the cinematic market with the release of Blade. Blade follows the story of the titular Blade, a half-human, half-vampire vampire hunter. It was the first superhero movie to delve into an R-rating and to explore horror elements. Blade isn’t a huge success by today’s standards, but it made a respectable amount in 1998. The movie went on to spawn two more sequels and Marvel had a bit more steam to go on.

Mutants on the Scene

In 2000, Marvel had its first cinematic hit. Bryan Singer, hot off the success of The Usual Suspects managed to give the X-Men life. It was an ensemble comic book movie before ensemble movies were expected. It was a sleeper hit that stayed true to the comic book origins, but wasn’t afraid to modernize itself. Fox found itself a tent-pole franchise and studios began to produce as many Marvel movies as they had the rights too.

The two direct sequels may not have been met with the same reception and success, but they did set up a platform for it. After over ten years of franchise history, X-Men finally got its critical and commercial groove back with hits like X-Men: Days of Future Past, Deadpool, and Logan.

Marvel Swings Ahead of DC

Say what you will about Spider-Man 3, Sam Raimi’s Spider-Man trilogy is a crown piece of Marvel achievement. The first major blockbuster for Marvel, Spider-Man was a hit with fans, critics, and audiences alike. The movie proved how lucrative superhero movies could be, and managed to be imaginative and fun at the same time. The film gave Marvel the legs it needed to build lasting franchises, and helped establish the tone and style of the superhero genre for years to come.

*Personal note, Spider-Man 2 is the greatest superhero movie of all time.

A Scattered Landscape of Heroes

Concurrently with the X-Men and Spider-Man franchises, a whole slew of Marvel movies was launched to varying degrees of success. Daredevil flopped. Hulk flopped. The Fantastic Four met moderate success and then flopped in a sequel. The Punisher reboot flopped. Ghost Rider whimpered through two dismal movies. Spider-Man 3 came and let America down in 2007, things were starting to look bleak again.

If ten years ago you had said that drug-addled Robert Downey Jr. would lead a B-list superhero into a billion dollar franchise, people would have laughed. Thankfully though, Kevin Feige was not laughing. The first Iron Man movie was not only a risk financially, but it was an unprecedented one at that. While ensemble films such as X-Men had already happened, nobody had attempted to cross franchises before.

Thankfully Iron Man was not only a great film, but it was a commercially successful one. And, with Nick Fury’s brief post-credits cameo, the universe building began.

After the ground-breaking success of Iron Man, Marvel Studios was met with some moderate misfires in The Incredible Hulk and Iron Man 2. When Thor and Captain America: The First Avenger pleased audiences, but didn’t exactly excite them, the MCU’s fate seemed again dismal at best. Then Marvel blew the world’s collective minds with 2012’s The Avengers. It was fun, it was dazzling, and it brought all of your least favorite superheros together in an unexpectedly satisfying way.

Marvel has since been the dominant blockbuster force, outlasting and outperforming all other franchises not owned by Disney. Even previously obscure B list heroes like Thor and Black Panther have been able to outperform the combined force of Batman, Superman, Wonder Woman, and the Flash. Batman and Superman are two of the top three most recognizable comic book heroes of all time.  It is literally an insane accomplishment for Marvel to out-gross them in any regard. 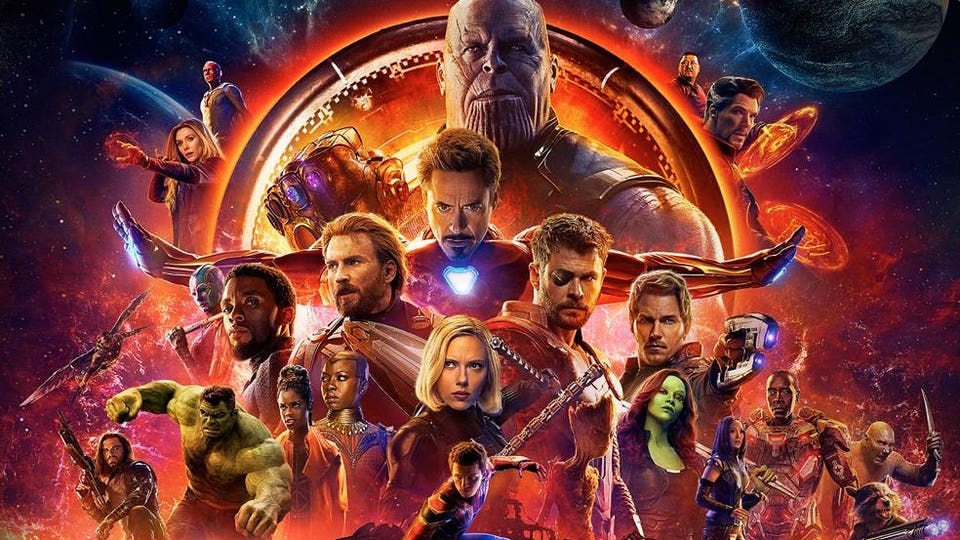 With Infinity War opening this week, Marvel ones again tries the impossible. With a roster of over 30 heroes, a history of 18 films, and at least 10 franchises, Infinity War is of a scale unseen before in superhero movies. Neigh, a scale unseen before in all of film. Time and time again the MCU has pushed boundaries and expectations for an often campy and lackluster genre. As the promised end to the past ten years unfolds for me Thursday night, it seems even crazier how far Marvel has come since 1986. The plots are no less far-fetched*, but the meticulousness and passion are far beyond what anyone thought possible.

*a talking duck and a talking raccoon are equally ridiculous

Thanks for reading!  What are your thoughts on A Brief History of Marvel?  Comment down below!

Great post man! We’re lucky to have experienced the MCU unfold with such great success.