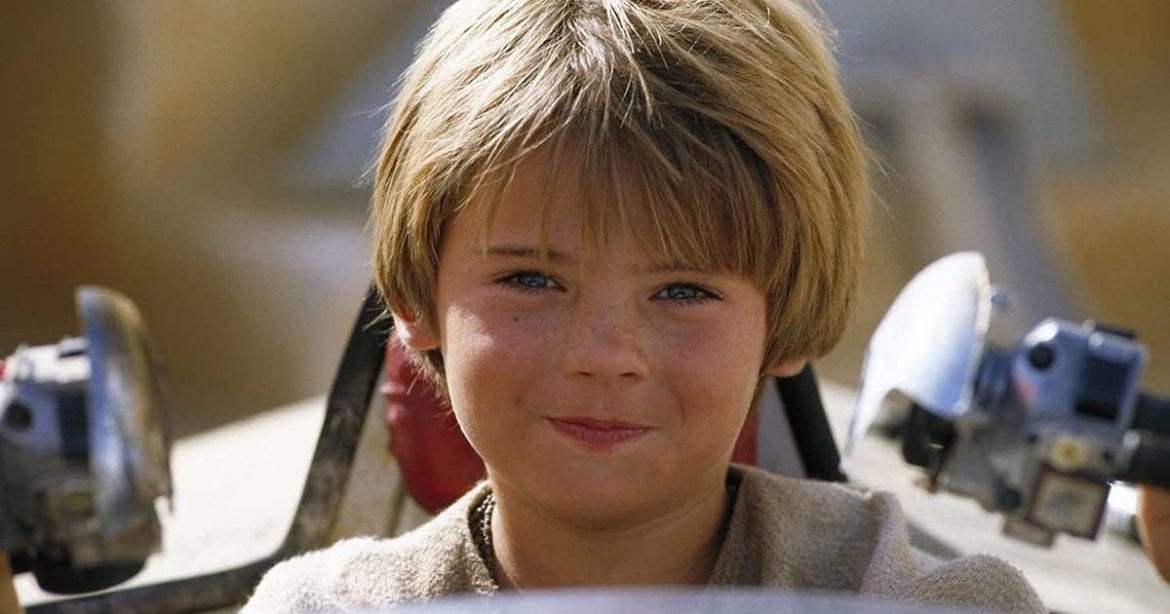 I love children… most of the time. I have three nieces and three nephews that I would do anything for. The children I’m about to talk about, on the other hand, are the devil’s spawn. If I had had my way, these children would be completely eliminated from their respective films. I never want to hear from them again.

For one reason or another, these kids are just irritating. Sometimes they don’t add anything to the plot except cheesy jokes. Other times, they just don’t know how to do what they’re told and end up ruining everything. And then there are the times where I just hate them for their general personality.

Alex O’Connell from The Mummy Returns (2001)

Scrappy Doo in anything (I’m counting him as a child since he is a puppy and he is annoying.)

I hated him as a comic strip and I hate him even more as a movie. Poor Mr. Wilson just wants some peace and quiet and maybe a little sleep but the Mitchells just had to pawn their devil child off on him and Mrs. Wilson. What kind of evil streak must be running through this little imp to make him behave like such a terror? Some of his antics can even pass from irritating to downright dangerous, such as slingshotting an aspirin into Mr. Wilson’s mouth and nearly choking him. I don’t know if I’m supposed to have any sympathy for or like Dennis Mitchell at all, but I hate him.

Every child in this movie actually makes me want to pull my teeth out, but Junior is certainly the worst. I won’t get down on Michael Oliver however, as that is exactly what he was supposed to do. His job in this movie is to wreak as much havoc as possible and get on everyone’s nerves; he certainly succeeds. But who thought that this would be a good movie? No one wants to watch a bratty kid for an hour and a half. We don’t root for these types of people, so why make them the main character? Still, I was a big fan of Junior donning the devil costume to the birthday party. I wish he had kept it on throughout the whole film.

Okay, I would probably be annoying if I were in a War of the Worlds situation, too. That movie is just absolutely terrifying. Dakota Fanning’s performance in this film reminds me a lot of Jennifer Lawrence in The Hunger Games (2012); they both tend to scream a lot in these apocalyptic scenarios and, as understandable as it is, it’s really exasperating to listen to for like two hours. At some point, you would think that Rachel would just learn to accept that her life is chaotic but no, she has to continue to scream when anything even remotely frightening happens. Why couldn’t she be more stoic like her father, Tom Cruise?

He isn’t nearly as annoying as his mother, Wendy Torrance, but he sure bugs the heck out of me. I’m sure it’s very traumatic to have psychic visions of your dad going nuts and trying to murder you and your mother, but can you stop being so creepy about it? Danny is unique on this list in that he isn’t necessarily a typical annoying little brat, he’s just creepy as heck. In fact, I could put a lot of horror movie children on here just for being real sinister. But they owe it all to the original creepy kid, Danny Torrance. Stop scaring me, kid.

If I had just watched a man’s beating heart ripped from his chest, I probably would be annoying, too. But I’m not going to cut Short Round any slack because he’s really annoying and is a blemish on a perfectly good Indiana Jones film. I don’t even know what his purpose in this movie is. He’s just sort of…there. Whenever I see a random kid in a movie with a hot actor I automatically assume that the director just wanted to make girls swoon over that actor even more; that’s what I assume went on here with Harrison Ford. Unfortunately, Steven Spielberg made Short Round way too annoying for me to care about him. The kid doesn’t know when to keep his mouth shut and he has that grating fake cool-guy personality that movies tried to give kids in the 80s that made them even more unlikable.

Older Anakin Skywalker is angsty enough but young Anakin Skywalker is just as annoying. I wouldn’t put this on Jake Lloyd’s performance because he was a cute little Anakin. I blame it on the fact that this whole movie is pretty goofy when it’s not choreographing lightsaber battles and pod races. The Phantom Menace made little Anakin Skywalker such a corny little imp that it’s hard to like him. Plus, we already know what kind of a person the little Padawan was going to turn out to be. Our perceptions of this little brat were tainted from the beginning.

Who doesn’t hate Dudley? He is spoiled, greedy, rude, and abusive. I don’t know anyone who doesn’t secretly wish that Harry had used his magic more often on the British brat. It doesn’t help that Dudley’s parents enable his irritating behaviors and encourage them often. It’s not hard to see where Dudley gets his charming personality and brutish mannerisms towards others. I wish that snake had eaten him in the first movie or that the dementor in the fifth movie had taken his soul. Dudley only exists to get on people’s nerves.

I don’t know if this is an unpopular opinion or not. There are times in Home Alone where Kevin is cute, like when he befriends the old man. But most of the time, he’s just a little brat. What kind of a kid goes to such violent extremes to rid his house of burglars? Then again, what kind of burglars keep coming back for more after enduring the sort of pain Kevin can inflict? And let’s not even get into the fact that Kevin terrorized that poor pizza delivery man for no reason other than to be a jerk. Some people may find Kevin’s impish personality charming, but I find it grating. Why is this a Christmas classic?

What I wouldn’t give for this kid to stop being so clingy and to stop screaming for two seconds. Like Danny Torrance, I would also love it if Sam would stop being so creepy. I understand you have a strange man following you around but can you please stop making everything seem so ominous and horrifying? Thank you. Imagine having a kid so uncontrollably violent and tiresome that your own friends don’t want to be around you anymore. At that point, it’s time to just give the kid to the Babadook.

#1: Basically any kid from Charlie and the Chocolate Factory (2005)

I literally hate everyone in Charlie and the Chocolate Factory, particularly the newer Tim Burton version. First, we have Augustus Gloop, who is basically just the original Dudley Dursley. He’s spoiled and greedy and doesn’t care about others. Then there’s Violet Beauregarde, a rude little brat who is always quick to insult and is never satisfied. And Veruca Salt is even worse, demanding everything she sees of her father, who willingly gives her everything she asks for. Mike Teavee wasn’t too bad but he was still an annoying child who I’m glad had his comeuppance. The only thing I like about this movie is that all the annoying kids get their just rewards in the end. I just wish that Grandpa Joe Bucket had also gotten his just reward for lazing about for years and only getting out of bed for chocolate.

Thank you for reading! What are your thoughts on these really annoying children? Comment down below!

[…] the best aspect of Tuk is that she isn’t annoying. Often in blockbuster sci-fi movies, young children are a burden to the adult cast, especially when it comes to defeating the antagonist. Like most kids in James […]

[…] the best aspect of Tuk is that she isn’t annoying. Often in blockbuster sci-fi movies, young children are a burden to the adult cast, especially when it comes to defeating the antagonist. Like most kids in James […]

Oh, I’m a big fan of Dennis in the comic strips and animated shows. I don’t think I’ve seen the movie though.

Yes, so glad you got Dakota Fanning’s character from War of the Worlds on here! One more I’d add is the girl from Grave of the Fireflies (I know that’s probably a heretical opinion.)

I actually like Anakin, some of the Charlie and the Chocolate Factory kids, and Short Round.

You’re right that Anakin wasn’t too bad but he wasn’t amazing either haha thanks for reading!

No Goonies? Major oversight. Short Round was in the Goonies and wasn’t even close to being the most annoying kid in it.

I feel like I would have gotten some backlash if I listed anything about The Goonies lol that movie has such a cult following. I’ve personally never seen the hype!

I feel like I need to add Charlie from The Santa Clause. That kid justs grinds my gears…

He was on the short list! Lol kid got on my nerves too

Oh my gosh, yes! Once again, you nailed it. I also submit: Sam from Moonrise Kingdom. Holy CRAP I hate that child.

Interesting list, Kali! About Danny from ‘The Shining’, I’d say the OG creepy kid is Rhoda from ‘The Bad Seed’. Not only does she hurt others in order to get her way, but her movie was also released in the ’50s. If I could add a submission to your list, I would choose Geneva from ‘The Boy Who Could Fly’. I know this character is a teenager and I know she’s only in the film for a limited amount of time, but I was not a fan of her personality. It was too abrasive and matter-of-fact for my liking.

Count Dooku Was a True Jedi: Agreeing with...