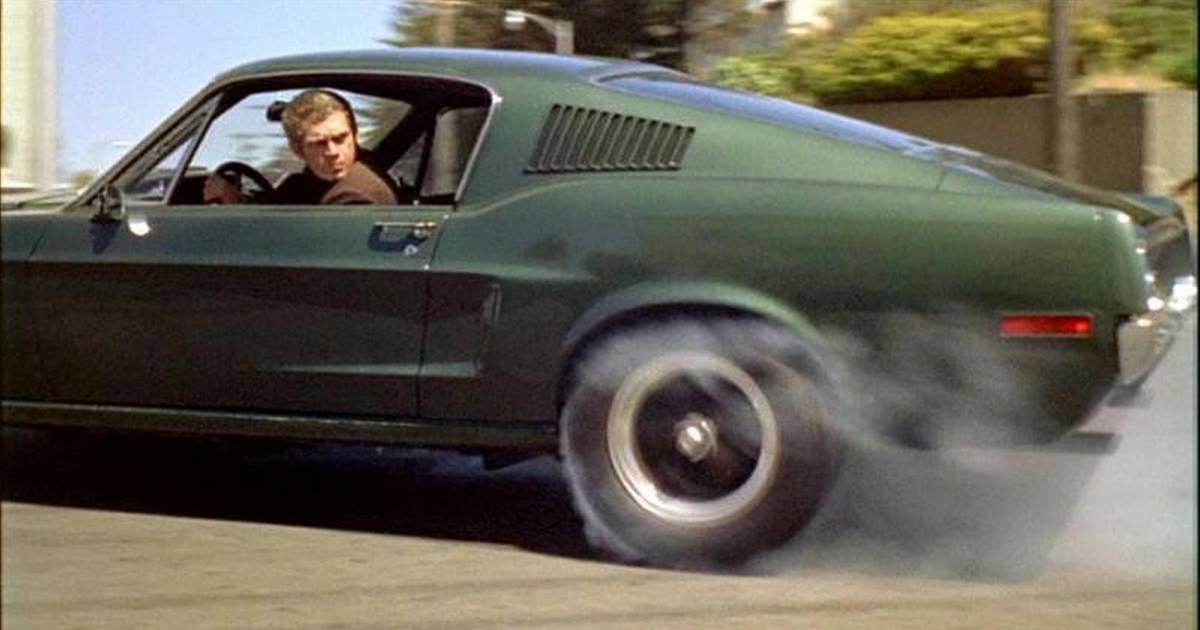 Bullitt, a crime/action movie, was first released fifty years ago today. Starring Steve McQueen and Robert Vaughn, it’s far more intelligent than you might expect, and it has become a cinema classic.

Just in case you need a refresher, Police lieutenant Frank Bullitt (McQueen) is asked by politician Walter Chalmers (Vaughn) to guard a mobster until a Senate hearing into organized crime, where the man will give evidence. When assassins attack the hotel where the witness is hiding and Chalmers blames Bullitt’s team, Bullitt investigates to find out what has gone wrong. 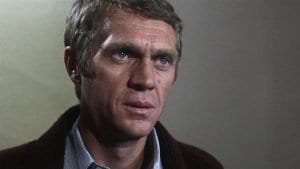 It really strikes me was how believable this film is. When it comes to action these days, we tend to be suspending our disbelief and watching a series of highly improbable car chases, gun or fist fights, and explosions. You will not find any of that here. From the very start of the film we are watching tight, believable action. The hero mostly keeps his gun holstered, there is only one car chase, and we instead watch some very believable police work as the protagonist and his partner investigate the events and piece together what is really going on.

For example, there is a scene where the taxi driver who the mobster used when first arriving in San Francisco (played by Robert De Niro), drives Bullitt to the same places. This is how Bullitt finds out that there is a possible witness. The politician, meanwhile, uses a combination of bribery and threats on the people above Bullitt to try to keep tabs on him and find out what he’s up to. It’s all realistic, using great logic and deduction. All the way to the finale, we believe this story could happen. More importantly, the action absorbs us. It’s laid out for us like a jigsaw puzzle, which we put together along with Bullitt. 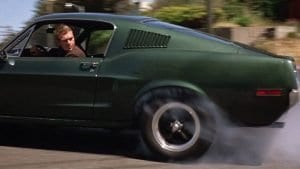 If you’ve seen this already, you may be aware that the car chase in Bullitt is considered one of the best in cinema history. It starts very low-key, as the assassins start to follow Bullitt, hoping he will lead them to the mobster. Shortly the assassins lose Bullitt, only to find that he’s spotted them and has managed to come up behind them. The filming of this sequence is fantastic. The director opts for long takes of each car and intersperses shots of the interior of the cars. As the criminals become increasingly worried, the chase, which started out sedately, becomes faster and faster. (We see them fastening their seat belts before they speed up!)

In the San Francisco area (where this film is set), cars driving at speed encounter the steep roads of the area, leading to the continuous thumping of the vehicles as they go over hills and come down hard on the road, no doubt doing horrendous damage. The criminals fire at the hero only at the end of the chase, and the entire nine minutes of this chase sequence is without dialogue or incidental music. This entire sequence is thick with tension. 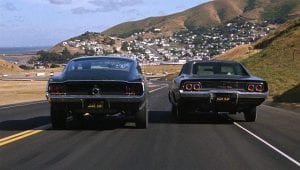 The scripting of this film is beautifully minimalist, and it is not afraid of silence. Bullitt himself is a man of few words. When confronted by obnoxious people (such as Chalmers) he doesn’t engage at all. Rather, he just gets on with what he’s doing. To a character like Chalmers who is extremely self-important, this is very aggravating. Conversations between the policemen are very to the point, keeping focused on their work. Body language often speaks loudest in this film. For example, in the car chase sequence, we see the interior of the criminals’ car several times. However they don’t talk to each other. We see their escalating worry through facial expression, body tension, and the gunman eventually getting out his shotgun towards the end.

Actually, I love these guys. So often in film assassins are depicted as flashy and egotistical, with elaborate weapons while mouthing off a lot. Not these fellas. They are ordinary, nondescript. They would not stand out in a crowd. The weapon of choice is a shotgun, nothing fancy. They do not look to create more bodies than necessary (hence the wounding of the policeman at the hotel, who they could have easily killed). They are older men, very experienced and professional, and taciturn. We can believe these men would be successful killers.

Great Acting All Around

The oily Chalmers was superbly played by Robert Vaughn, who said later that this film was his personal favorite. This man is all about power and prestige. He butters up people by telling them that helping him will be ‘good for their career’. When that doesn’t work, he moves to threats about ruining careers and blackening names. We find ourselves really hating this guy, and so the actor has been successful. McQueen, often referred to as the ‘king of cool’, was ideally suited to the role of Bullitt. He embodied the focus, professionalism, and dedication of the main character.

They are ably supported by an excellent supporting cast. Jacqueline Bisset, playing Bullitt’s girlfriend Cathy, unfortunately has the same problem faced by many female actors playing the ‘love interest’, not enough to do. However she does have a moment in a scene where she sees a murder victim when she follows Bullitt into a hotel. She is very convincing in the shock and distress she feels. 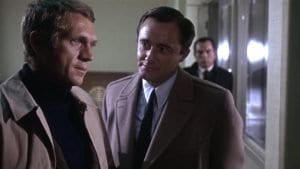 So in my opinion, this is a truly excellent film, for fans of action, thriller, and police-procedural film. It’s better than many of this genre you would see today. If you haven’t seen it, watch it! 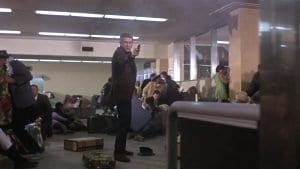 Thank you for reading! What are you thoughts on Bullitt? Comment down below!

Well, let’s play cast the re-make. Gosling as Bullitt? Or should we gender-morph?