A Decade Since ‘No Strings Attached’ and ‘Friends with Benefits’: A Look Back on the Thirstiest of Twin Films 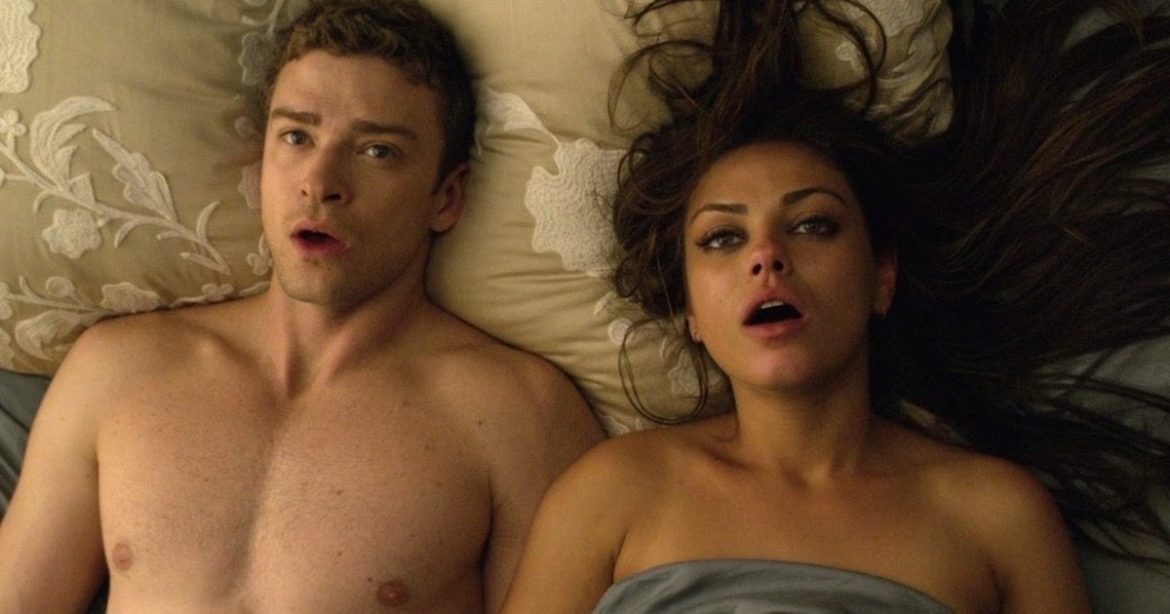 The film industry is renowned for being risk-averse. Slews of sequels, live-action remakes, and established property adaptions dominate release slates every year. There’s an understandable eagerness of studios to churn out bankable films, especially when most Marvel outings flirt with or surpass the billion-dollar mark and it’s easier to convince a fanbase to return to an installment than convince them to take a chance on something unfamiliar.

The more perplexing realizations of Hollywood’s cautiousness are ‘twin films’. This is when two films are released, often just months apart, which have similar or almost identical plots.

Tell Me If You’ve Heard This One Before

There’s a lengthy Wikipedia page dedicated to the phenomenon, with notable examples of films with similar stories being released closely together including Finding Nemo and Shark Tale (animated films set under the sea which came out in 2003 and 2004 respectively), Top Gun and Iron Eagle (fighter pilot films that came out in 1986) and Deep Impact and Armageddon (doomsday epics from 1998). Sometimes the ‘twinning’ goes further and films released about the same event (United 93 and Flight 93 from 2006) or the same person (The Zodiac and Zodiac from 2006 and 2007 respectively) are released around the same time.

Scripts often bounce from studio to studio, so there’s always some understanding of what is being produced elsewhere. To avoid missing out on capitalizing on a potentially profitable concept and pip the other studio’s ‘twin’ to the post, films are often rushed through to avoid audience fatigue setting in. How many people, for example, are dying to watch two films about Truman Capote in the same year? Apparently, not that many. Twin films often don’t perform equally well, critically and financially. The aforementioned films about Truman Capote, released in 2005 and 2006, had vastly differing successes. Capote was an Oscar-nominated hit, whereas Infamous bombed and disappeared from any awards chatter fairly quickly.

One of the starriest sets of film twins turns 10 this year. No Strings Attached and Friends with Benefits were released in 2011 and each follows a pair of friends who start hooking up and attempt to keep their relationship casual. Rather than a passing resemblance, these twins are almost fully identical. The human equivalent would be one twin being half an inch shorter. Both films capitalized on their famous lead actors, mined most of the comedy from kooky best friends, and currently have the same blue hues in their Netflix cover artwork.

No Strings Attached follows Emma (Natalie Portman) and Adam (Ashton Kutcher) who first meet as teenagers and then again years later as adults. They decide to enter into a casual relationship, where they have sex without developing feelings for one another. Free from jealousy and commitment, their setup seems ideal. She’s too busy for romance and he’s on the rebound. If it sounds familiar, that’s because it is. The film’s only differentiator from other 2000s romantic comedies is the ever-increasingly elaborate ways they carry out their trysts. It faired okay at the box office but received pretty lukewarm reviews at best, to a panning at worst.

Friends with Benefits has an almost identical through-line. Jamie (Mila Kunis) is a head-hunter who recruits Dylan (Justin Timberlake) for a role in New York. Jamie acts as a tour guide and they quickly form a friendship and bond over flash mobs and how horny they both are. Lightbulb moment — they realize they’re attracted to each other, but as neither of them wants a relationship, they decide to keep their relationship purely based around sex. The twinning with No Strings Attached extends past the plot and into the almost identical box office (around the $150 million mark) and Ashton Kutcher and Mila Kunis later bonding over their respective racy comedies, getting married, and having children.

Where both No Strings Attached and Friends with Benefits struggle is when it comes to having any confidence in their premise that casual sex with someone you respect doesn’t have to lead to a relationship. Both films end with their leads committing to exploring a conventional, committed relationship with each other, which ends up feeling like they didn’t have any faith in the progressive ideas they were initially presenting.

There’s a distinct lack of creativity with addressing the quandary of ‘how do you have a romantic comedy without the romance?’. Instead of exploring this in any meaningful way, both films quickly resolve the problem with the ‘happy ending’ they’d spent the first three-quarters of the film being snide about.

A decade later, it’s a bit clearer why there was a rush to produce and flog sex comedies, with bankable leads. The late 2000s were packed with comedies that leaned heavily on humor about sex and/or unconventional relationships like The 40-Year-Old Virgin, Knocked Up, and Superbad. Meanwhile, the romantic comedy had somewhat of a renaissance with Kate Hudson and Katherine Heigl leading the charge in films like How to Lose a Guy in Ten Days and 27 Dresses. It doesn’t seem like too far a leap to think that combining crude sex jokes with beautiful people falling for each other would equate to box office gold.

Both films also came out not long after the 2008 recession; a time that caused more people in their twenties to reject the idea of growing up and settling down, with romantic comedies keen to reflect that. It didn’t take long for other industries to latch onto the shift in relationship ideals, including the TV industry with shows like Girls and The Bold Type exploring dating and delayed adulthood. The tech industry followed when the change in relationship expectations led to the dating app boom of the early-2010’s. Tinder and Hinge were launched the year after both films were released.

During a time of huge uncertainty for the film industry, where big releases are continuously having their release dates pushed back, or bypassing cinemas altogether, there’s likely not going to be any let-up in the twin film phenomenon. Indeed, we’ve already seen it with a few films coming out in the last few months about the COVID-19 pandemic (Songbird, Locked Down, and others); billings we didn’t ask for and probably, right now, don’t need. Some similarities are too close for comfort.

Thank you for reading! What are your thoughts on No Strings Attached and Friends with Benefits? Comment down below!

[…] see their star couple eventually fall into a standard, monogamous relationship. However, it’s a documented phenomenon of films with similar plots being released within a very close timeframe.Since the novel that […]

[…] their star couple ultimately fall into a typical, monogamous relationship. Nonetheless, it’s a documented phenomenon of movies with related plots being launched inside a really shut […]

[…] see their star couple eventually fall into a standard, monogamous relationship. However, it’s a documented phenomenon of films with similar plots being released within a very close […]

[…] their star couple eventually fall into a standard, monogamous relationship. However, it’s a documented phenomenon of films with similar plots being released within a very close […]

[…] celebrity pair ultimately fall under a requirement, virginal partnership. Nonetheless, it’s a recorded sensation of movies with comparable stories being launched within an extremely close […]

Is Ashton Kutcher the only actor to do two twin films? He had that Steve Jobs one at the same time as Michael Fassbinder’s take on him.