Film Review – The Nutcracker and the Four Realms (2018) 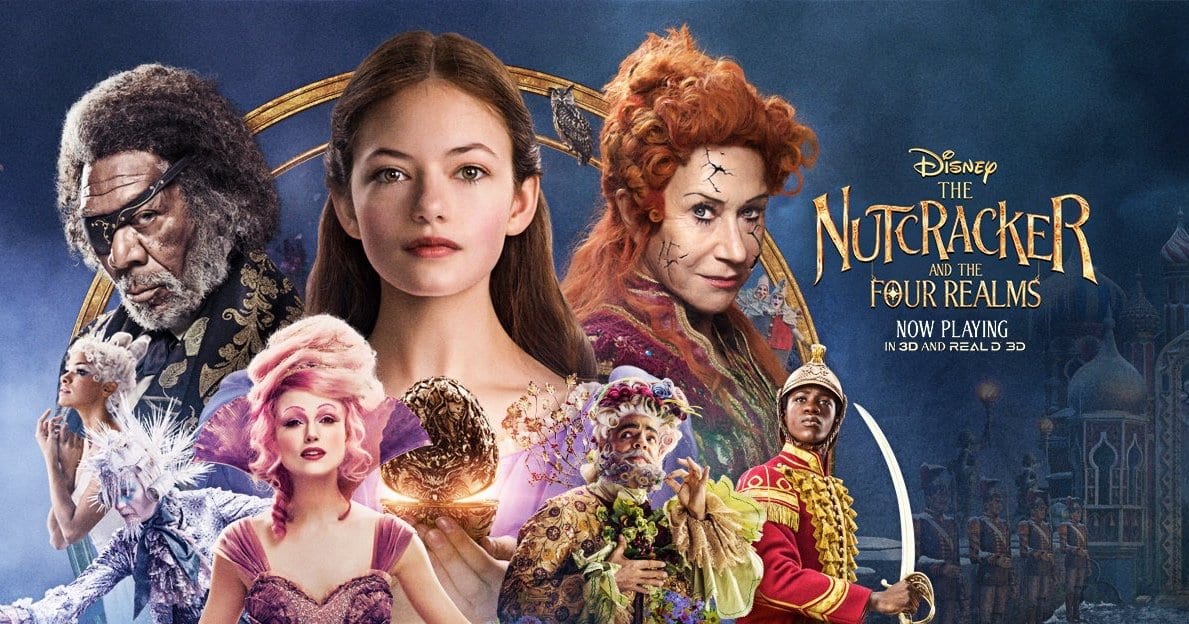 I’ve always had a soft spot for Tchaikovsky’s perennial ballet The Nutcracker. This is mainly due to my introduction through Disney’s Fantasia, one of my favorite movies of all time. So when Disney announced they would be attempting their own spin on the story, I tried to keep my expectations in check. The Nutcracker has been previously adapted countless times in a multitude of media. Each retelling, no matter how bizarre, manages to bring something original to the fable. Yet the trailers played it up as another generic fantasy romp in the vein of Tim Burton’s Alice in Wonderland. Is The Nutcracker and the Four Realms too hard a nut for Disney to crack? Let’s find out.

The Stahlbaum family are coping with the passing of their mother when daughter Clara (Foy) receives a posthumous gift — a mysterious locked box but no key. Her eccentric godfather Drosselmeyer (Freeman) sends her on a search for the key at his Christmas party, which leads her to the enchanted Four Realms. Guided by the Sugarplum Fairy (Knightley) and a Nutcracker soldier (Knight), Clara must solve the mystery of her mother’s past to find what her future holds.

It’s impossible to delve into any version of The Nutcracker without mentioning its infamous score. James Newton Howard beautifully adapts Tchaikovsky’s music and makes it his own. Not since George Bruns’ sumptuous re-orchestration of Sleeping Beauty has classical music been so well-suited for the screen. Truly this is my favorite work I’ve heard from Howard in years.

The ballet plays such an large role in the identity of The Nutcracker that Hallström makes the brilliant decision of incorporating it within the film itself. A “show within a show” dance sequence deftly reveals exposition while paying homage to The Nutcracker’s classical roots. It’s the one scene where prima ballerina Misty Copeland takes center stage, and she steals the spotlight. 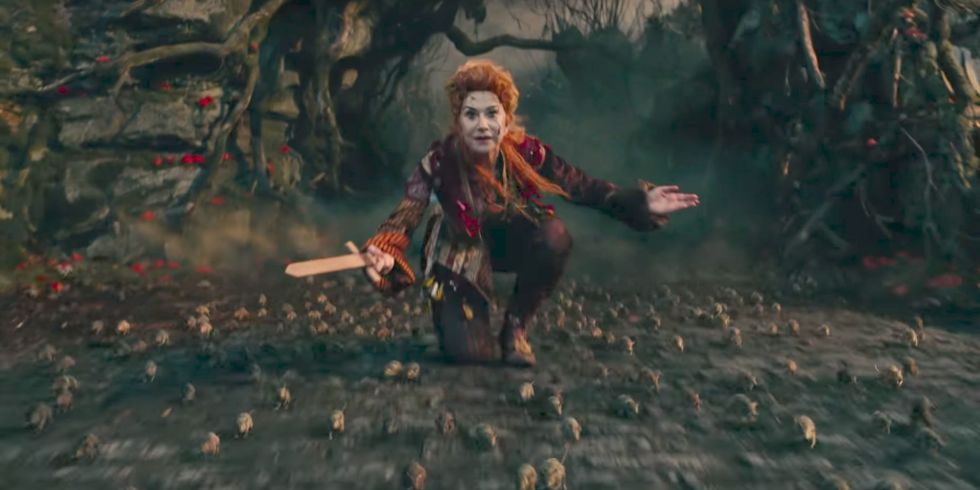 Not Your Ballet School’s Nutcracker

If you’re expecting another Nutcracker featuring cursed princes and murderous mice, you’ve got another thing coming. In some ways, this is an in-name-only adaptation. Instead of being an enchanted toy, the Nutcracker already exists in the Four Realms. Clara’s arc is a blend of the hero’s journey and a coping-with-loss tale. The one element plucked from E.T.A. Hoffman’s original story are the Realms themselves; instead of the Land of Sweets anyone familiar with the ballet is used to, we’re treated to lands of flowers and snowflakes guarded by an unrecognizable Richard E. Grant and Eugenio Derbez.

On the other hand, familiar characters are enormously expanded. Playful Mother Ginger (Mirren), a minor character in the ballet’s second act, is upgraded to the role of villain. She even overshadows the traditional Nutcracker baddie, the Mouse King, now a terrifying swarm of sentient mice. Knightley’s Sugarplum Fairy is an entertainingly bizarre mix of Hunger Games‘ Effie Trinket and Cinderella’s Fairy Godmother. The worlds they inhabit are gorgeous to behold; this movie has some of the best mix of CGI and genuine sets since the Chronicles of Narnia films. 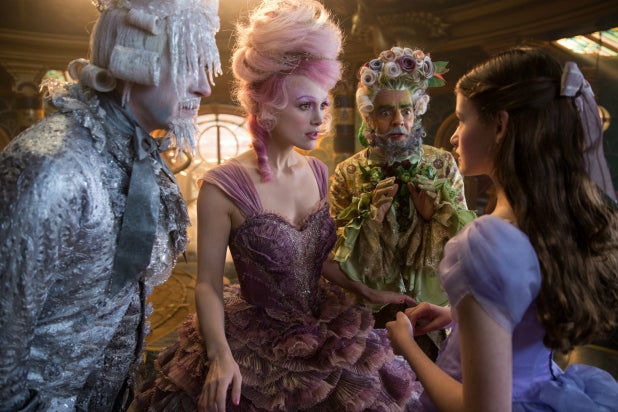 A (Too) Swiftly Paced Dance

I expected this journey to last a typical an hour-forty five minutes to two hours. Imagine my shock when I noticed ninety minutes passed before the end credits roll. I was later informed after my screening that there were scenes cut out of the film due to reshoots. Whatever character development or world lore lost during Johnston’s reshoots is palpable. Clara at her lowest goes from lamenting her powerlessness to declaring she can save the day in a matter of minutes.

The Nutcracker himself feels more like an ancillary character in his own movie. At one point he rouses Clara’s spirits with a speech about how he went from blindly following orders to thinking for himself after meeting her. There could — and should — have been more scenes establishing that. Tragically, the movie is in such a rush to tell its story that it overlooks what should be one of its most important relationships. Here’s hoping these magical moments appear in the bonus features of the eventual home video release of The Nutcracker and the Four Realms.

A Sweet, Not Too Hollow Center

For all its pacing problems, Nutcracker succeeds at what a good Disney movie does best — finding emotional resonance. The film establishes early on that Clara would rather bury herself in her inventions than show a stiff upper lip like her father in public when dealing with the loss of her mother. The clash between their two differing coping methods carries into the Four Realms and winds up providing the backbone of the main conflict. The themes of abandonment and grief don’t overwhelm The Nutcracker and the Four Realms but give nice heft to what would otherwise be an average whimsical adventure. This streak of sincerity makes up for some dialogue shoehorned where a single wordless shot already says so much.

I’m more than a bit shocked as to how this simple Nutcracker story has been garnering a negative response. Frankly it has the makings of a new Christmas favorite, or at least a holiday cult classic. Give it time and this could even be the yuletide Hocus Pocus. I wouldn’t say The Nutcracker and the Four Realms is the best adaptation of the traditional story, but its creativity and attempts at genuine emotional connectivity save it from being another soulless live-action cash grab. Thanks for reading!  What are your thoughts on The Nutcracker and the Four Realms?  Comment down below!

To me, I was disappointed with the movie. The film’s visuals were quite impressive, but everything was so rushed in its pacing that it was hard to care about the characters and the story unfolding.

I like your style of review, giving both positive and negative information – indicating a rating that I can wrap my head around (since the 5-star rating system is pointless now). I’m gonna watch this one for sure… ☺

This film will be my introduction to the Nutcracker story.