In his 1,000th film about getting old, Morgan Freeman is back in a buddy comedy of sorts with another renowned actor, Tommy Lee Jones.  Together, the two star in Just Getting Started, a film from which you should stay far, far away.  The following review will be spoiler free. 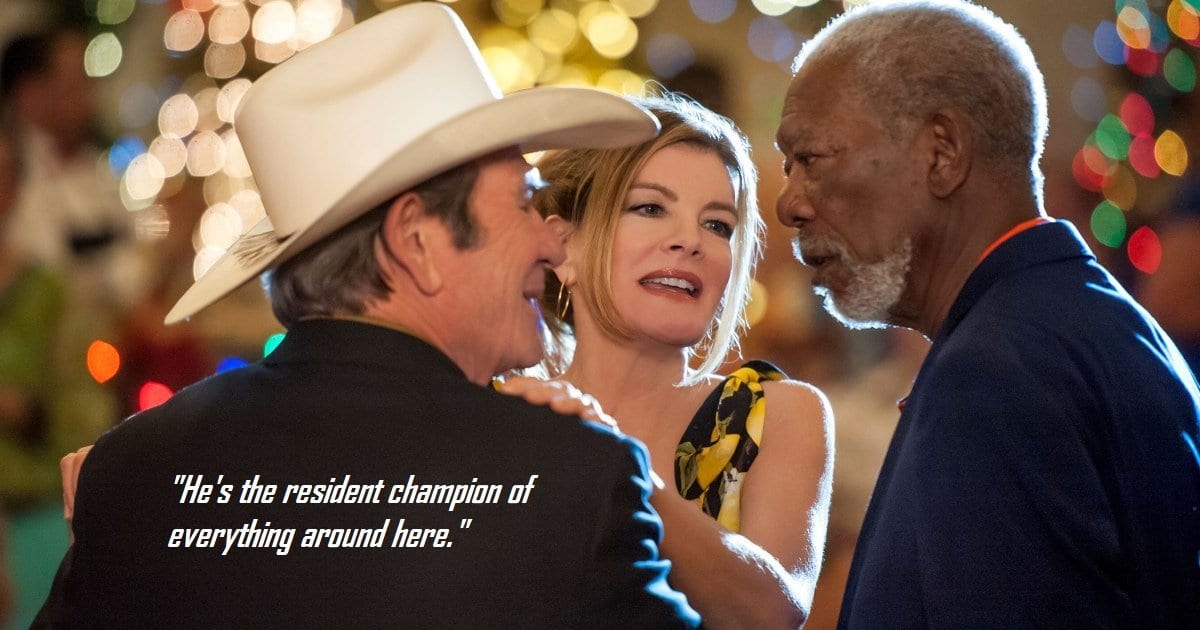 Duke Diver (Freeman) is the man around the Villa Capri community in Palm Springs.  The women love him, the men love him, and he loves everything about the place he calls home.  However, Leo (Jones), a hot-shot, elderly man with seemingly every talent in the world comes to town and starts to mess with his mojo, causing a rivalry between the two.  But, when Duke’s cover as part of the witness protection agency is discovered, he must forget his riff and pair up with Leo in order to avoid his demise.

By now, it appears that Morgan Freeman is coasting off of being old in movies.  Here’s a running tally of the films Freeman has acted in that circle around being elderly in some capacity:

And now, we arrive at Just Getting Started.

Freeman certainly keeps himself busy, working as an actor for hire.  That fact should never receive disparaging remarks.  After all, it’s tough to get work at all in Hollywood.

Yet, no matter how poor the movie, Freeman always comes away unscathed.  That’s what years of built-up goodwill in Hollywood will do for you.  At this point, Morgan Freeman can do basically whatever he wants.  And honestly, he probably deserves too.  There’s something about that smooth voice that just melts your heart away.  If one of the most hallowed actors ever wants to enjoy himself during his golden years in the business, who are we to judge? Morgan Freeman and Tommy Lee Jones are Enjoying Their Vacation

As to one would expect in a film such as this one, Morgan Freeman and Tommy Lee Jones are enjoying themselves on a little extended trip to Palm Springs.  They get to play some golf, poker, and even go to a few Christmas parties.  What a great trip!

Freeman and Jones are so likable in their seperate ways that they come out of Just Getting Started unscathed.  If you’ve liked them in movies in the past, odds are that you might find a few chuckles some way or another.  Tommy Lee Jones is the straight-man to all the comedy in typical fashion.  Supposed “funny” moments occur only to have Jones undercut them with a straight-faced snarl or retort.

Freeman is Freeman.  You know what that entails by now.

The pair crack a smile as they move to one of the three sets in this lazy flick.  Given their tenure and history, it’s probably more fair to blame director Ron Shelton for such bland dialogue and scene structure. Forgettable comedies are forgiveable.  Sometimes, jokes just don’t work as scripted when put in action.  But, where everyone should draw the line is when a film becomes lazy.

Ron Shelton has directed some lovely films in his career.  Movies like Bull Durham and Tin Cup are still enjoyed by a lot of people.  However, from literally the first few frames of Just Getting Started, you can tell that he didn’t bring his A-game.

Scratch that, he didn’t even bring his D-game.

Frankly, this film doesn’t have a plot.  We are left to watch Freeman and Jones attempt to one-up each other for the majority of the film in a relationship that wavers from pleasant to nasty whenever the film needs faux conflict.  It isn’t until the last ten minutes of the film where an actual story with some semblance of stakes comes into play.  Then, that piece of this forever-scattered puzzle is resolved in about three minutes.

To make matters even worse, the film tries to add some connective tissue throughout the movie by including Jane Seymour overacting and talking on the phone without ever directly conversing with someone onscreen, making the entire attempt feel useless since she never interacts with anyone else in the movie.

Also, did I mention that her scenes are lower quality than a low-budget YouTube video?  Because they are!

Just Getting Started has a reported budget of about $22 million.  By my account, all of that money must’ve have gone to the actors’ salaries because it certainly didn’t go into the filmmaking.  About 35% of the dialogue in this movie is via ADR.  100% of that 35% is painfully noticeable.  On one occasion, Freeman says a line of dialogue without moving his mouth as he turns away.  A bit of blood splatter even looks like a cheap digital affect that anyone could copy and paste from a generic computer program.  The score even feels like it was slapped together in five minutes.

Movies are very, very difficult to make, and I hate to harp on deficiences in a film to the point that it would embarrass a member of the crew if they happened to stumble across this review.  After all, all movie sets are full of people just trying to make a living.  But, when a film uses completely wrong sound effects and contains shots that are out of focus, what else am I suppose to say? 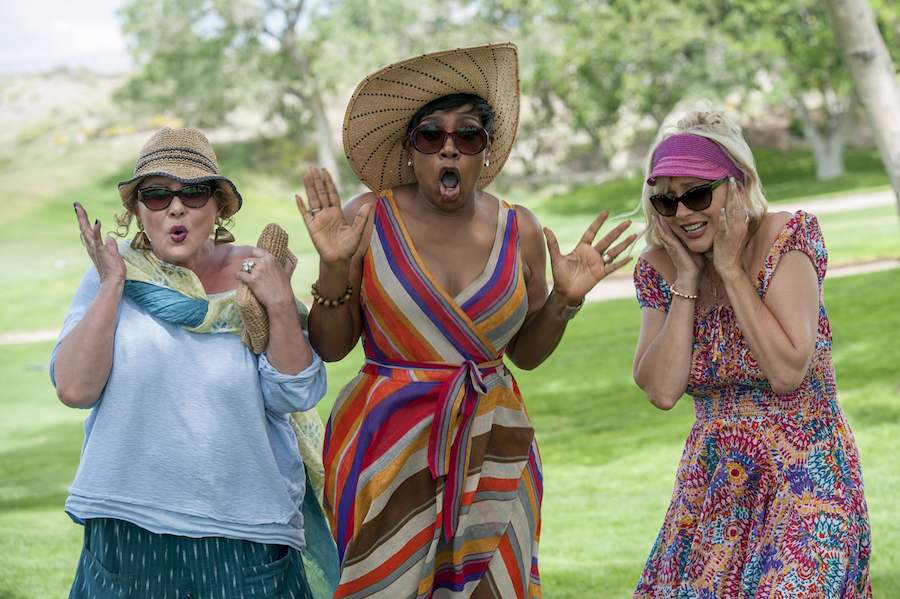 Just Getting Started is one of those films where it’s just obvious that everyone involved is in it for the paycheck.  Freeman and Jones revert to their usual antics that we’ve all seen for years.  Rene Russo appeared to fall asleep from time to time.  Well-known actors in supporting roles are clearly there just to say a few lines and leave.  There’s no life to this comedy.  Hell, I only remember Freeman’s character’s name because of its shear ridiculousness.  How could you not remember Duke Diver?

This film should be so lucky to be called a comedy.  It gets an F.

It’s awards season, meaning that plenty of great movies are in theaters.  Do yourself a favor and see one of those instead.

image via The Cinema

Thanks for reading!  What are your thoughts on Just Getting Started?  Comment down below!

If you you enjoyed this article, subscribe to MovieBabble via email to stay up to date on the latest content.

It truly is! Stay away at all costs!

I was going to watch this trash too…