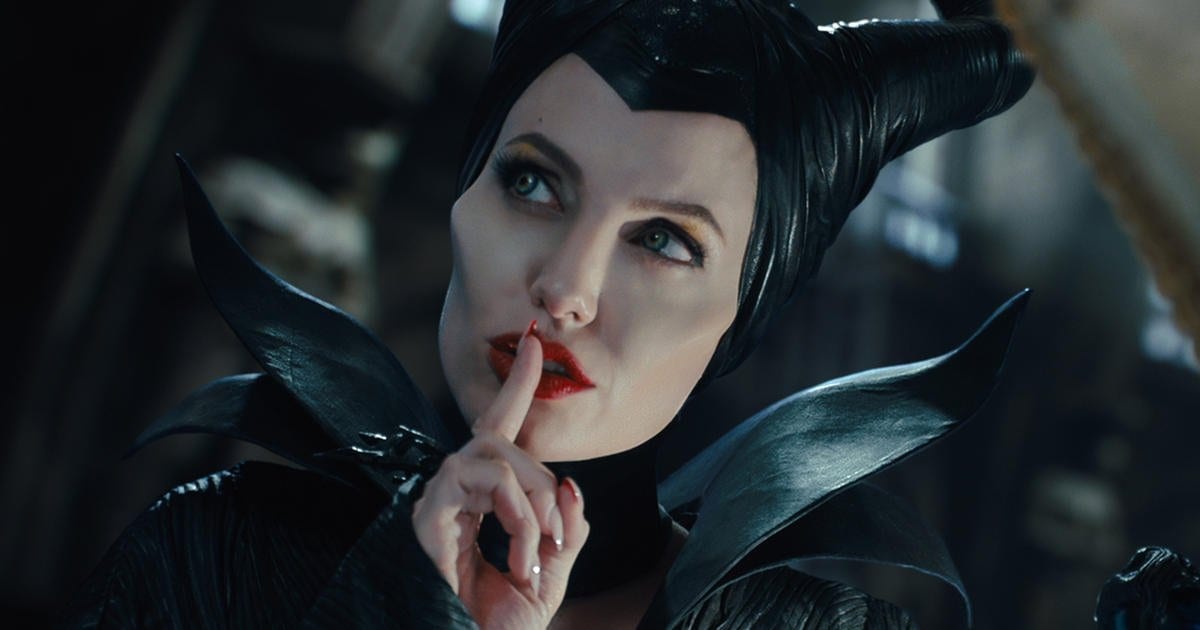 Whether you love it or not, Disney’s been on a roll with their latest formula. Take a beloved movie from the past, and give it a star-studded, real world, modern update. They’re not the first studio to do that; hell, Universal’s giving us another take on Halloween this October. What few remember is that Disney’s attempts to overhaul familiar stories date as far back as the 90’s. While also hit and miss, they’re just as worthy of discussion as these latest re-imaginings. With the release of Mary Poppins Returns‘ latest trailer, it’s about time someone did a proper ranking of every one out so far. So join us for a two-part look at how all of Disney’s live-action remakes to see how they measure up.

Maleficent is by far one of Disney’s most iconic, refined, and terrifying villains. So a film surrounding the self-proclaimed Mistress of All Evil and her origin story should be amazing, right? Unfortunately, the answer is no. Instead of a tragic fall from grace or an intense character study, we get a poorly paced Wicked knockoff bloated with CGI, a frustrating lack of character comprehension from the original film (never have I wanted to punch the screen so hard on seeing the wise good fairies turned into The Three Stooges), some highly disconcerting rape subtext, and acting so wooden it makes Pinocchio look like a real boy by comparison.

Also, I’m fairly certain that this is the movie that convinced legendary makeup artist Rick Baker to enter retirement. Don’t believe me? Then why was he relegated to shaping Angelina Jolie’s cheekbones instead of creating unique and scary fairytale creatures? The fact that we’re getting a sequel to this makes me fear for my favorite villain’s reputation. In her own words, this is “a disgrace to the forces of evil.”

The one that began this current live-action remake trend, and would have started this list had it not been for Maleficent. Tim Burton gets flack for his unoriginal take on the Lewis Carroll classic, but he’s not entirely to blame. He only did it so he could remake his 80’s short Frankenweenie into a stop-motion animated film. Thanks to Oscar-nominated screenwriter Linda Woolverton, a family-friendly journey down the rabbit hole is now a bleak, fill-in-the-blanks hero’s journey; the usually precocious child Alice is now a woman who gradually transforms into a “Strong Female Character” to save Wonderland.

Woolverton’s under the unfortunate shared assumption that a progressive woman constantly swings a sword while declaring she needs no man. Aggravatingly, this is long after she wrote Beauty and the Beast; need I remind you, Belle never fell into this flat stereotype. Seeing how she also co-wrote Maleficent, I’m sensing an unfortunate pattern in how she attempts to create compelling women protagonists.

The performances from Johnny Depp and Helena Bonham Carter are memorable for all the wrong reasons; they’re never sure when to be subtle or over-the-top, and they’re unpleasant to watch. It’s difficult to ignore the reliance on green screens, or the complete misunderstanding of the source material. Add the depressing fact this is one of Michael Gough, Christopher Lee and Alan Rickman’s last films, and you get a messy spectacle that sets the stage for rest of the live-action remakes.

Talk about wasted potential. The Oz stories (yes, there’s more than one) provide endless amounts of world lore and fascinating characters to build on. And I don’t care what anyone says, I will never stop defending Return To Oz as a great sequel. With the terrifying, fun and inventive Sam Raimi directing this trip down the yellow brick road, what could go wrong?

Never have I seen such a pair of miscast leads. Franco stumbles through the title role in a stoned, detached haze. Kunis suffers the most as the idiotic love interest, especially when (SPOILER ALERT!) she transforms into the Wicked Witch of the West. No one can buy her under all that sneering and green makeup for a second. Apart from espousing the idea that a woman scorned will immediately turn evil (which was just as poorly utilized in Maleficent), we get another basic Joseph Campbell journey as predictable as the ones that came before it.

I’ll give it this, the visuals are more colorful and reminiscent of the Oz we know compared to dour Wonderland. There’s some genuinely likable side characters including a vulnerable china doll and Zach Braff’s chatty winged monkey. And let’s not forget an always appreciated cameo by Bruce Campbell.

The follow-up to 2010’s Alice is an enigma in terms of these remakes; an improvement and a step backwards. In theory, time travel in Wonderland should make this an inventive take on the literary Through The Looking Glass. Casting Sacha Baron Cohen as the deliciously hammy personification of Time itself cements that. Alas, the film’s potential is nowhere near as realized as it could have been.

Once again, Alice must prove her worth to her narrow-minded male peers. This time that aspect has even less to do with Wonderland, or anything in the plot for that matter. Foregoing all common sense, even for a place like Wonderland, Alice nearly destroys the universe to rescue the Mad Hatter’s  family — not because it’s a life or death situation or they held the secret to some deus ex machina, but because the Mad Hatter was feeling a little sad. That’s it. Keep telling yourself that as the characters erase themselves from existence during the climax.

To its credit, they feature a handful of characters and moments from the book. This alone makes it a more faithful adaptation than its predecessor, but not by much. How you’ll feel about the retcons made via Alice’s recklessness depend on your feelings towards the first film. Either way, I appreciate that they put some effort into this sequel instead of repeating the same story as before. And speaking of…

If you want an example of how much of a crapshoot these remakes can be, look no further. If you change too much, you risk alienating fans. But change too little and you might as well stay home and watch the original. Last year’s retelling leaned more towards the latter, which makes sense considering the writers previously penned The Jungle Book 2. You could say they have experience in recycling stories wholesale.

When the film isn’t retreading familiar songs, it undergoes some bizarre attempts to fix “plot holes” from its animated counterpart. Ever wanted to know why the angry mob has no idea about the castle’s existence? No? What about Belle’s mother and why she wasn’t in the movie? Or what the Enchantress was doing that whole time between the curse and its end? Or that pointless teleportation book? Let’s not forget the subplot about Belle trying to be an inventor which dropped faster than an enchanted rose petal. Well, now you know, and they don’t enhance the experience as much as the film thinks it does. It only raises more questions and pads everything out until they reach the next showtune.

On that note, the new songs by returning composer Alan Menken don’t compare to the originals. They’re in there to score some potential Oscar nods; but at least they are nice to listen to. Personally I would have preferred the ones created for the Broadway show. They even have the gall to tease one in the score.

As for the controversy over Gaston’s lackey LeFou coming out of the closet, well, I don’t mind it at all. In fact, his character arc is one of the very, very few things this has over the original. How many times outside of Venture Bros. have we seen a one-note lackey gain a personality and conscience? His time onscreen with Luke Evan’s Gaston make for the best parts of an otherwise underwhelming retelling.

Ah, now we arrive at nostalgic territory. I’m not ashamed to admit I preferred watching this as a child over its animated predecessor. It comes slightly closer to recapturing the mystery and magic of Rudyard Kipling’s novel. Real animals portray Mowgli’s allies and enemies to great effect. Jason Scott Lee gives an engaging performance as a grown-up nearly mute adult Mowgli readjusting to civilization.

Of course, what they say about the plot is true. It has very little to do with the original story. There’s great white hunters led by a conniving Cary Elwes, and a dull romantic partner who Mowgli recalls from childhood. You wouldn’t be wrong in complaining that this movie feels more akin to Disney’s Tarzan than its source material. Here’s the thing — it’s not so much a retelling of the Disney version as it is of the 1942 film. It hits nearly all the plot points from there, including non-speaking animals and greedy treasure hunters. And as far as a remake of that Jungle Book goes, it’s perfectly fine.

See you next week for Part 2!

Thank you for reading! What did you think about the live-action Disney remakes? Comment down below!

I’ve actually liked some of the foreign remakes a lot. For example both Beauty and the Beast and Cinderella were French made. Dark, dark! Love me some dark!

I don’t consider Oz: The Great and Powerful a remake as it’s not a remake of a Disney film, but rather a prequel to an MGM film and possibly based on the books.

I should take a day off to watch the original and then the remake.