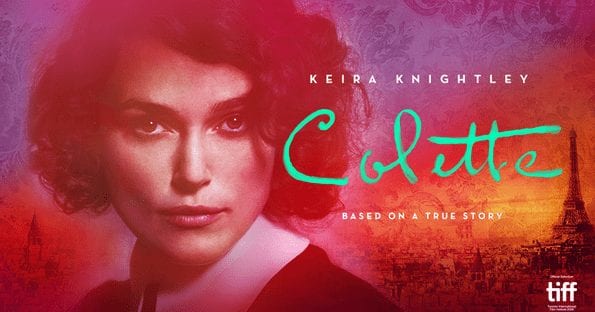 We’ve seen countless period dramas from Keira Knightley over the course of her career. From Pride and Prejudice to Anna Karenina to everything in between, some would say that her work is starting to blur together after all these years. But Colette signifies a welcomed changed from the formula, showing once again that Keira Knightley is one of the better talents working today while shedding light on a fascinating, true story that has a lot to say about gender roles and the meaning of love.

After moving to Paris, Sidonie-Gabrielle Colette (Knightley) agrees to ghostwrite a semi-autobiographical novel for her husband (West). Its success soon inspires her to fight for creative ownership and overcome the societal constraints of the early 20th century.

Keira Knightley has made a name for herself playing classic period drama heroines, from Pride and Prejudice to Atonement — along with her star-making role in the Pirates of the Caribbean franchise. I was eager to watch her latest feature, Colette, because I was thrilled at the new kind of period drama story being told, one that allows for diverging sexualities from the heteronormative norm. Colette combines many of my favorite draws in a film: feminism, queer relationships, aesthetics, and fashion.

Keira Knightley is as Good as Ever

Keira Knightley was born to play the role of Colette, a French novelist who challenged gender and social norms in the 20th century. We joke about how her penchant for roles in which she must wear a corset, but she did provide a fresh take on her typical period drama characterization.

The opening scene of Colette is one of the most beautiful I have witnessed. It is a picture of domestic tranquility, replete with soft sunlight peppering through lightly-colored curtains. The light falls upon a comfortable, warm bed — with a little cat at the foot of it. The shot follows the snug blankets up to our protagonist. This film continued to whet my visual appetite throughout.

Colette is witty without being pretentious. The viewer knows she is the smartest person in any room she walks into, yet can’t resent her for it. Her “country girl charm” soothes us. Keira Knightley fell preternaturally into her gait — swanlike yet still with elements of duckling attributes.

The costuming was exquisite. Colette’s clothing choices set her apart from her compatriots poignantly. Even in the beginning, she prioritized her comfort over the current “fashions”, and displayed creativity in her patterns. It’s clear — she stands out.

Apart from the styling and the cinematography, the story of her waning relationship with her husband is not really stimulating. The viewer gets it: her husband is an egomaniac who keeps her under his thumb. It’s a boring storyline for the ages.

It is the writing that captivated me. The shots of Colette creating her novels were exceedingly beautiful: the ink smooth, the pages tender, the handwriting itself perfectly manicured. The French language added to its magic. Although this film is very much an English production — we’re even reminded by the “British Film Industry” logo in the opening credits — dominated by British actors and actresses, it takes great pains to show the writing in French (even with English voiceovers). Reading the French was fun, though, because I could test out my French vocabulary. 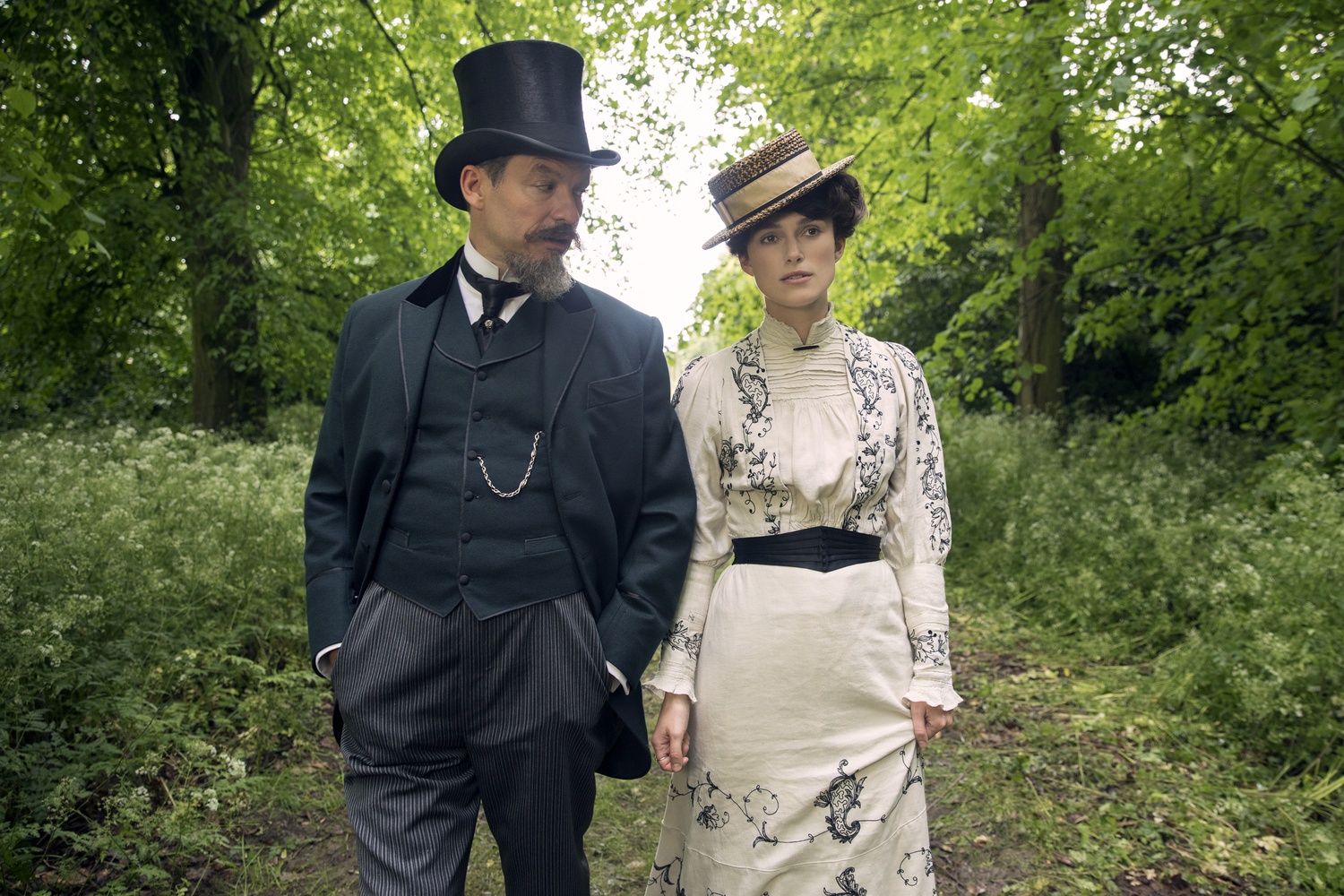 image via The Harvard Crimson

The exploration of Colette’s sexuality seemed almost facetious at first, but ameliorates as the film goes on. Her first female lover is the wealthy American Georgie, played by the dashing Eleanor Tomlinson (Poldark). It’s a complete joke (I, for one, could not get over Tomlinson’s jarring Louisiana accent), but the cuteness lies in the little, gentle moments I could get lost in. However, by the time Colette’s sexuality becomes fully realized, I am sated by the multilayered identity that unfolds.

Colette’s growth shows a style transformation — from ladies dresses, to melanges of shirts with ties plus skirts, to the final full gentleman suits. Knightley rocks every facet of this development winsomely.

I think something important to note is the careful tackling of the separation of creator and muse, particularly when a creator becomes the personification of their own muse. Colette’s journey to her fully-realized identity meant shedding her projected image to the world, and that was inspiring in and of itself. Her doppelganger, the bold Polaire (a self-possessed Aiysha Hart) is also quite entertaining and is a total scene-stealer. 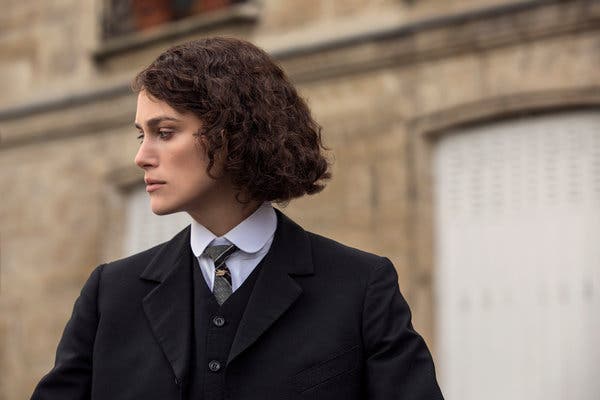 The actual plot fell short, and the story did not arrest me, but there were a few moments that were gems. In particular, a riveting monologue Keira Knightley delivers later in the film that is a breath of fresh air in an otherwise cloying script. And I would be remiss to not mention Colette’s wholesome relationship with her eventual long-term partner.

Colette is a grand film in artistry and celebrates fluidity in gender expression. The plot may be lacking, but it is an important story to see nonetheless.

Thank you for reading! What did you think about Colette? Comment down below!

I found myself wishing it were a French movie. Thought the French writing by people speaking English was odd. Overall I enjoyed it though. While the story of the boorish husband might be tired, Colette’s story isn’t.