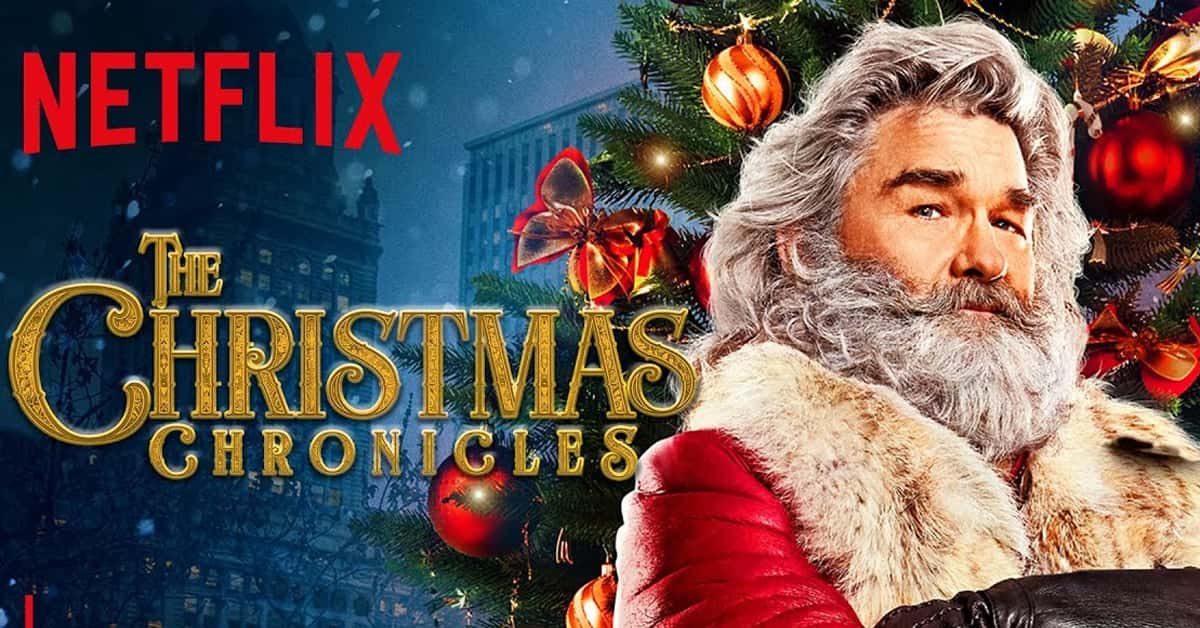 Now that we’ve emerged from our respective Thanksgiving food comas, and braved Black Friday, our brains shift over to the winter setting. As the Holiday season looms overhead, we are inundated with feel-good movies of the family variety, be they classic, or new. One such new holiday movie is Netflix’s original offering, The Christmas Chronicles. This one differs from most, in that it steers away when it approaches cliché — it is a Christmas movie that is very self-aware. This is a fresh take on the usual formula, and I don’t think you need to celebrate Christmas in order to appreciate that.

This movie starts with a literal chronicle of the Pierce family’s Christmases, via home video footage they’ve captured over the years. The video camera figures heavily into the plot, so telling the family’s history in this way is a good idea. The good choices keep coming as we venture into the heart of the story, which largely focuses on siblings Kate (Camp), and Teddy (Lewis). Through a tragedy that is revealed early on, Christmas spirit is lacking in the family in 2018, especially for Teddy. Younger sister Kate sets out to prove Santa Claus is real, and help Teddy make a U-turn from the not-so-great road he is headed down.

From story, to casting, effects, score, and the avoidance of (too much) schmaltz, The Christmas Chronicles gets a lot right. It may soon be added to the list of holiday films people sit down to watch every year.

Note: For some reason, its trailer makes this movie seem cheesier than it actually is. I suppose it was edited this way to draw in kids, who tend to prefer over-the-top moments (at least, mine does).

We don’t usually give “Produced by:” credits here on MovieBabble, but I feel it necessary to note Chris Columbus’ involvement. “From the people who brought you Harry Potter and the Sorcerer’s Stone, and Home Alone” is actually written above the title on most of the promotional material. People seem to associate Columbus’ productions with a sense of wonder and magic (and the air of “family-friendly”), which is likely why his presence is so hyped up here. For those curious, Michael Barnathan, and co-writer David Guggenheim, are the other producers credited.

I think this marketing tactic has been effective, as I’ve heard people referring to The Christmas Chronicles as “that new Chris Columbus movie.”

The Pierce family – image via IMDb

Simply put: The Christmas Chronicles nailed its casting. From Kurt Russell as Santa Claus, to the Pierce family, down to cameos, extras, and elf voices… everyone is effective in their roles. In any given film, there is usually at least one actor who makes you question their presence (and their choice of career). There is no one in this movie who brings down the quality.

The lead child actors (Camp and Lewis) are clearly experienced and talented, which is a rare thing in these types of films. There are usually some cringe-worthy moments with child actors, because they simply lack the experience of their older cast mates. Examples: Macaulay Culkin’s awkward eyebrow raising in Home Alone, or… pretty much every student at Hogwarts in the first Potter film.

Even though no one phoned it in here, Russell is still the clear standout. He portrays Santa as someone immensely magical, yes, but also very human. He only reveals the contents of his database of a brain on a need-to-know basis. This Santa isn’t a showboater, he’s just trying to get the job done. He is a wisecracking, annoyed, and (slightly) flawed version of the classic character, and it works. He also sings an Elvis song, because of course he does. He’s Kurt Russell.

There are some cameos you’ll get a kick out of, as well. I won’t say who or where (because, spoilers), but they are used quite effectively.

Humor for the Grown-Ups

This movie is actually quite funny. More so than I expected going in. There are times it reaches a little far for a joke, or goes a bit over-the-top, but the subtle moments are gold. Speaking of the humor, some of it is a tad mature. Not in a way most would call offensive, but rather a wink and nudge to the adults watching.

There are some jail scenes that feature… female characters you’d expect in a jail scene, if you get me. References to crime, and an occasional “Hell” utterance are found here and there. I would say this movie is fairly safe for family viewing, though, as the more adult themes will likely go over younger viewers’ heads. 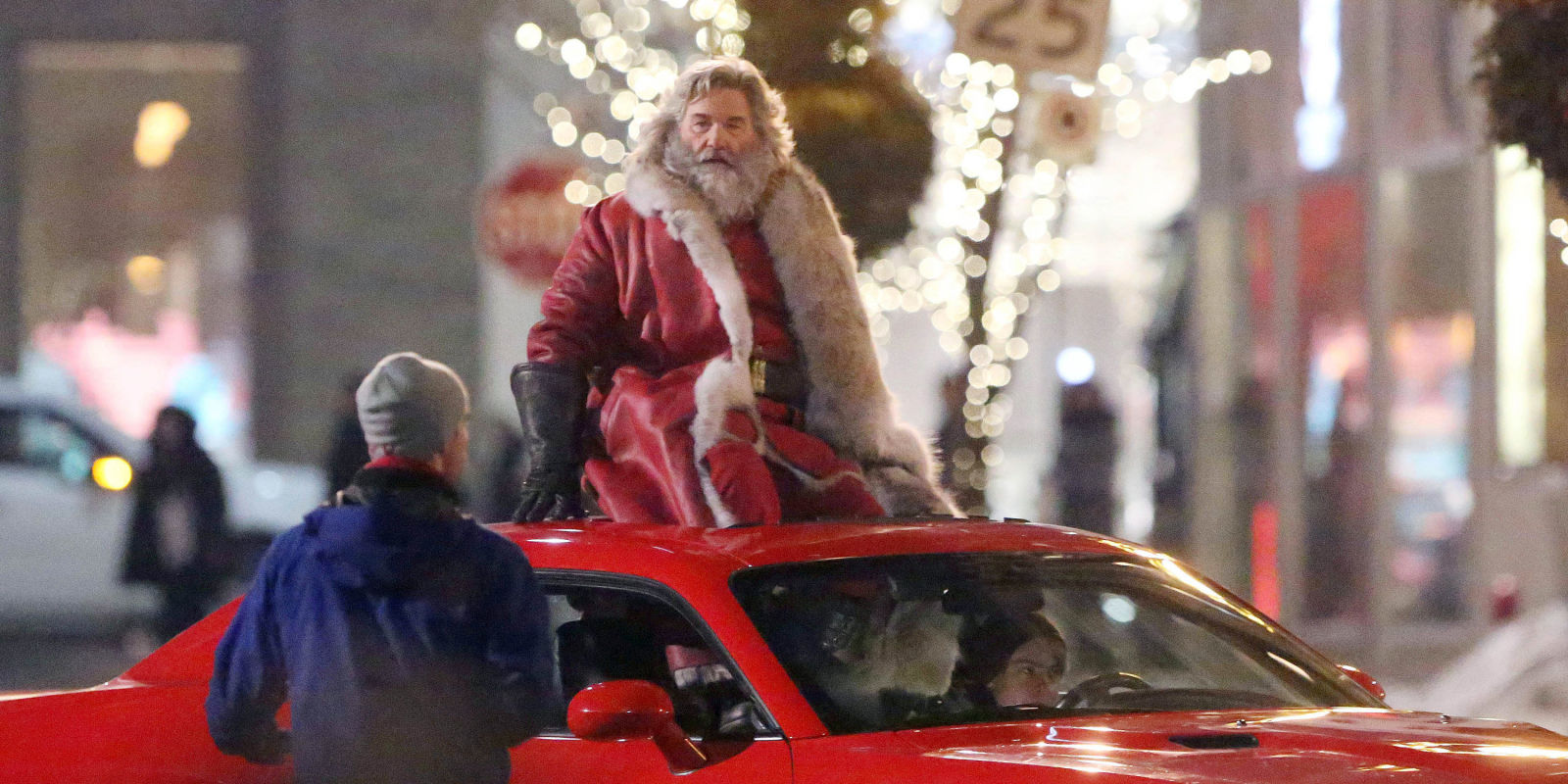 Magic for the Whole Family

Yes, that section header is purposely cheesy. The overall tone at the start of The Christmas Chronicles makes it feel like one of those Hallmark Channel holiday movies they churn out each year. I suppose casting Kimberly Williams-Paisley, a staple of those types of movies, adds to the sense of foreboding. Some of the earlier lines may make you roll your eyes, such as Santa grumbling about “fake news,” but I assure you, it gets better.  While some schmaltzy moments remain, the overall tone of the movie gets darker and funnier as it progresses.

That said, there really is some magic here. There really is a raising of spirits that takes place watching this. Or, perhaps I’m a cheesier person than I would care to admit. The Christmas Chronicles is the type of movie that could have gone very badly. Effects could have been poorly executed, or sentimental moments could have been too… sentimental. However, the filmmakers seemed to find a good balance, here. Yes, there were some moments of pure Velveeta, but with this type of movie, a little of that can be overlooked. In general, this is a refreshing take on (and perhaps a slight mocking of) standard Christmas movie fare. The casting was good, the story played out nicely, and, overall, the magic felt real.

Thank you for reading! What are you thoughts on The Christmas Chronicles? Comment down below!

Patricia Henderson resides in Northern California, and has been a writer in some form most of her life. She wrote short stories for young authors fairs as a child, and later worked on the newspaper and literary magazine in college. Writing and movies are her main passions, so blogging about movies was a logical leap to take.

I watched this last weekend and really enjoyed it from beginning to end. The story was relatable and they did an awesome job of making me care about characters. Nice to see Goldie Hawn as an up to date, fashionable, Mrs. Claus. Great new holiday movie.

That was adorable. The moment I heard her voice, I thought, “oh, here we go.” I’d hoped it would be her.

I really enjoyed this. I wasn’t sure what to expect, but it was very good. I plan on reviewing it as well. I though Kurt was fantastic!

He really was great. It was almost as if his Santa was disrupting a standard Christmas “family film.” Like he just dropped in to break up a Hallmark Channel production. ;-)

In a world where there are PLENTY of Hallmark Channel productions … I am glad it did not come off as another “Hallmark Cheese-fest”.

Same here. It almost seems like they were parodying them at some points. Russell was just so perfect for this, I can’t get over it.

that jail rock scene was amazing. yes, i know he didn’t sing it, but wow did he put on a show. the movie was worth watching for that music.

Actually, I think he did sing it. He played Elvis in a movie once, and has been known to sing his songs.

Yep. Just checked the credits. That was him.

I just want to see Kurt Russell as Santa Claus.

That’s what drew me in, too. It’s worth seeing, for sure.