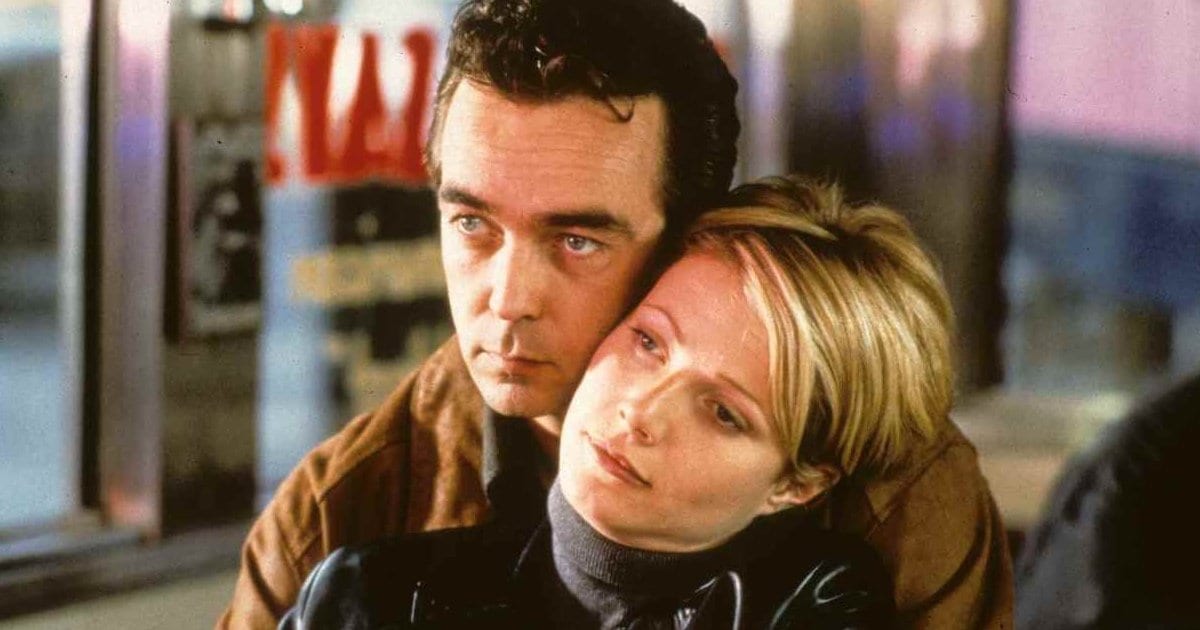 Sliding Doors, though released 20 years ago, is probably a movie that looks familiar to you. It wouldn’t have been a movie you went to see in the cinema, or decided to watch with any kind of deliberation. It is a movie you might have chanced upon when you were channel surfing and thought “this looks like something I could watch for the next hour”. When I say you, I really mean me, because what I just described was exactly my experience in discovering the movie. There was nothing else to watch, since this was before the days of Netflix and chill, so why not?

After I was done, what made me sad was the fact that this solid romantic movie is not a movie that would be known to the general viewing public. I asked a few friends whether they had seen it, they thought I was getting sliding doors for my balcony. Sliding Doors, for all its flaws, is such an intelligently made film. This movie actually discusses the concept of the Multiverse, before the theory became as widely-embedded as it is in TV and movies today. I watched it again recently for this post, and my god it still manages to elicit a strong emotional reaction from me, even all these years later, which is a testament to a stirring enough movie. The concept behind Sliding Doors involves a question I think we ponder on for a lot of our lives: How would my life be different if one thing changed? We are forever thinking about the ‘what-ifs’. What if I said yes instead of no? Could that relationship have become something? What if I didn’t miss the bus today? Maybe I wouldn’t have bumped into that guy with the hot coffee while waiting for the next one. Sliding Doors shows us the outcome and the difference that one changed event could have on our entire life — the difference between missing a train and getting on it.

Gwyneth Paltrow‘s character (Helen) begins the movie getting fired from her job. You would think it can’t get any worse for her, until we cut back to the apartment to see her boyfriend sleeping with another woman in her absence. It gets interesting because now that she’s fired, she would be coming home earlier than expected, so the whole time we’re wondering, “is she going to catch him?” The film then splits into two timelines, one where she catches the train, and one where she doesn’t.

What I like about the film is that it doesn’t just retell the other timeline. The two often intersect quite nicely, and come together to form one narrative, despite us following two different story lines. Sometimes movies that deal with the aspect of time in their narratives can get quite repetitive because events need to be played out again, but Sliding Doors never feels like that.

In Timeline 1, she meets John Hannah’s character (James) on the train. This is a significant difference between Timeline 1 and 2, because he is a key fixture in the first, and she doesn’t know him in the second. I must say that I adore John Hannah as a romantic lead. Most people would remember him as the dorky brother of Rachel Weisz‘s character in The Mummy franchise, which is a TRAVESTY. Does no one remember Four Weddings and a Funeral? His reading of W.H Auden’s “Funeral Blues” carries such poignancy and grief, and it is a clip I use every time I teach this poem in my Literature classroom.

So the world sleeps on the charms of John Hannah as a leading romantic actor, though I hope this changes if this post can convince some of you to give the movie a chance. James is patient, kind and absolutely devoted to her. They have such burning chemistry, that every time we switch back to Timeline 2 and she is with her awful boyfriend, I want to throw something at the screen.

The construct of this theory goes back to basic laws of Physics and discussions in Astronomy. For example, whenever a quantum particle changes its state, there are no laws in Physics that shows why it would do so. The theory of there being an infinite number of Universes, as opposed to just one, then allows this quantum particle change to make sense, since all possibilities or states need to be played out. As fascinating as this is, the downside is that if this is true, then it would make the Universe we are living in a sheer accident, not something created with any kind of order or preconception.

This is where it gets interesting for Sliding Doors, because whatever I just mentioned about the Multiverse is exactly what goes on in the movie. What differentiates Timeline 1 and 2 is the accidental missing of a train, essentially showing us that there is no orderliness to our existence. However, this is defied by the existence of John Hannah’s character. In Timeline 1, we see him to be the great love of her life, and we lament the existence of Timeline 2, where she doesn’t get to meet him.

This is where the genius of the movie comes in, because just as we think that maybe life is just a series of missed opportunities, they meet in Timeline 2, and while we don’t get to see it play out, we now see that he was always going to be her destination. Hence, Sliding Doors shows us that we are victim to an infinite number of possibilities, but there is still a plan and purpose to our lives. We will meet the people we need to meet, and love whom we need to love. 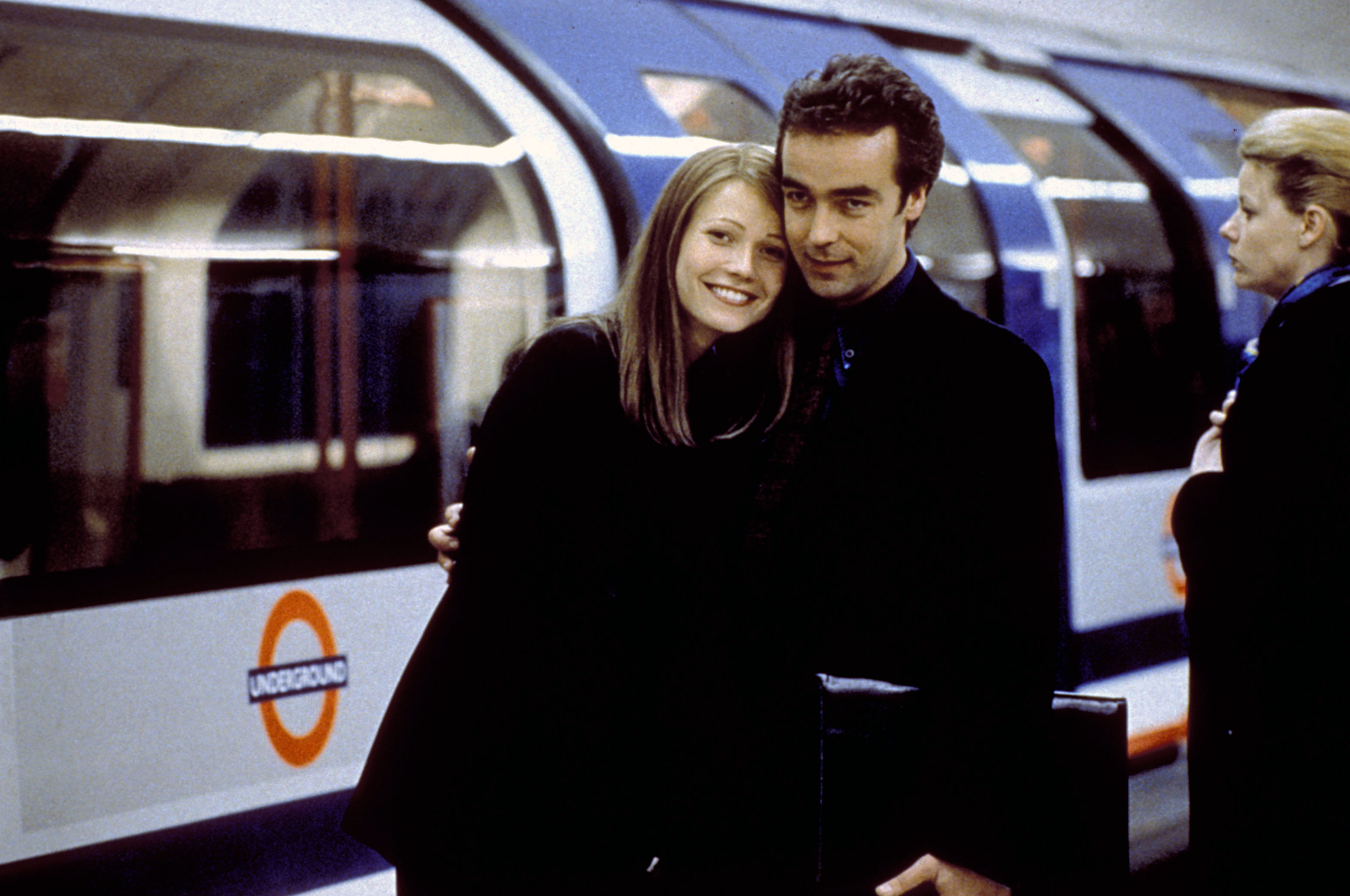 What cements this further is how the Helen of Timeline 2 has memories of Timeline 1, which I think tries to address the phenomenon we term to be déjà vu. Maybe our experience of déjà vu is essentially us living through what a doppelgänger of ours in the Multiverse has experienced. This is definitely me just thinking aloud, so do not quote me on this. This idea of us being connected to our fellow doppelgängers also contributes to our existence being something preconceived.

So now do you get what I mean when I say that Sliding Doors is a quietly brilliant movie? This is not to say that is perfect, of course it isn’t. There were times in the movie when I wished there was less melodrama and rising obstacles that existed just for the sake of complicating the narrative. But it is well-acted, well-constructed, and definitely more thought-provoking that I thought it was going to be — isn’t that what we all hope for in a movie? It’s like the Monty Python Boys always say, “Nobody expects a Spanish Inquisition.”

Thank you for reading! What are your thoughts on Sliding Doors?  Comment down below!

Thanks for the recommendation! I’m a huge John Hannah fan. I have the movie cued up on Netflix to watch after my husband gets back from walking the dog.

I feel slightly stressed now that you are watching it hahaha. Hopefully you like it! If not, at least there’s John Hannah ;)