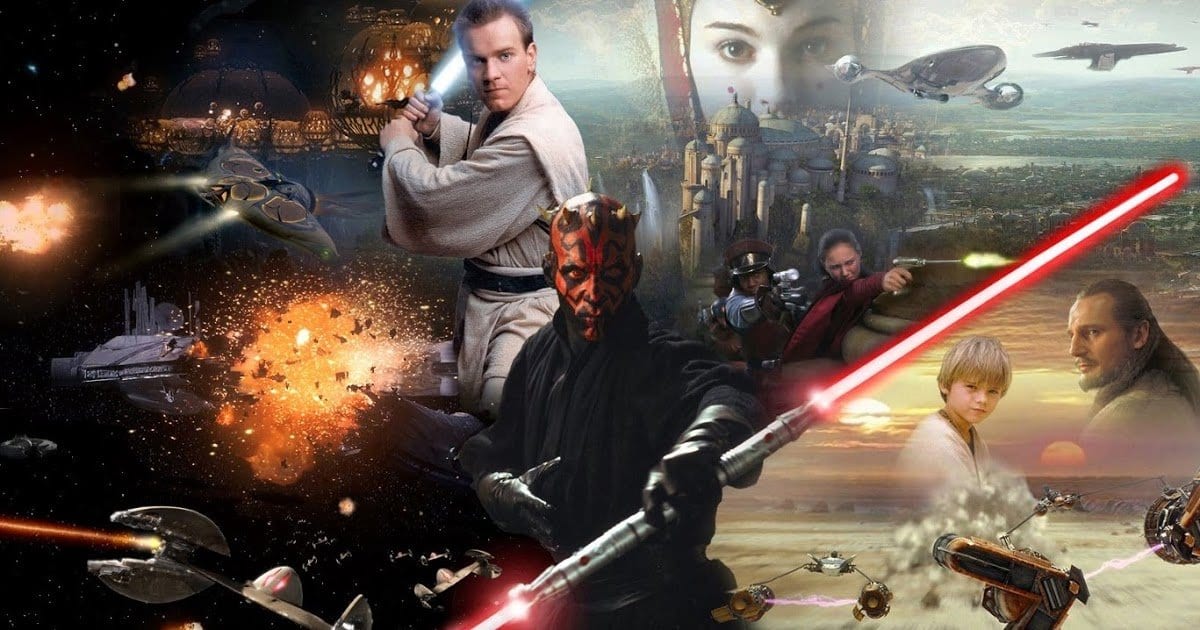 In 1999, Star Wars fans around the world queued up at their local box office, eager to step once more into the world of Star Wars. It had been 16 years since Return of the Jedi and fans were ready to return to the movies to watch another Star Wars film on the big screen. Entitled Star Wars: The Phantom Menace, the film takes place a generation before Leia (the late and very missed Carrie Fisher), Luke (Mark Hamill) and Han (Harrison Ford) wage war against the Empire.

The buildup to Phantom Menace was palpable. It was supposed to be another notch on the literal belt of George Lucas and the Star Wars narrative. Instead of being a notch, it was a black eye on the legacy of everything that is Star Wars. To this day, I cannot and will not watch this any of the Star Wars prequels, especially Phantom Menace. As a fan and writer, there are so many elements that are just plain wrong. 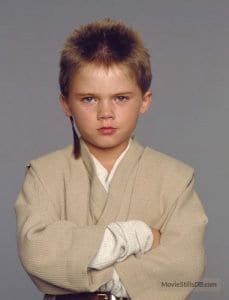 The purpose of the Phantom Menace and its sequels, Attack of the Clones (2002) and Revenge of the Sith (2005) is to tell the story of how Anakin Skywalker became Darth Vader. After forty years, Darth Vader has become an icon in our culture, regardless of how much one knows about the Star Wars. He is the ultimate villain, a representation of everything that is wrong in this world. As a viewer, I needed to believe that the young boy I was watching on-screen would grow up to become the galaxy’s biggest villain. Instead, I was watching a whiny kid whose only virtues was his ability as a pilot and a tinkerer. Two and two were not making four then, and don’t make four now.

As a writer, I understand that Lucas wanted to make the connection between Anakin and Luke as young men. In their youths, both were immature, complaining and had the potential to grate on one’s nerves. The difference between Anakin’s character arc and Luke’s character arc is that Anakin does not grow up; this allows him to become a tool for the Emperor. Luke on the other hand, does grow up and learns to control his emotions; thus, he is able to resist flipping to the dark side.

Lucas also wanted to show the difference between father and son. But where he failed is that Luke even at his most immature moments, has a youthful charm that overrides those moments. Anakin is an annoying brat and continues to be an annoying brat through episodes 2 and 3.

Special Effects Do Not a Film Make

What makes the original three Star Wars films so compelling and wonderful is that the story was and still is relevant. It’s the story of fighting for democracy over autocracy, about a small band of rebels who bravely lead the fight for freedom. That is what Star Wars has always been about. Back in the 70’s, George Lucas understood that the narrative was key to the film’s success. Due to budget constraints and a lack of the technology that today we take for granted, Lucas and his team were able to create special effects that added to the movie instead of filling in gaps in the narrative and character arcs.

In the late 90’s, he either forgot that or abandoned that concept in favor of special effects. While over-indulging in the computer technology (and not taking advantage of the practical effects that are the hallmark of episodes 4-6) that was not available twenty years earlier, he forgot that the narrative and character development will always take precedence over special effects.

The core of any successful film (or television series or stage production) is the audience’s ability to emotionally connect to the story and the characters. In the original Star Wars films, it is the characters and their story that grabbed the attention of the audience and kept that attention until the credits rolled. I remember the first time I saw the first three films was in high school, just before Phantom Menace hit theaters. Lucasfilm had then released the original series to drum up excitement about the first prequel.

Looking back, what captured my attention was the story and characters. Luke was young and imaginative. Leia was bold and capable. Han was brash and a tad arrogant. Their goal was simple: free the universe from the grips of the Empire. It these qualities that drew in audiences forty years ago and drew me in twenty years ago. Phantom Menace lacks these qualities.

One Bright Spot: Darth Maul and his Badass Lightsaber 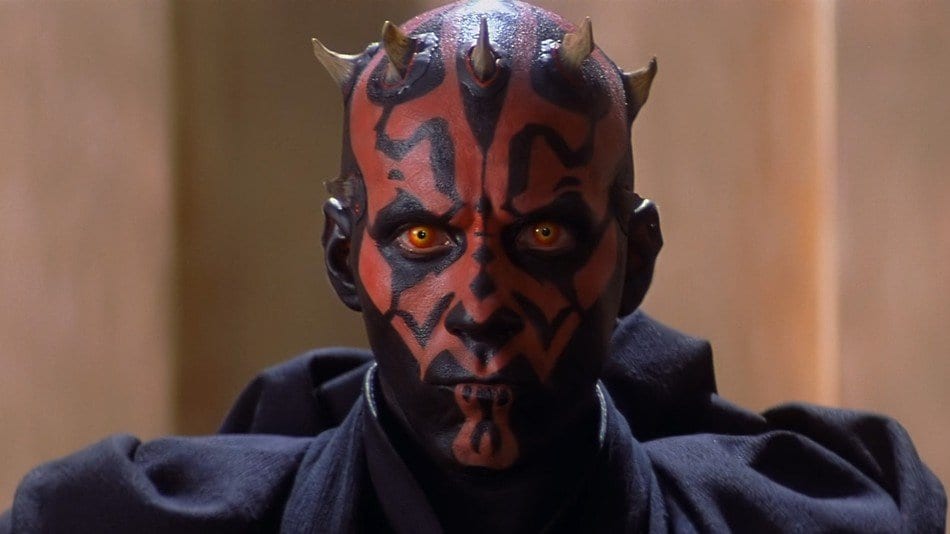 At its core, Star Wars is a story about heroes and villains. Before Anakin Skywalker transformed into Darth Vader, there was one villain who was giving the Republic and the Jedi a run for their money: Darth Maul (Ray Park). One does not need to go far into film history to see the inspirations for the lightsaber duels: the swashbuckling films of the 1930’s and 1940’s (aka 1938’s The Adventures of Robin Hood or 1942’s The Black Swan).

If I were to rank lightsaber duels, near the top of my list would be the duel between Maul and Obi-Wan (Ewan McGregor) and Qui-Gon (Liam Neeson). It is everything I could ask for in a light saber duel. Of all the baddies whom our heroes had confronted up this point, Maul was the only one who had the ability and the opportunity to stop the Jedi in their tracks.

Maul also has the most badass lightsaber in the galaxy. The only other lightsaber that comes close to Maul’s in terms of being badass is Kylo Ren’s (Adam Driver) crossguard lightsaber.

From my perspective, Phantom Menace is the worst film in the Star Wars franchise. Instead of delivering a film that added to the legacy of Star Wars, Lucas nearly destroyed that legacy with overblown special effects, character and narrative development that were sorely lacking and the lack of real perspective on what makes a good film. It was only with the release of The Force Awakens in 2015 that the qualities that made Star Wars great shined again.

Thank you for reading! What are your thoughts on Star Wars: The Phantom Menace? Comment down below!

“It’s the story of fighting for democracy over autocracy, about a small band of rebels who bravely lead the fight for freedom. That is what Star Wars has always been about.”

I agree with nearly everything you’ve written, but I think the above quote is only half correct. Star Wars is certainly about freedom from tyranny, but it is also, and arguably, more about the personal, internal struggle against the dark potential that resides within each of us. Luke has to fight against his own hate and anger in order to win the struggle and resist the dark side. The struggle that his father lost.

I totally agree with you, this movie is terrible and I have also always thought so. And now I abandoned the Star Wars franchise, I cannot take anymore the same story and characters over and over again…

I fully understand you, after all I’m in the minority of people who have enough of the saga, judging from the box office results! :–)

I’m a person and my name is Anakin.

Same.
And I own the damn thing on DVD, too…