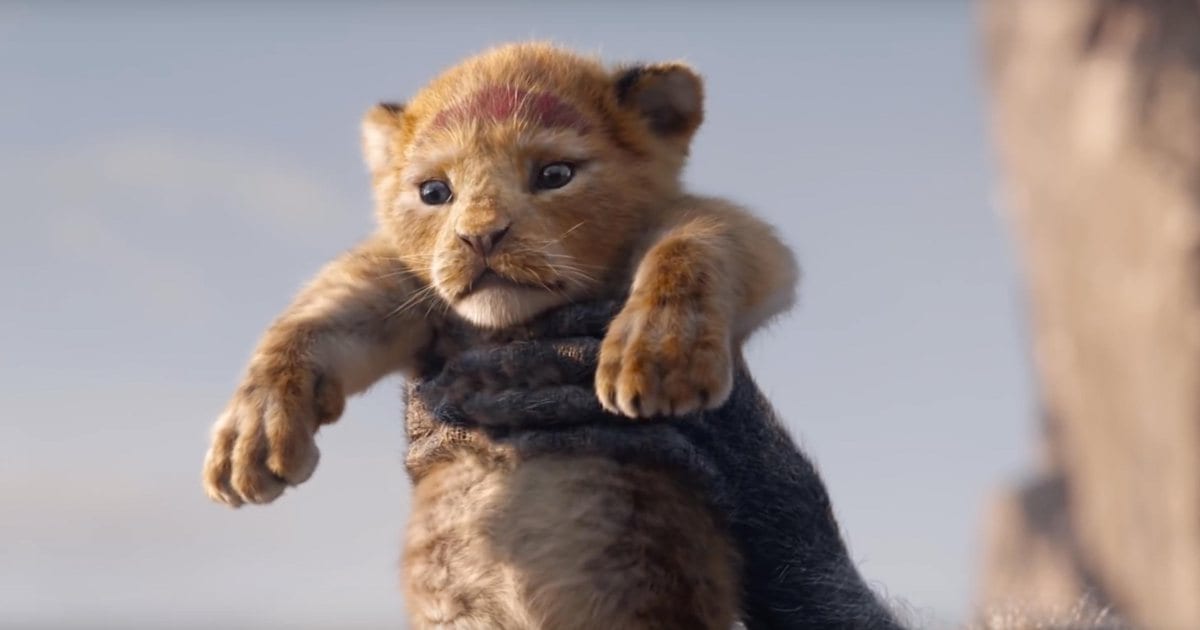 The following article on Disney and its outlook for 2019 was published in its original form on 71Republic on December 2nd.

Disney has always been a successful studio. One that often times has branded itself through the heart of a child in terms of things little girls and boys love when they grow up, whether it be Disney Princesses or Mickey Mouse. Over the last several years, however, Disney has not just been an insanely successful studio, it has truly built a machine that has made it the most successful studio in the history of film and 2019 will be the year Disney completes its takeover of the industry.

Disney owns a surplus of other film studios such as Pixar, Lucasfilm, recently Marvel and even more recently 20th Century Fox (the $71 billion-dollar purchase was made earlier this year). In owning these widely successful studios Disney is able to expand its scale of diversity in the film industry by pumping out franchises like The Avengers or Star Wars in addition to the Disney classics that still hold a great deal of popularity today. This machine that Disney has built over the past several years will come into full swing in 2019 as many of its great animated classics will follow the trend of being remade into live action, not only this but some of the greatest sci-fi franchises are commencing into what will be a year that will forever change their paths and journeys. All of this lining up in 2019 means Disney will capitalize on the year in a way that has never been done before.

Let’s break it down. Infinity War saw tremendous success this year and marched its way toward being the fourth highest grossing film of all time with tons of fan and critics praise… the film ended on a cliffhanger and the sequel drops domestically April 26th of 2019. More is coming from the Marvel Universe in 2019 as well. The widely anticipated Captain Marvel hits theaters March 8th and the sequel to the Tom Holland-led Spider-Man film also drops in July of next year. That is three mega Marvel movies all dropping in 2019; that’s easy cash for Disney.

Moving forward from this, despite the box office bomb that was Solo, the Star Wars saga will continue to dominate the screens when the 9th film in the main series and the end of this trilogy hits theaters in December of next year. Ignoring Solo, the other three Disney released Star Wars films have all smashed by the 1-billion-dollar mark and The Force Awakens just so happens to be third on the list of highest grossing films of all time, so expect Star Wars IX, which is directed by J.J Abrams, to be another huge sensation. 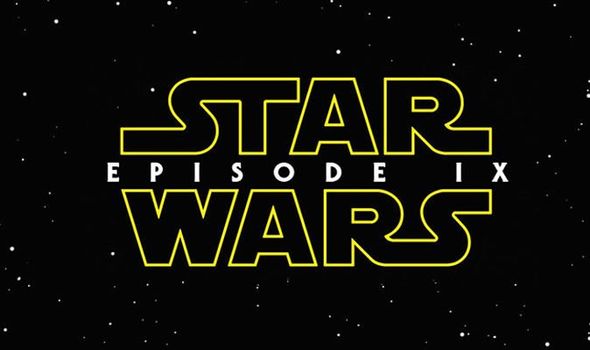 While there are a few out there that are not big fans of the live-action adaptations, viewing them as cheap, tacky or just plain old money grabs, they will undeniably be insanely successful. The live-action adaptation of The Jungle Book which came out in 2016 earned just shy of $1 billion and the Beauty and the Beast adaptation garnered over $1.26 billion in earnings when it came out in March of 2017. Heck, even Maleficent (live-action take on Sleeping Beauty) even earned over $700 million when it came out in 2014 despite scathing reviews. It’s safe to say that these three films will be major successes next year just based off nostalgia alone, you have kids that went to see these films originally that may now be taking their kids, and not to mention taking their parents who took them to see these films way back when. 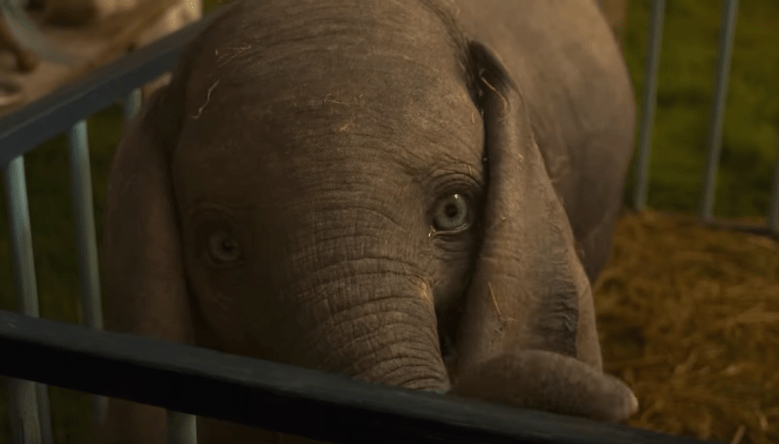 Live-action adaptations of absolutely classic films like The Lion King are a way to artistically revamp the story and tap into the generational nostalgia which will guarantee a boat load of cash. If these films follow the success of The Jungle Book and Beauty and the Beast, which early tracking shows they might, they could earn up to a combined $3 billion, and even that estimate may be a conservative one depending on who you ask.

Let’s keep going, shall we? Pixar will also release a film next year, the fourth installment to a franchise you may have heard of, it involves talking toys. Yes, that is right. Toy Story 4 is coming out in June of next year and if it is anything remotely close to Toy Story 3 success-wise, it will gross a ton of money. Toy Story 4 will come out at such a convenient time, with ten years in between the last film and this one. When Toy Story 3 came out in 2009 it seemingly came out at a perfect time as well, the kids that adored the first two were grown up, they also had ten years in between installments and this led to Toy Story 3 making a little over $1 billion at the box office. Toy Story 4 can definitely do the same, if not maybe even better.

That isn’t it however in terms of animation. Disney will also be releasing a highly anticipated sequel to the movie Frozen. When Frozen came out in 2013 it didn’t only lead to an onslaught of catchy songs, it also led to several trips to the theatres. Frozen ended up being the highest grossing animated film of all time with total earnings at $1.29 billion dollars. Yeah, Frozen kicked ass. Frozen 2 will come six years after its predecessor and if the success of the first is any measure of how it may do, it definitely has potential to follow up with a huge box office take. 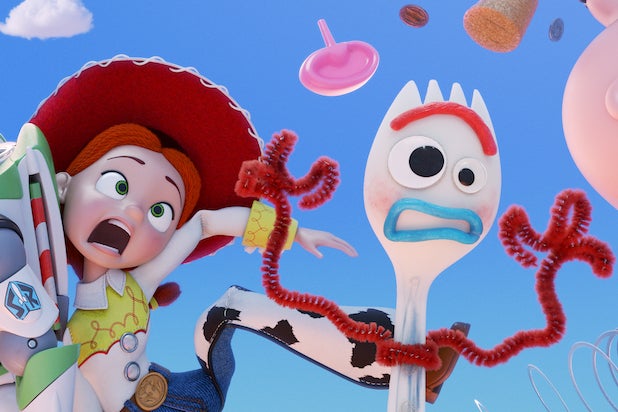 Disney’s Takeover of the Industry will be Complete

2019 is going to be an epic year for movies and an absolute golden one for Disney, the only question is, will fans be coming out to see these movies again and again and again? Will the average family make a trip to the theaters for all three-live action Disney classic adaptations as well as see Toy Story 4 in between? I think it’s safe to say there’s a potential for a film to take a hit due to the overly stuffed amount of films due for release. I would guess that Dumbo would be the one to take this hit because I feel it’s just a fact that Aladdin, Toy Story 4 and The Lion King all just have nostalgic ties to more people, but then you can also argue that Dumbo may not take such a hit, and why is that?Well, the Walt Disney Studios schedulers are not a stupid bunch. Dumbo is set to be the first film to be released out of those films previously listed. This is a smart release slot and the best move Disney could have made regarding their scheduling.

The Disney takeover is almost complete and 2019 will be a year in which Disney will take in record numbers from moviegoers, let’s just hope these films deliver in giving us the perfect dose of nostalgia, fresh feeling and quality that I believe we all want to see.

Thank you for reading! What are you thoughts on Disney’s prospects in 2019? Comment down below!

Very Interesting. Though I think it is still a little uncertain as to if Star Wars Episode 9 is going to be a hit with fans.