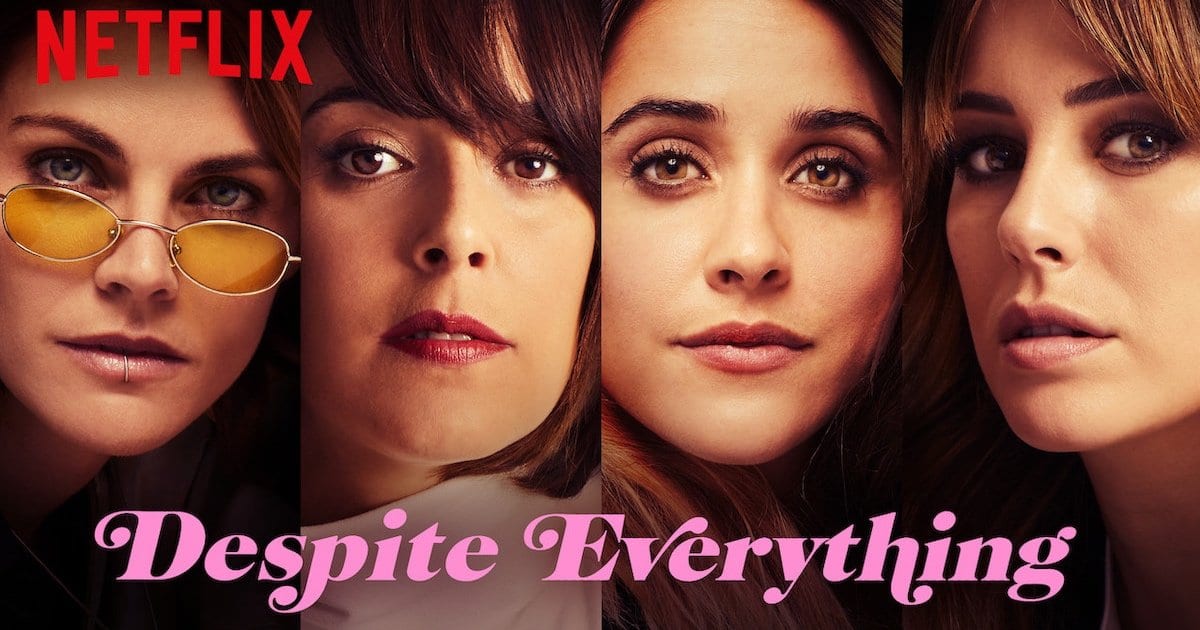 It’s always worth noting what a new Netflix film means in the larger scope of the company. With the service essentially at saturation levels here in the U.S., the only way to expand is through other territories, pulling content together packaging it for other countries. And that’s where Despite Everything — or A Pesar de Todo if you are going by the film’s Spanish-language title — comes into the picture. It’s a rather typical rom-com that positions four actresses that are meant to be likable in the lead roles, and you’re mileage depends on whether or not you’re willing to go this well once more. But hey, it might work really well for its intended audience.

Written By: Eugene B. Rhee, Helena Rhee, and Gabriela Tagliavini

Four sisters with very different personalities come together for their mother’s funeral and discover that the man they knew as their father was not their biological father after all, and that they had different dads individually.  As a condition of the will, they set out to find the mystery men.

So, first off, if that sounds like a silly set up for a movie, that’s because it is. This film is utterly surface, as light as the froth on a cappuccino. The sisters are archetypes first, people second. You know the arty one is arty because she has a lip ring and a girlfriend. The neurotic one is introduced having wine and pills for breakfast. And yet….sometimes you want some froth. Not every movie can be by Terrence Malick.

You can do worse than this film, but you probably have been through most of the scenes before. If you want to play “Rom-com cliché bingo,” there’s a lot of boxes to check off.  Woman in high-powered yet curiously ill-defined job in fashion? Check. Uptight character being introduced to marijuana via comically large joint? Check. Last minute run to a station to stop your love interest leaving? Check.

I’d say you probably already have a good idea of whether you’ll enjoy this or not. But if you’re on the fence…

The cast (including the iconic Rossy de Palma, frequent collaborator with Pedro Almodovar) are game, and they bounce well off each other. Carlos Bardem (brother of Javier) in particular, has enormous fun as a bohemian painter focused entirely on nudes.

Despite Everything zips along and at 78 minutes it doesn’t overstay its welcome, the episodic nature of following each daughter’s search ensures if there’s a bit you don’t like it doesn’t last long.

It’s a sunny, good-looking movie that will undoubtedly leave you smiling if you go with it. It’s a nicely progressive film with the LGBTQ characters just accepted in a healthy way by the other characters.

There are none of the frankly weird behaviors that other rom-coms indulge in and gloss over the problematic aspects of. Nobody is standing outside someones house with cue cards to carry out their stalking of their best friends wife a la Love Actually or falling in love with and stalking someone on the basis of hearing their voice on the radio like Sleepless In Seattle.

There’s no attempt to explain why four sisters would have such wildly different characters other than the different dads thing. They were still raised by the same parents, they should be at least slightly alike, you’d think.

The short running time leaves no space for backstory. One romantic subplot isn’t so much explained as just signposted by musical queues. Really, you need more than two cute people looking at each other while violins play to base a relationship on.

The setup is absolute nonsense, with apparently everyone other than the sisters having quietly waited thirty odd years to tell what they know. It becomes clear that the mother knew exactly who sired who, so why she would carry that the posthumous scavenger hunt is a mystery.

Despite Everything is about as subtle as a brick. 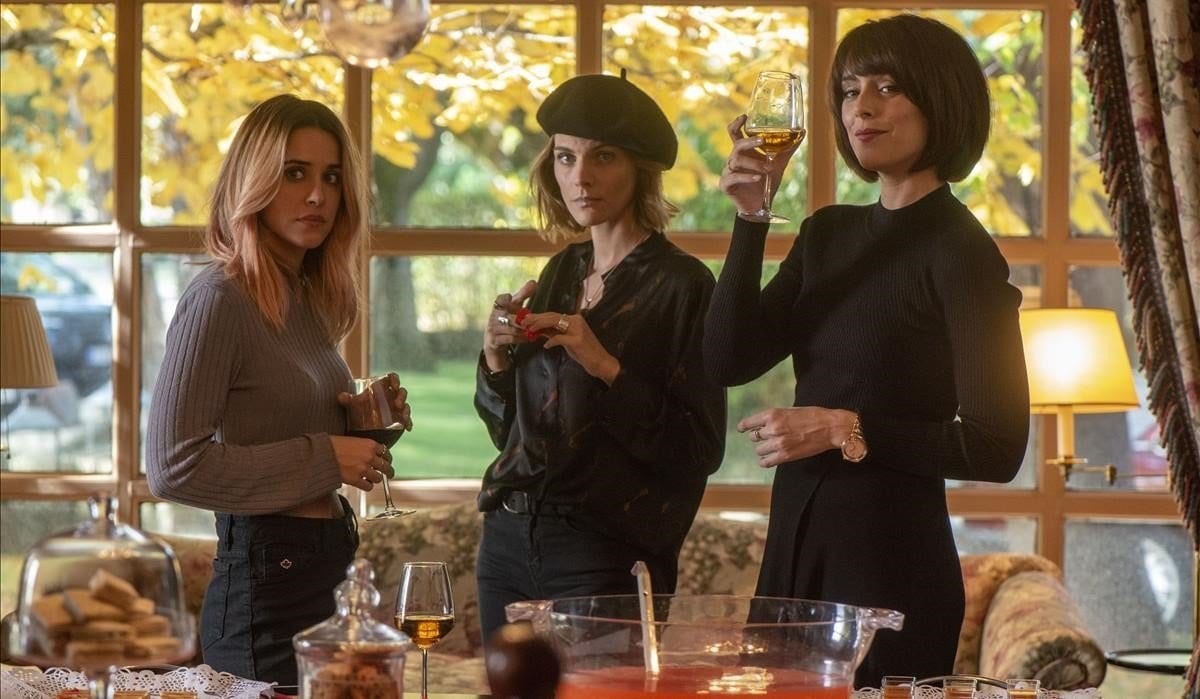 Look, she must be arty, she’s wearing a beret. (Picture from cosmopolitan.es)

As mentioned earlier, if you’re looking at the reviews for rom-coms, then you don’t have an aversion to them. If so, Despite Everything is a perfectly cromulent way to pass an hour and change. It’s not going to set the world alight or linger long in the memory but if you’re in the mood for some lovey-dovey fluff then this will deliver a smile.

Thank you for reading! What are your thoughts on Despite Everything? Comment down below!