Pride Month: A Look Back at LGBT Characters In 3 Old Hollywood Films 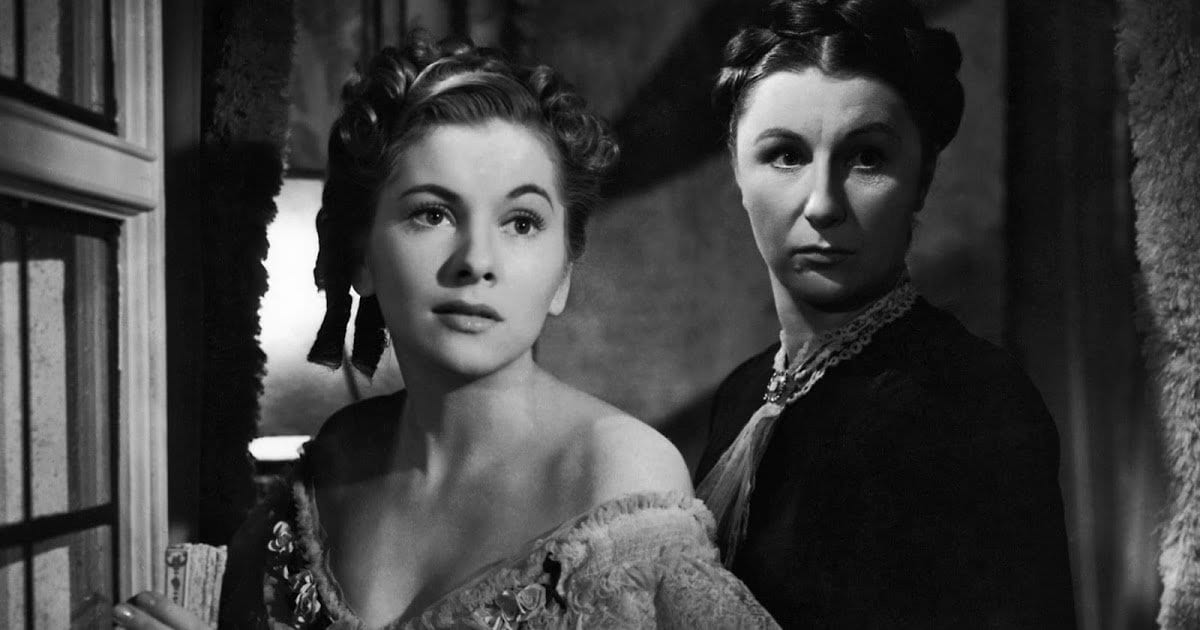 Movies made during Hollywood’s Golden Age weren’t always kind to the LGBT community. As little more than a covert group of sexual deviants, LGBT people were thought of as an aspect of America’s dark underbelly. The appearance of LGBT characters was, in theory, scrubbed from the media after the enactment of the Hays Code in 1934. By then, films became even more censored than their slightly risque predecessors. Though the pre-code media didn’t exactly embrace LGBT characters, the rules were loose enough to allow a cross-dressed Marlene Dietrich to kiss a woman on-screen. And the silent film stars, Charlie Chaplin and Fatty Arbuckle could appear in drag–and, in a sense, make gay men, who were then referred to as “pansies,” the butt of a joke.

The joke was largely over, though, when Hollywood cracked down on censorship. But filmmakers still snuck hints of homosexual activity into their films. So subtle were the hints that they escaped censors.

Since the history of LGBT people in movies is such a broad topic, to narrow it down a bit I’ll be focusing on the portrayal of lesbian and bisexual women in 3 post-code films–ranked from oldest to newest. Within my top 3, we’ll see a lesbian who’s killed by a phallic weapon and a sinister housekeeper whose twisted persona includes a romantic interest in her dead mistress.

Maybe in looking at such old films through a modern lens, we can measure how far we’ve come with LGBT representations and how much further we need to go.

Alfred Hitchcock’s 1940 film, Rebecca, tells the story of a young woman who falls in love and marries Maxim de Winter, the owner of Manderley — a grand estate on a strand in England. While living at Manderley, Mrs. de Winter is haunted by the memory and remnants of Rebecca, Maxim’s dead wife. The creepiest and best-remembered character in the film is the ghostly, austere Mrs. Danvers, who serves Manderley as the head housekeeper and serves the film as an evil stepmother-like character.

Mrs. Danvers’ lesbianism is implied by the deep connection she has with Rebecca. She looks after the deceased woman’s bedroom, maintaining like a shrine and showing a devotion to Rebecca that’s as strong as the young Mrs. de Winter’s devotion to her husband. Mrs. Danvers comes across as a widow, roaming Manderley dressed in all black and jealously guarding Rebecca’s memory. She was Rebecca’s closest confidante and she even embroidered a pillow cover for her with her initial R embedded in it. This would be touching if only Danvers wasn’t meant to be a wicked antagonist to the young Mrs. de Winter. In one scene, she goes so far as to try to use her mind-bending tricks to get Mrs. de Winter to jump off a balcony. 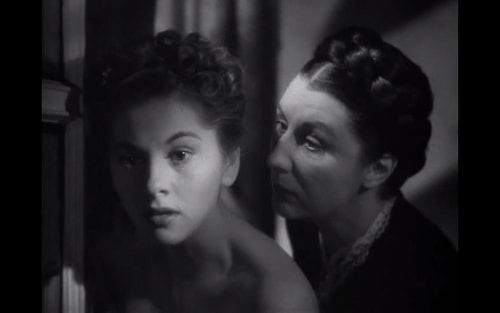 This 1963 horror flick tells the story of an isolated, unstable woman, Eleanor, who leaves her sister’s home to partake in an anthropologist’s (Dr. Markaway’s) psychical study at a haunted mansion called “Hill House.” She joins a motley group, including Theo, a worldly telepath, and Luke, the irreverent heir of Hill House who plays the role of the skeptic.

Theo is a more positive lesbian/bi representation because she’s not a villain or a predator. She forms a warm bond with Eleanor and it’s implied she has a girlfriend back home. When Eleanor asks about her apartment, Theo says “it’s an old place we’ve furnished ourselves from a lot of stuff we picked up from the junk shops. We both love fixing over old things.” Eleanor follows up with “Are you married,” and Theo responds in the negative. But she’s not treated as defective and in need of a man’s rescue.

At one heated point in the film, Theo does get called “nature’s mistake” by Eleanor, but she says it in an outburst that reveals Eleanor’s hostility and instability. In other words, it says more about Eleanor’s issues than Theo’s. Unusual for a film of that period, there is no moral judgment passed on her. She’s not killed or punished by the house, nor is she treated like an outcast by her peers at Hill House. 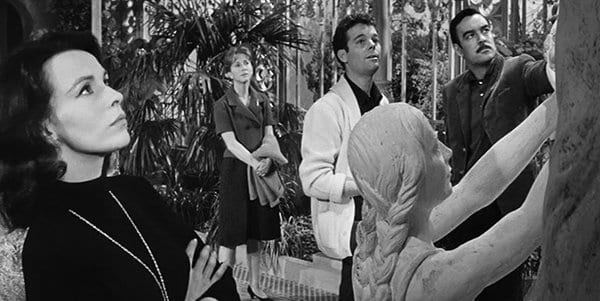 Released in 1967, Director Mark Rydell’s The Fox tells the story of two lovers — Ellen and Jill — who are trying (and failing) to run a rural farm. A masculine force encroaches in the form of Paul, a guy who brings the farm up to par and proposes marriage to the strong-willed Ellen. A love triangle ensues and Jill, in a display of dominance against Paul, winds up getting crushed by a tree he’s chopping down. The film ends with Ellen going off with Paul.

It’s hard not to notice the patriarchal message of The Fox. Though Hollywood’s censors were losing their influence and authority by 1967, we still don’t see a progressive perspective on same-sex relationships. The film seems to be saying that Ellen and Jill are afraid of men and that’s why they isolate themselves on a backwoods farm. What’s worse, the symbolism of Jill getting squashed by the phallic tree is probably the most cringe-worthy part of the film.

Aside from propounding the idea of male supremacy, The Fox also feels like it carries a gay conversion message. 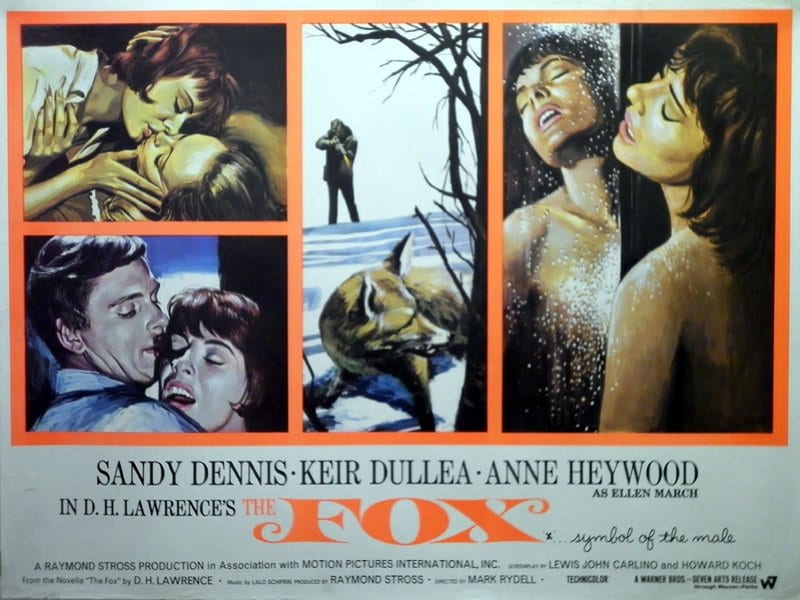 My favorite character from the three is Theo. Even though her character can’t be too openly gay (it’s 1963, after all) it’s implied that some of her peers know she prefers the ladies, particularly Eleanor and Luke, but she’s not ostracized for it. The only thing that struck me as strange was when in the trailer for The Haunting, Dr. Markaway describes Theo as “something of a witch, who could see into the future.” Is this intended to ascribe an exotic, maybe even a sinister quality to Theo? Regardless, she’s the best of the bunch because she’s not a predatory character, nor is she in need of “fixing.”

These films barely skirt the margins of the vast collection of classic films that subtly show LGBT characters. But the 3 films demonstrate two common situations: 1. the non-straight woman who’s a secondary character. And 2. The character who is at the forefront, like the ladies in The Fox, but needs to be straightened out. Let’s hope that if we take a second glance at these older representations of lesbian/bi-women we can better recognize, and scrutinize, some of the old themes and stereotypes when they creep into modern cinema.

Thanks for reading! share your thoughts on LGBT portrayals in modern film. Have they gotten much better since the old days of Hollywood? Comment below!

[…] airport, hoping Sylvie will arrive and join him on the flight in a sweeping romantic gesture that Old Hollywood went gaga for decades ago. The problem is, Sylvie’s Love is rather perfunctory from start to […]

[…] doesn’t (or shouldn’t) take Pride Month for someone to realize how many great LGBTQ films there are. Particularly, the 21st century has […]

Really great artical you got there Jillian. 😊😊
I would recommend with “blue is the warmest color ” if you’re a fan of LGBT French movies.
You can visit my blog to learn more about LGBT history. ❤

Nice Jillian! I actually just finished up a post about a few slightly more indie LGBTQ+ films people should watch. Have a read! http://www.narnoldknows.com/lgbtq-films-not-heard-of/

Great review. Unfortunately, we human beings still have a “difference is bad” attitude and many classic (and some current) films reflect this.

Oh and that being bi and being polyamorous are the same. 🙄

The polyamory certainly comes up in The Fox. It sounds interesting to analyze. I’ll make sure to check the film out!

Wow. How interesting. Sadly, a film I’m reviewing now (made this year), contains some of the same themes as The Fox.

Which film is that?

It’s a Netflix film from France called, “To Each, Her Own.” It trying to be ultra-progressive, but it ends up falling into that, “every lesbian will eventually sleep with a dude” trope that goes on.

Oops, that was “it was trying…”

Great analysis!
I’ve seen all three of those films, and yes, of those three examples I agree that Theo (Claire Bloom) of “The Haunting” is (by far) the most modern and wonderfully unapologetic. She’s a great character.

I also remember the 1961 adaptation of “The Children’s Hour” (based on Lillian Hellman’s play). Hard to believe it came out only two years before “The Haunting,” as it was so retrograde in its depiction of Shirley MacLaine’s homosexuality as ‘dirty’ and ‘disgusting.’

Society’s come far in the last few decades, but we can’t rest on past accomplishments; it’s an ongoing process.

Shouldn’t be, it is deviation from our original design and does harm to a society at whole. It takes a male and female union to propogating life and continue society.